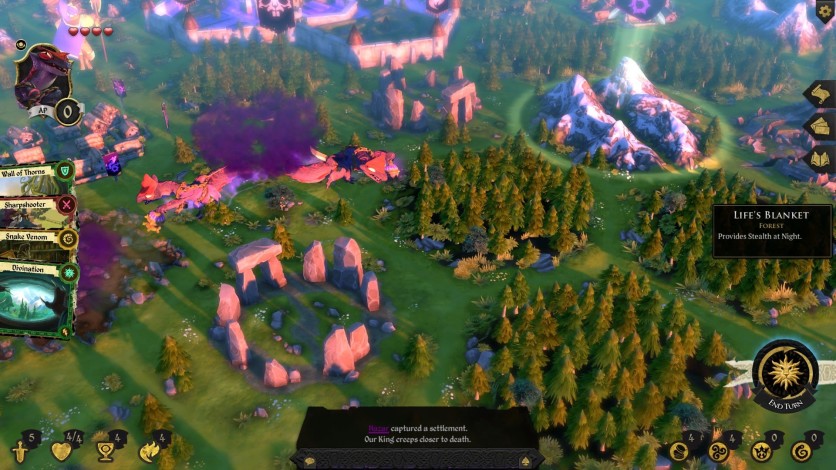 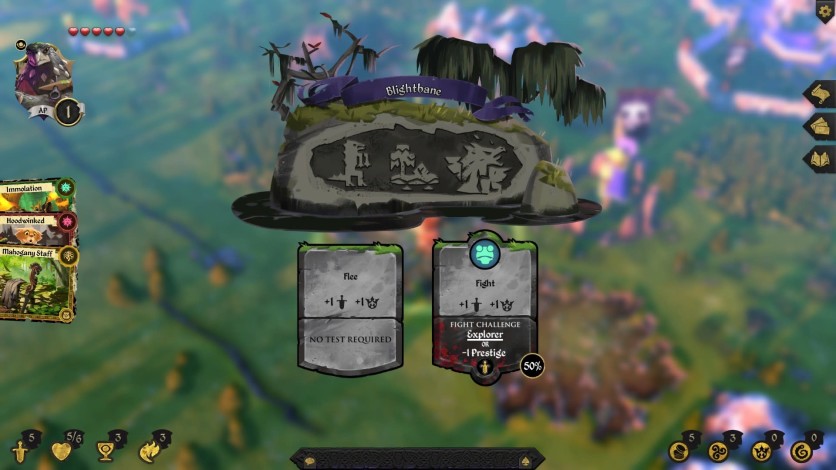 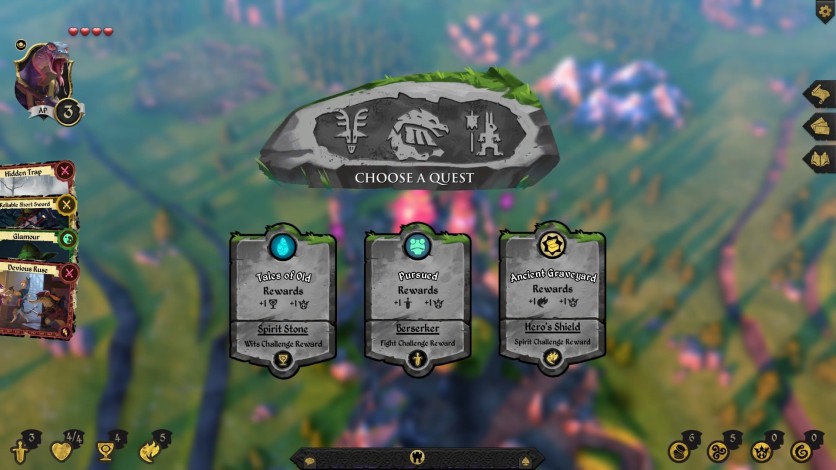 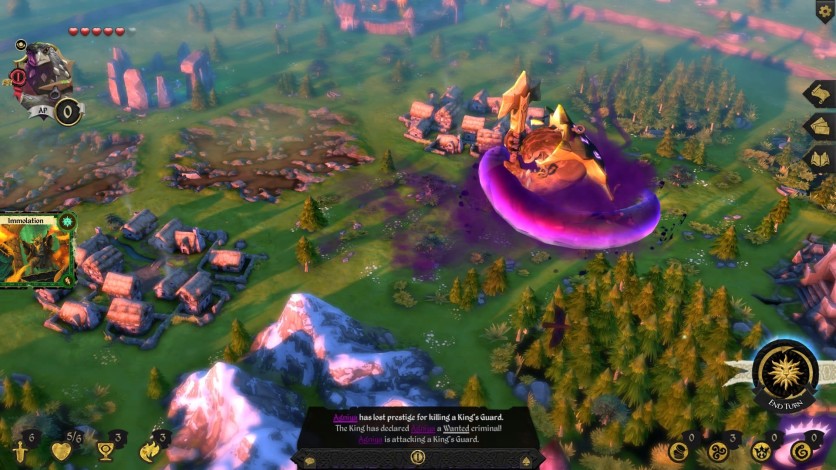 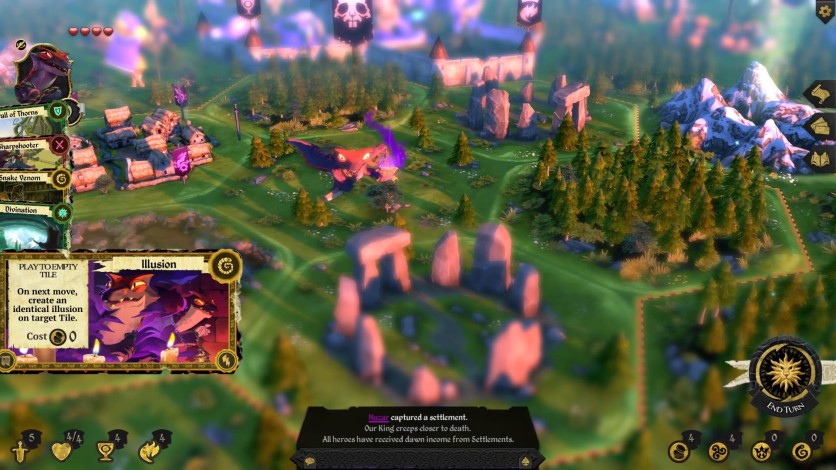 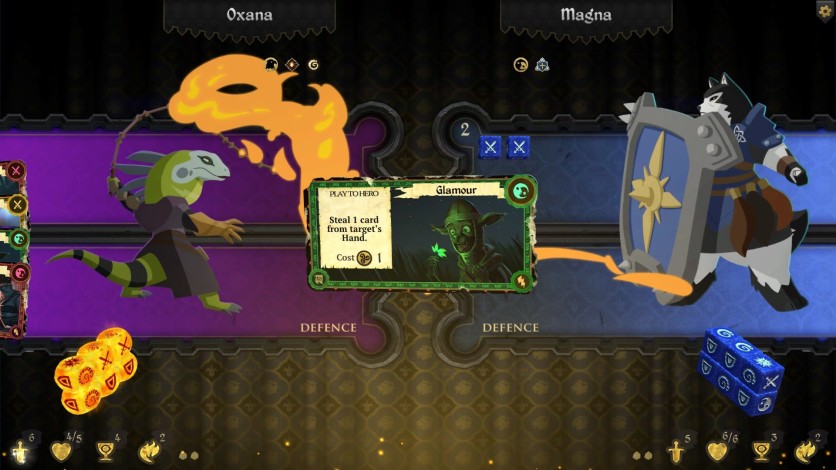 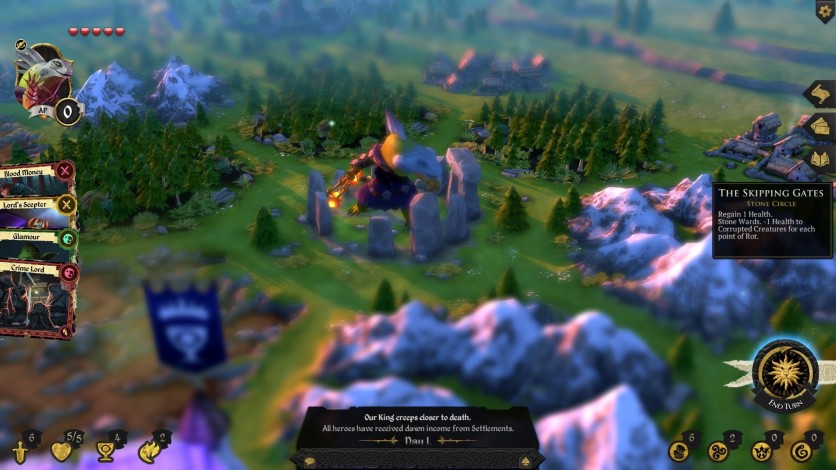 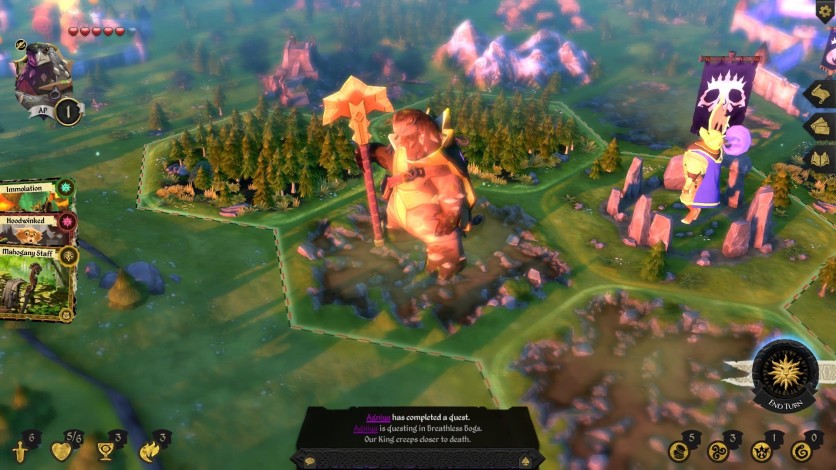 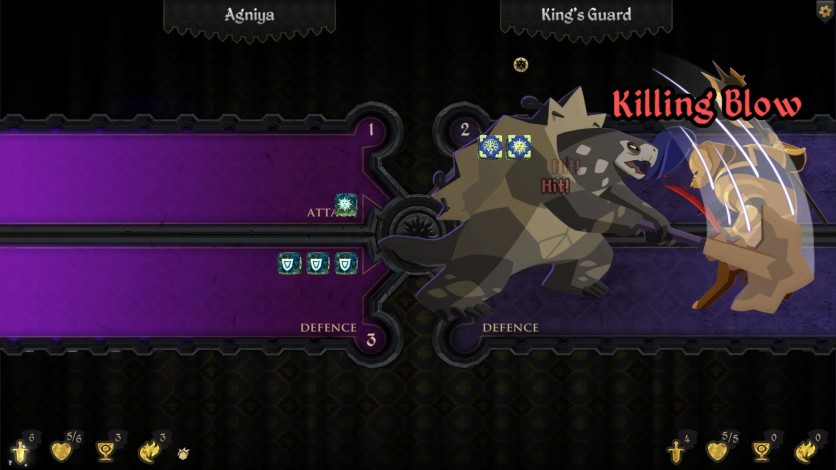 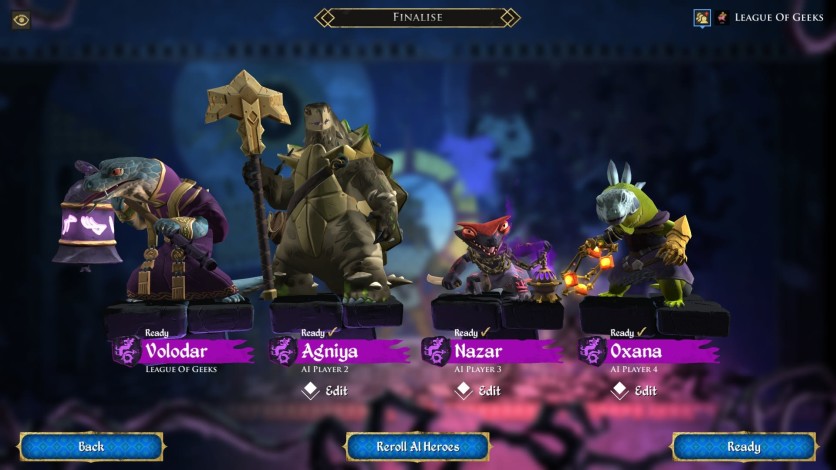 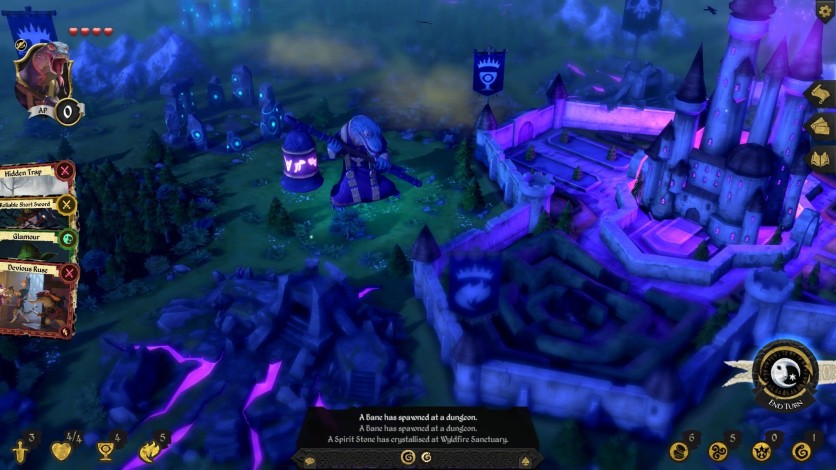 Join the insidious band of scaled heroes in their journey to reclaim their birthright, Armello's throne.

Oxana, The Sentinel: A member of the elite group of Druid hunters, she is the perfect weapon against the Wyld;

Agniya, The Revenant: Likely the oldest creature in Armello, this ancient warrior still holds her oath to the Worm;

Nazar, Worm's Will: An illusionist devoted to The Worm who is as crafty as he is paranoid.