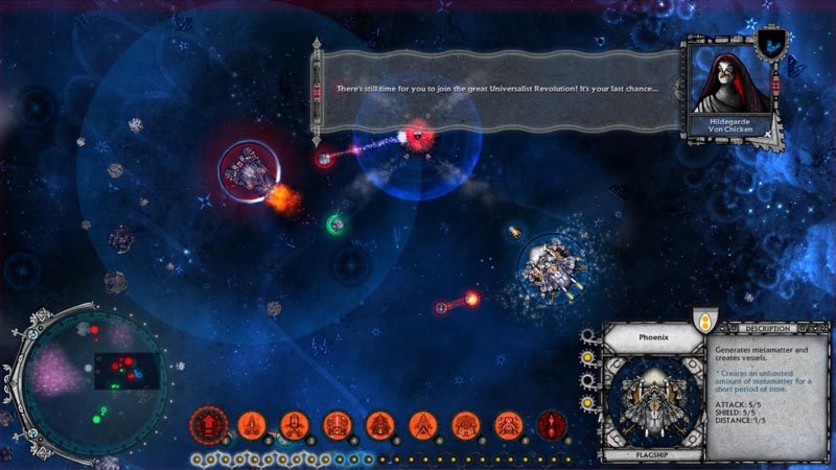 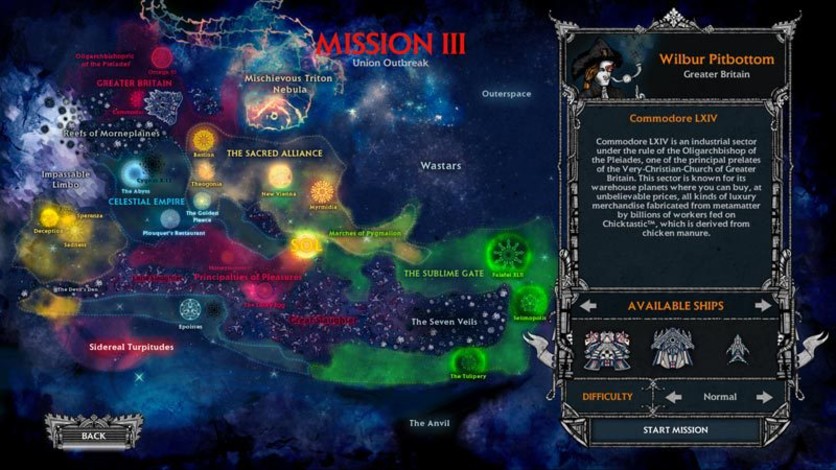 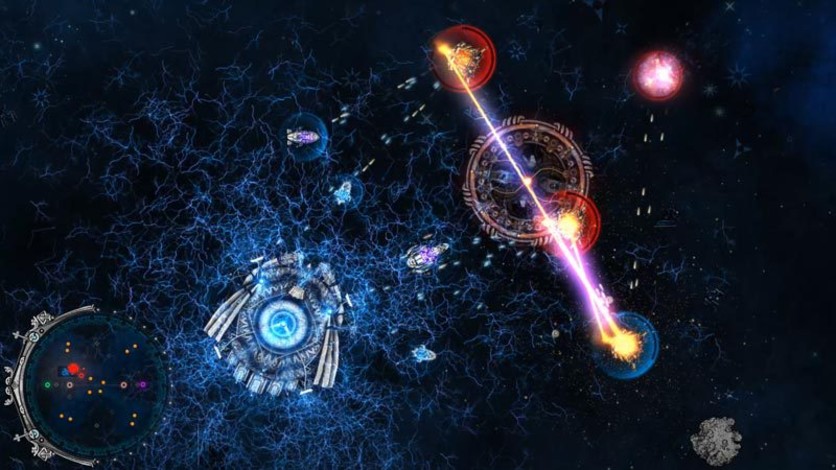 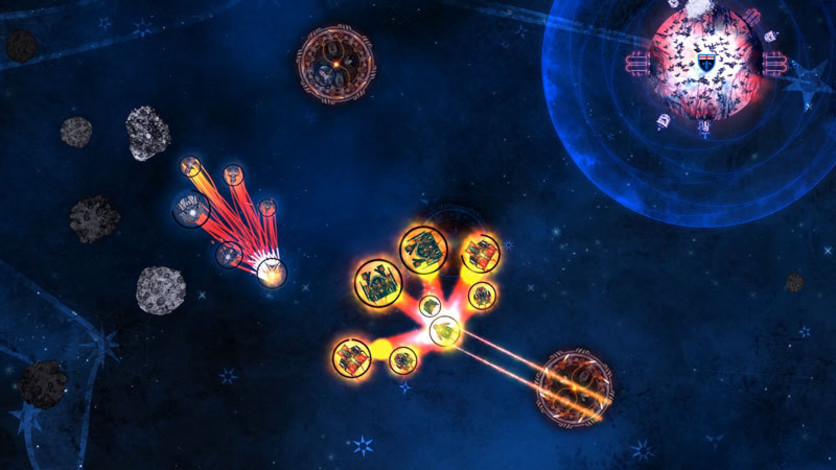 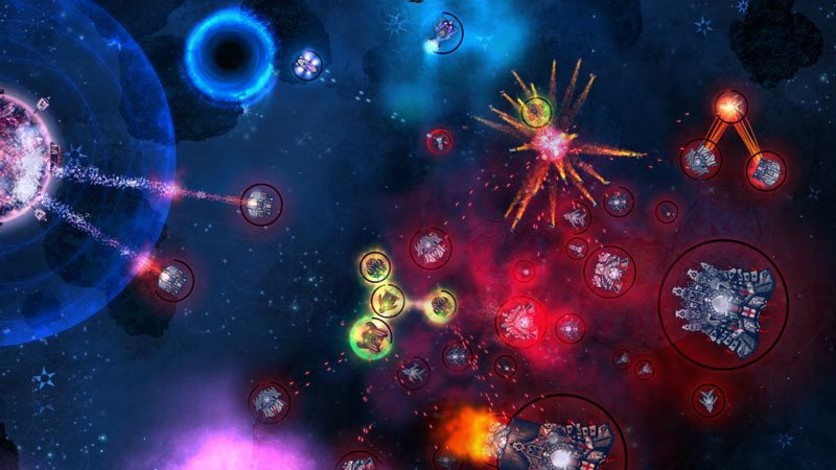 Spaceships, lasers, and… chickens! What more could you ask for?

Conflicks: Revolutionary Space Battles is a creative new take on space-themed videogames that merges the deep, thoughtful gameplay of real-time strategy with the intuitive accessibility of physics-based games.

The game universe is a futuristic alternate history of the European Renaissance that combines elements from the 16th, 17th and 18th centuries with science fiction and an oddball sense of humor into a stylized, absurdist world that never takes itself too seriously. Conflicks can be played in a single-player campaign mode where missions are linked together by a story, as well as in multiplayer skirmishes.

Pledge your allegiance to Greater-Britain, the Celestial Empire, the Sacred Alliance or the Sublime Gate and harvest metamatter in the name of your emperor, or join the Chk’Rathii and lead the Revolution against those poultry-hoarding galactic despots!