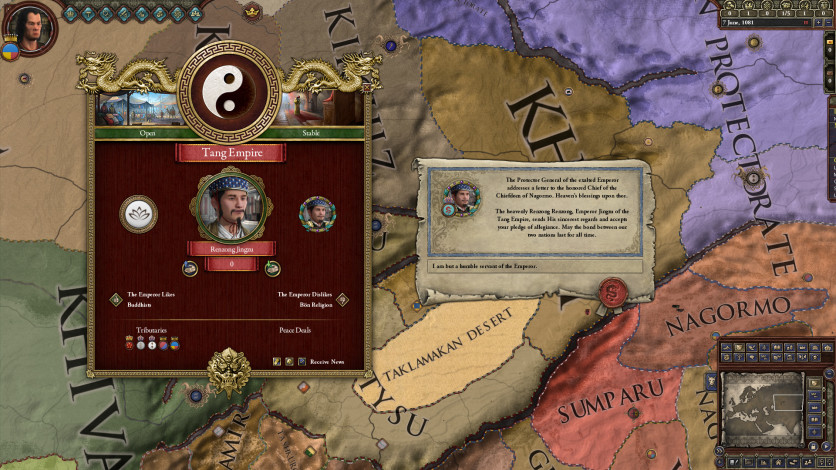 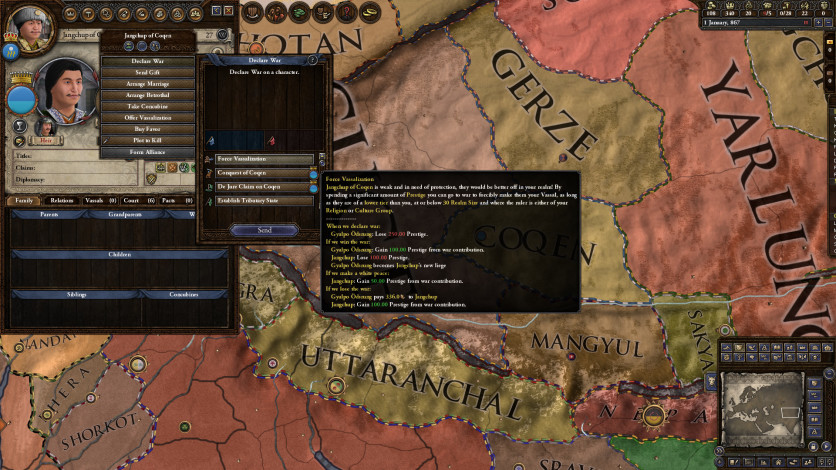 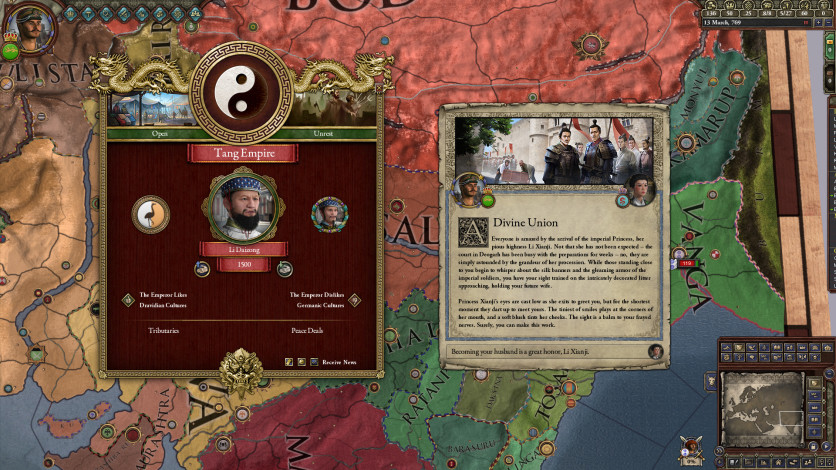 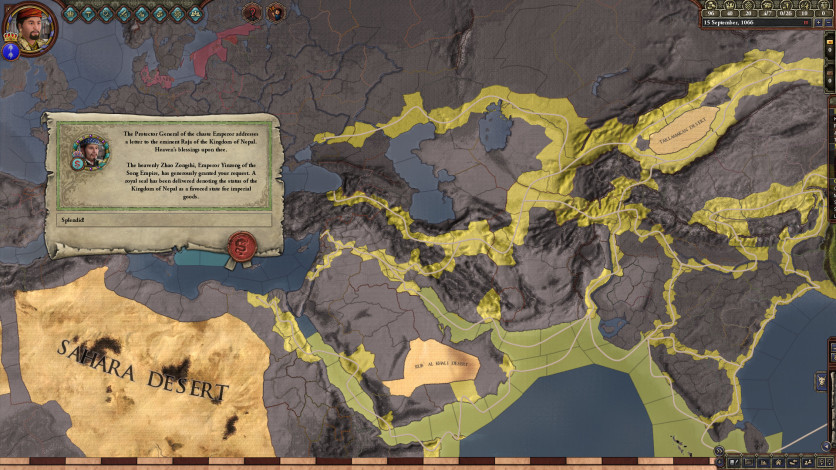 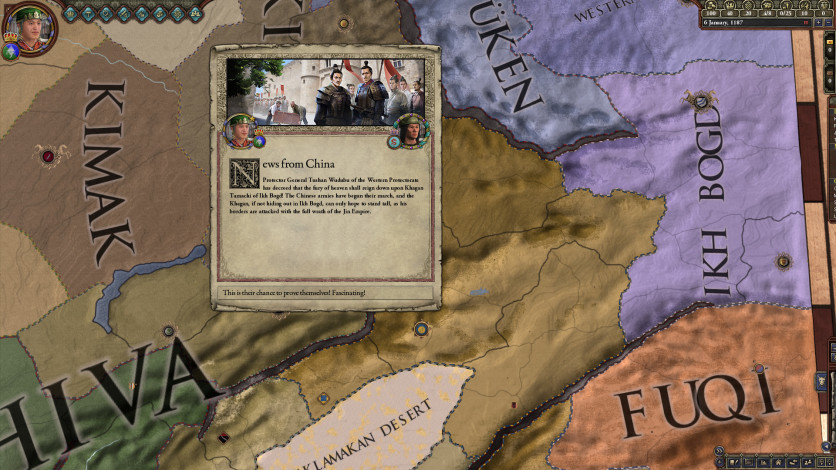 Crusader Kings II: Jade Dragon allows you to interact with China for protection and technological marvels -- and possibly face their wrath in the form of rebels or full-scale invasions. New gameplay features including a new Tributary system, Chinese Mercenaries, and much more will make the Transoxiana and India regions come alive with new surprises and challenges for even the most seasoned despot.

Flatter the Emperor with gifts of gold or concubines. Ask favors from the mighty prince. Stay on the good side of his appointed marshals on your borders.