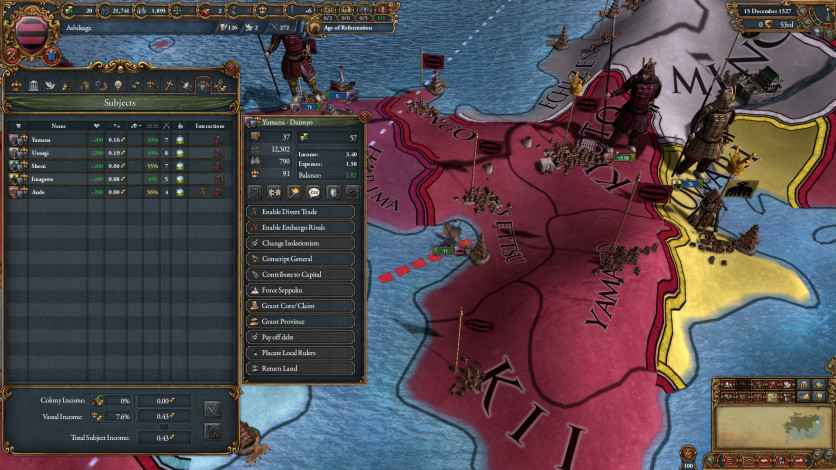 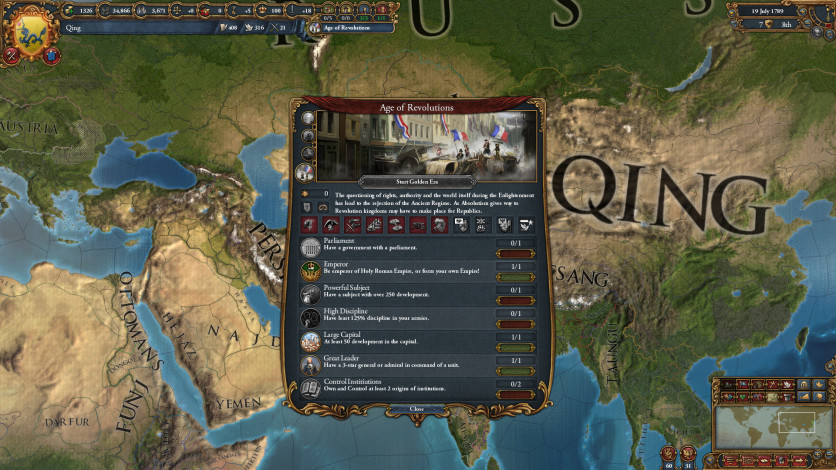 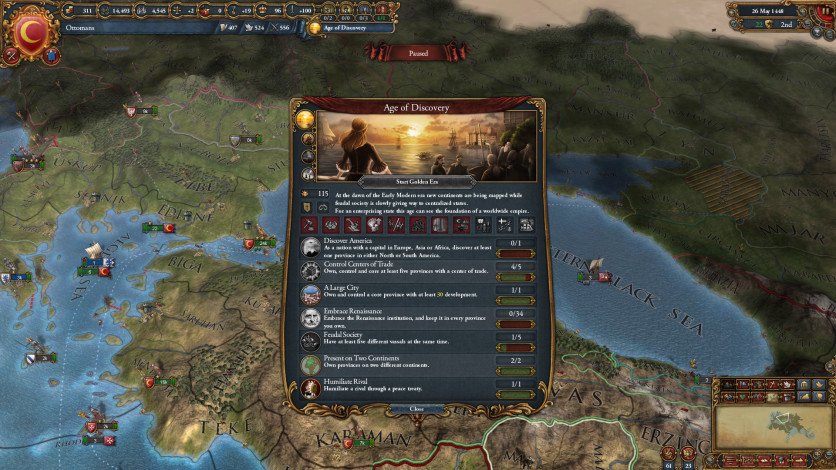 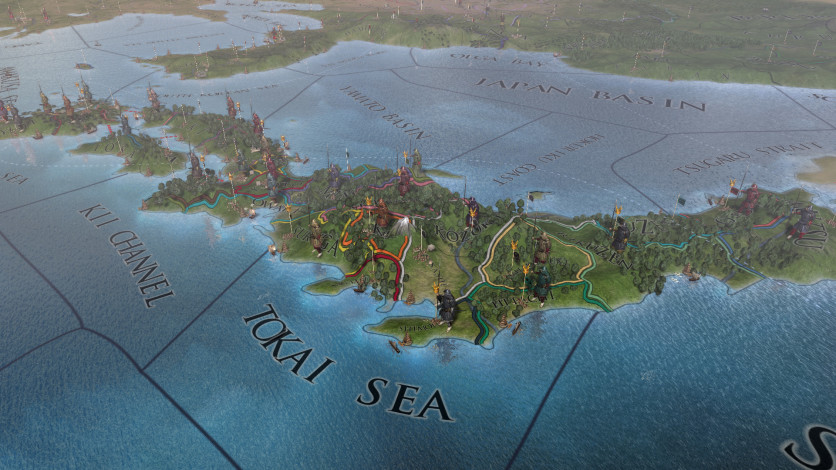 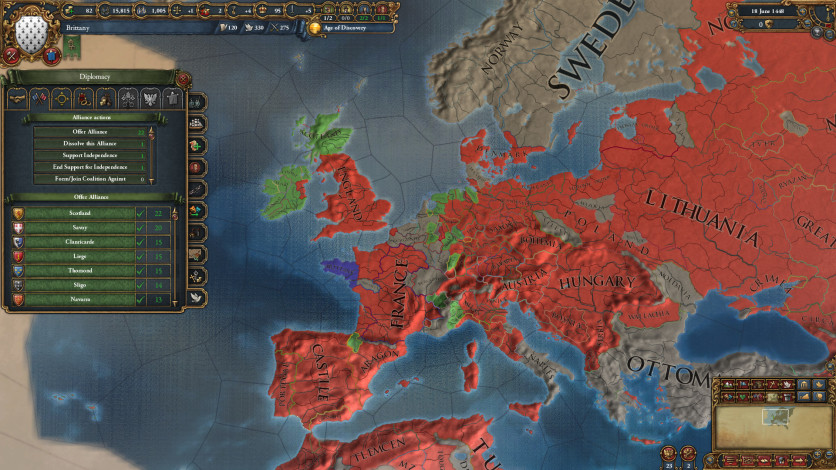 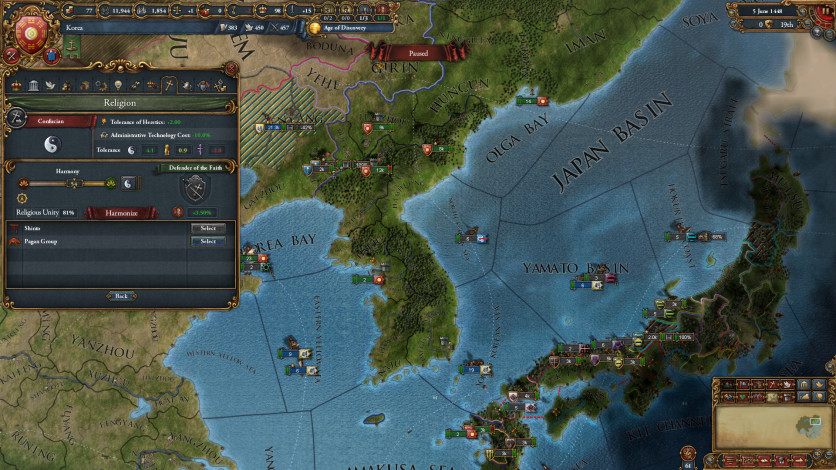 While Europe slowly pulls itself from a period of darkness, the East continues to shine brightly. The Ming throne is set on a foundation of thousands of years of civilization while Japanese warlords do battle in honorable array, holding tight to their bushido code. The gods have blessed Asia with wealth and culture. Are you worthy of the Mandate of Heaven?

Mandate of Heaven is the newest expansion for Europa Universalis IV, the best-selling historical grand strategy game from Paradox Development Studio. In Europa Universalis IV, you control the fate of any of the hundreds of countries around the world through the maelstrom of the early modern era, from the Age of Discovery to the rise of Napoleon. Mandate of Heaven further enhances this epic experience by adding greater depth to playing the major powers of East Asia and adding a new “Ages” system to add more short-term goals.