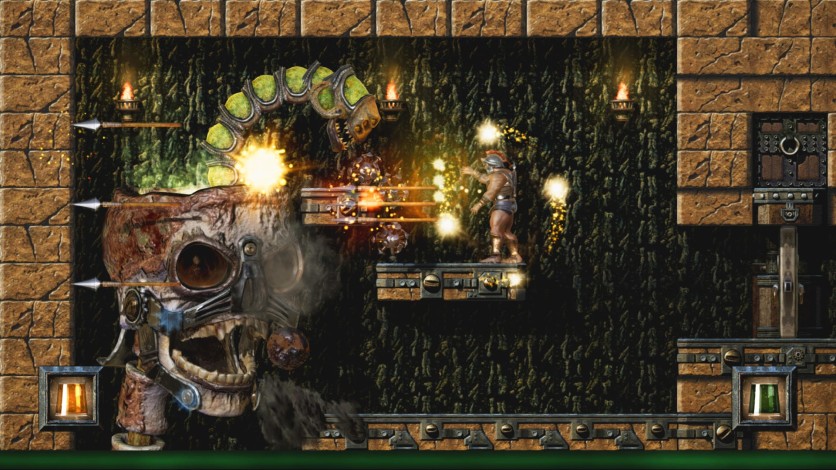 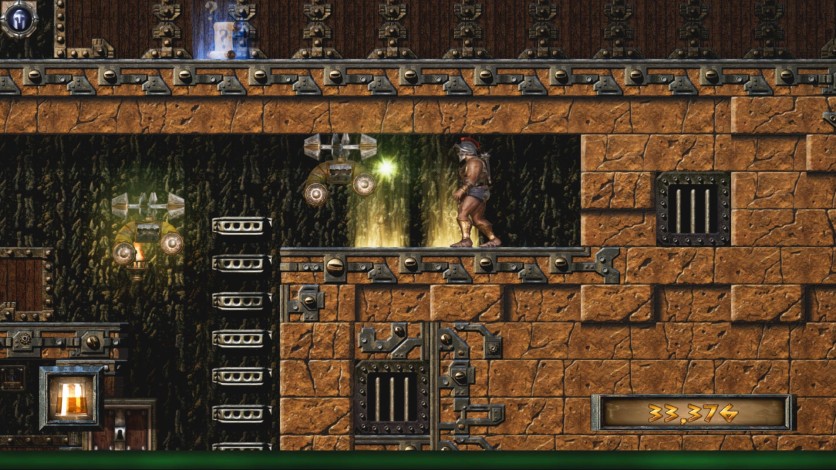 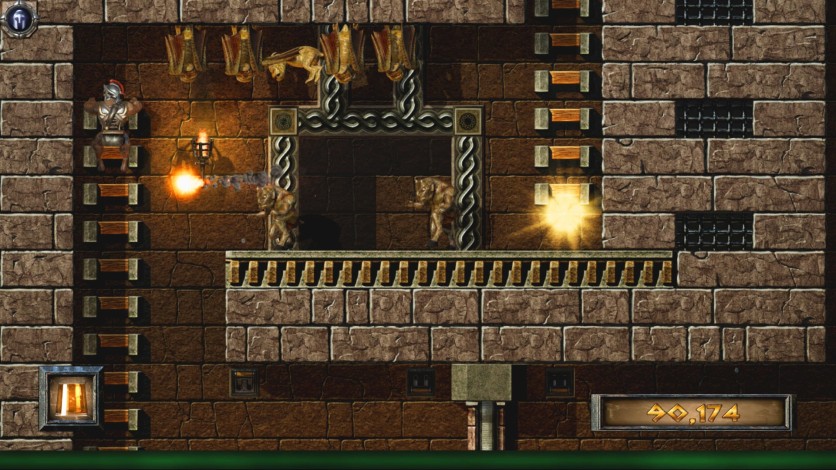 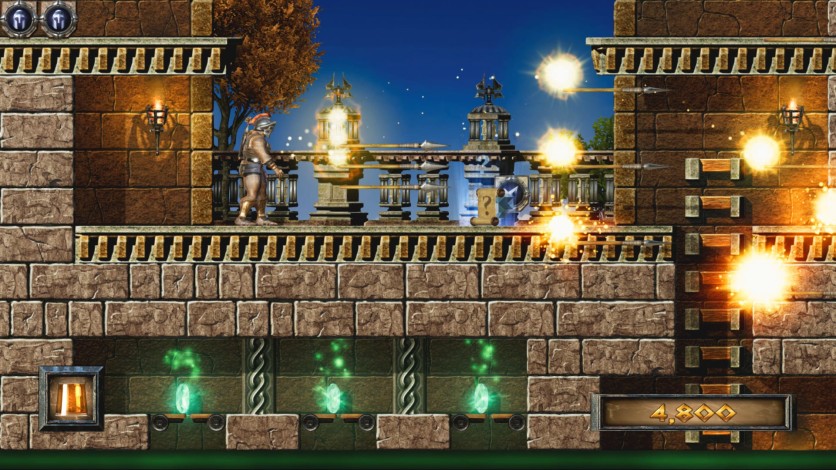 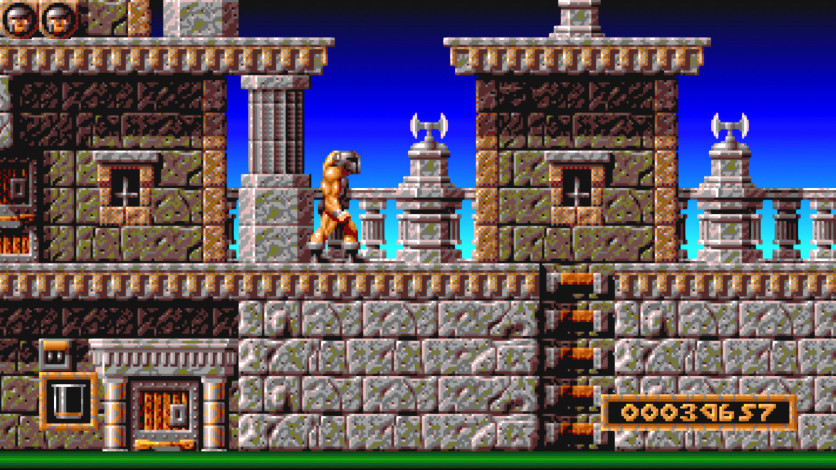 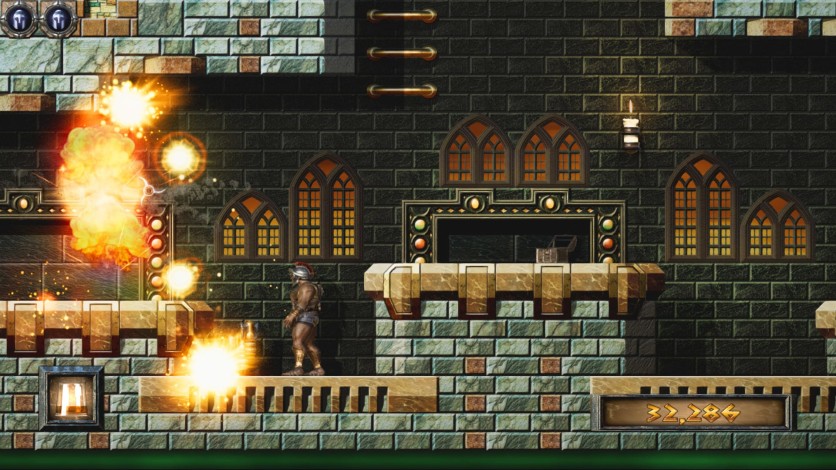 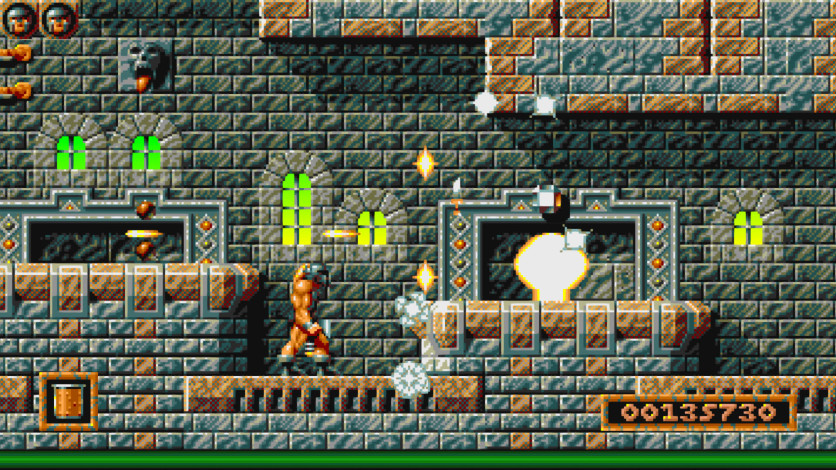 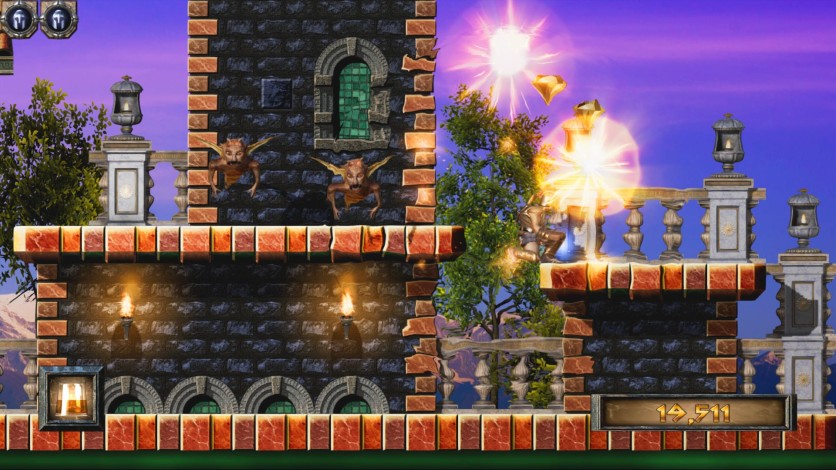 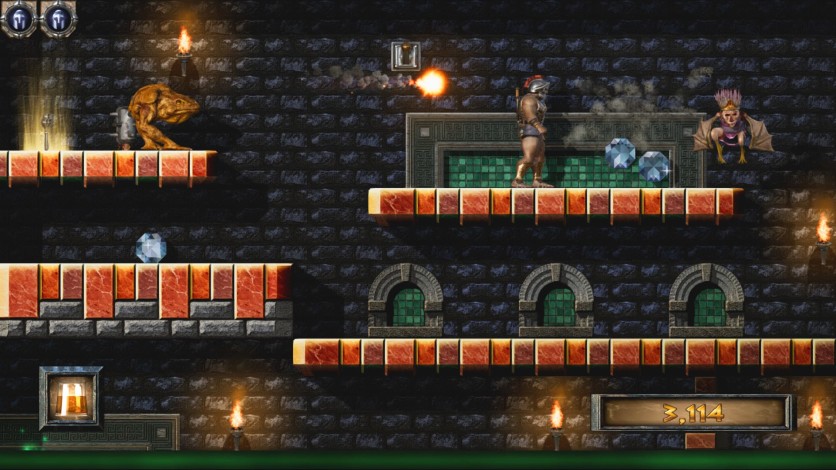 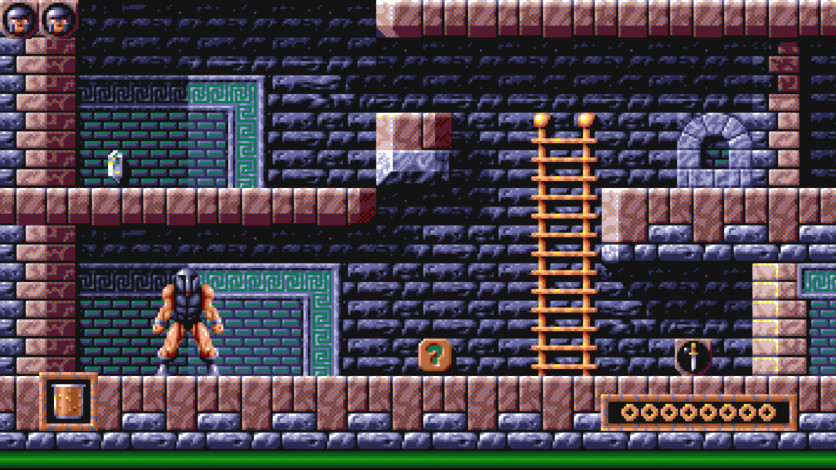 Join the nameless warrior on a dangerous journey through four worlds to defeat the Great Guardians who have stolen the homes of the gods. As a reward you will receive immortality and a place in the eternal hall of fame…

Experience the 2D-action classic Gods by the legendary Bitmap Brothers in a new look! Exciting levels full of monsters and puzzles await you, which you can play either in the original pixel graphics or in a modern 3D mode with an extensive new soundtrack.