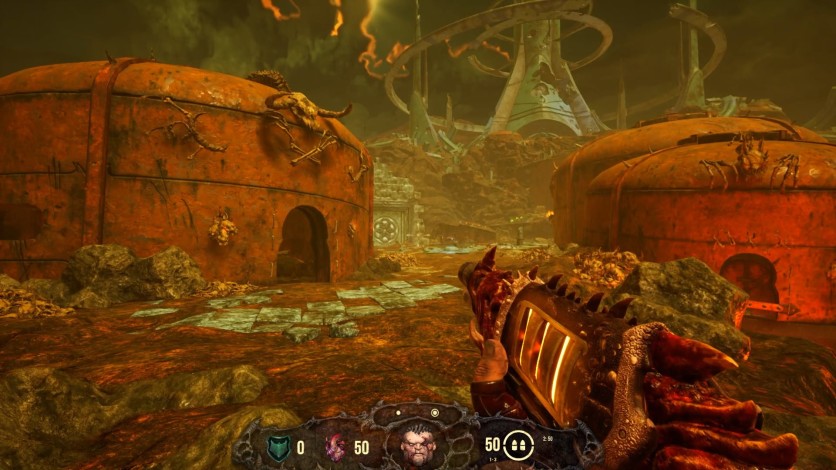 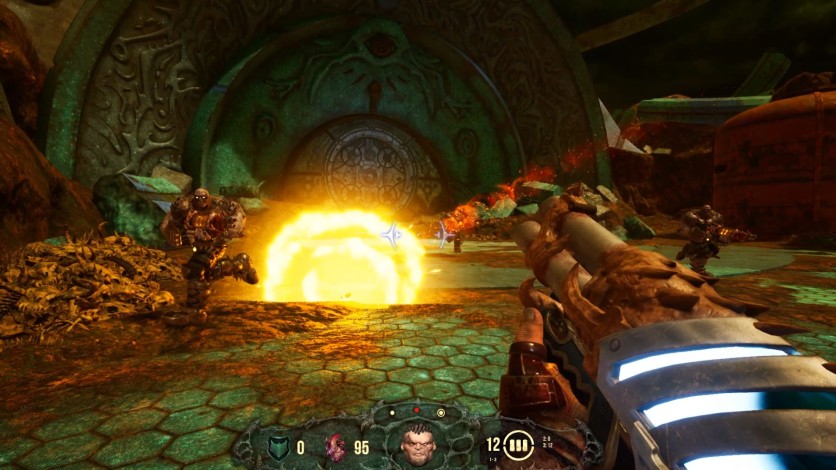 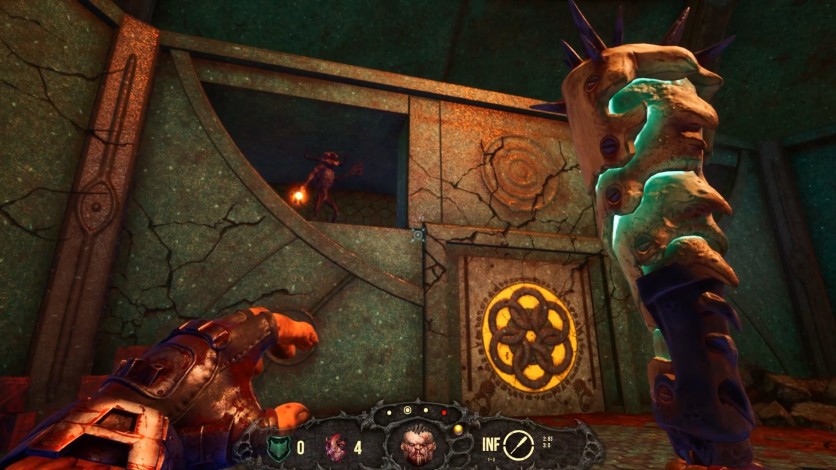 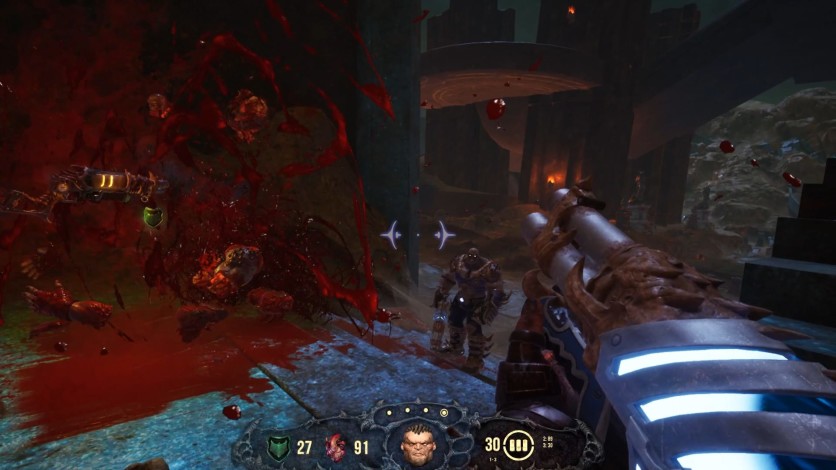 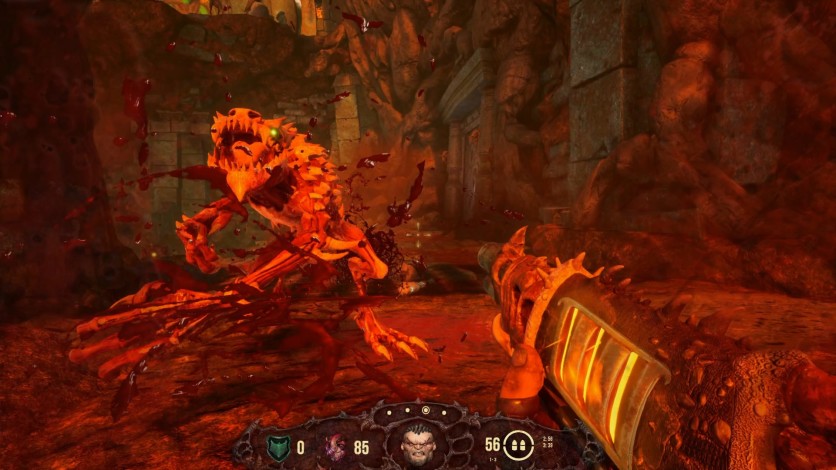 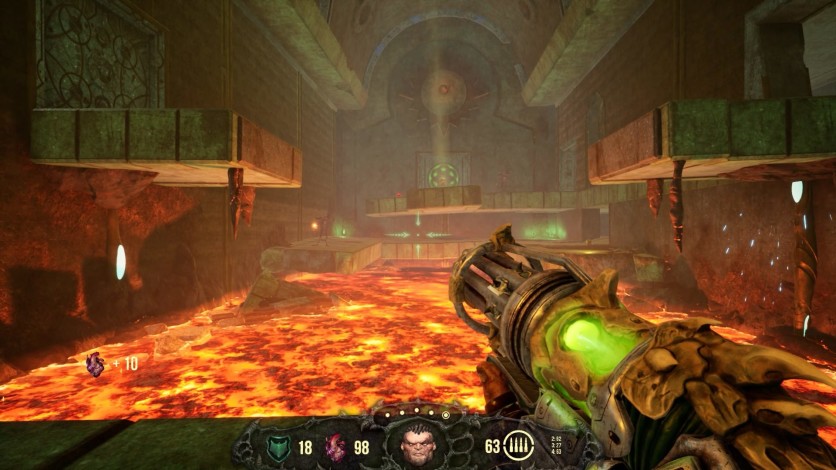 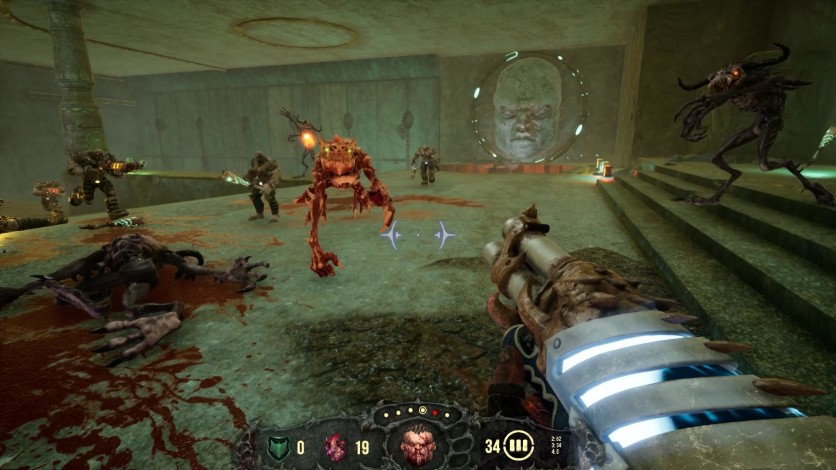 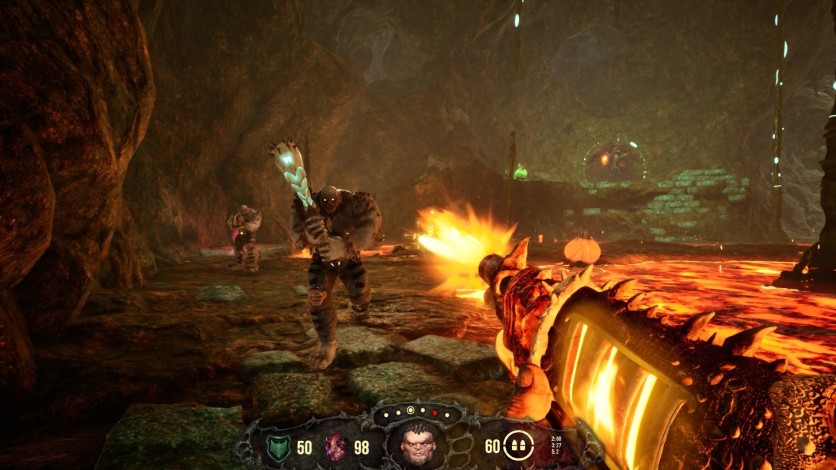 Looking for a deep story? You came to the wrong place! Incarnate Hellgore with the strong voice of talent Artie Widgery. Hellgore is a huge bada** and a tortured soul, looking for vengeance against the creatures that massacred his people.

Use an arsenal of rusty metals, burnt flesh, and bones, as weapons that have been constructed with one single purpose: TO KILL THEM ALL! You’ll be kicking a**es while listening to the soundtrack composed by the great David Levill, with invited artists Federico Ágreda "Zardonic" and Christian Fernando Perucchi.

Taking things back to the basics… Play a game inspired by '90s classics like DOOM, Quake, and Duke Nukem 3D. Enjoy non-stop action and gameplay without interruptions. The only things you can do is shoot, kill, move fast, and perform minimal interactions with the environment such as opening doors, pressing buttons, and finding secret locations.