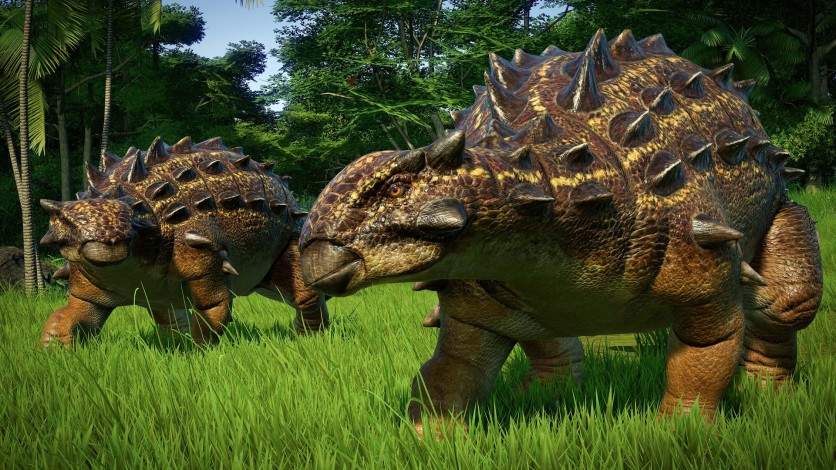 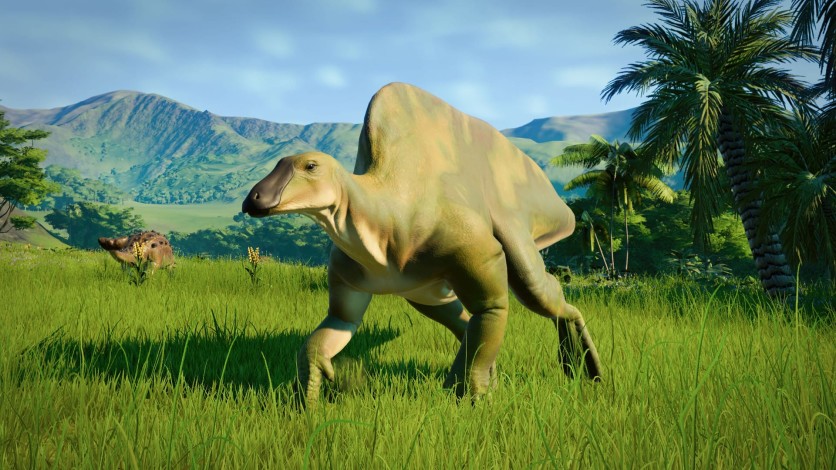 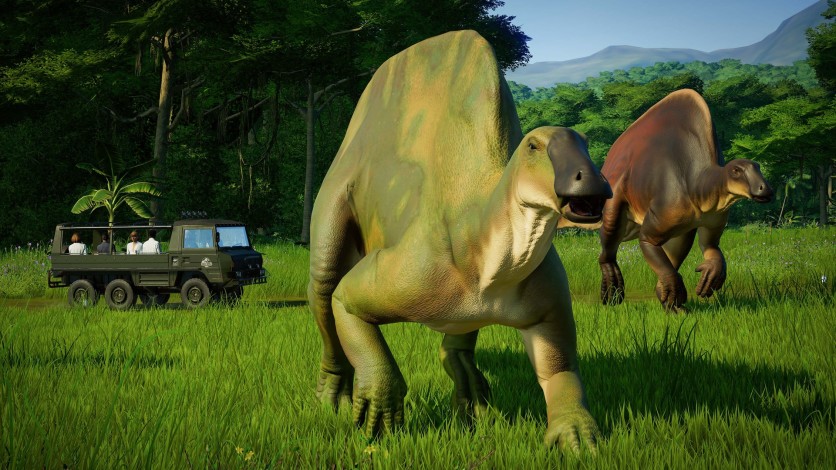 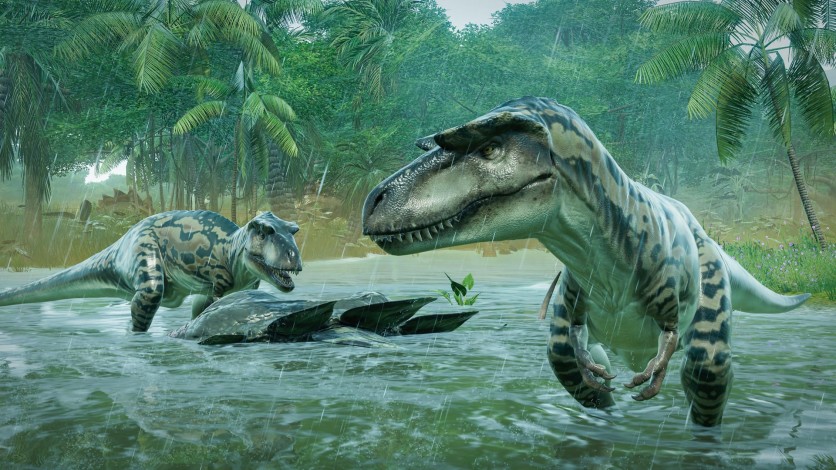 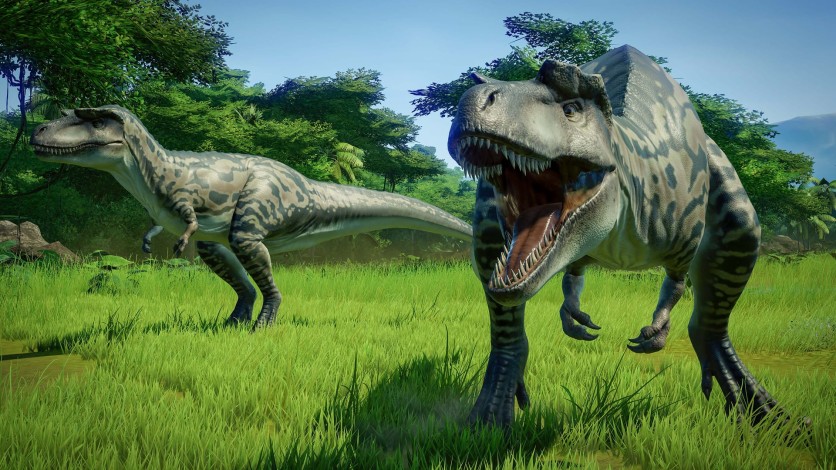 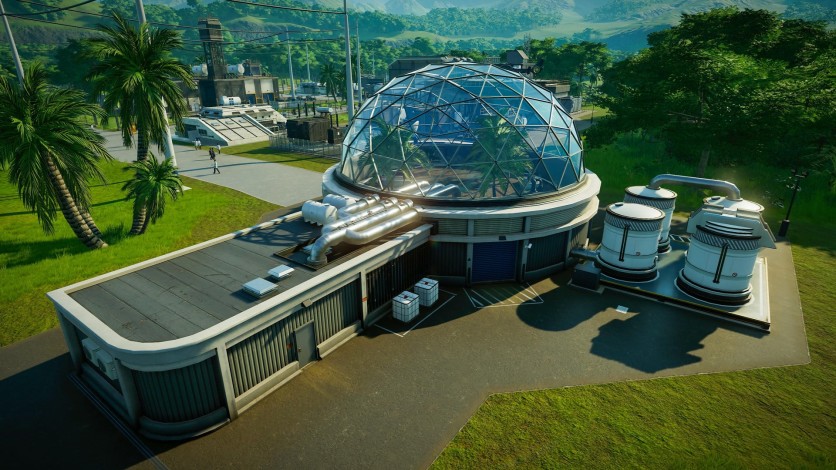 Time is running out! The once dormant Mt. Sibo is expected to erupt at any time and threatens to send the dinosaurs of Isla Nublar back to extinction. Leap into action with former Jurassic World Operations Manager, Claire Dearing, and work together on this rescue mission to save these magnificent creatures.

While the pressure is on to evacuate the dinosaurs, a mysterious illness is afflicting them and preventing their transport to safety. Determine the cause of the disease, develop and administer a cure, and send the dinosaurs to the safety of a new home. Following Claire’s ideals on dinosaur wellbeing, create a model ecological habitat on the paradise island of Sanctuary and balance dinosaur needs with the realities of running a commercial park.

New paleobotany features and the new Greenhouse facility let you research and develop extinct plant species for your dinosaurs’ enclosures, and a new off-road ‘Jurassic Tour’ truck ride for park visitors can be dispatched from its own new building.