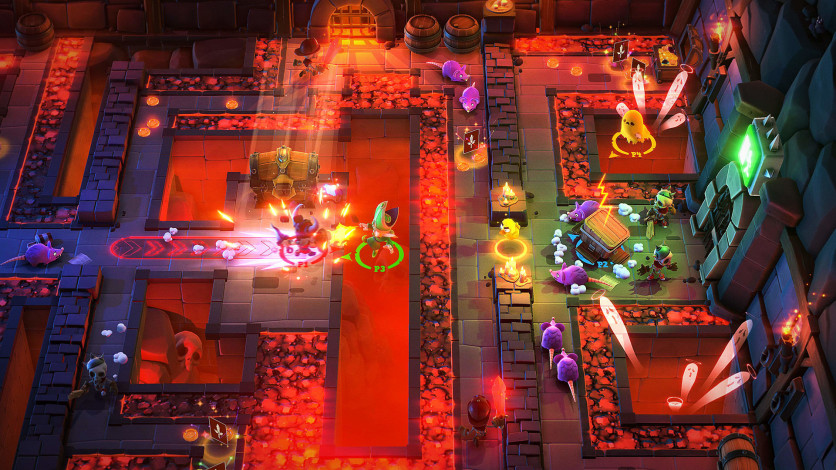 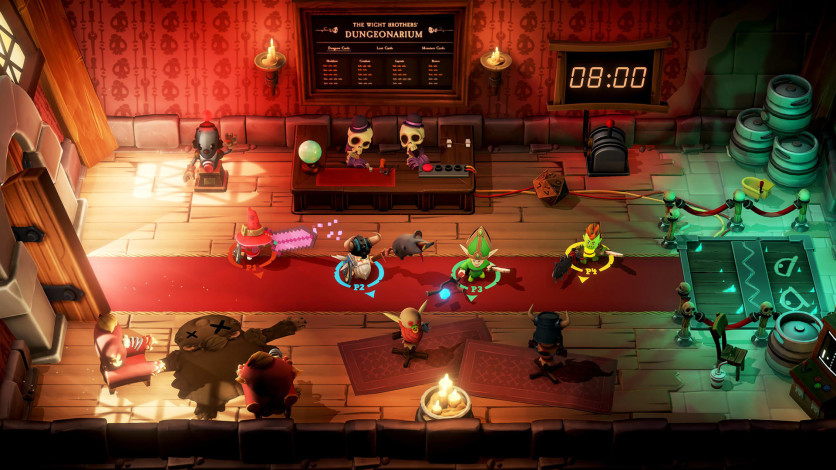 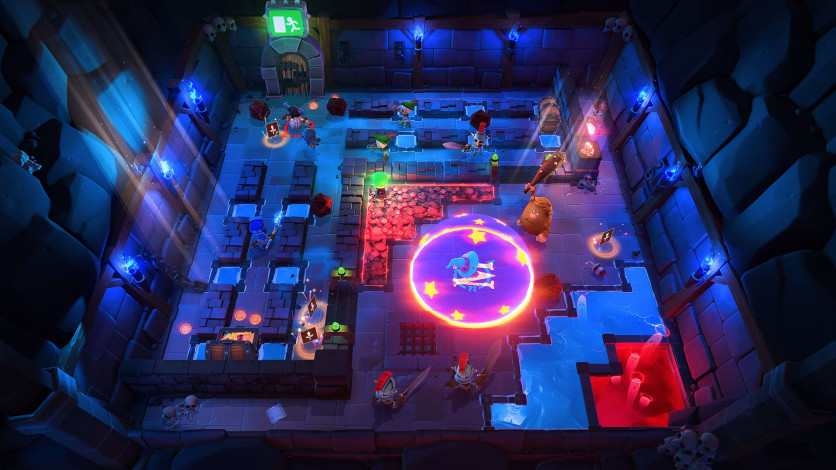 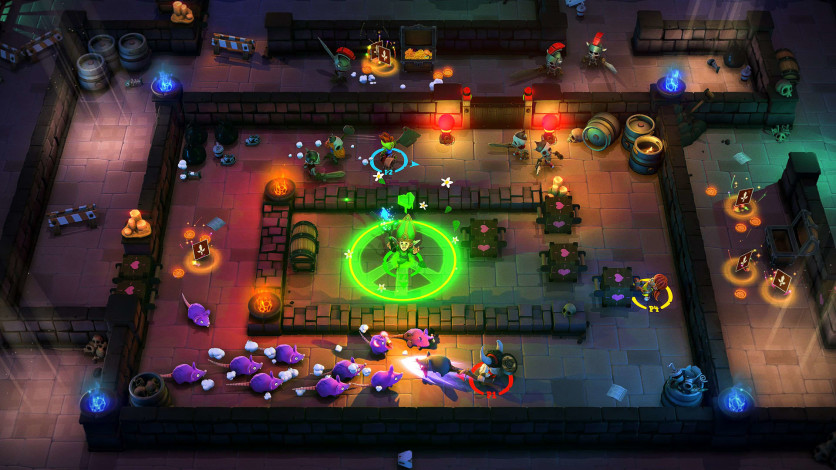 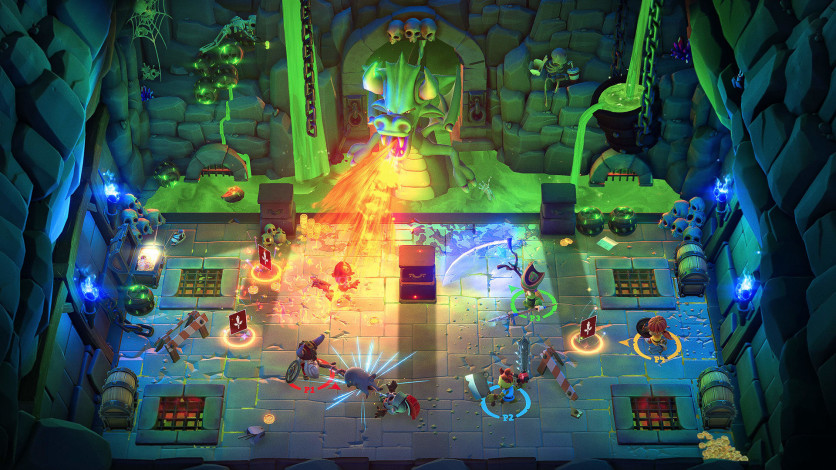 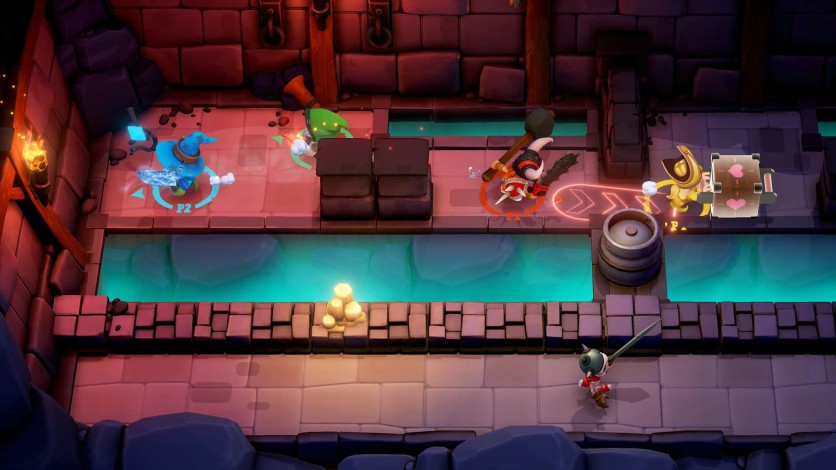 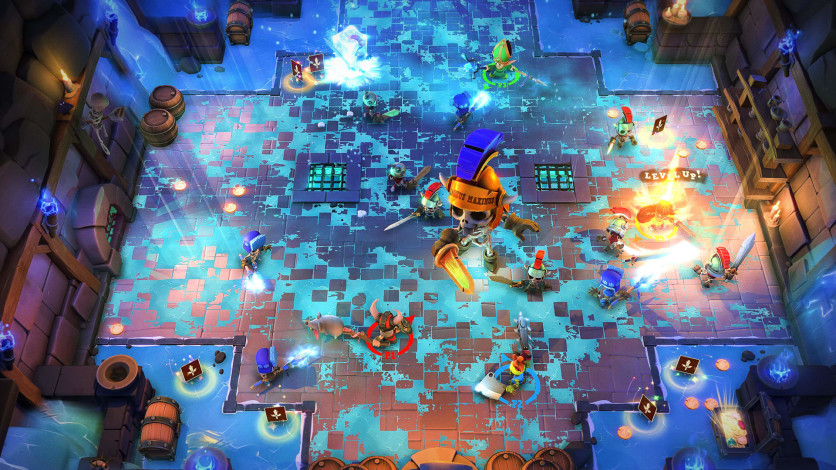 Dive into Munchkin: Quacked Quest and re-discover the parody, puns, and humor from the hit card game Munchkin by Steve Jackson. Gather gold, throw your foes (and friends) into sacrifice pits, collect ducks, eliminate the monsters—from reanimated skeletons to the Potted Plant and even the Plutonium Dragon—and reach the highest level to win the game! After all, there’s only one spot at the top and you just found a chainsaw… Sometimes the enemy is next to you on the couch.

Gather your best friends, or enemies (doesn’t matter, you’ll turn on each other either way), and take down the rampaging hordes of monsters! Beat your “allies” to the treasure and gear up with legendary weapons such as the Rat-on-a-Stick, a Scepter that sends love or a Flare Gun.. Fast-playing and silly, Munchkin: Quacked Quest can reduce any roleplaying group to hysteria. And, while they're laughing, you can be the first to grab the ducks...HEY, THAT’S MY DUCK!

Not afraid of chickens and trolls? Do you enjoy smashing random objects for loot? Are you eager to vanquish epic bosses and betray your friends? In either the solo or local multiplayer mode, you race through randomly generated dungeons and overcome increasingly bizarre challenges. Choose from four different races and classes and unleash their special skills at the right moment to gain an advantage over your opponents. The mix between accessible, yet rich, gameplay and a leveling race offers intense and skill-based brawling action... I SAID DROP THE DUCK, BOB!

Trust the Wight Brothers and their Fabulous Dungeonarium Machine (FDM™©) to generate unique dungeons filled with deadly traps, dangerous enemies and magnificent ducks. Every adventure will be enhanced by random modifiers. The more victories you claim, the more possibilities will be added to your game.

© 2019 Asmodee Digital. Munchkin is copyright © 2001, 2002, 2006-2008, 2010-2012, 2014-2019 by Steve Jackson Games Incorporated. All rights reserved. Munchkin, the Munchkin characters, and the pyramid logo are trademarks or registered trademarks of Steve Jackson Games Incorporated and are used under license. Munchkin: Quacked Quest is © 2019 by Asmodee Digital. All rights reserved.