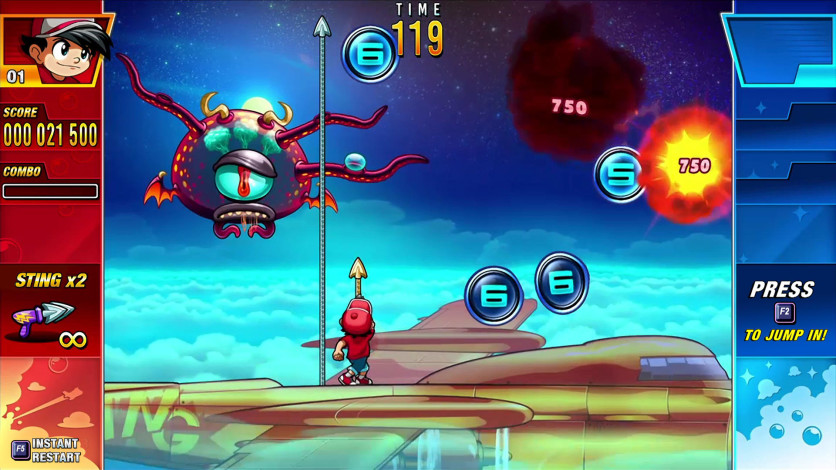 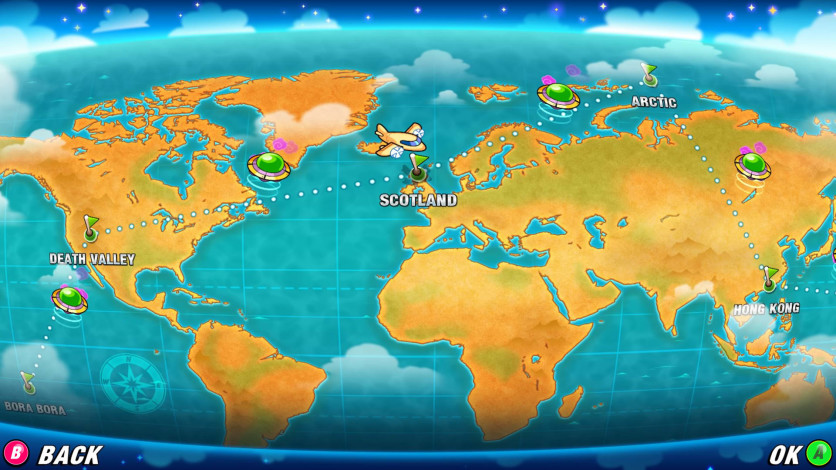 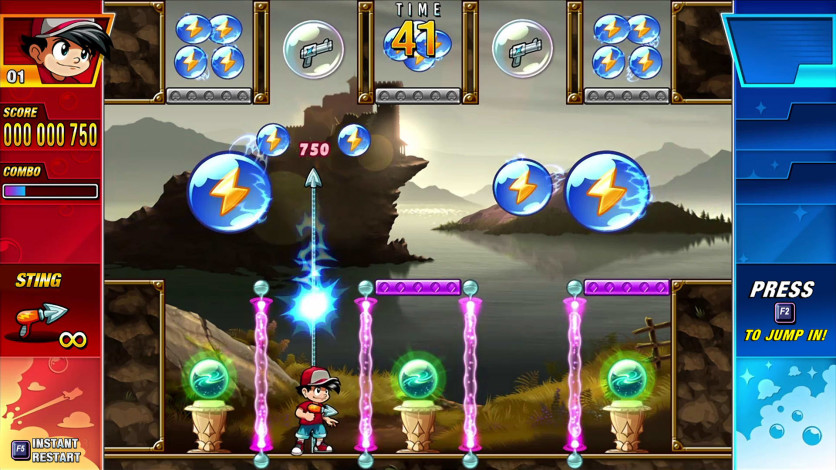 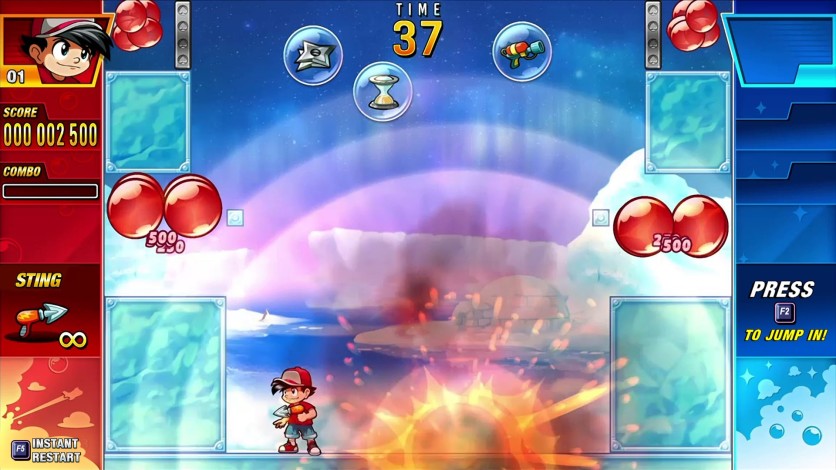 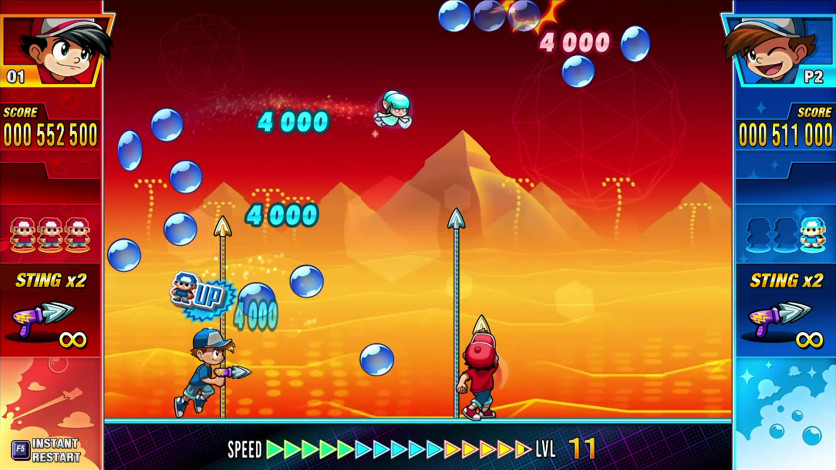 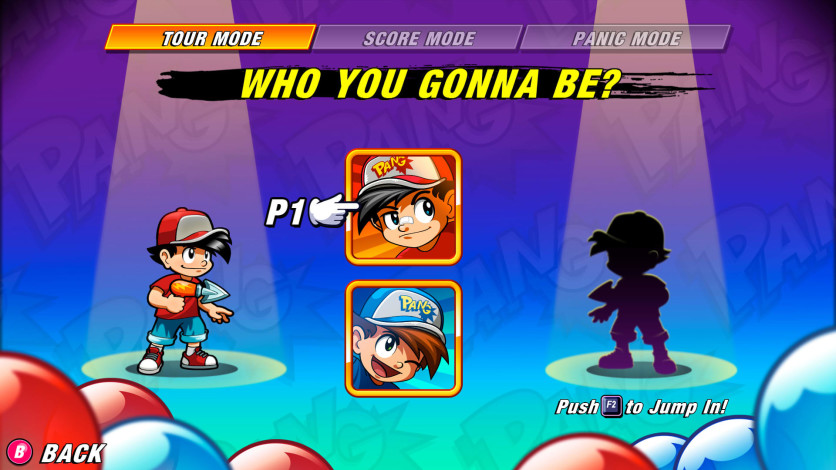 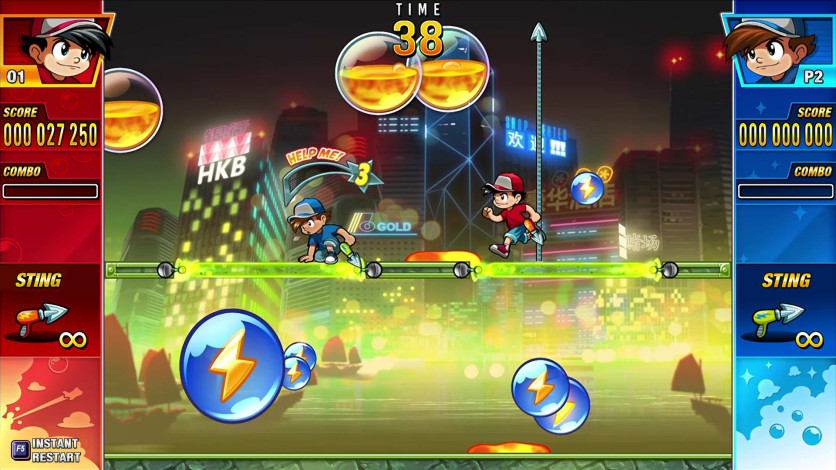 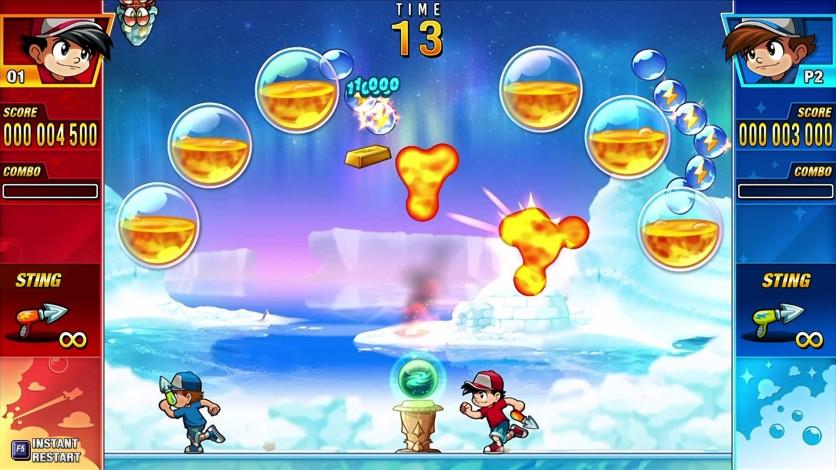 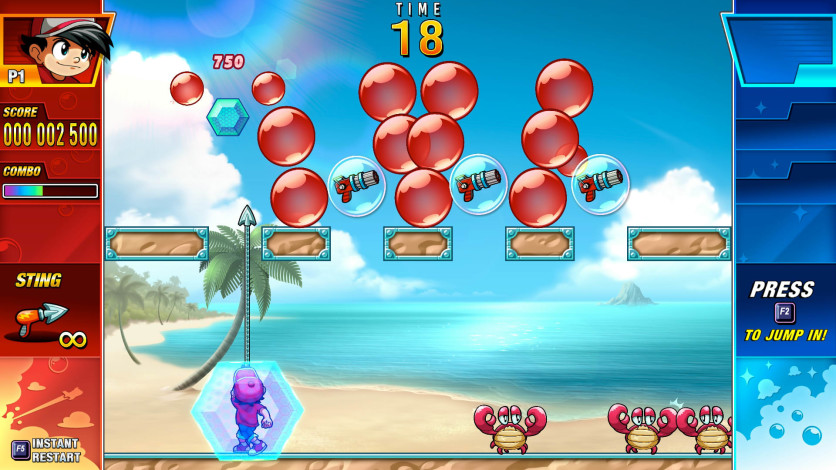 The Pang Adventures is a beloved collection of arcade video games from the early 90s. Guide two brothers on a quest around the world to save humankind from a massive alien invasion! Use your wits and skills to overcome the attack balls pouring from the skies and rescue the world’s cities and landmarks from impending annihilation!

Tour Mode: Fight back the alien forces, one location at a time!

Score Attack: Save the world with only 3 lives and NO CONTINUES! The real arcade experience!

Panic Mode: Bust balls like a legend! 99 levels of continuous battle will put your skills to the ultimate test!