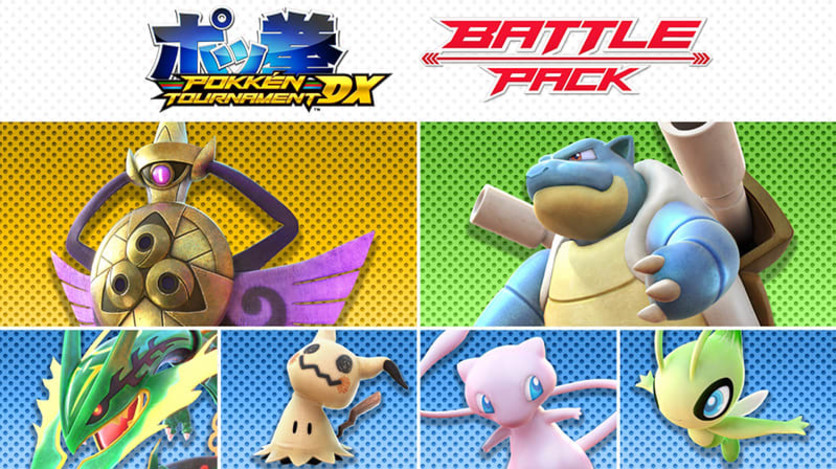 Boasting strong offense AND defense, the technical-style Battle Pokémon Aegislash can switch between two forms, and you can wield them both when this new playable character and other Pokémon become available through the paid DLC, Pokkén Tournament DX Battle Pack.

This content will be released in two waves, with the first containing Aegislash and a new Support Pokémon Set featuring Mega Rayquaza and Mimikyu. The second wave includes the new Battle Pokémon Blastoise and a new Support Pokémon Set featuring Mew and Celebi. These Battle Packs will also include Avatar items and more. With these new Pokémon joining the fray, the battle is just getting started.