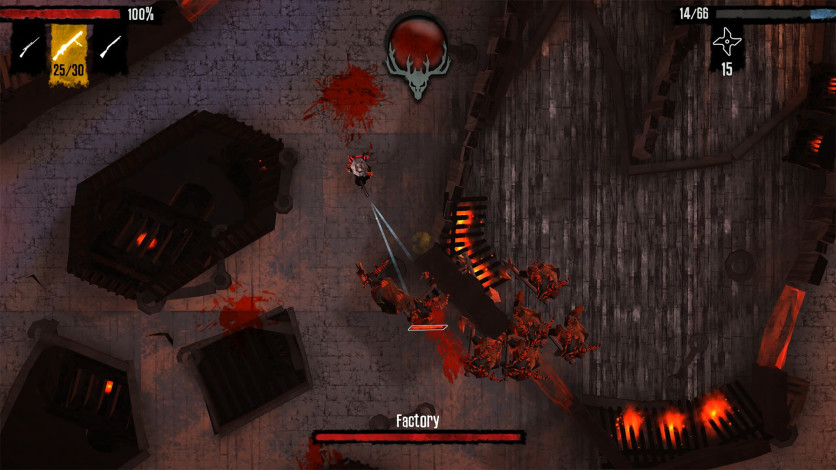 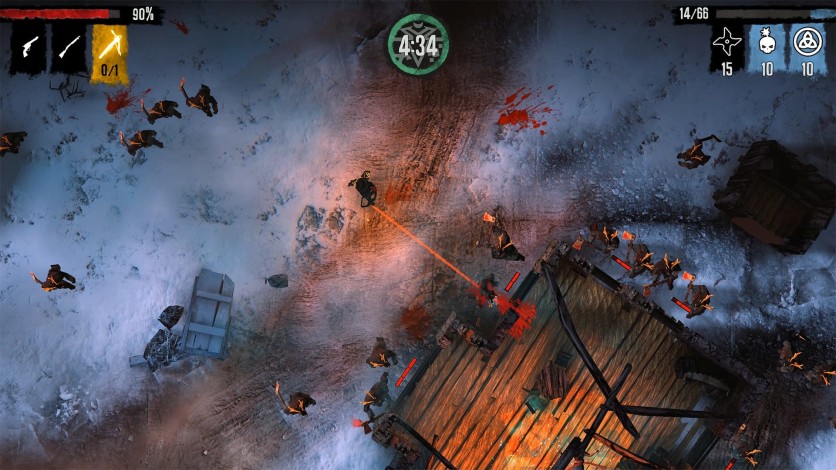 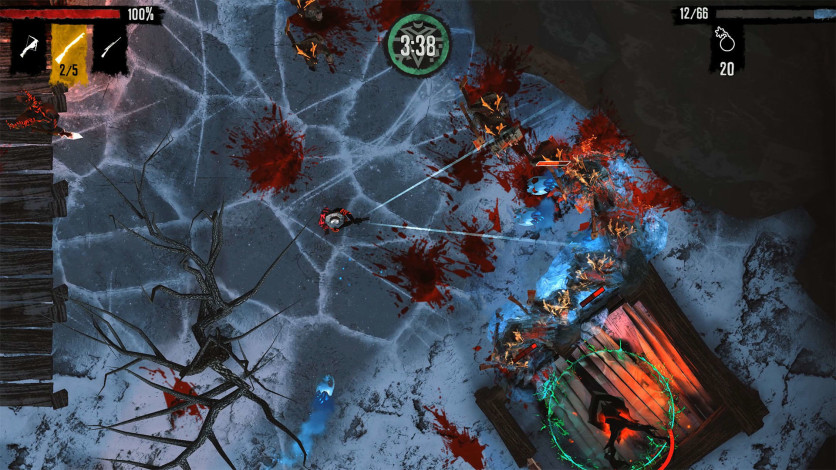 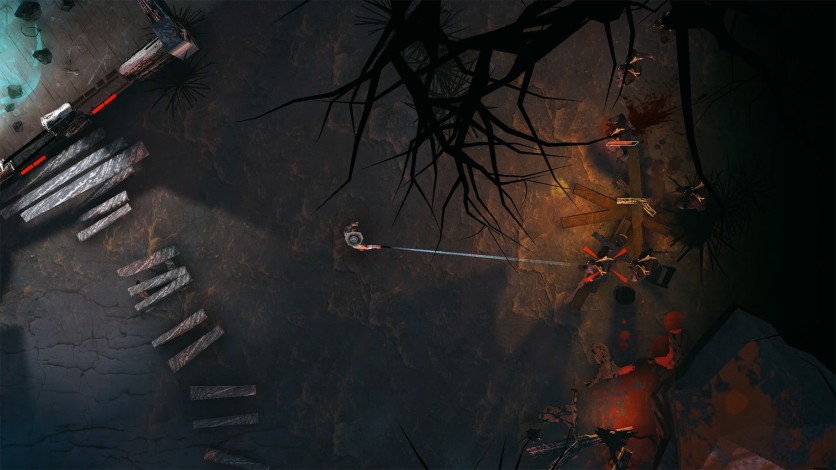 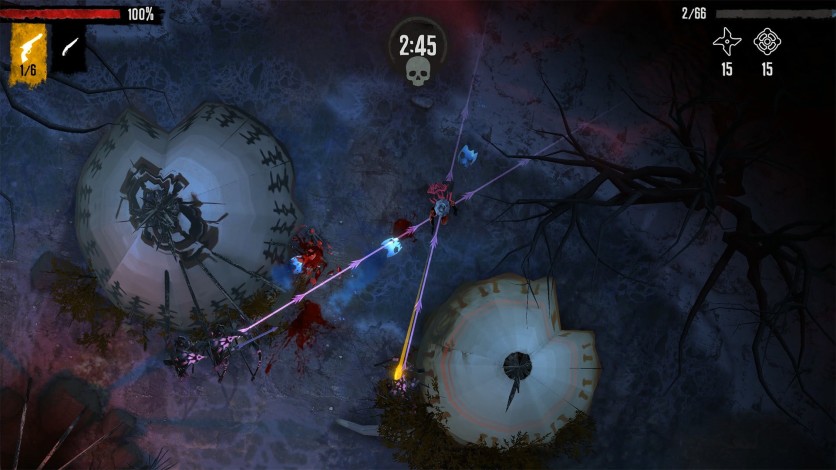 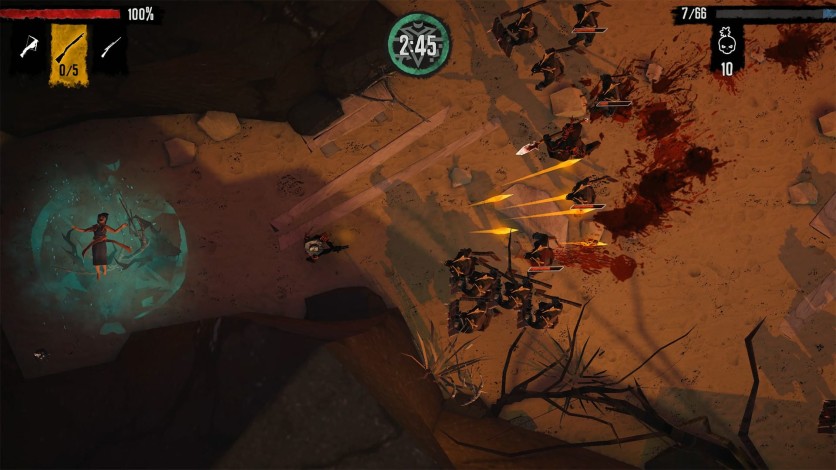 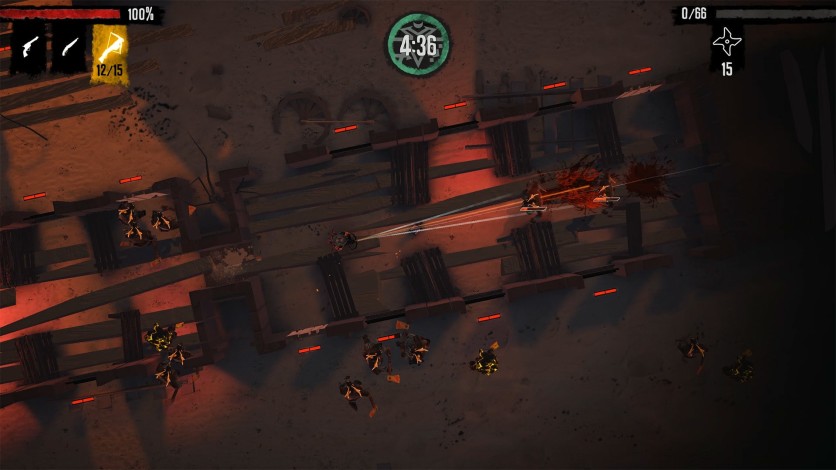 Ritual: Crown of Horns is a slaughterhouse: a fast-paced action game set in an alternate Wild West, a demonic version of a hellish frontier. This arcade-inspired title unravels a tale about an unlikely duo: a bounty hunter who comes back from beyond the grave, yearning to exact revenge on his killers and a witch who aids him with a series of powerful rituals to further her own agenda.

Push back hordes of enemies, while the witch performs her ritual. Use a whole arsenal to your advantage: mindfully swapping between weapons and spells. Unlock new tools and powerful items boosting your character. Travel throughout the Weird West picking your missions and planning future unlocks to finally exact your revenge!

Ritual: Crown of Horns is a skill based game, where split-second decisions and planning on the go are more powerful than button mashing and throwing yourself mindlessly at enemies.