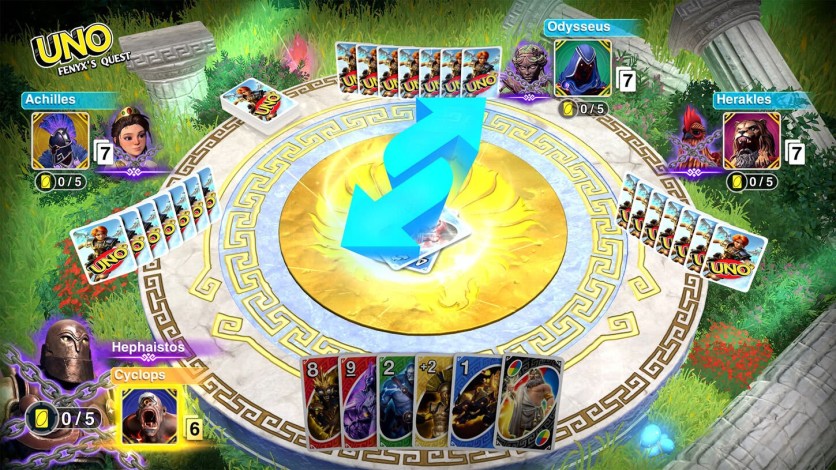 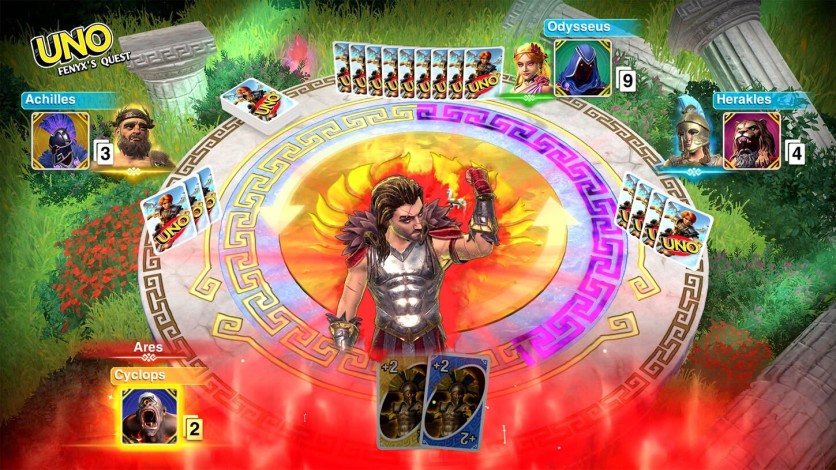 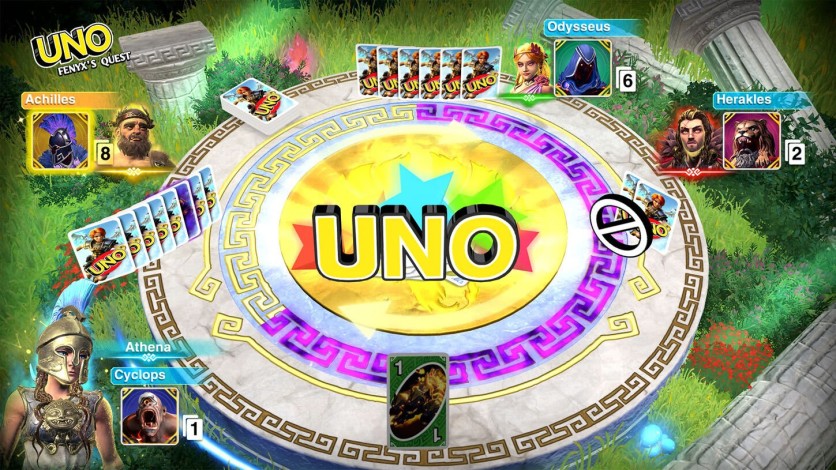 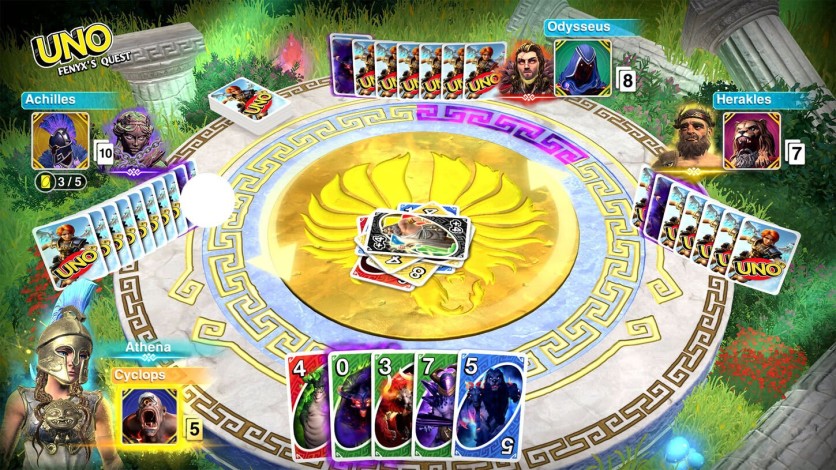 This content requires the base game purchased through Ubisoft Connect for PC or the Ubisoft Store in order to run.

The most famous card game hosts a legendary showdown! An all-new game mode inspired by the mythical world of Immortals Fenyx Rising, UNO Fenyx’s Quest plunges you into the marvelous Golden Isle and its mysteries and wonders. Avoid the traps of Typhon, free the gods from their curse, and wield their mighty powers to be the first one to get rid of your hand. Olympus awaits you.

UNO and associated trademarks and trade dress are owned by, and used under license from, Mattel. ©2020 Mattel. All Rights Reserved. Game software ©2020 Ubisoft Entertainment.