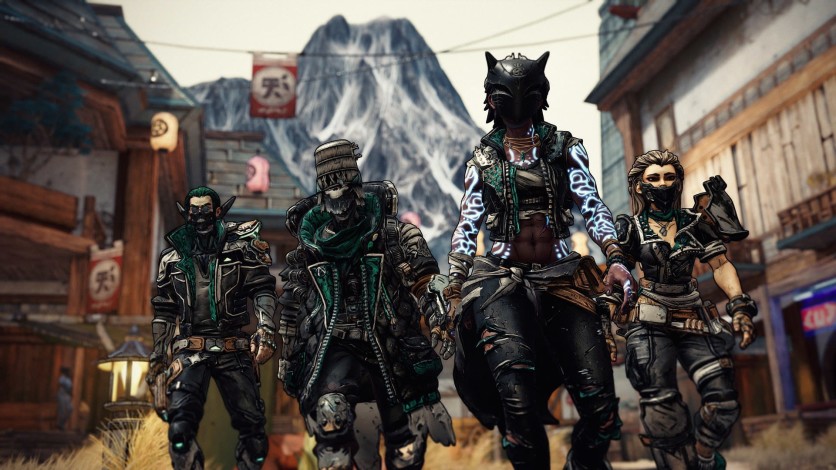 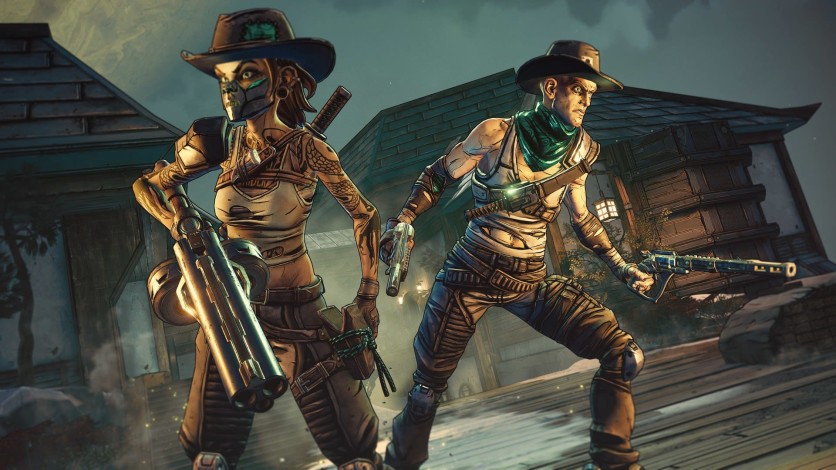 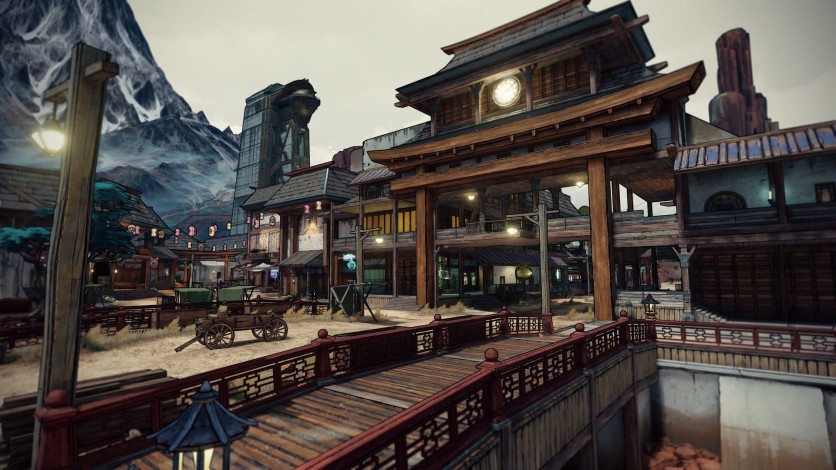 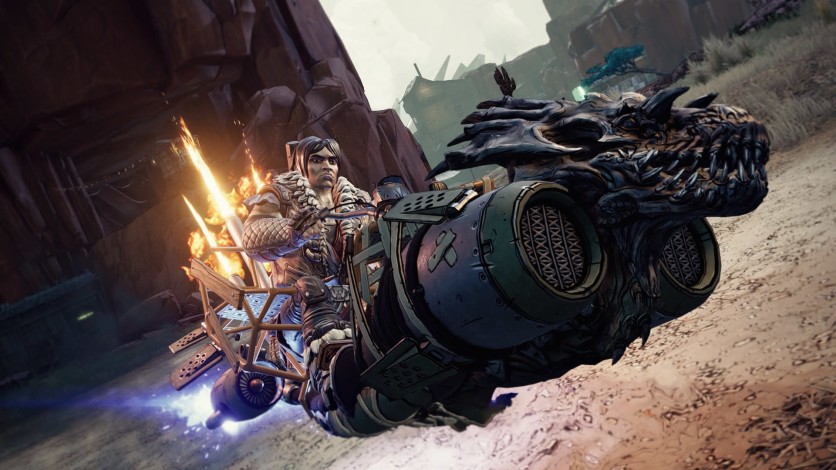 Welcome to Gehenna, a brutal frontier planet at the outskirts of space. You've come to the humble town of Vestige in hopes of collecting a bounty on The Devil Riders, a violent gang of beast-riding mercenaries. Only the scrappiest folks have managed to survive out here - like Rose, a tough-as-nails warrior who's as keen with a katana as a pistol, and Juno, a rugged brawler most locals call The Hatchet.

To take down The Devil Riders, you'll need to learn new tricks to survive Gehenna. Indigenous plants and experiments left behind by a mysterious company open up new approaches to combat and exploration: make enemies turn on one another with the Traitorweed, beam yourself to faraway areas with a Telezapper, and more. The new Jetbeast vehicle acts as your trusty steed, a customizable hoverbike outfitted with heavy artillery. All the while, an enigmatic narrator recounts the details of your rough-and-tumble heroics.

Grab your six-shooter - or whatever fancy guns you Vault Hunters carry these days - and go put those damned Devil Riders in the ground.