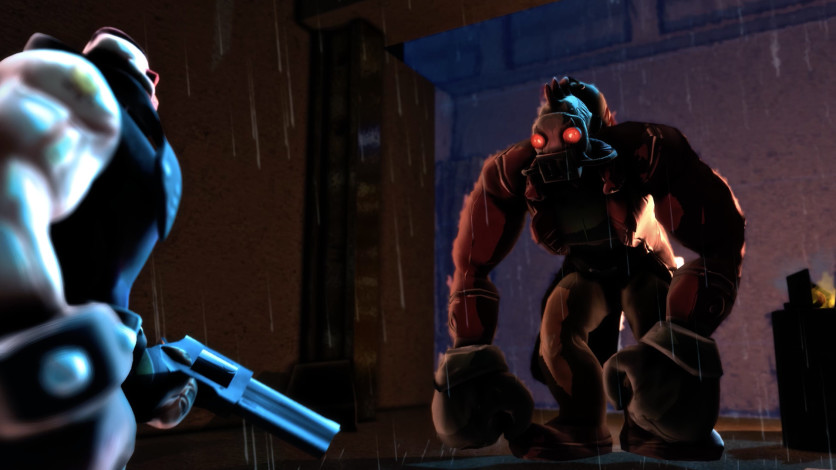 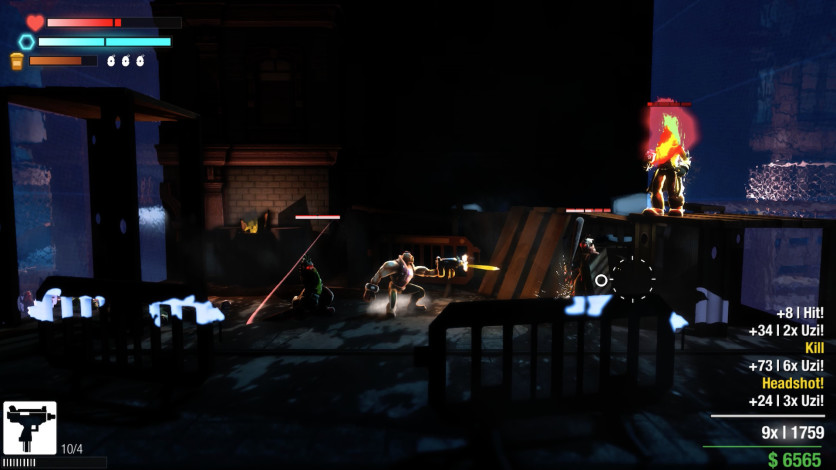 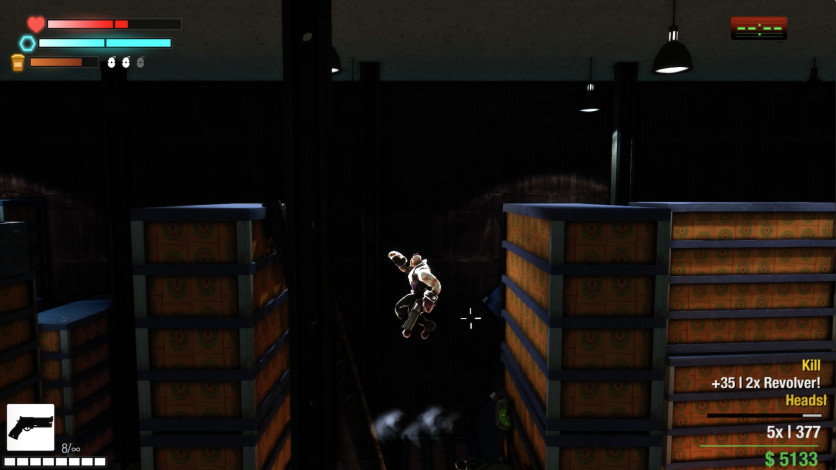 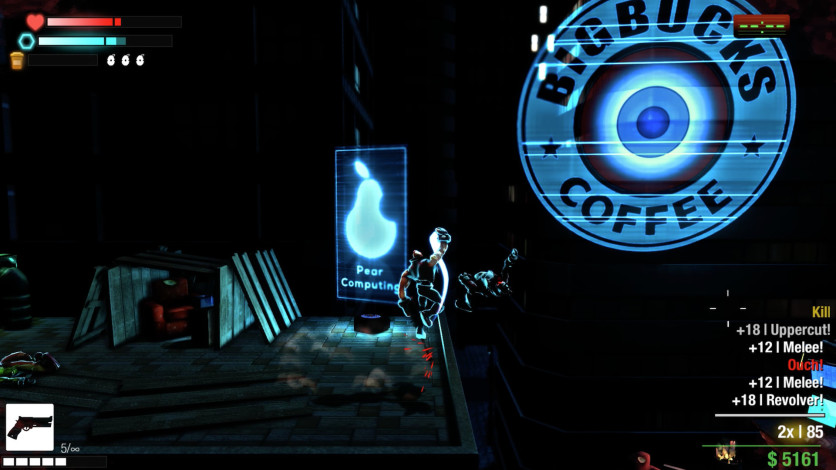 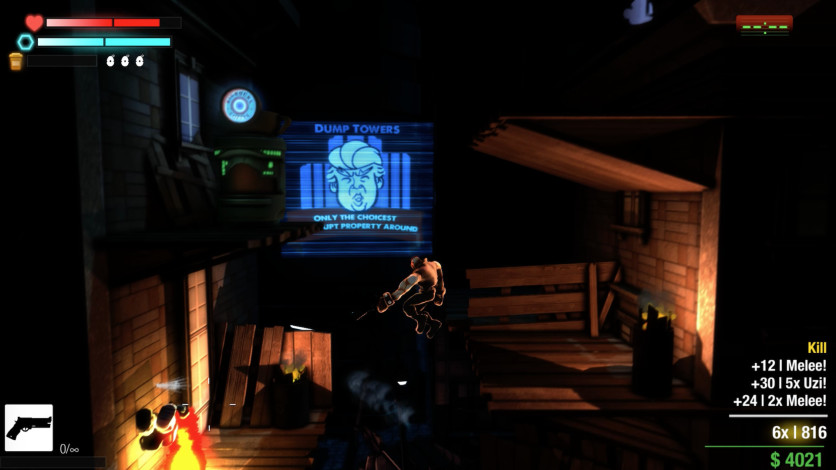 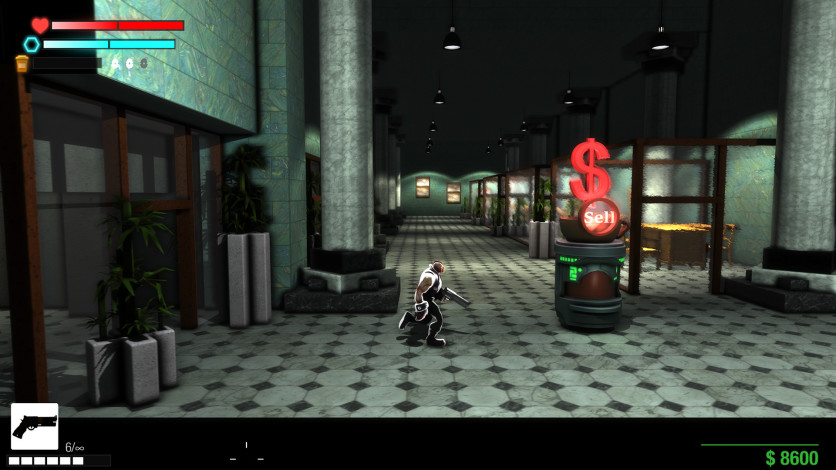 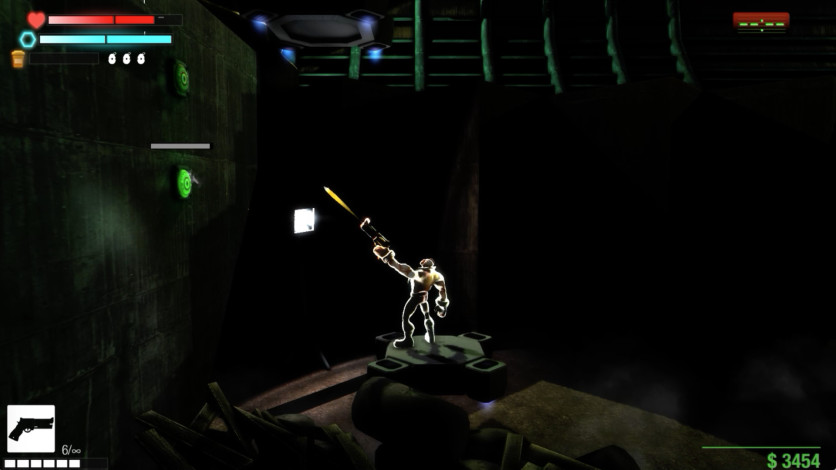 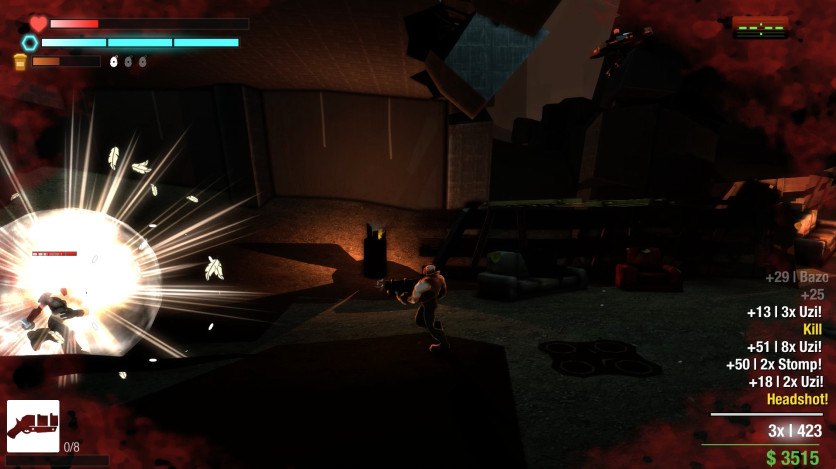 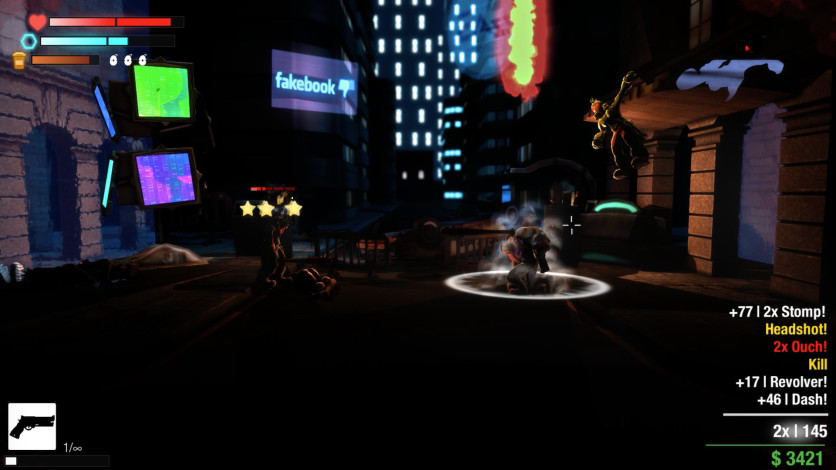 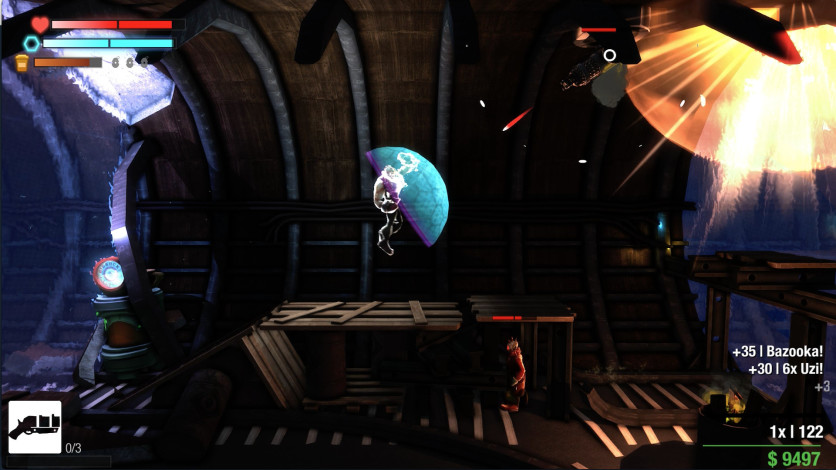 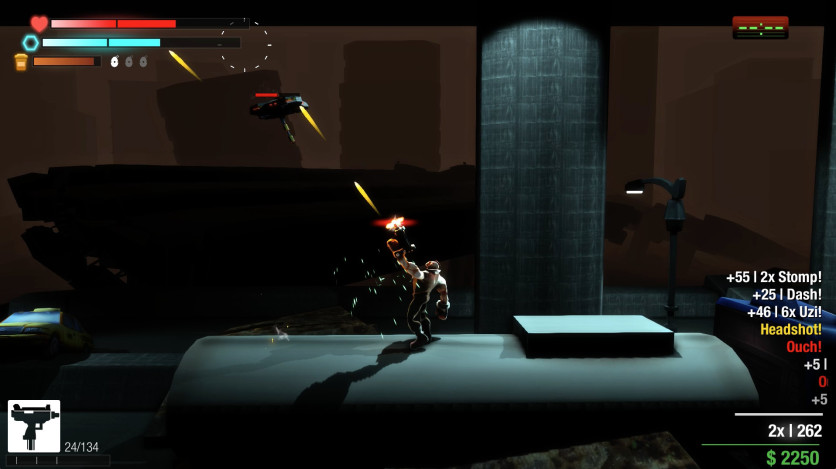 Cyber ​​Chicken is 2.5D side-scrolling, rollicking adventure featuring 8', 375 pounds of cybernetic poultry as a futuristic killing machine on a quixotic mission to save the World from itself. A satirical romp across pop culture and modern life, the comic-book styled game features weapon-based gameplay, platforming elements and puzzles in a metrovania-designed World.

Though humor is at the core, the experience is layered with rich and varied influences from literary, film, comic and video game classics, including Don Quixote, Brave New World, Terminator, Blade Runner, Batman, Duke Nukem and Super Metroid.

© Groupees LLC / WHOA! 2016. All rights reserved. This game is a source of parody, satire, and humor and is for entertainment purposes only. The people, locations, companies and events depicted are entirely FICTIONAL. We’re serious, there really is no such thing as a cybernetic poultry terminator from the future! Any resemblance to real people, places and companies is purely coincidental. Honest! Take for instance, ‘The Fakebook’… that just sounds kinda cool, right? Not buying it? Well, then we absolutely insist that any non-coincidental resemblance should be viewed as our saying we think there’s something amusing here. So yea, the game is definitely not endorsed by whomever might resemble Ronald Dump or Big Bucks Coffee, though we’re not adverse to product placement opps in sequel products! Keep in mind, that’s one way to ensure we don’t make fun of you next time! Interested parties please contact us.