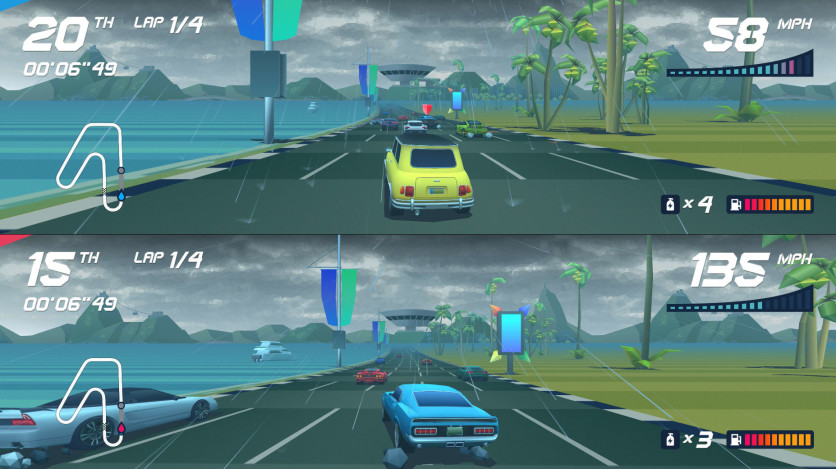 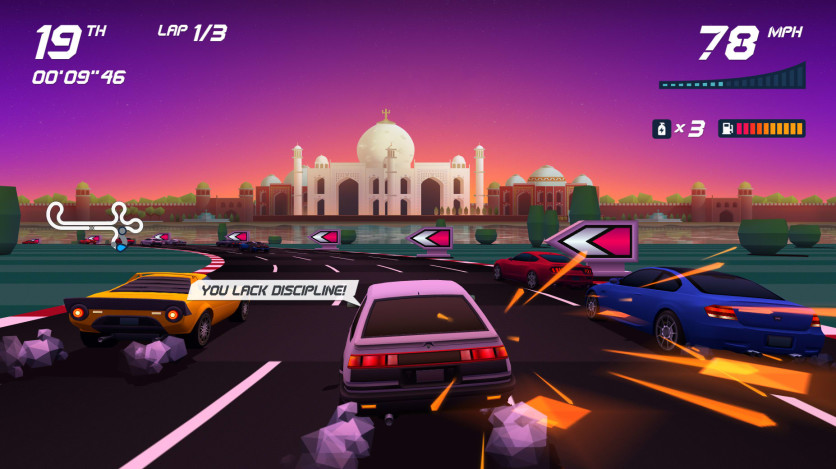 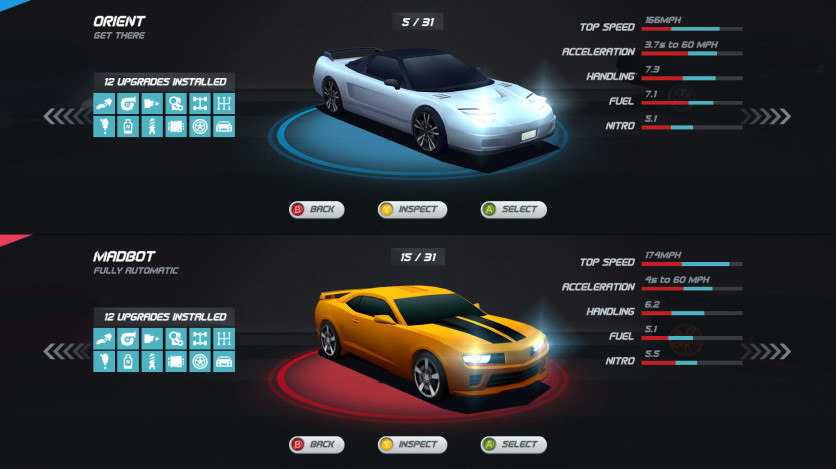 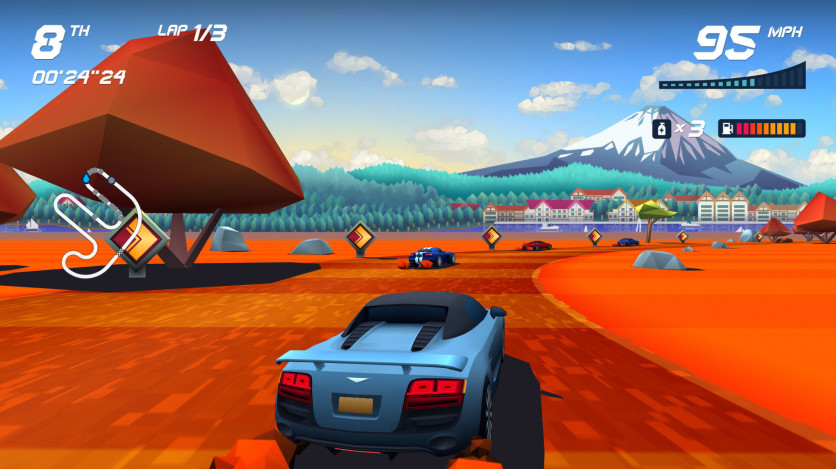 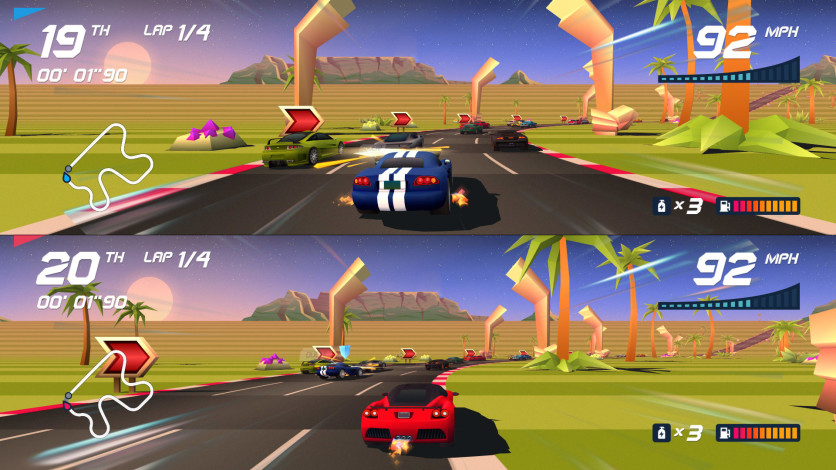 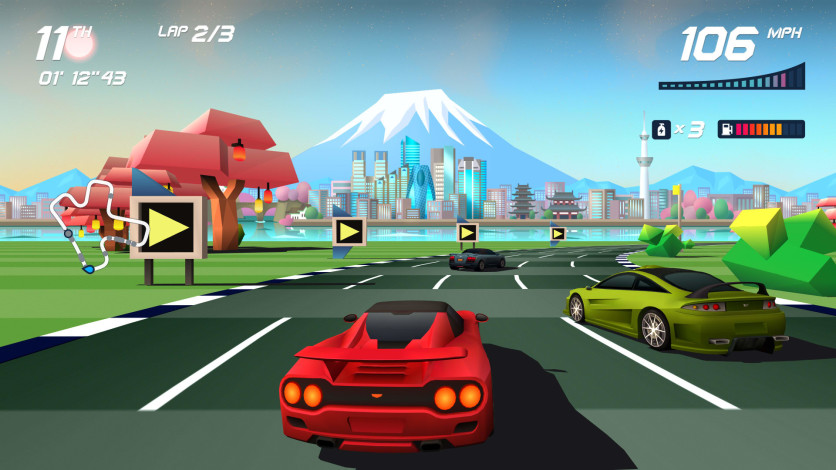 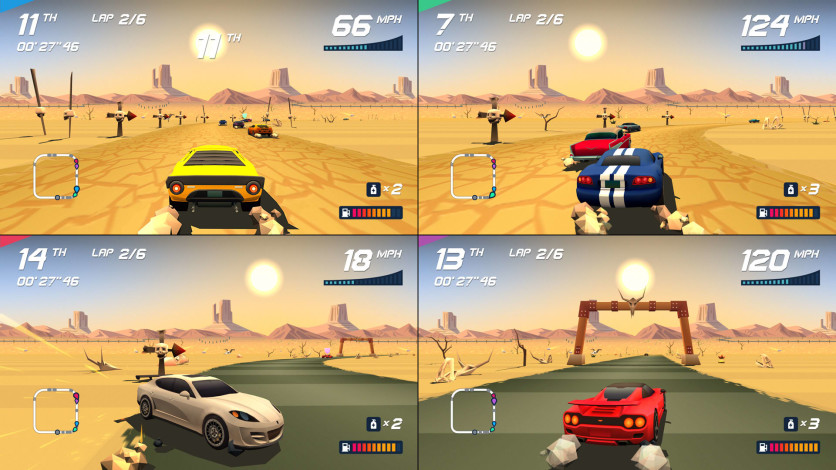 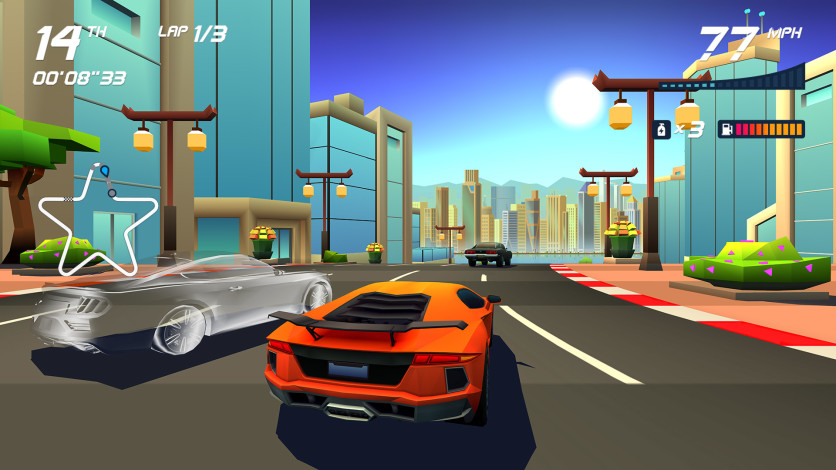 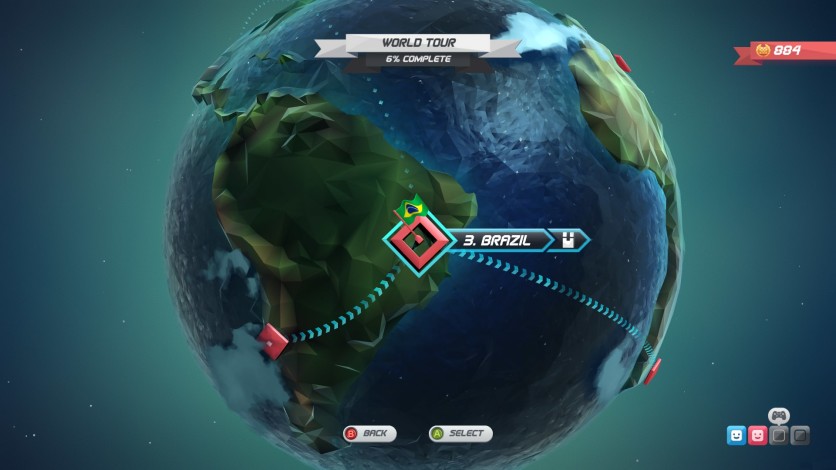 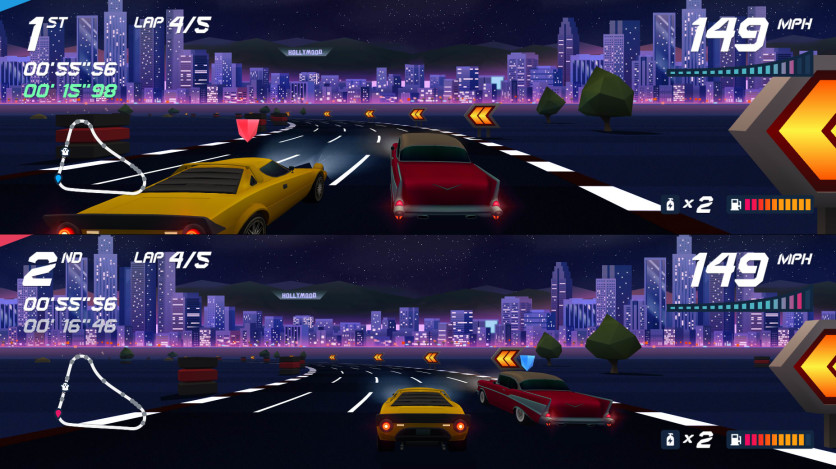 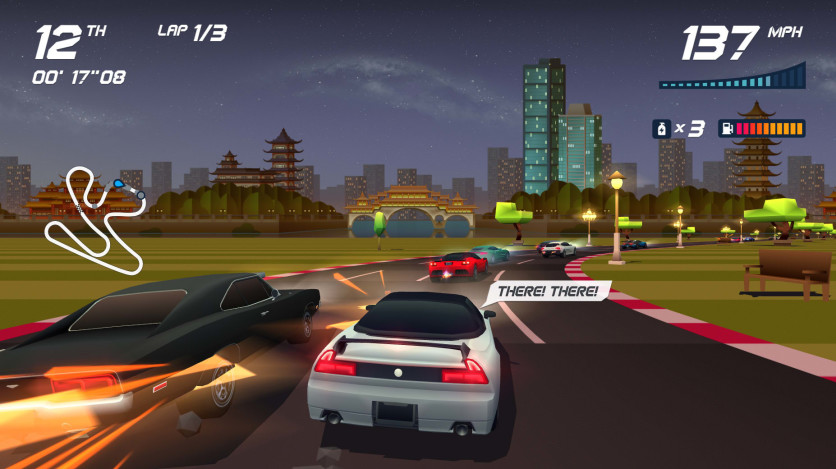 Horizon Chase Turbo is a racing game inspired by the great hits of the 80's and 90's: Out Run, Lotus Turbo Challenge, Top Gear (SNES), Rush, among others. Each curve and each lap in Horizon Chase Turbo recreates classic arcade gameplay and offers you unbound speed limits of fun. Full throttle on and enjoy!