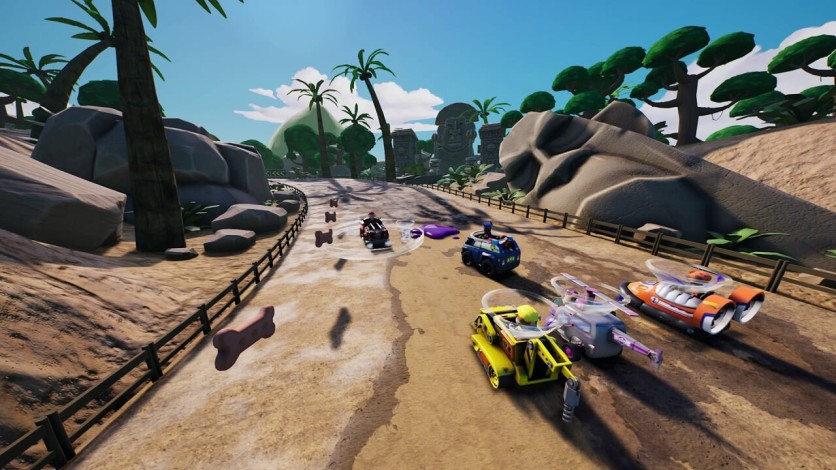 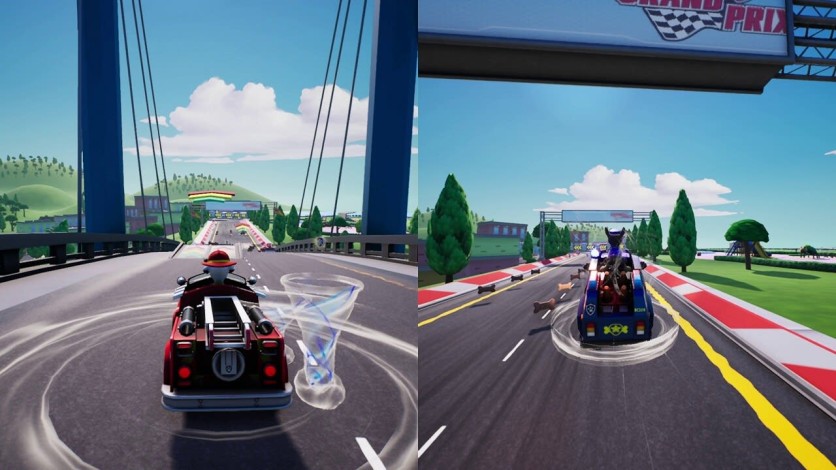 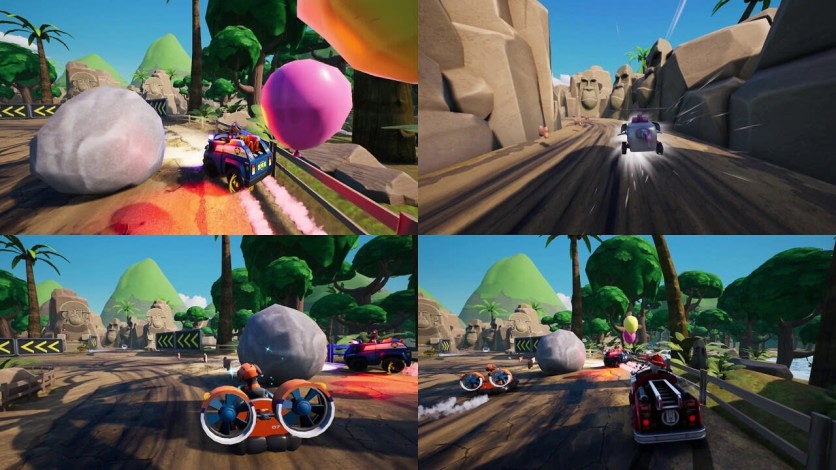 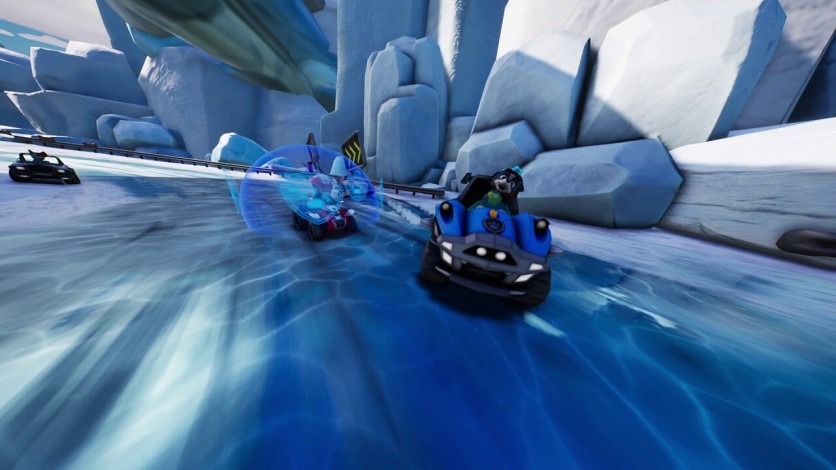 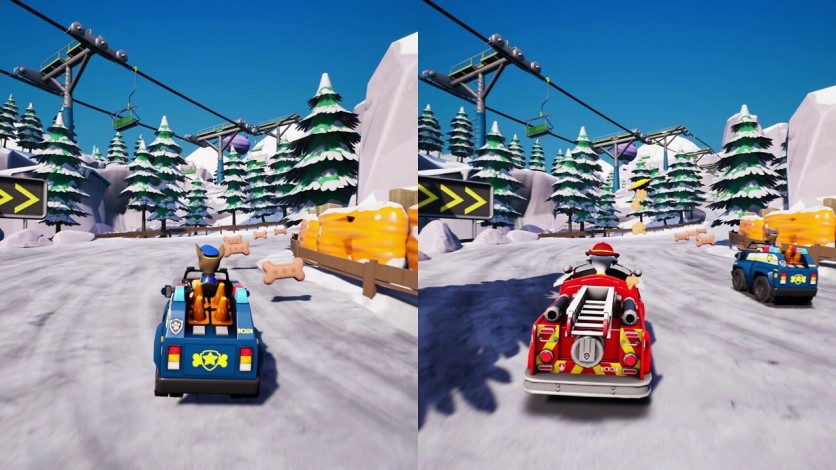 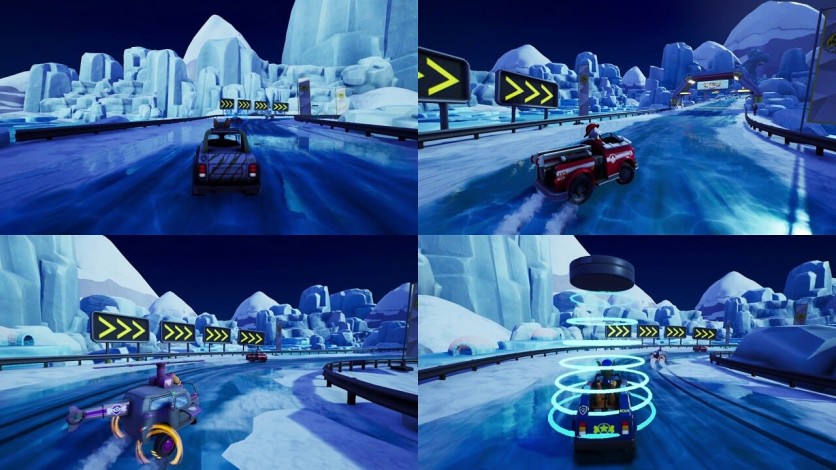 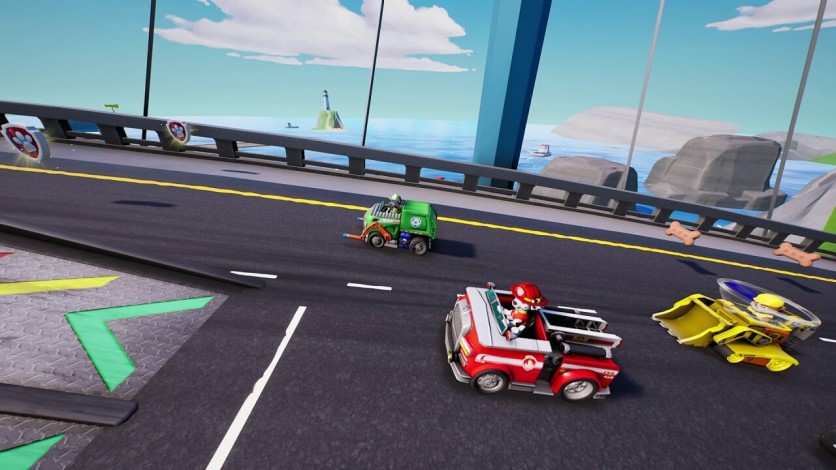 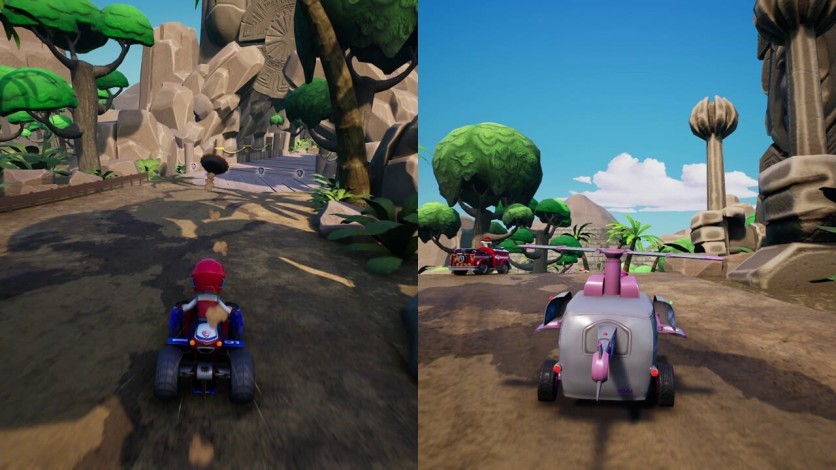 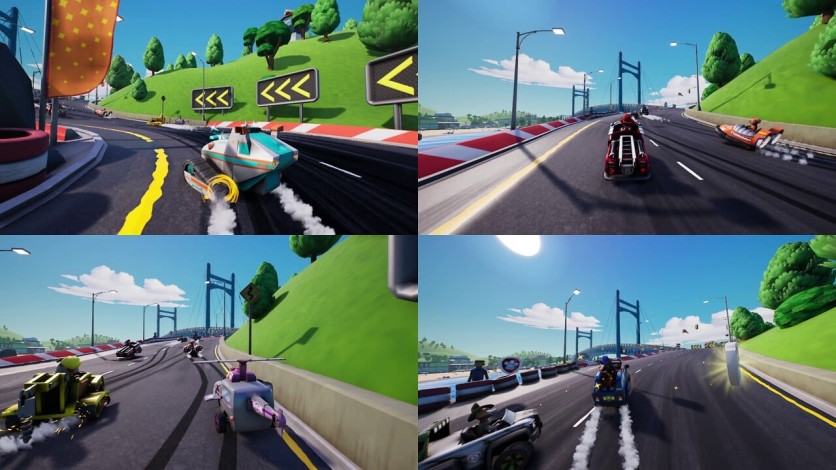 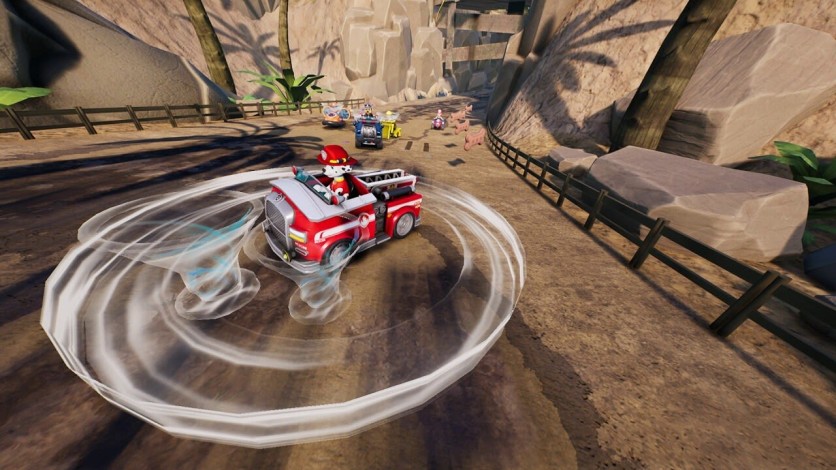 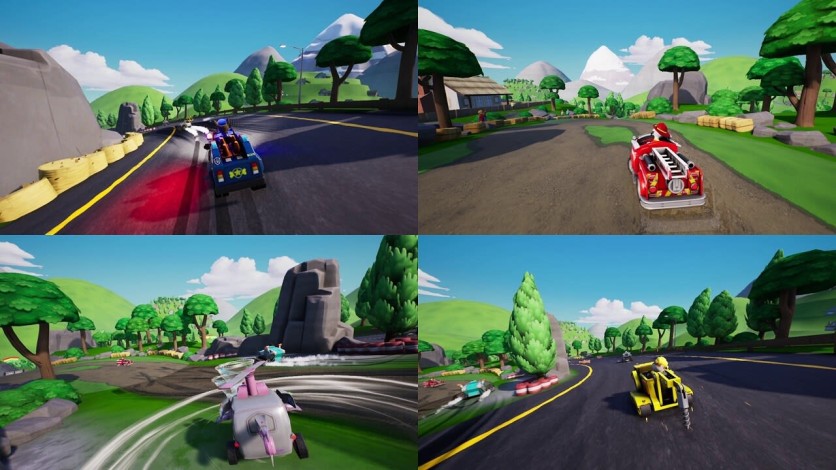 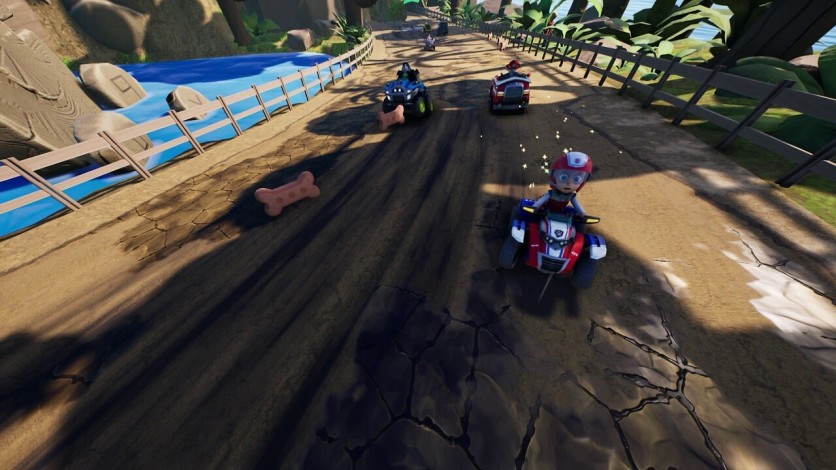 No track is too big, no racer too small!

Race around Adventure Bay with all your favourite PAW Patrol pups and up to 4 players at once – but look out for the obstacles left by mischievous Mayor Humdinger!

The PAW Patrol are on their fastest mission yet – To win the Pup Cup! Drive around iconic locations including Adventure Bay, Jake’s Snowboarding Resort and The Jungle to find out who will be crowned the winner.

Play with friends in this multiplayer championship, where you can pick any of your favourite pups including Chase, Skye or Marshall. But watch out, because sneaky Mayor Humdinger could be just around the corner to turn your race into a crazy catastrophe!

Give your pup power ups including water balloons, snowballs, and confetti blasts. Plus, unlock special character skills such as Chase’s siren to slow down the racers around you.

FOR KIDS OF ALL AGES

This kart racer includes an easy control option for little ones with auto-acceleration to guide them around the track, as well as a hard mode for experienced track stars.

So, buckle up for a PAWsome race around 11 tracks with your best pup pals!