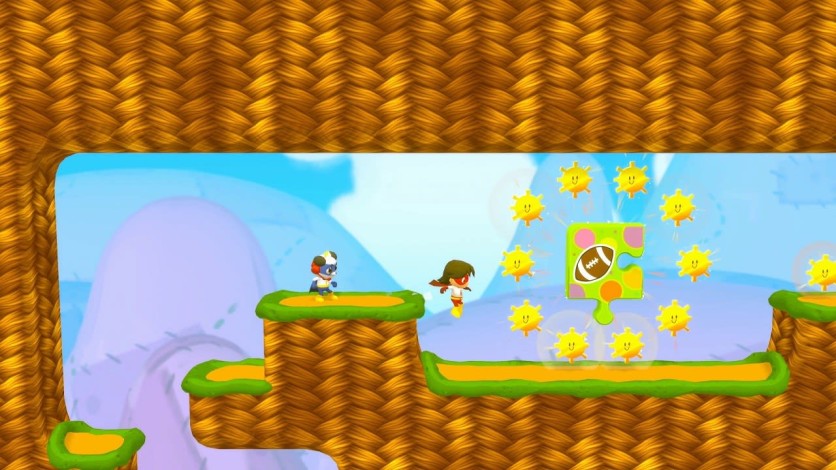 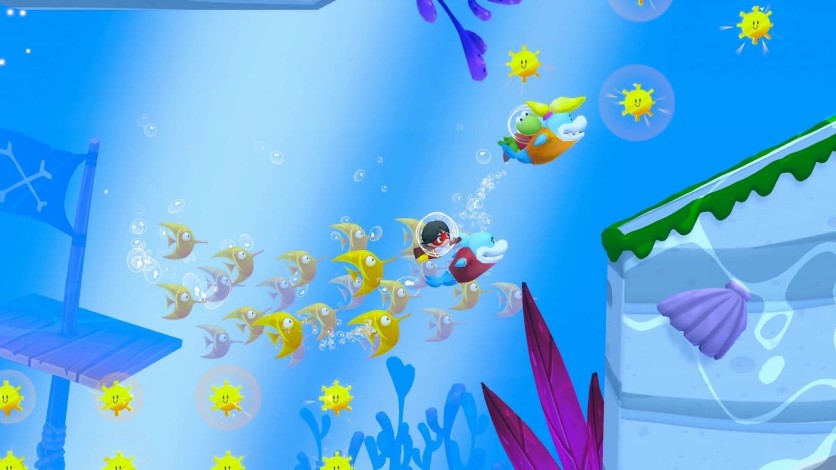 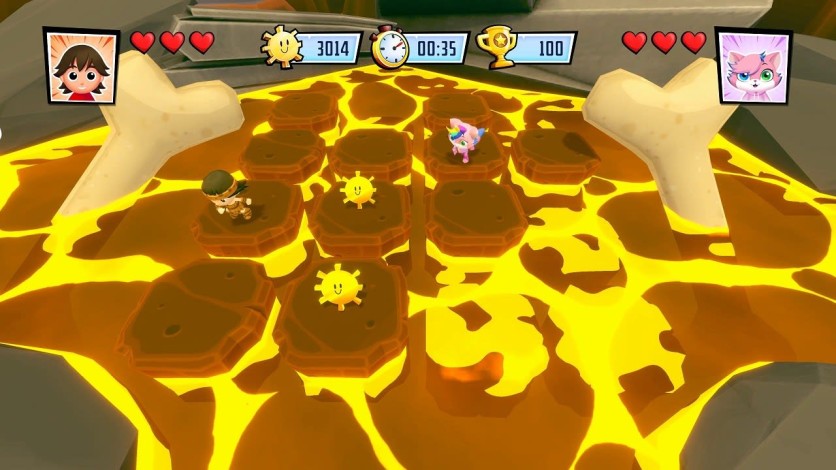 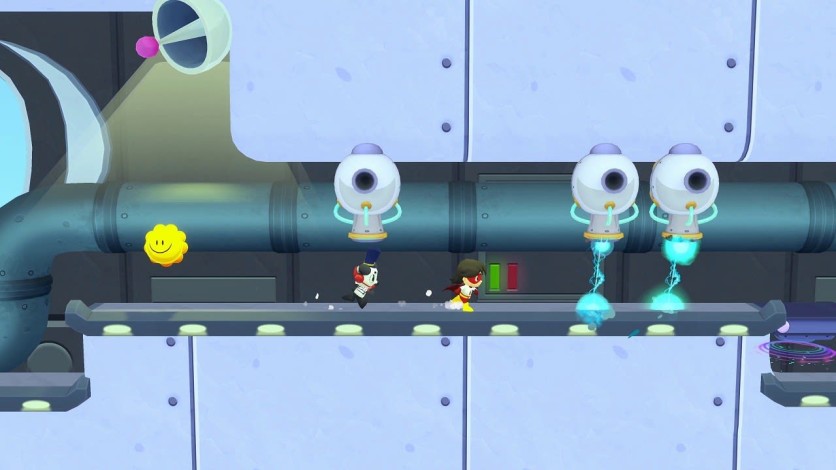 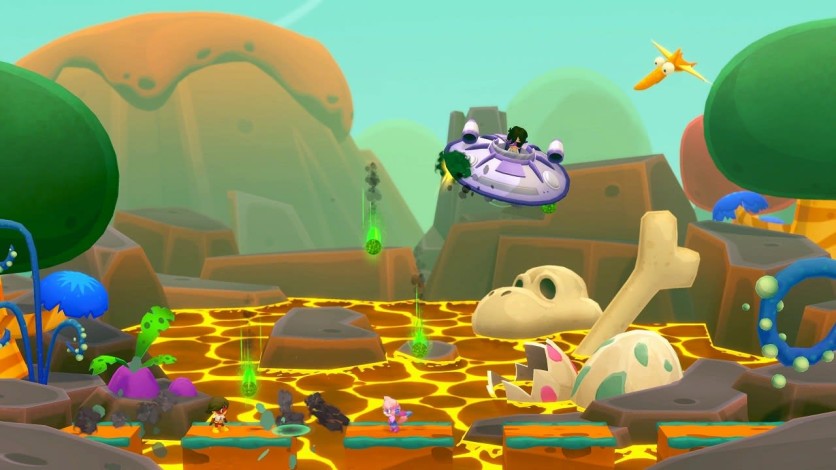 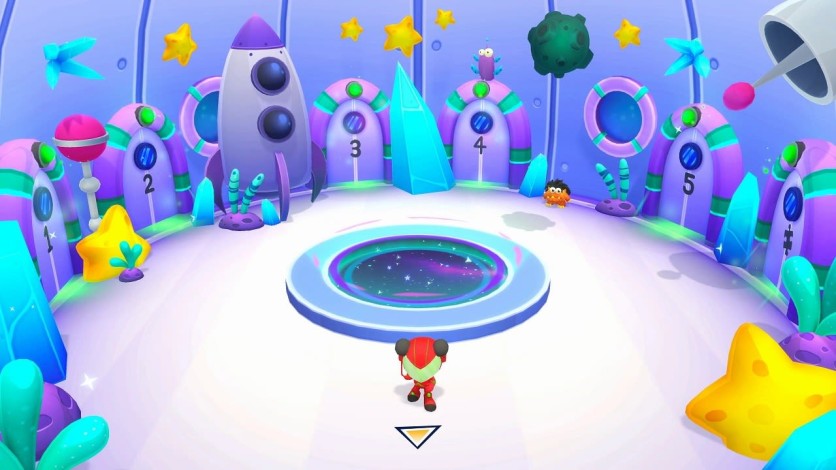 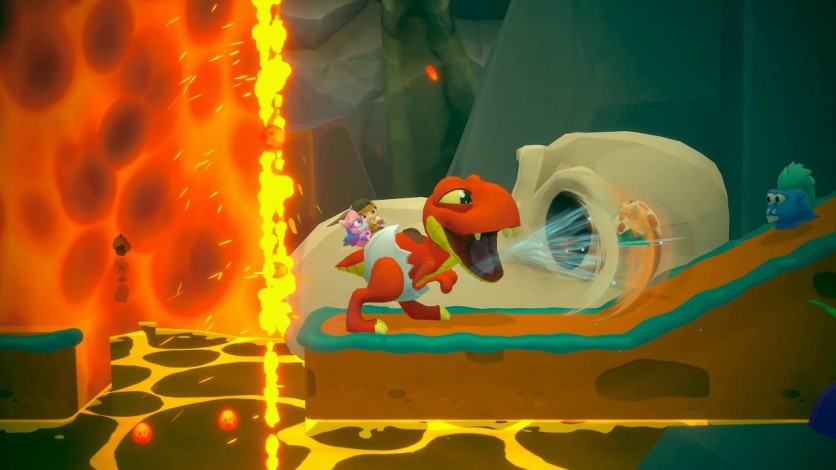 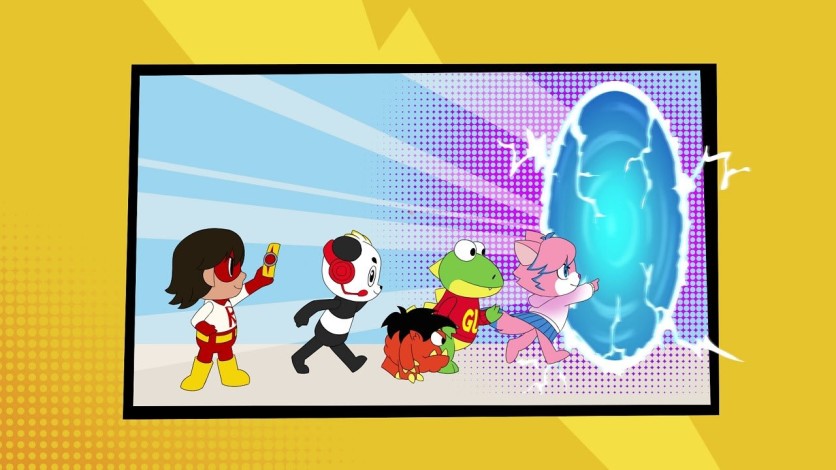 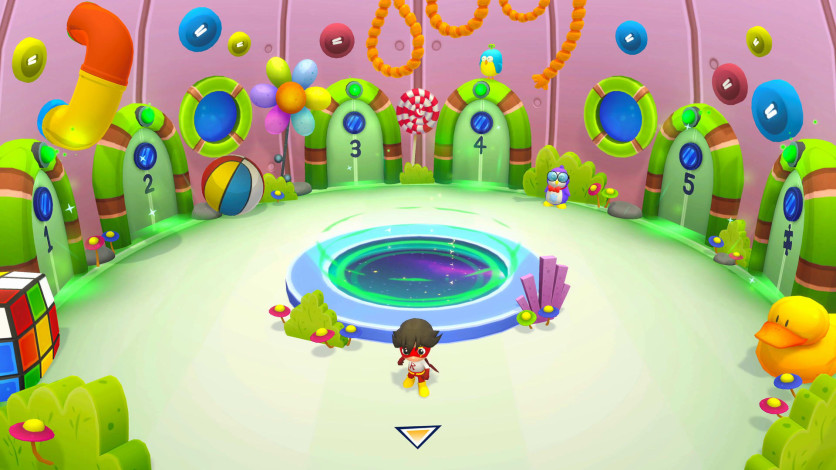 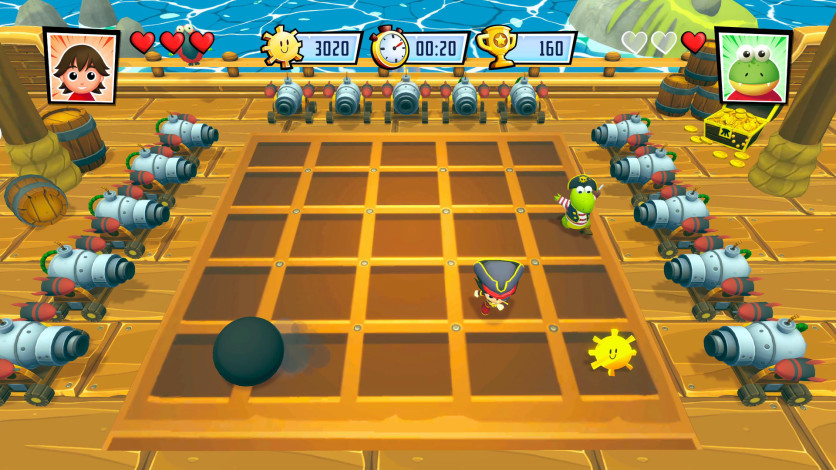 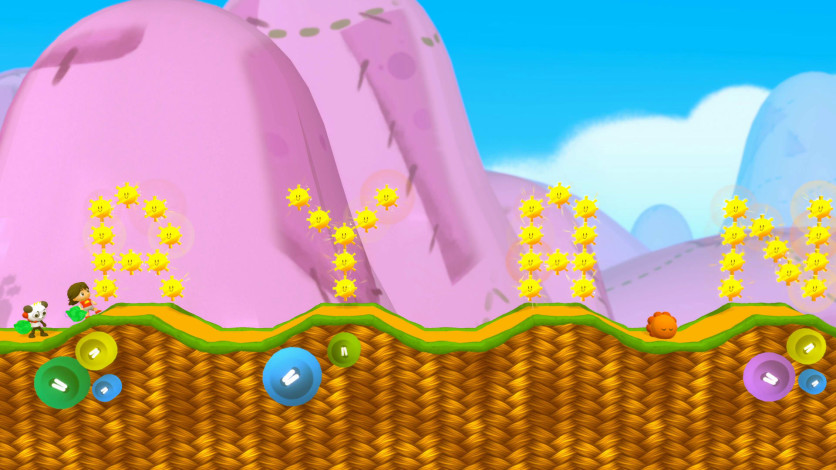 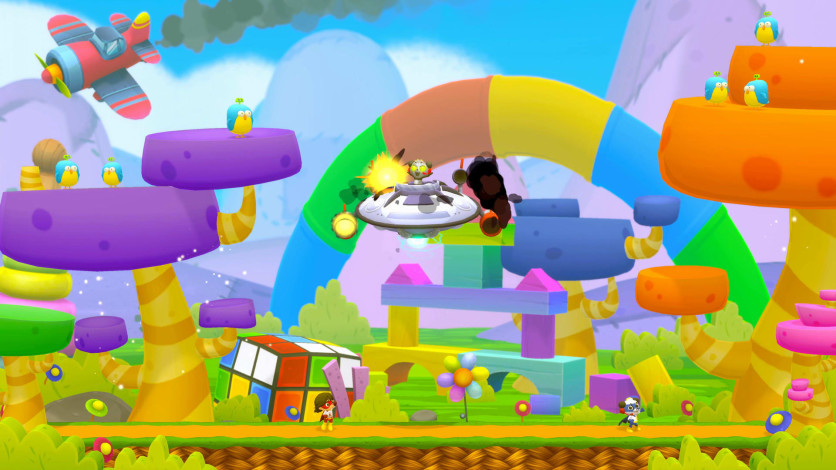 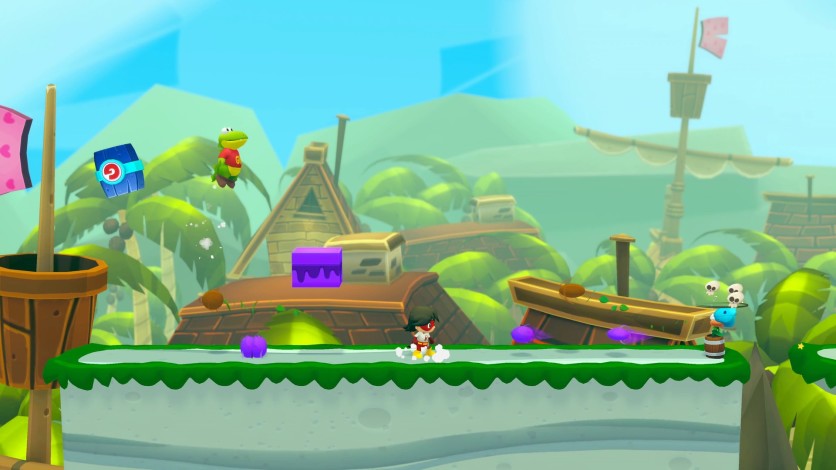 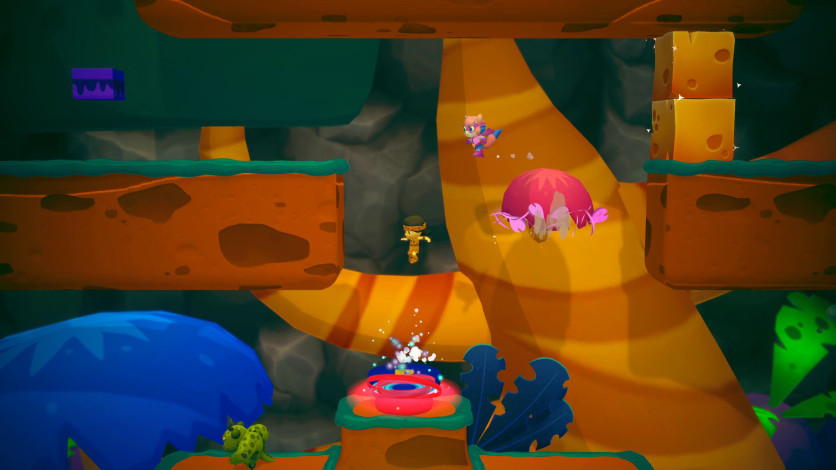 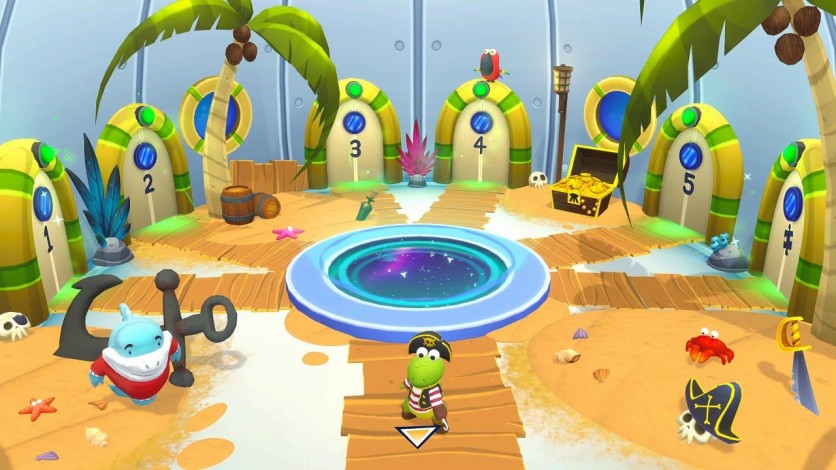 Ryan’s friends have been kidnapped by the evil Dark Titan, Robo Combo, and Packrat – and you are the only hero who can rescue them! Set out on a quest packed with slime, spaceship-flying bosses, and Ryan’s Surprise Eggs. Collect Sun Coins and Surprise Eggs to unlock new shop items and customize your character with fun alien hats, gamer gear, and much more. Use your platforming skills and special moves to save the day.

You can’t beat these bad guys alone, so it’s a good thing hilarious Ryan’s World characters have got your back. Use Gill’s Barrels, Moe's Spaceship, Peck’s Slime, and more to stun and defeat enemies. You can even ride on a giant Shelldon! You’ll find them all as you explore the amazing worlds of Toys, Pirates, Space, and Prehistoric, where Ryan’s friends are waiting for you to rescue them.

So, choose which hero to be – Ryan, Combo Panda, Alpha Lexa, or Gus the Gummy Gator – and jump into Ryan’s World. Invite a friend or grown-up to play with you in local two-player mode. And try exciting games like Spaceship Flight and The Floor is Lava. Can you defeat Dark Titan and his fiendish allies?