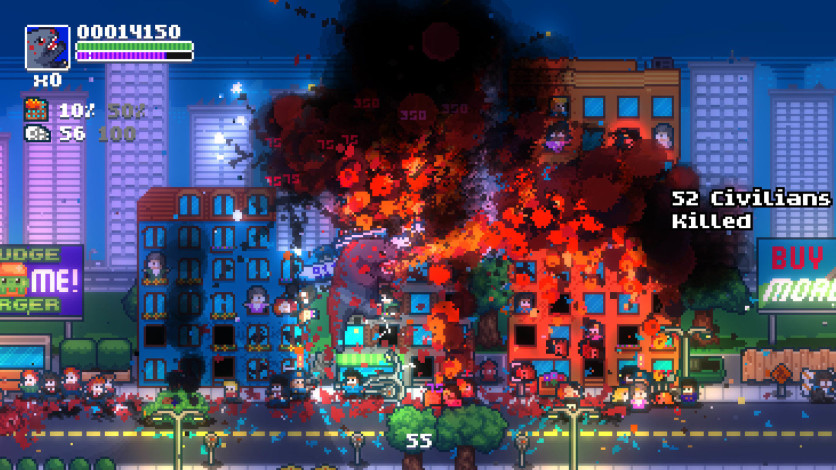 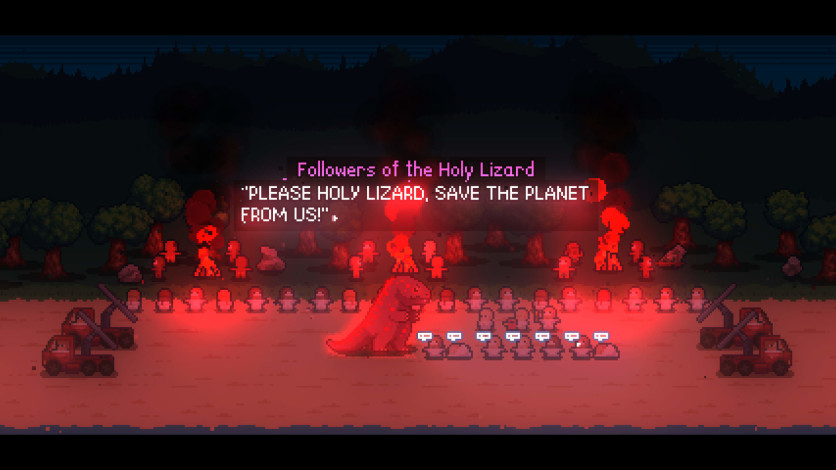 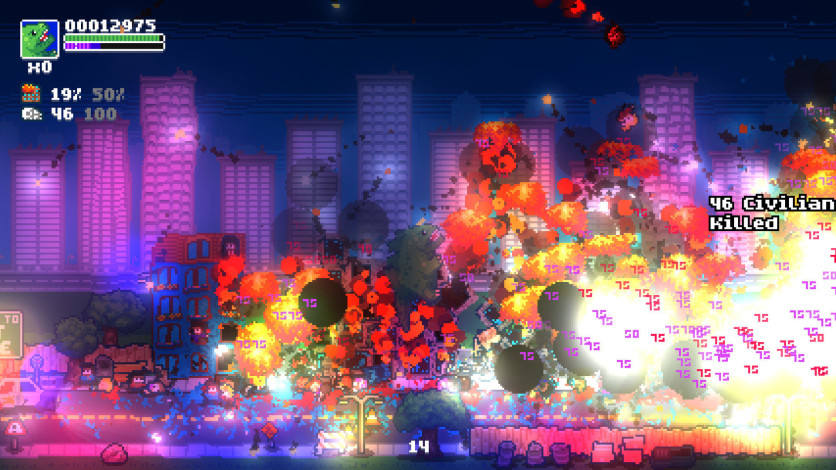 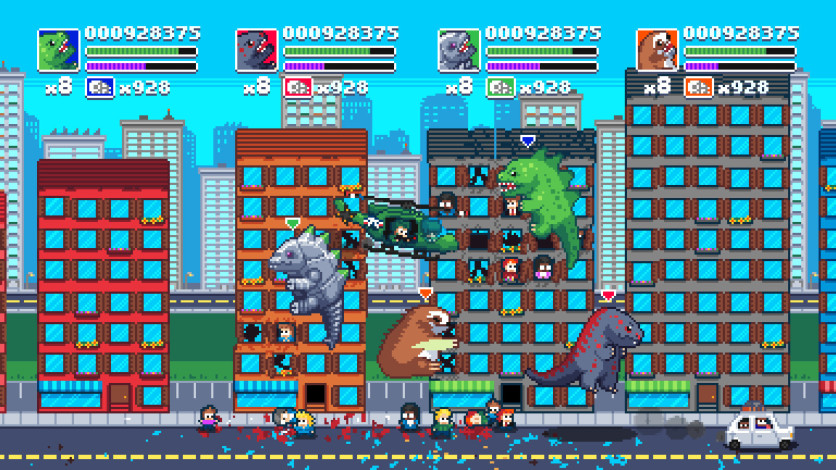 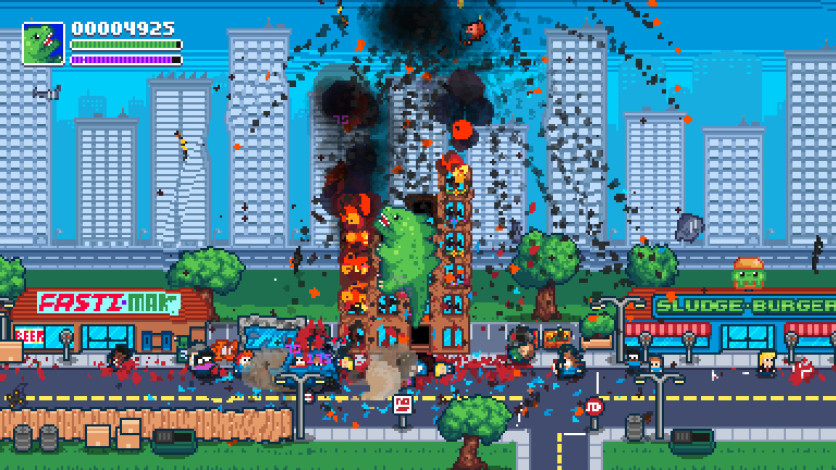 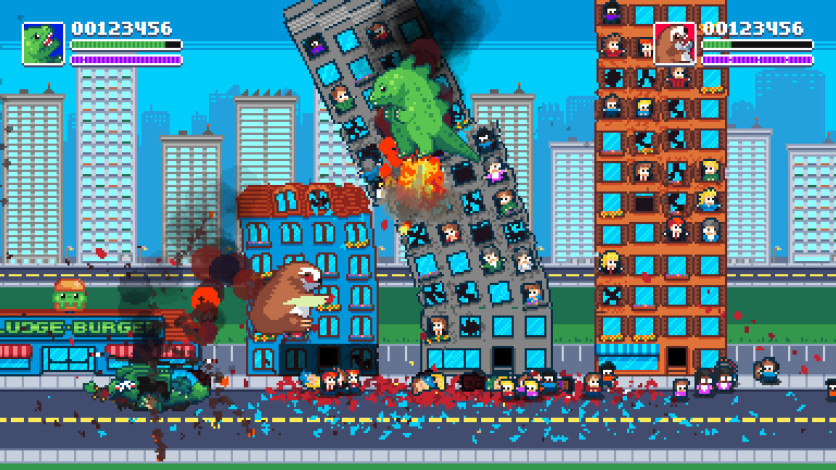 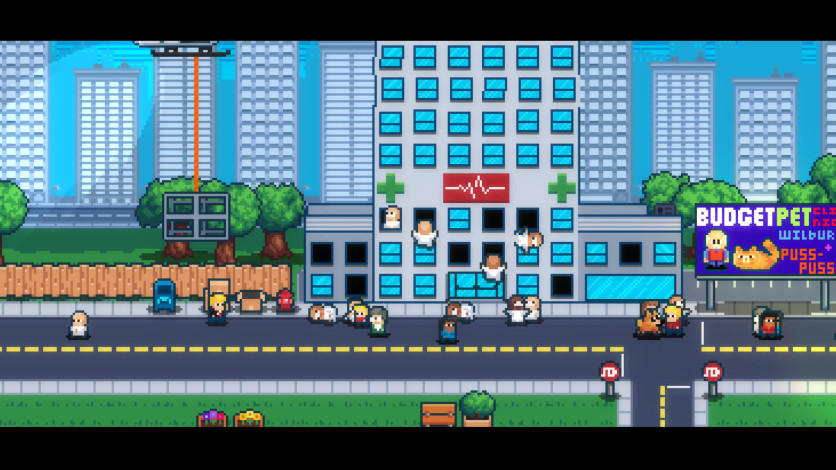 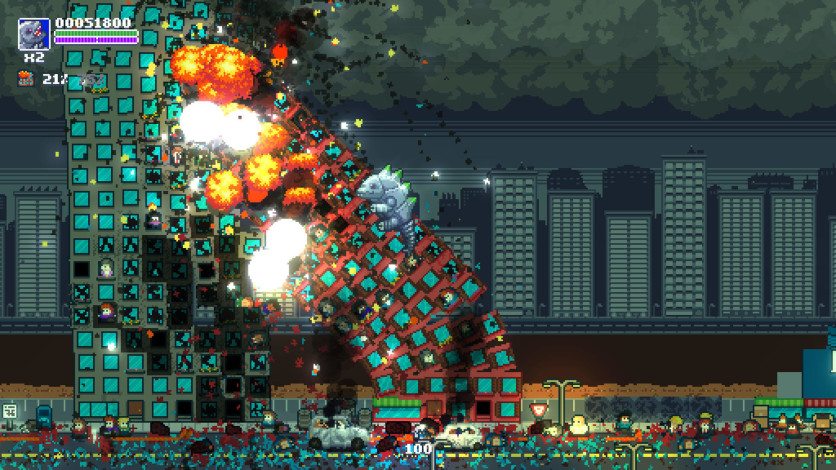 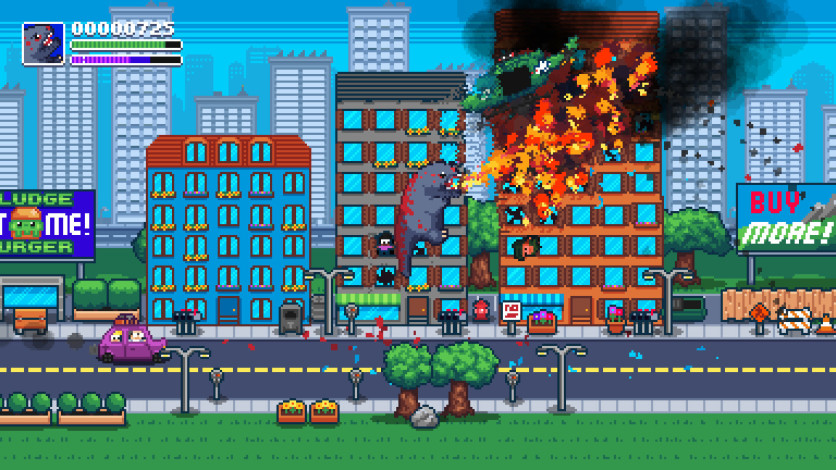 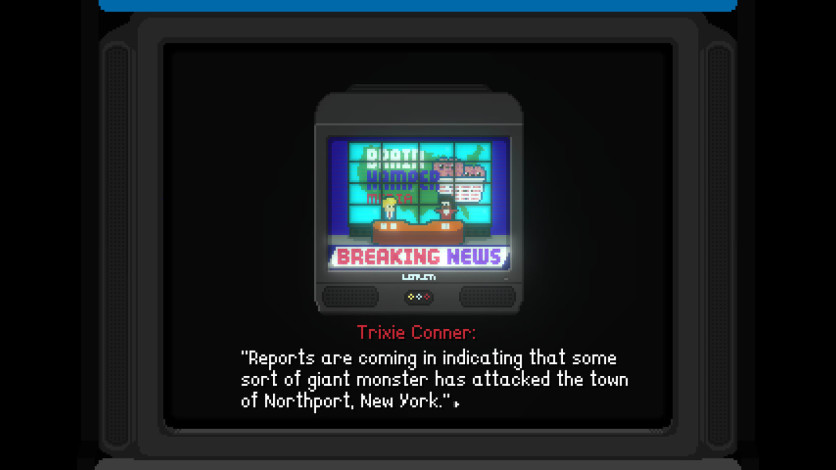 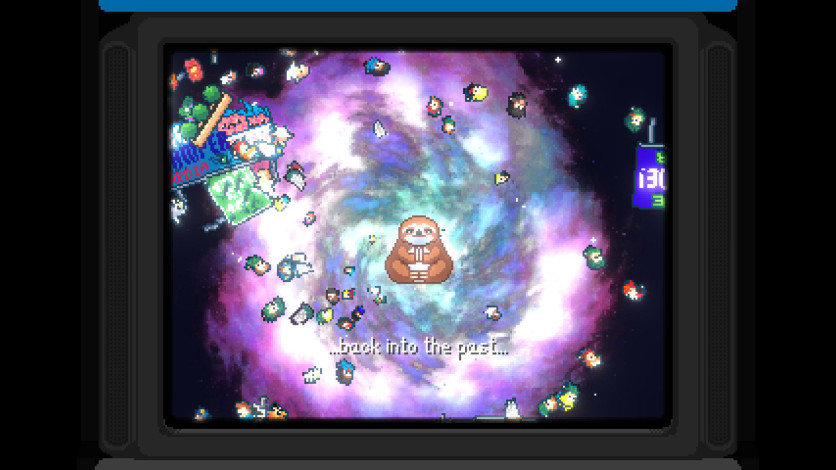 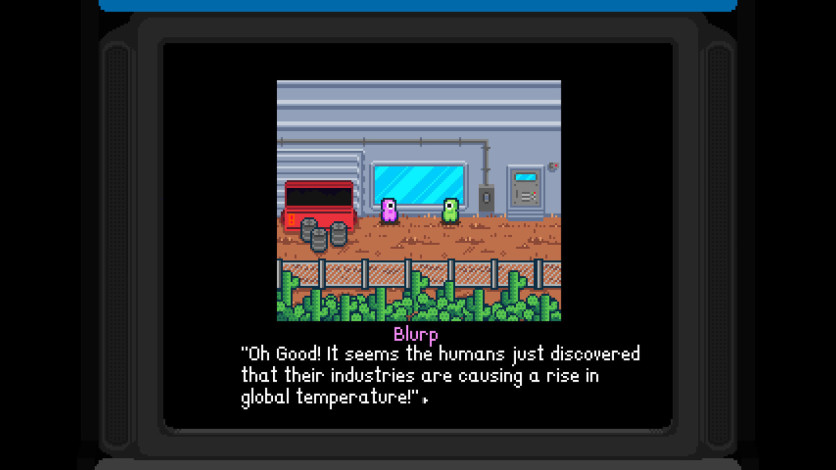 Play like a giant monster and unleash chaos on humanity in this retro game to squash it all! Demolish buildings, hit helicopters, smash vehicles, eat humans. The butchery is very diverse! Satisfactory arcade-style destruction for up to 4 players!

Earth is on the brink of a climate catastrophe! The Church of the Sacred Lagarto has a plan to "save" humanity from its own contempt for the planet: unleash a monster to kill, destroy and cause absolute terror!

Choose one of four monsters that have been thawed out to leave a trail of absolute destruction through several stages. You will scream with joy as you trample terrified citizens and pulverize buildings in a retro journey of incredible monsters, total destruction and comic deaths!

Terror of Hemasurus is the newest game by Loren Lemcke, creator of Super Blood Hockey.

Terror of Hemasaurus (c) 2021 Loren Lemcke/Games By Loren. Licensed to and published by Digerati Distribution & Marketing LLC. "Terror of Hemasaurus" and "Digerati" are trademarks or registered trademarks of Digerati Distribution & Marketing LLC or Loren Lemcke/Games By Loren, as applicable. All rights reserved.