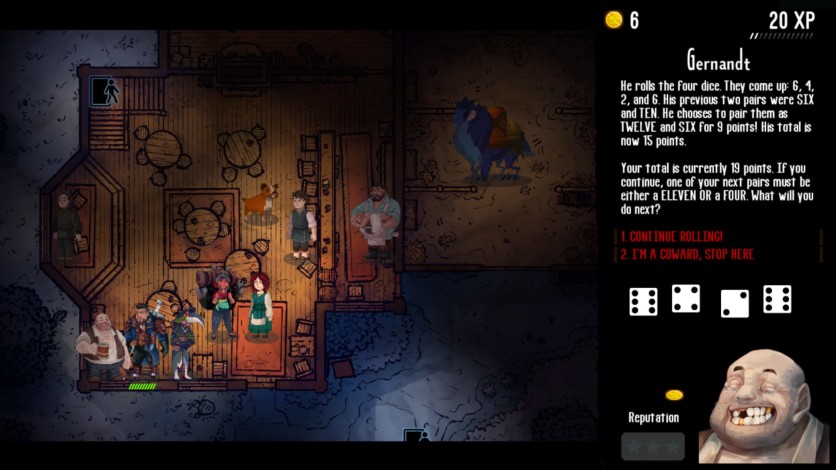 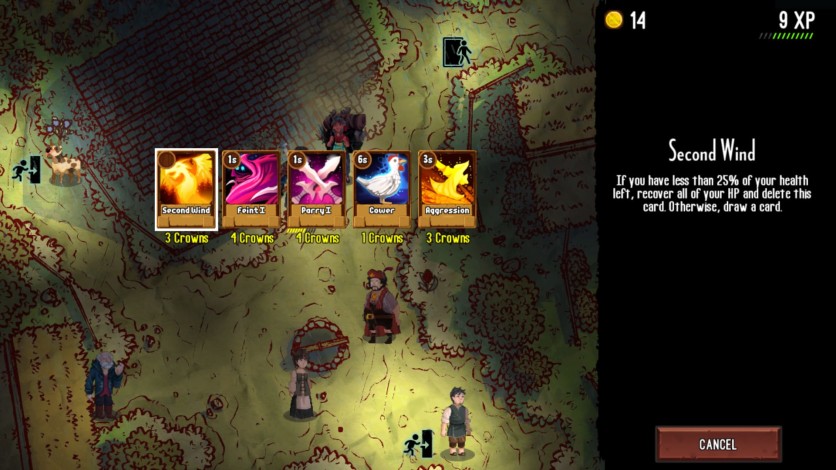 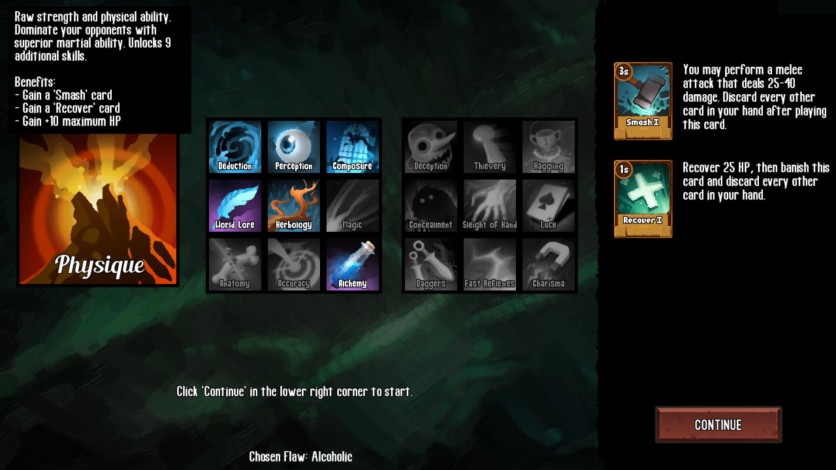 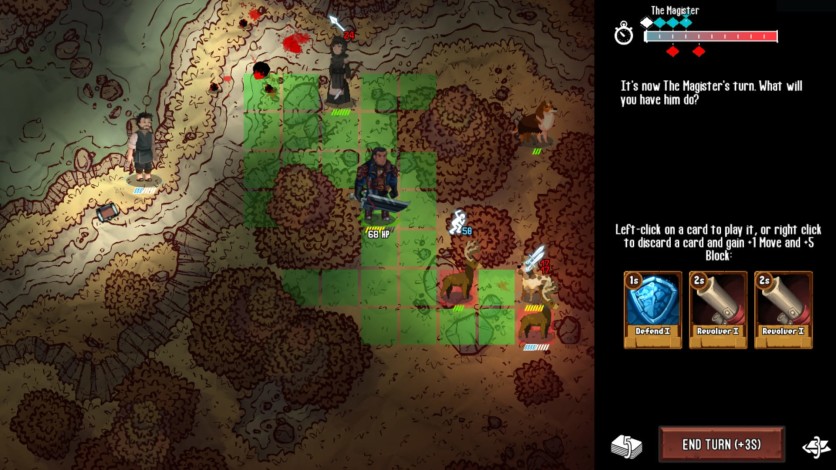 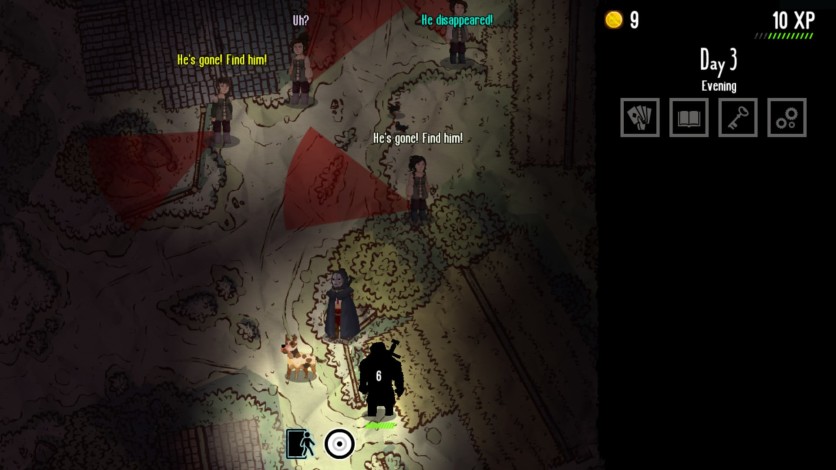 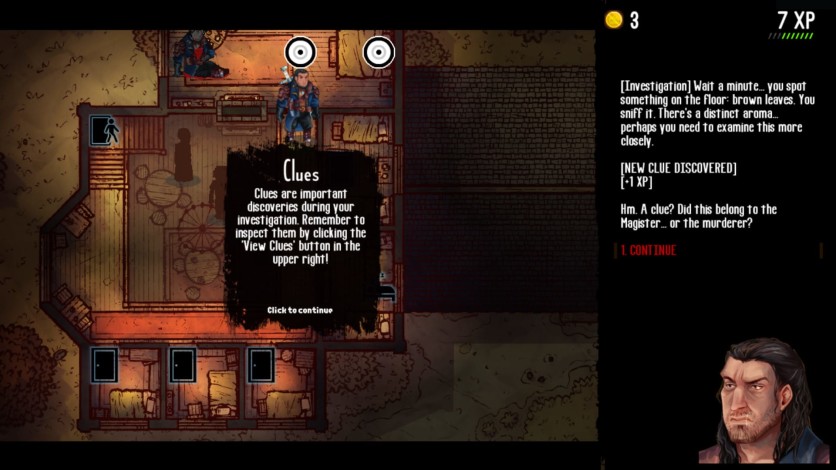 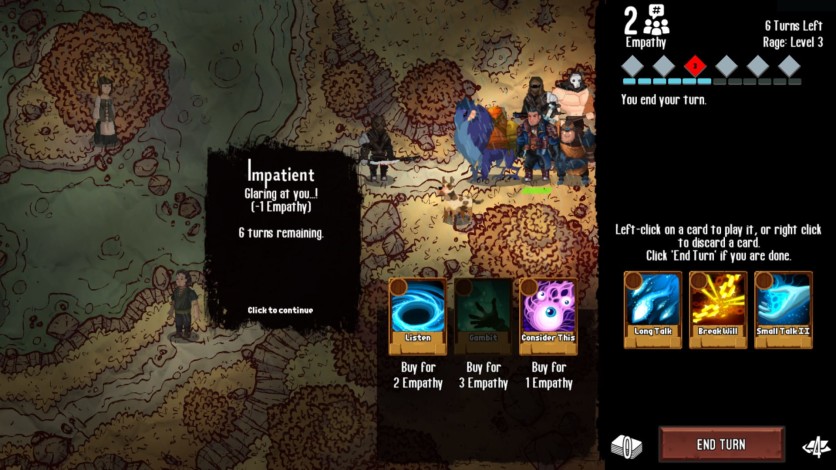 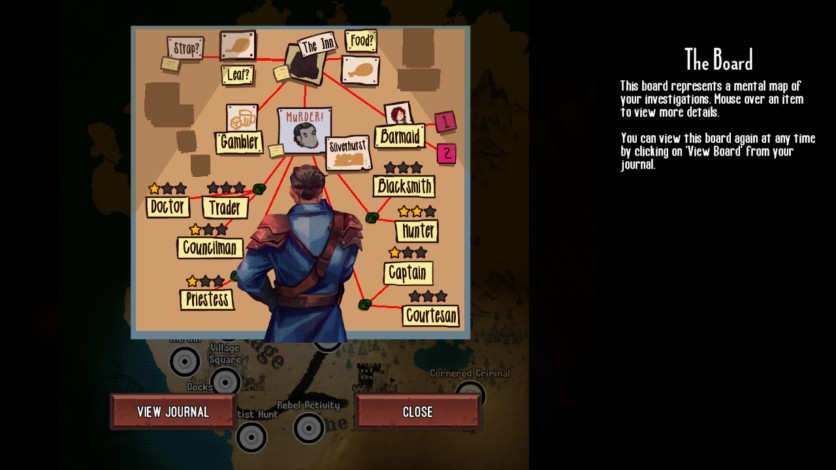 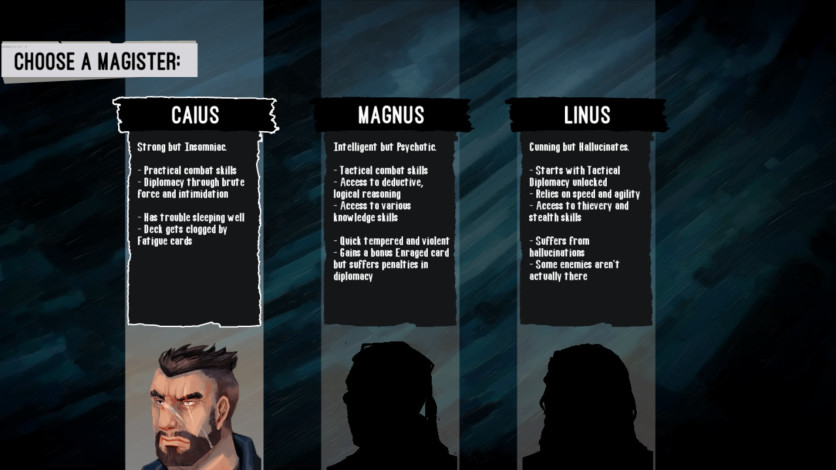 The Magister is a murder-mystery card-battler RPG. Build and customise your deck to fight in battles, or use ‘Tactical Diplomacy’ to pacify those who stand in your way. Gather clues and discover motives as you investigate the death of your predecessor and unmask the guilty culprit.