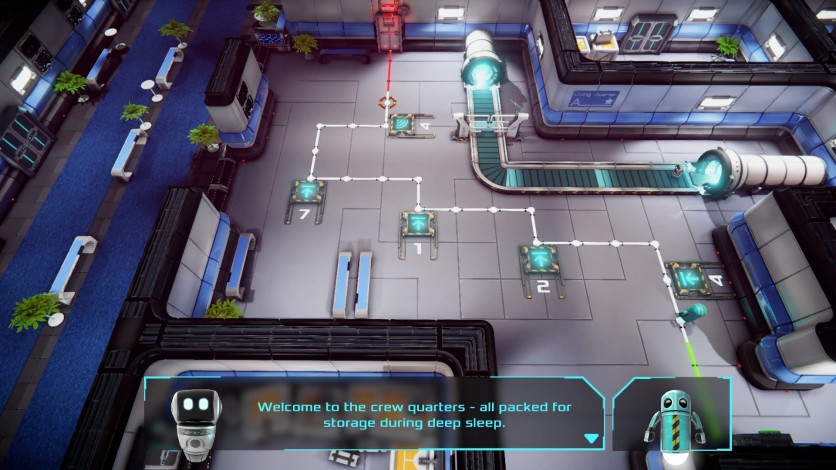 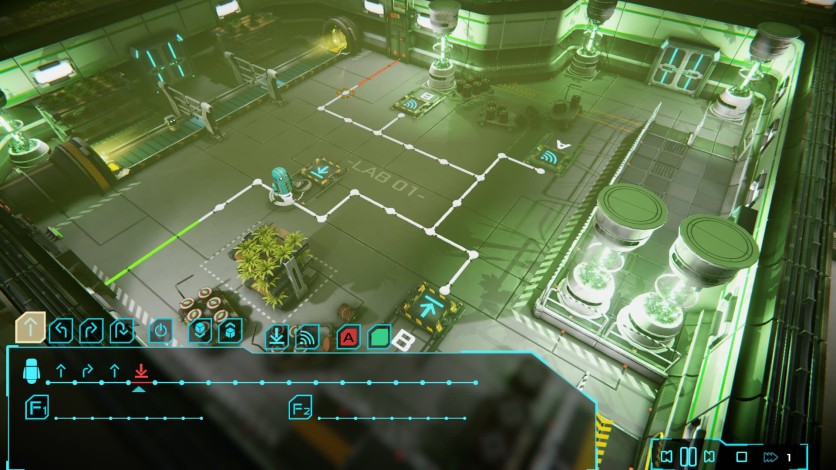 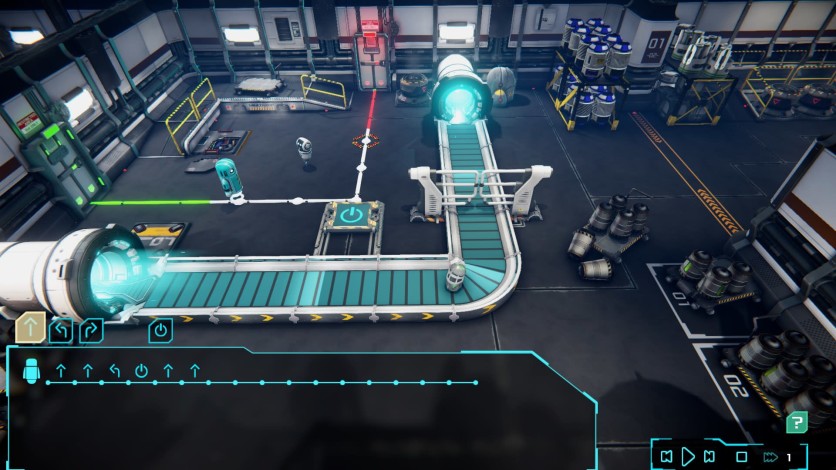 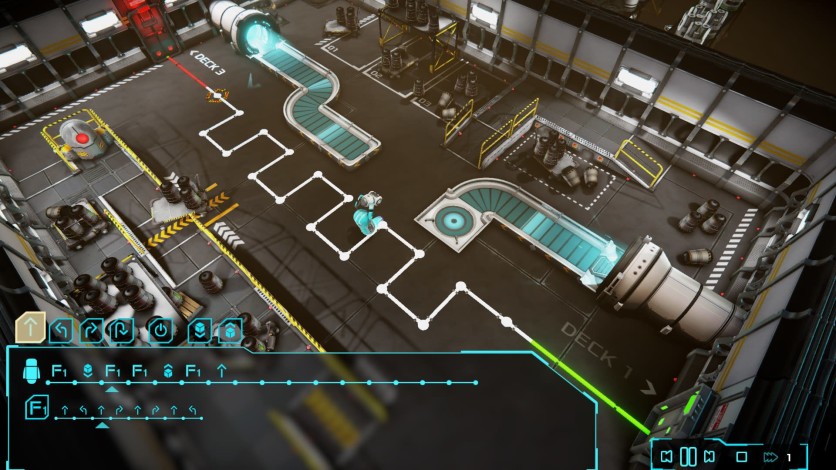 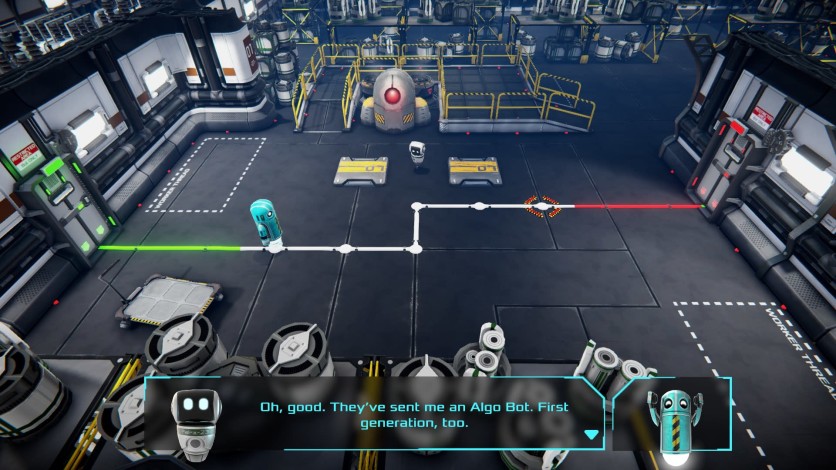 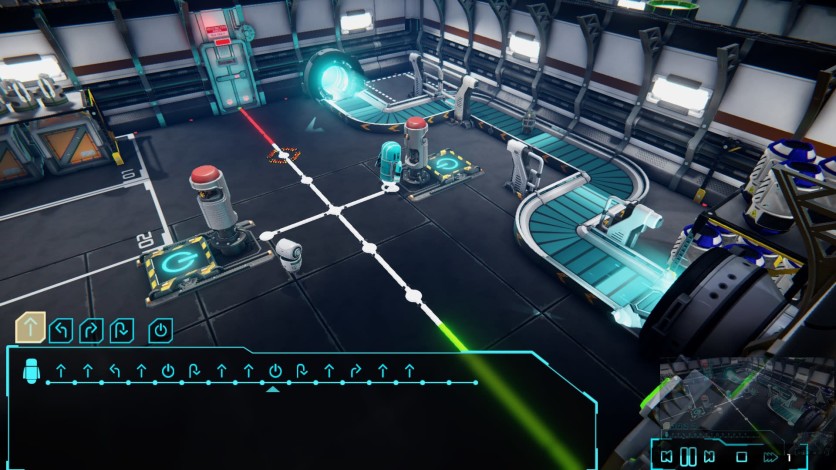 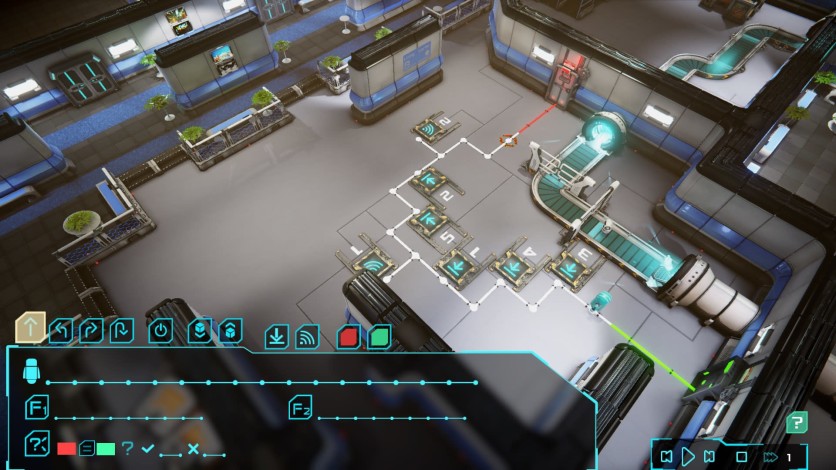 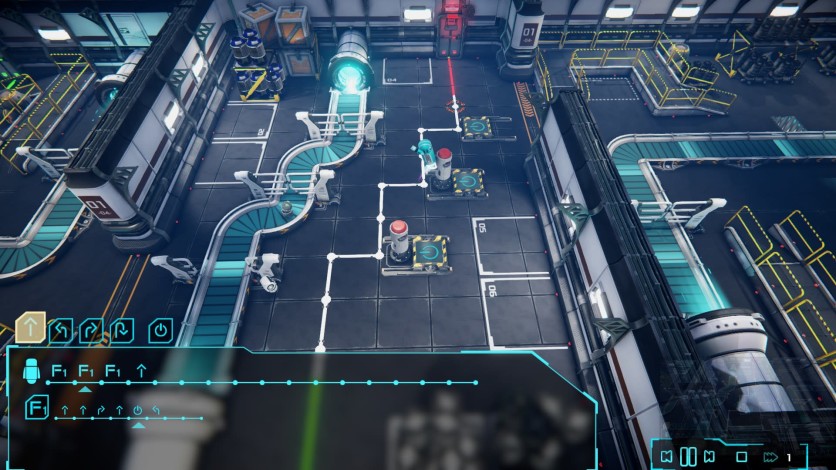 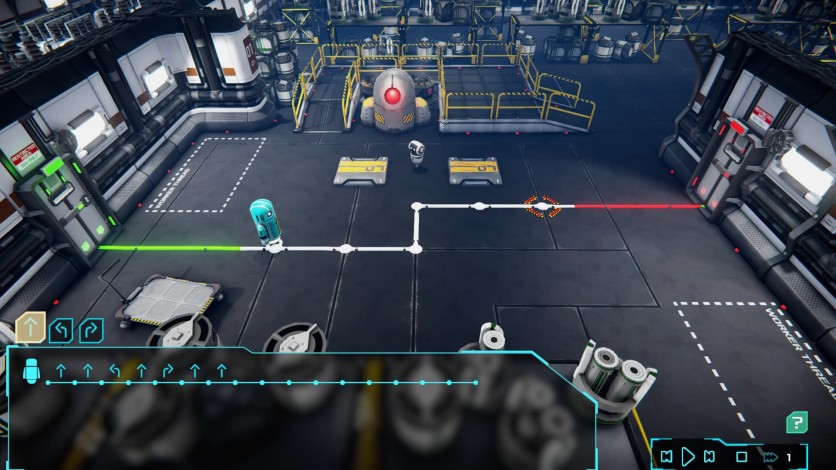 Deep inside the Europa, a pan-galactic colonization ship, the sleeping crew dreams about their new life on the far side of the galaxy.

But there can be no rest for Algo Bot, a service droid working on the junk deck. When a routine recycling mission with cantankerous line manager PAL goes horribly wrong, crisis strikes at the very heart of the Europa.

Unless PAL and Algo Bot can restore the Europa's systems and recover the shipboard AI quickly, there'll be no waking up for anyone.

As the player, you will take the role of the operator and use a visual programming language to issue a sequence of commands to Algo Bot. Will you manage to solve all the puzzles?

Programming aspects covered throughout the game (actually what you can learn):