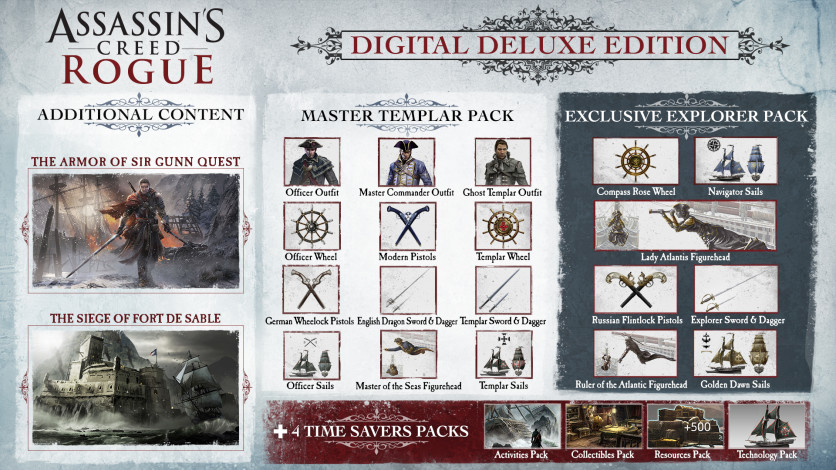 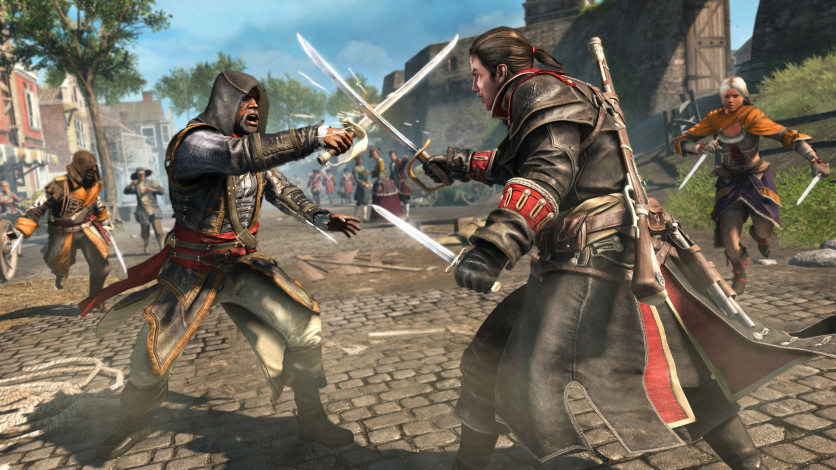 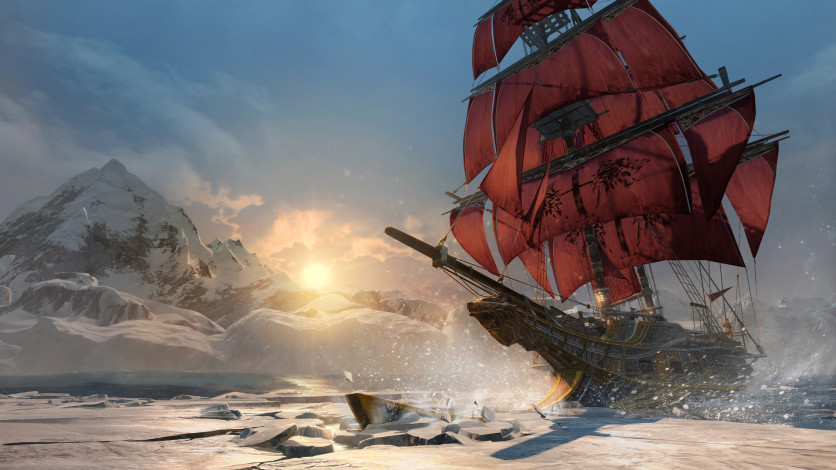 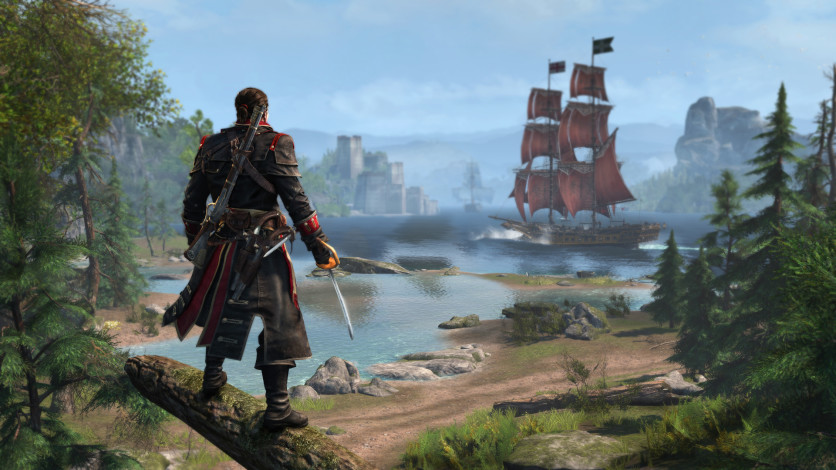 North America, 18th century In the chaos and violence of the Franco-Indigenous War, Shay Patrick Cormac, a fearless young man and member of the Order of the Assassins, undergoes a sombre transformation that will forever change the future of the colonies. After a dangerous mission tragically ends, Shay abandons the Assassins who, in response, try to take their life. Banned by those who once called brothers, Shay begins a mission to destroy all those who betrayed him and ultimately become the most feared Assassin hunter in history.

Featuring Assassin's Creed® Rogue, the darkest chapter in the Assassin's Creed® franchise ever produced. In the role of Shay, you will live the slow transformation from Assassin to Assassin Hunter. Follow your own conviction and set out on an extraordinary journey through New York City, through the valley of the Wild River, to the frozen waters of the North Atlantic, in pursuit of your ultimate goal: to destroy the Assassins.

A vast and diverse open world to explore: