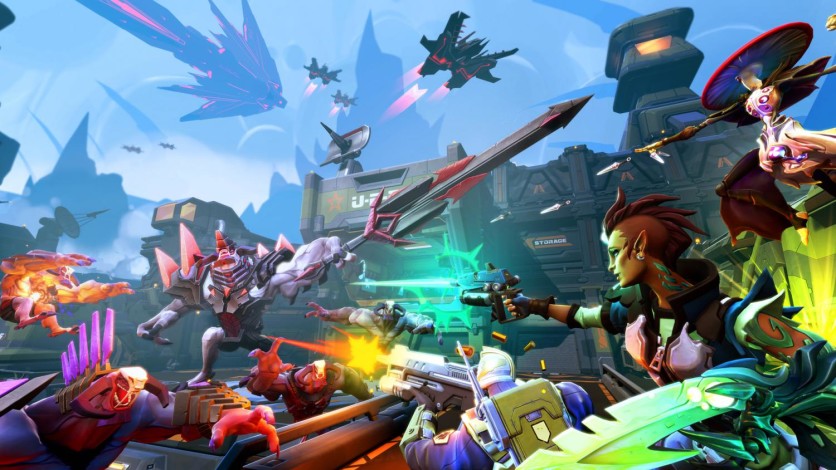 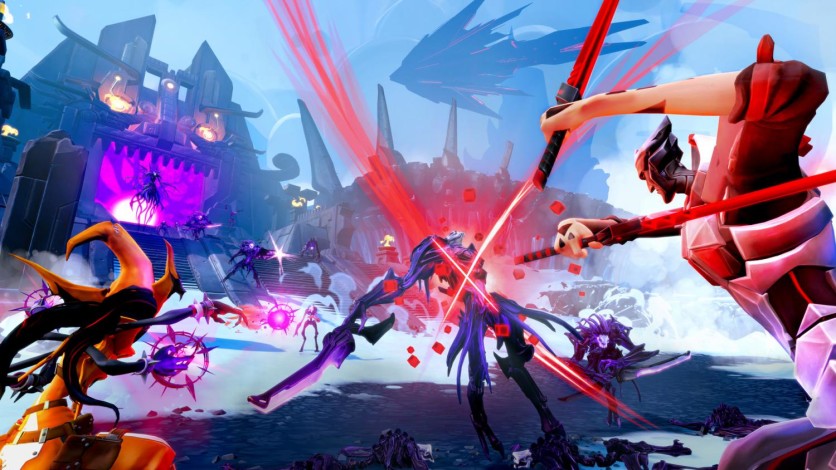 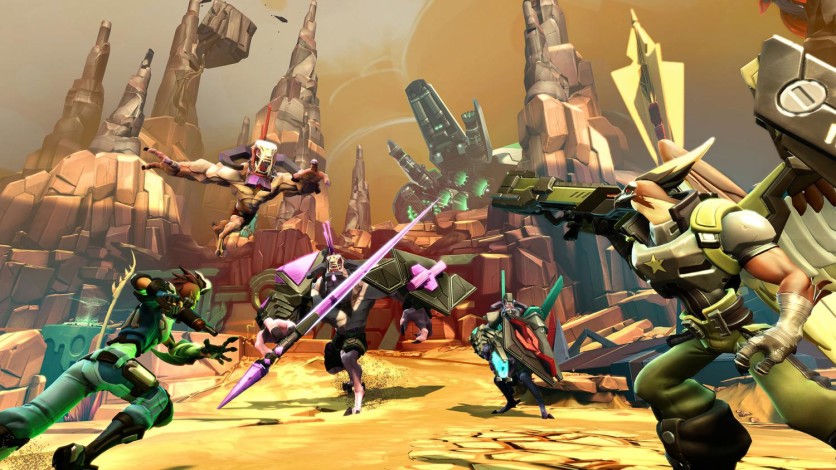 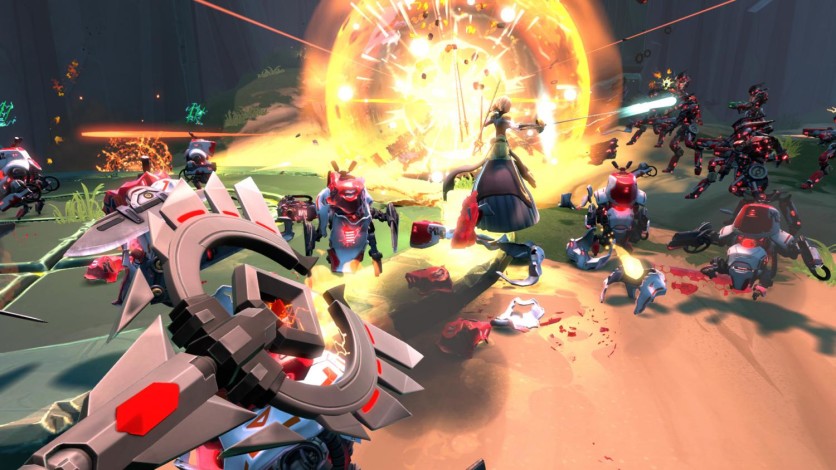 Receive 5 Badass Gold Skins with the “Firstborn Pack” when you Pre-order Battleborn now!

Friends and foes alike will know you were one of the first to take up arms with the Battleborn when you show up to the fight in your exclusive gold regalia. Pre-order your copy of Battleborn and deck your heroes out with an exclusive in-game title and golden character skins for Thorn, Reyna, Montana, Marquis, and Rath. Unlock the Firstborn Pack by being among the first to join the fight to save the universe!

A tremendous band of badass heroes fight to protect the universe’s very last star from a mysterious evil in this next-gen shooter by the creators of Borderlands. To defend it, you’ll need to utilize every type of character and weapon you’ve ever imagined -- from cyborg hawkmen to samurai vampires to mini-gun wielding man-mountains. Slash and parry, run and gun, cast and dash, or simply obliterate foes all while building and growing your personal team of heroes.

Choose your hero and fight alone or co-operatively alongside friends in story missions, or battle against them in fast-paced competitive multiplayer matches.