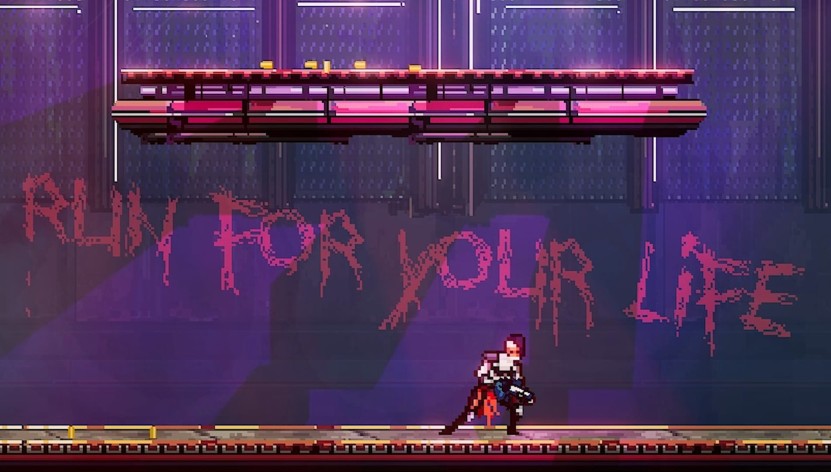 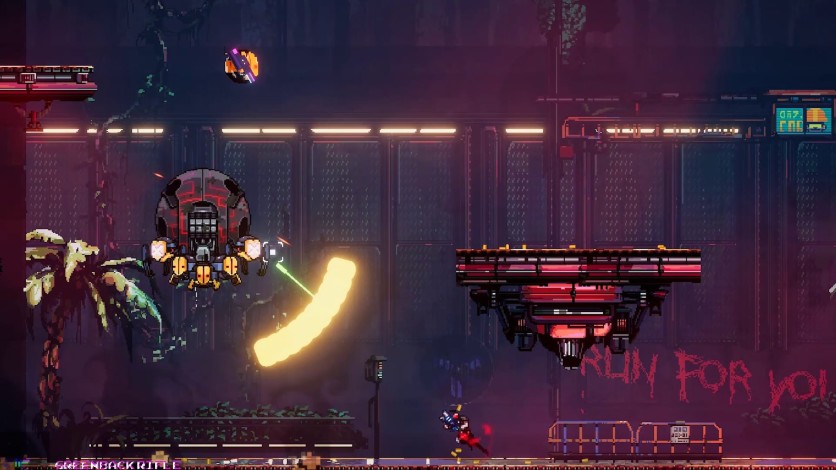 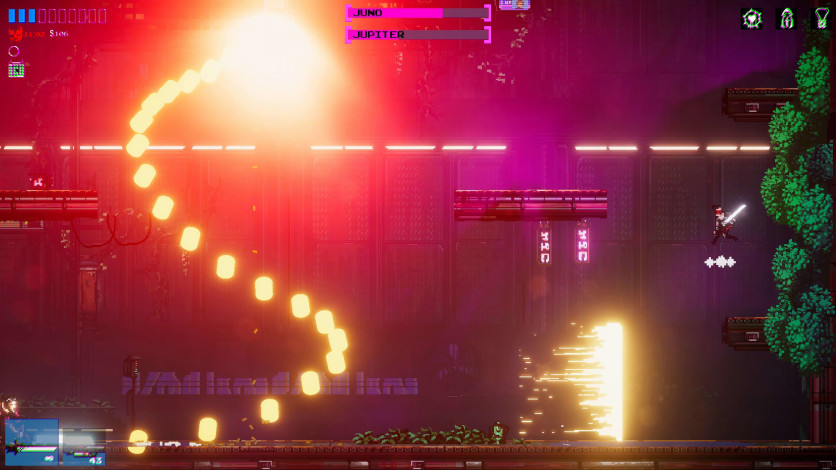 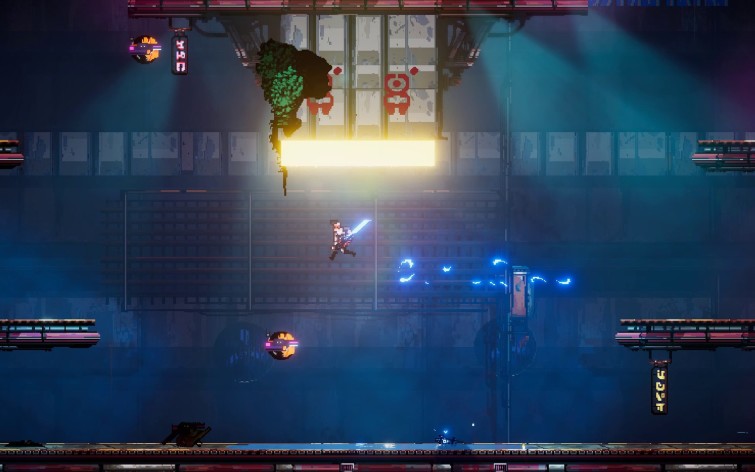 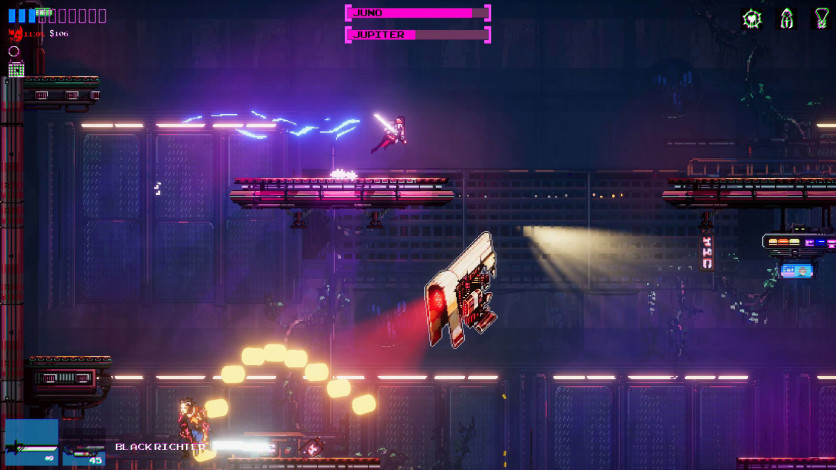 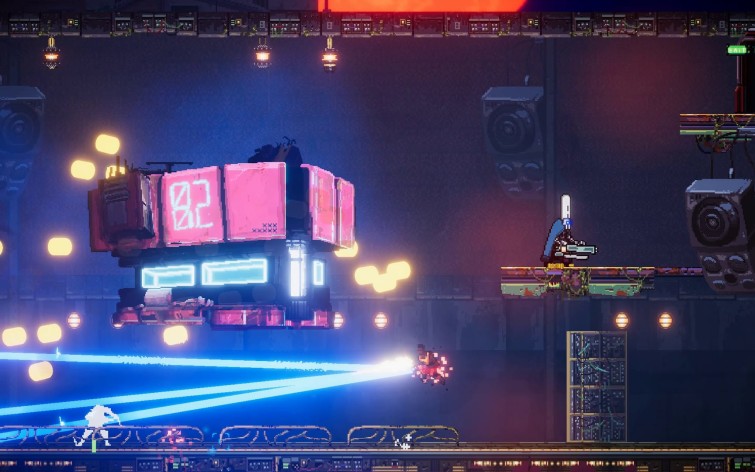 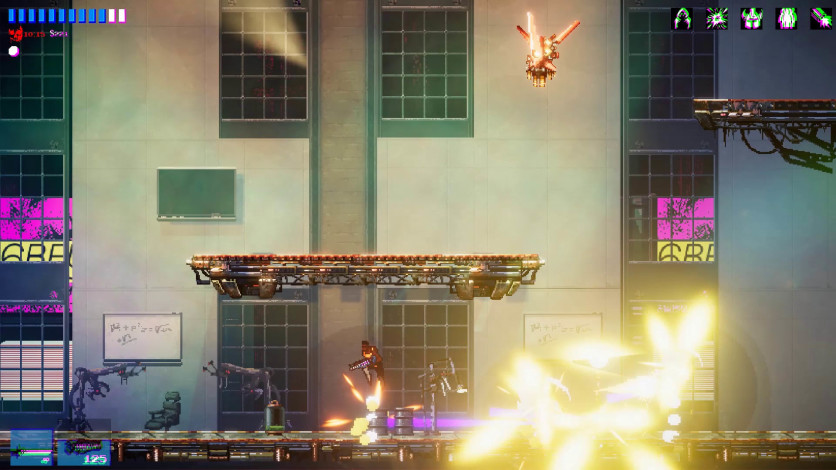 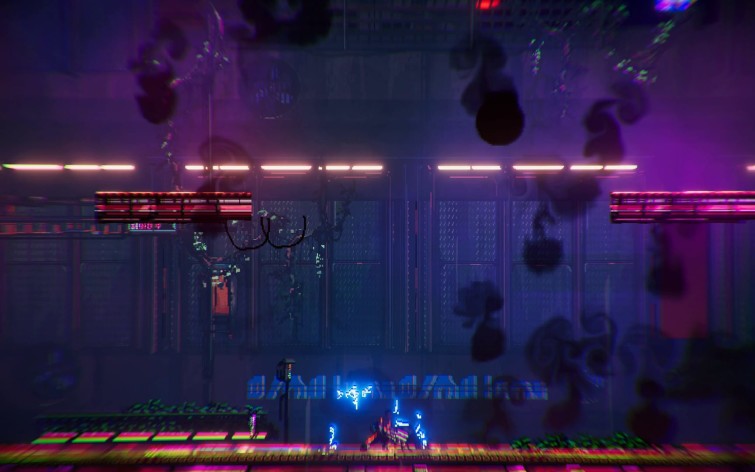 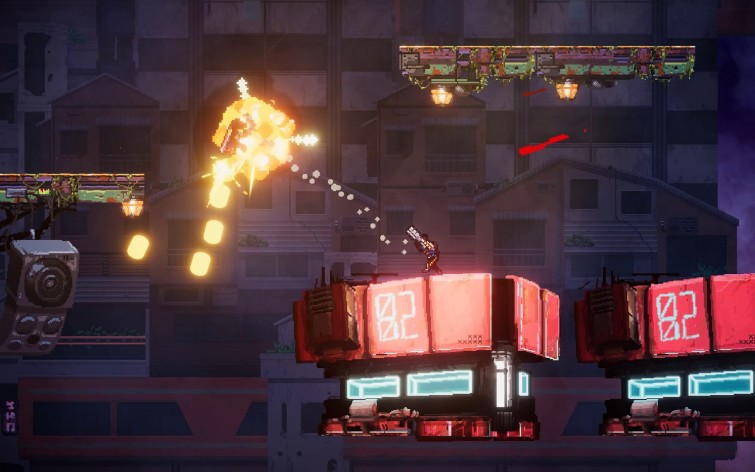 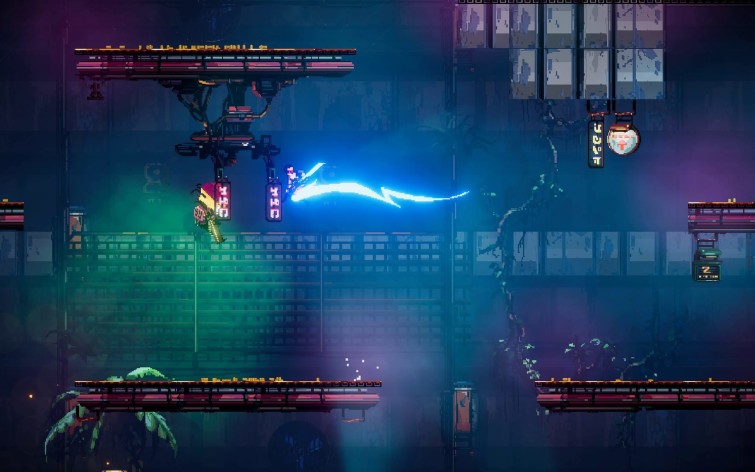 Black Future ’88 is a Synth-Punk roguelike 2D action Shooter. Vertically climb an always evolving procedural tower to reach the top and kill its insane owner… before your heart explodes.

The world is reeling from a nuclear cataclysm, created by Duncan, the tower architect. The First of his bombs fell in the summer of 1988, and by December they had blacked-out the sun with endless rain. We decided to stop keeping time after this, and it’s been 1988 ever since. Everything that lived through the initial attack will die in the extreme floods that followed. These are the times after, where there are no more months, or even weeks…everything is measured in minutes left to live.

Take on the mantle of one of the last remaining misfit survivors, and fight your way to the top of the tower to kill the architect and stop the endless nuclear rain. Ascend to die, and die to survive.