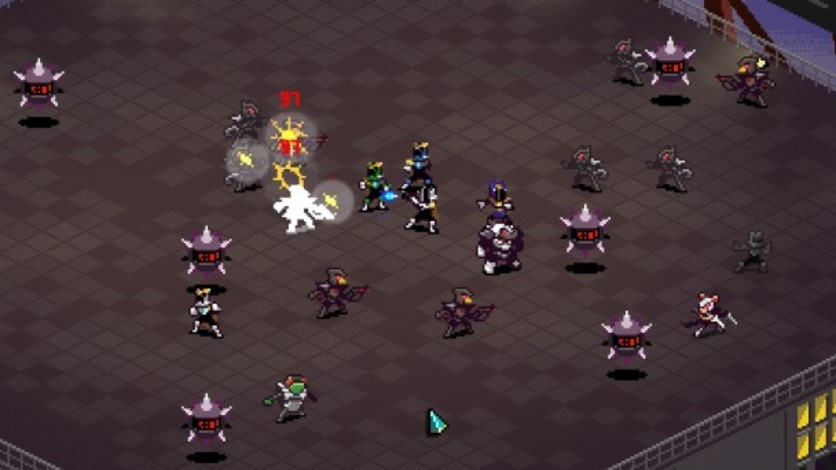 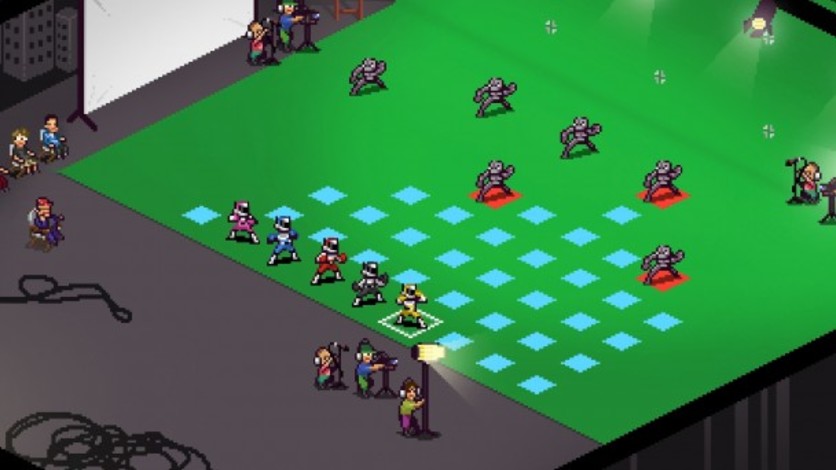 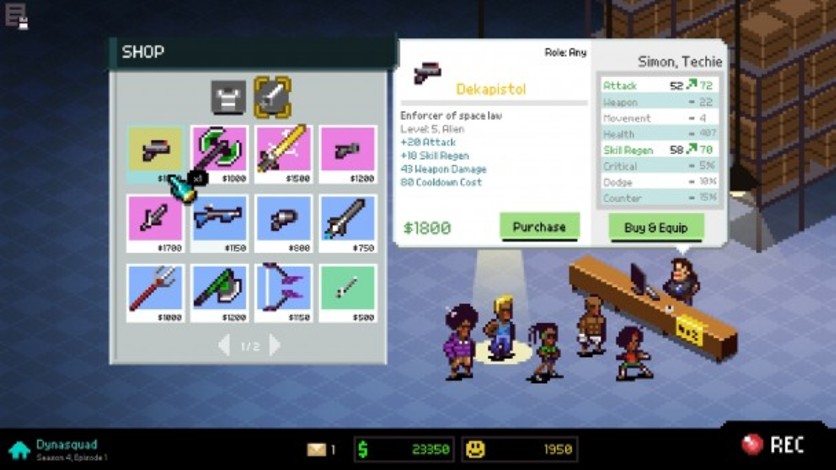 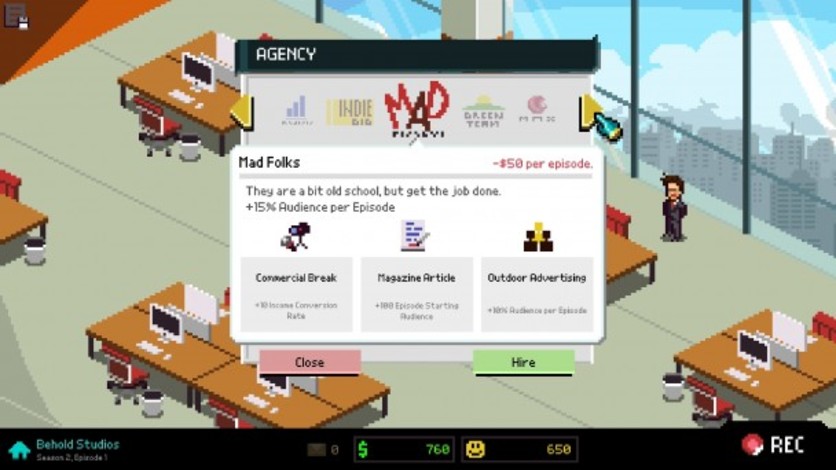 Chroma Squad is a tactical RPG about five stuntmen who decide to abandon their monotonous job and start their own TV show. Inspired by the classic super-setups that were present in many people's childhoods, it's easy to find a number of references to Power Rangers, Kamen Rider, Changeman and many others.

You should keep an eye on absolutely everything that goes on inside the studio, from hiring the actors to the battle scenes. Performing extra tasks, such as hitting or training, increases the program audience and gives you rewards, which is extremely important to continue renewing contracts for future seasons.

Once the cameras are rolling, you'll control your cast of five colorful warriors in a dramatic turn-based battle. The fate of the world, or perhaps just the studio, may be in your hands. Prepare your colorful collant and rehearse the choreography, be part of this super squad!