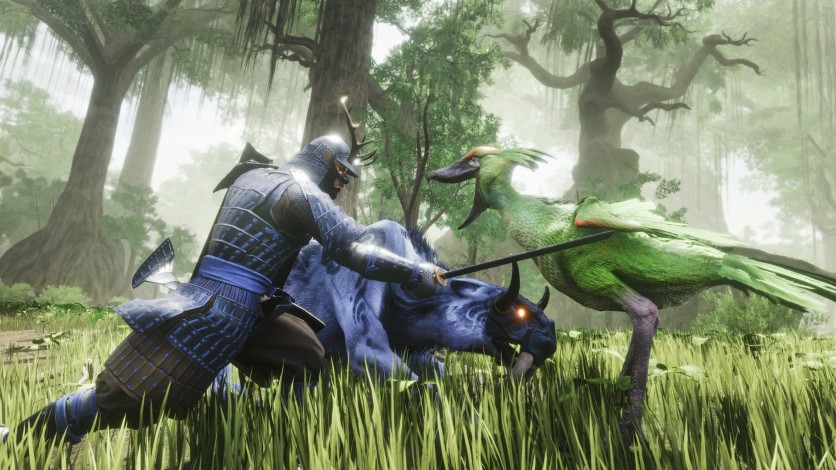 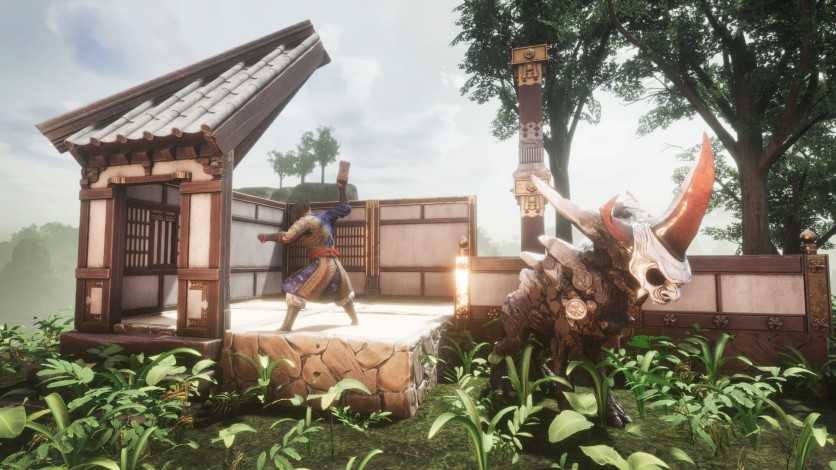 The Conan Exiles - Seekers of the Dawn Pack includes:

All the new content from Seekers of the Dawn Pack is exclusive to this DLC and adds a host of new visual options but does not give any in-game advantage in power. All the new items have comparable stats to existing items.

You can now get your hands on content from the mysterious eastern kingdom of Yamatai, where a powerful people dwell on an island at the edge of the world.

Wield the all new and mighty Katanas in battle – with their unique animations and quick dash attacks they add a new dimension to combat! Create your home using the unique Yamatai building pieces, created from white stone with beautiful wooden beams and gold ornamentation.

Craft three new armor sets, like the fearsome Yamatai Demon medium armor and twelve new weapons, including three Katanas! Decorate your body with five new warpaints and own five unique pets which can be tamed through the new pet system.