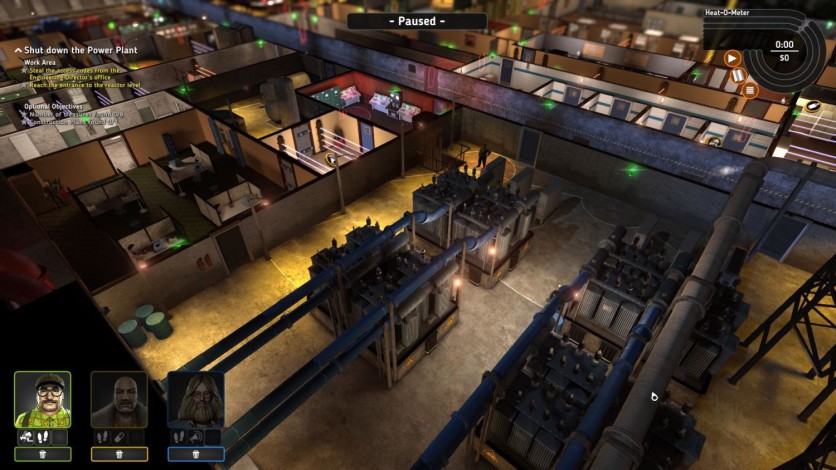 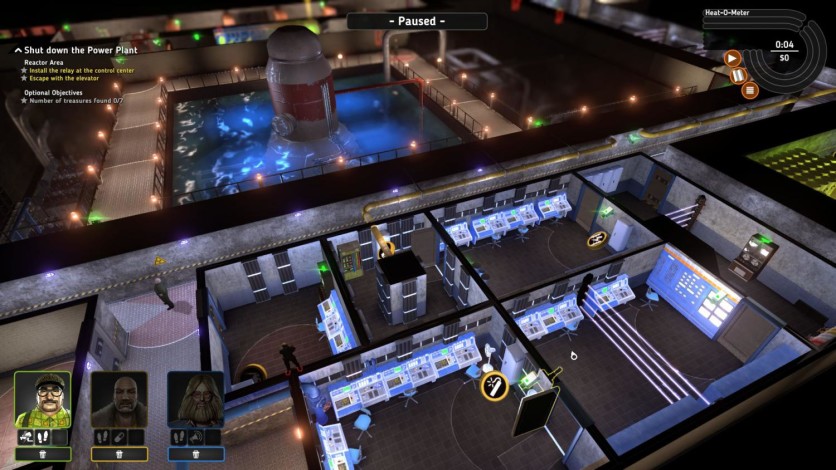 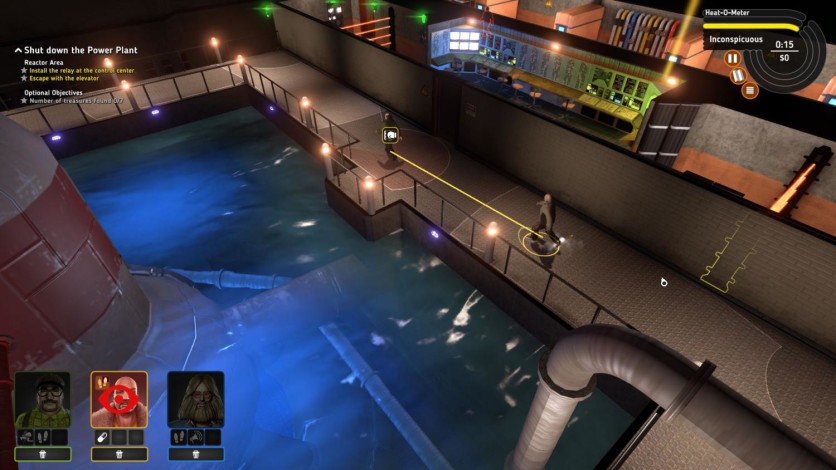 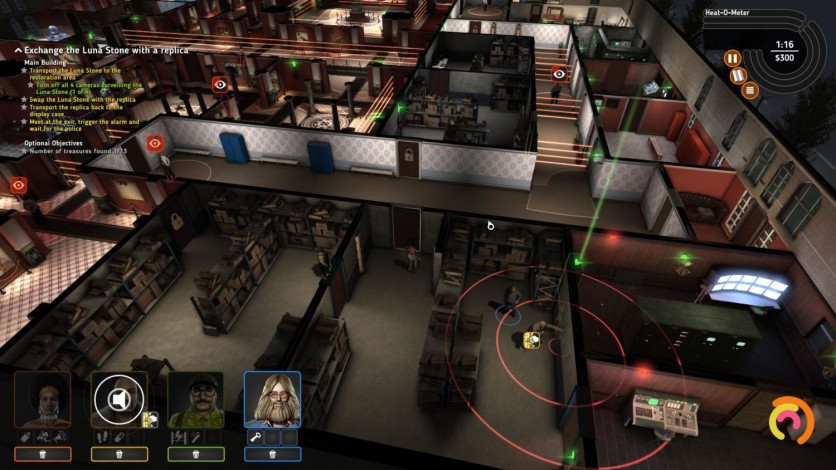 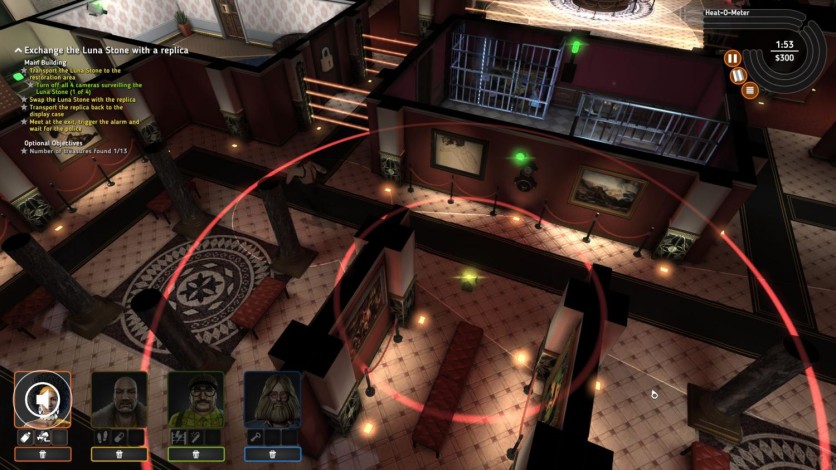 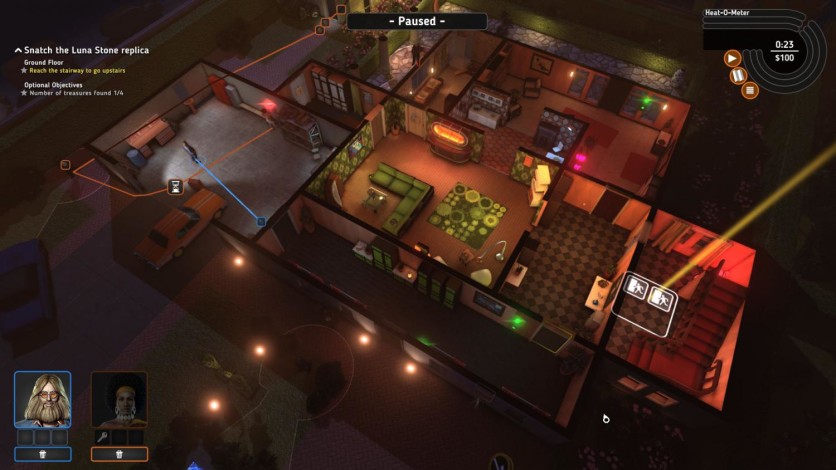 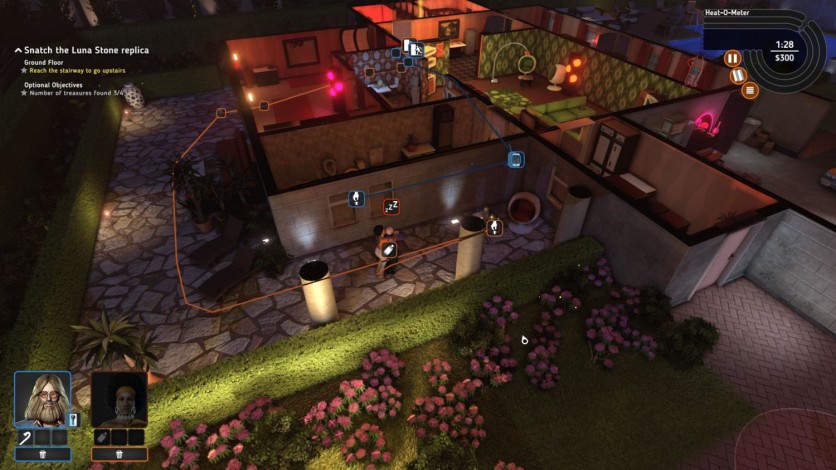 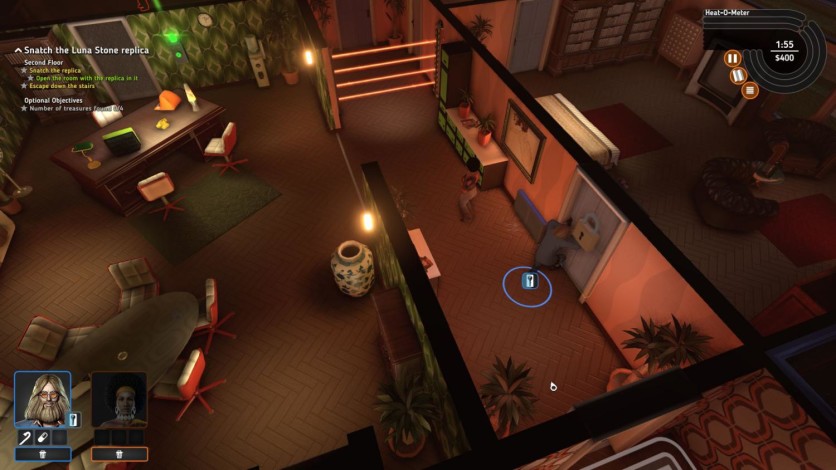 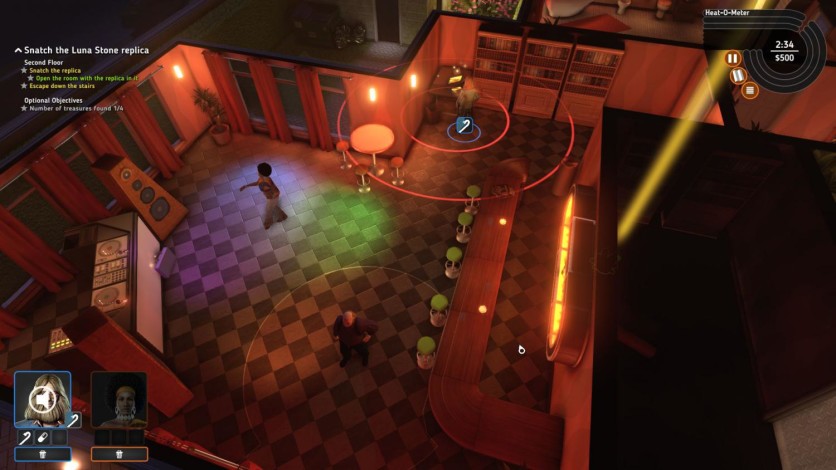 It’s the 1970’s: the era of Funk, flared jeans and disco-fueled Saturday nights. A crack team of expert thieves turn Grand Larceny into an art-form by using their many talents to break into the richest homes and steal the finest jewelry – all to finance their hedonistic lifestyles. That is until a lucrative museum heist in Venice involving a famous gem known as ‘Luna Stone’ ends in betrayal and the team broken apart. Five years later the remaining gang members reunite with a plot for revenge against their traitorous former comrade – but naturally, their plan will also make them rich beyond their wildest dreams…

Crookz – The Big Heist is a tactical strategy game set in the funky 1970’s with a slick and groovy atmosphere. Show off the art of thieving by plotting stylish heists and robberies; utilizing espionage and quick-thinking to avoid detection. Implement a successful strategy by assembling and kitting out your team before the job and planning the best way in.