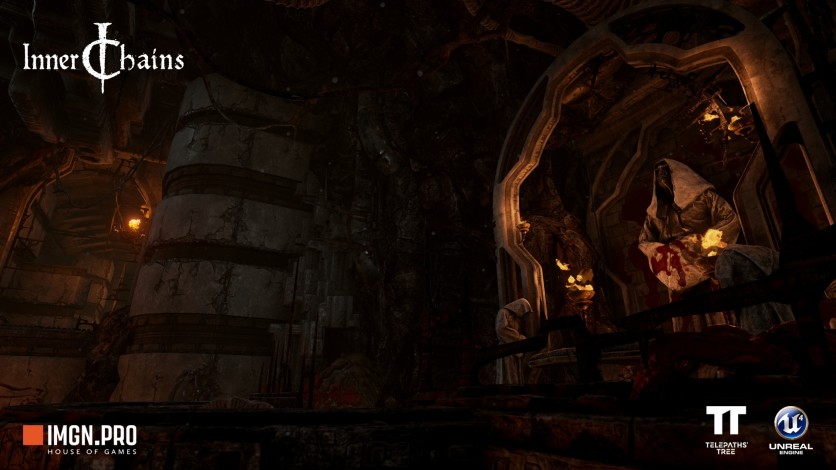 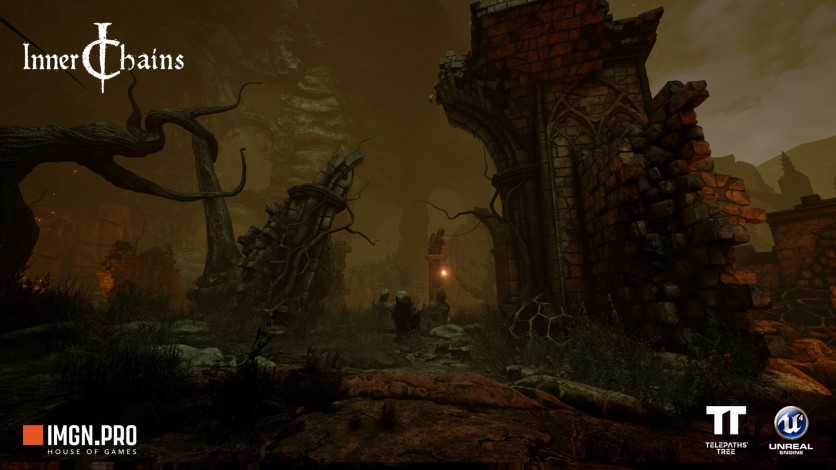 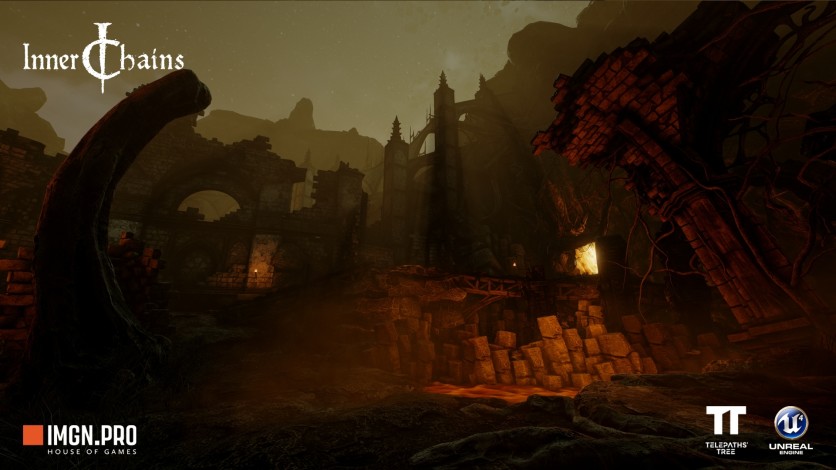 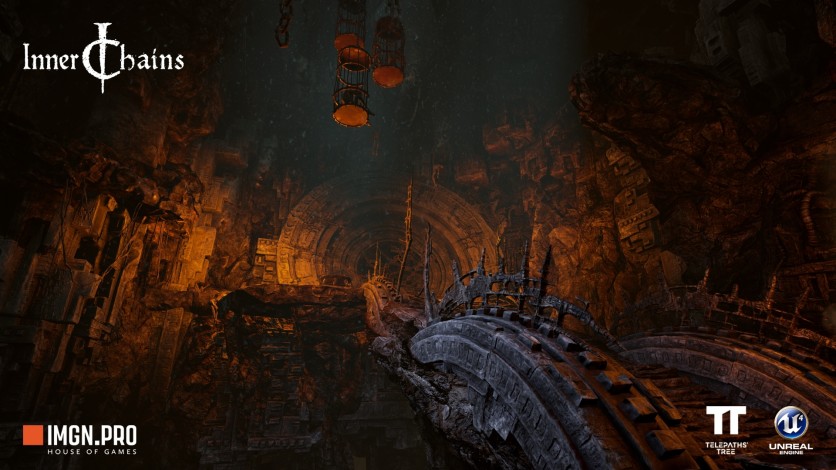 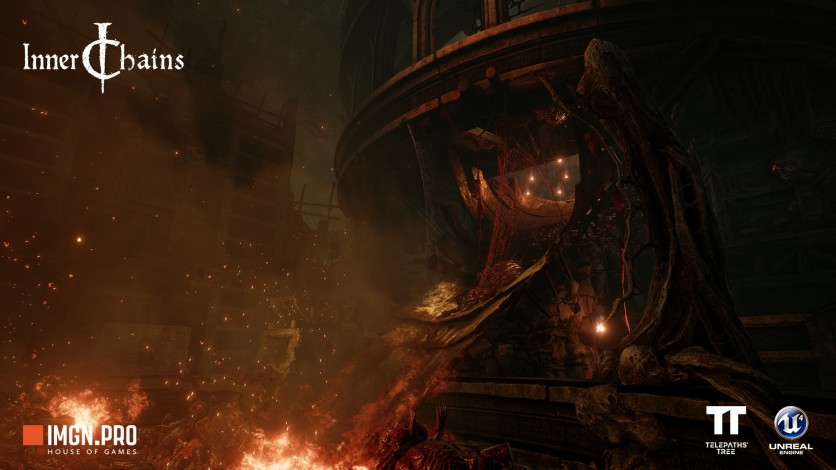 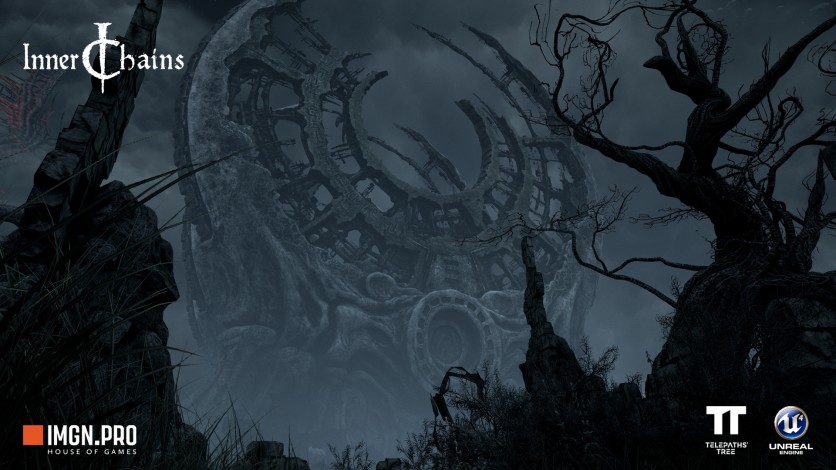 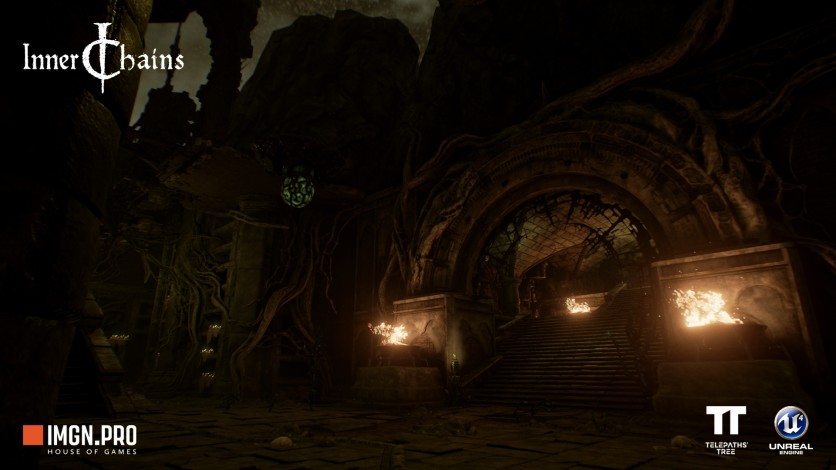 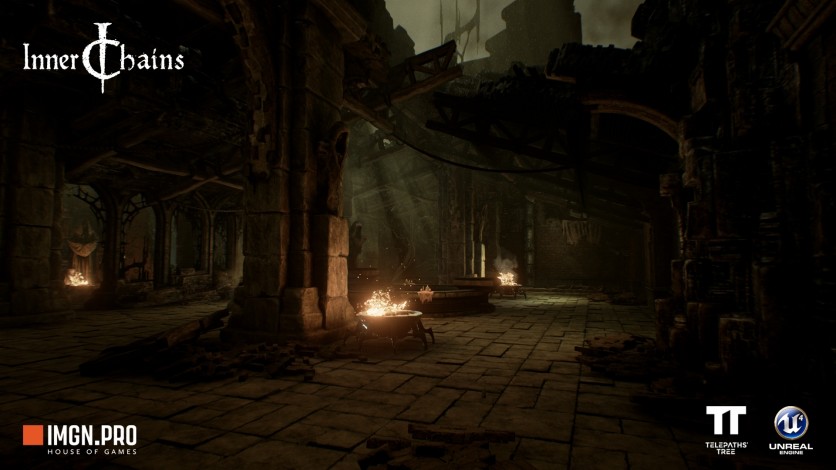 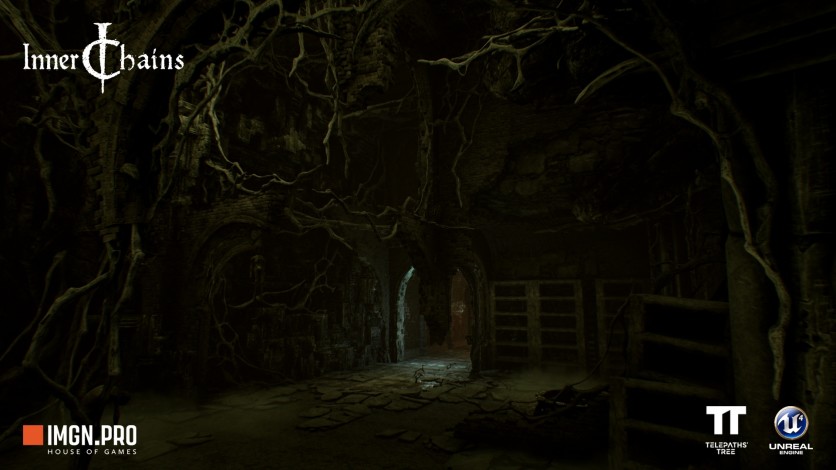 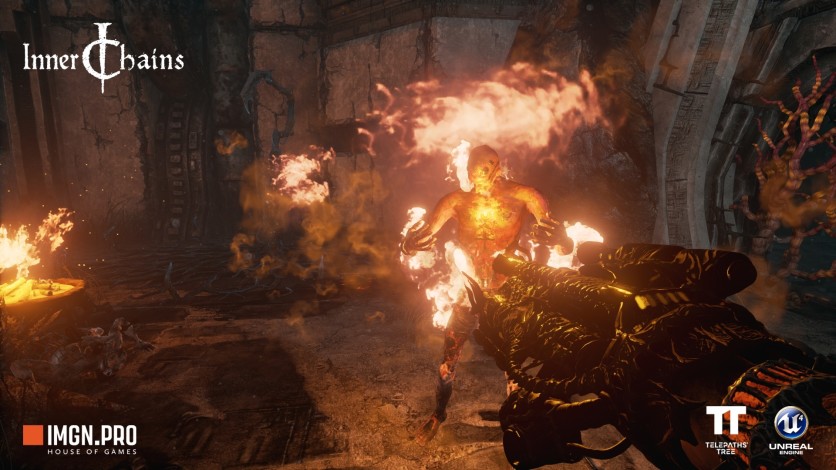 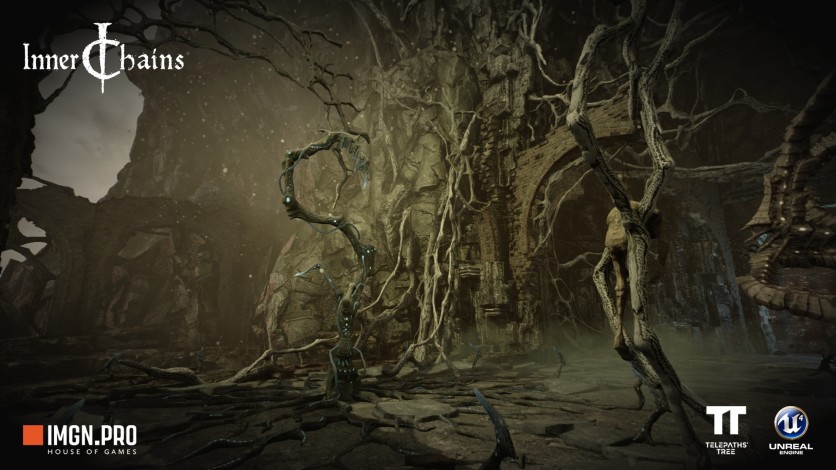 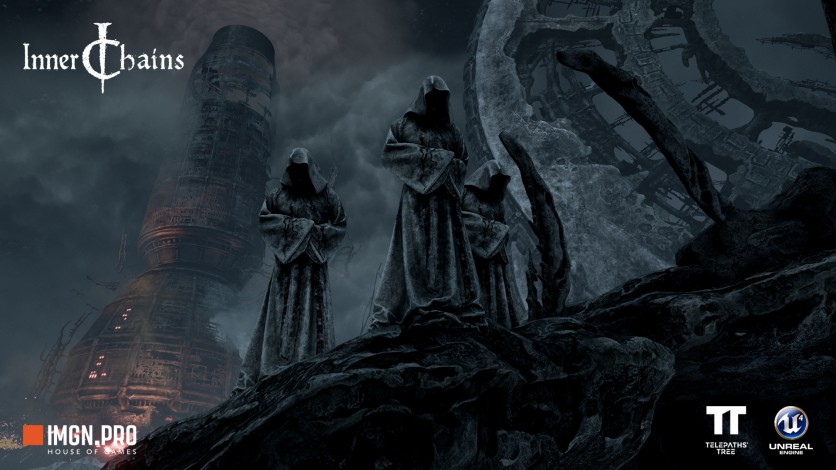 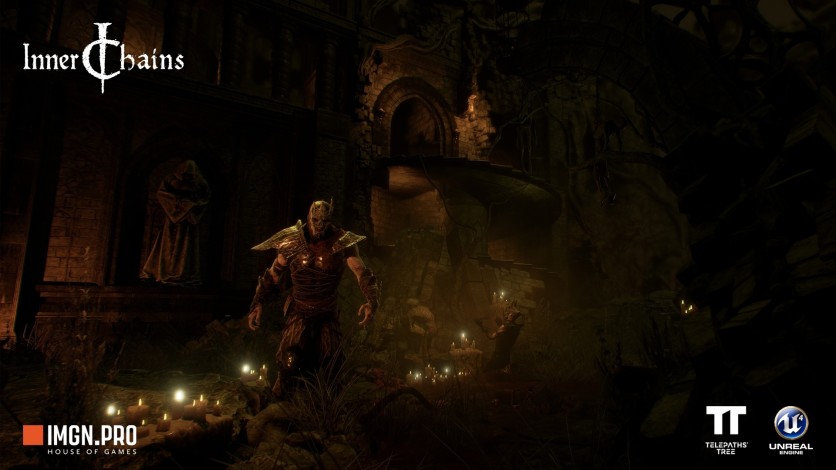 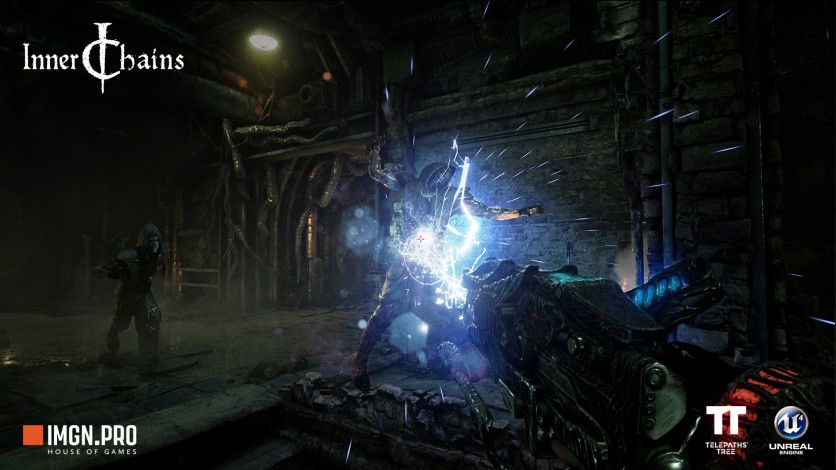 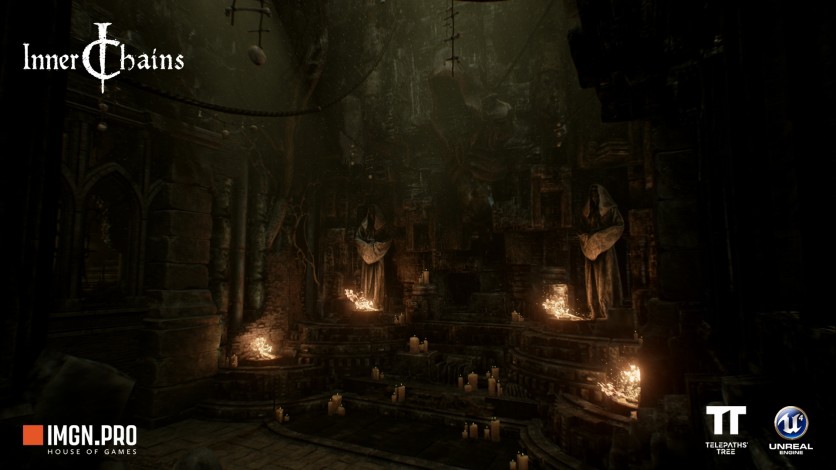 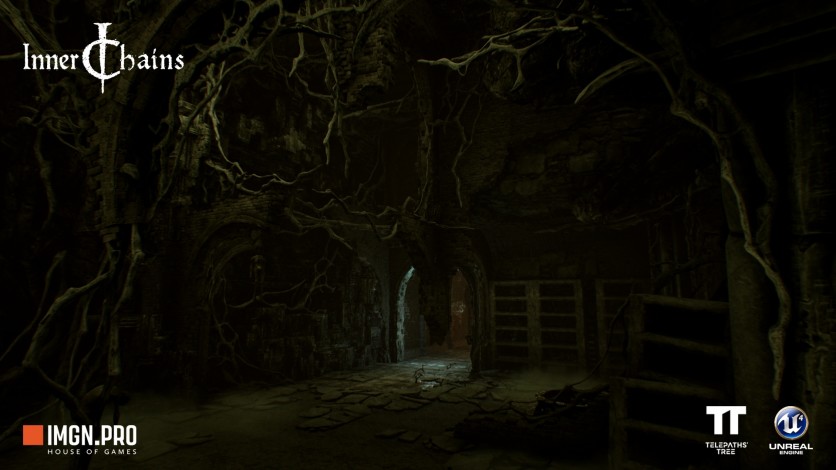 An FPS horror game set in a surreal, dark and deadly biomechanical world never seen before.

One does not get to set the rules in the world of Inner Chains. Humankind is just a small part of a hostile universe. Want to survive? Discover its secrets.

A planet in the distant future. A rock floating in space that is no longer what it had once been. Without human interference, nature has been adapting to the new conditions, reclaiming what was once taken away. In its pursuit of perfection, it began to assimilate with the abandoned technology giving life to biomechanical beings.

Left to its own devices, man-made technology has also changed as it tried to adjust to the new environment. A strong symbiosis soon developed between technology and nature. It became difficult to determine what is alive and what is mechanical in the world of Inner Chains.

After several million years of biomechanical evolution, mankind once again became an important part of the ecosystem. However, it hasn’t regained an advanced stage of development. As a result, the human race, oblivious to its own history, cannot fully comprehend or control the powerful technology at its disposal. The people living in the world of Inner Chains take this situation for granted and focus on using the planet’s resources to their advantage. There is also something that has not changed through the millennia: humans are still subject to basic social issues such as faith, dominance, oppression and manipulation. This led to the emergence of multiple castes, and, in consequence, to the supremacy of one particular group. They had discovered these mechanisms first, learned how to use them well that helped them rise to power. Others had to submit.

As one of the inhabitants of this world, your head is filled with the teachings of the Ruling Caste. Your only goal is to get to a mythical place called the Last Hope and leave this degenerated, dying planet once and for all. You embark on your journey full of fanatical zeal, but soon it becomes clear that nothing is what it seems in this strange world. You have to fight for survival, face hostile fauna and flora, and overcome your own weaknesses. You need to stay observant to your surroundings and explore the secrets of the game’s world. Your survival depends entirely on your watchfulness, logical judgment, quick reflexes, accuracy and the ability to use the environment to your advantage.

© 2016 IMGN.PRO / Telepaths Tree all rights reserved. All other copyrights and trademarks are the property of their respective owners.