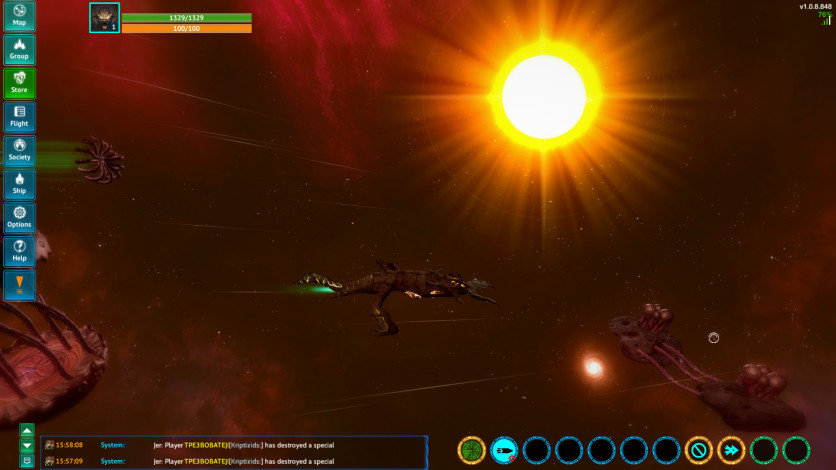 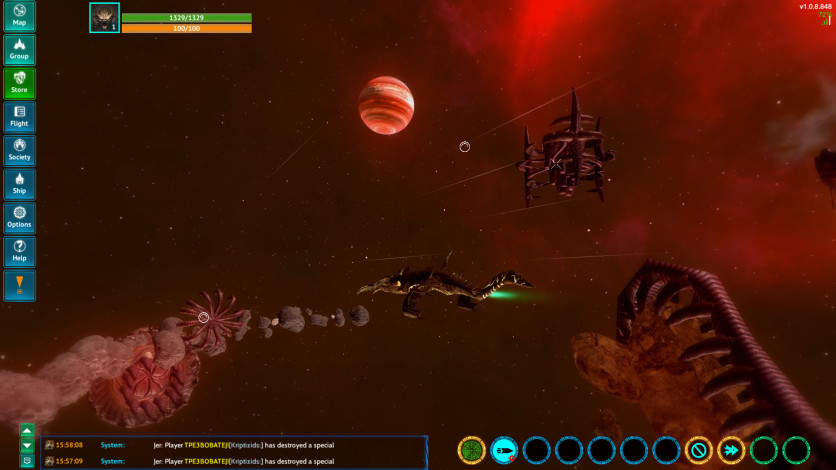 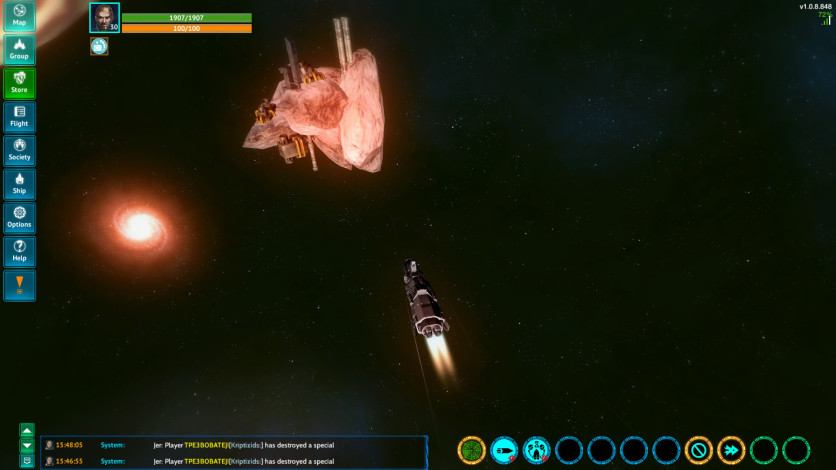 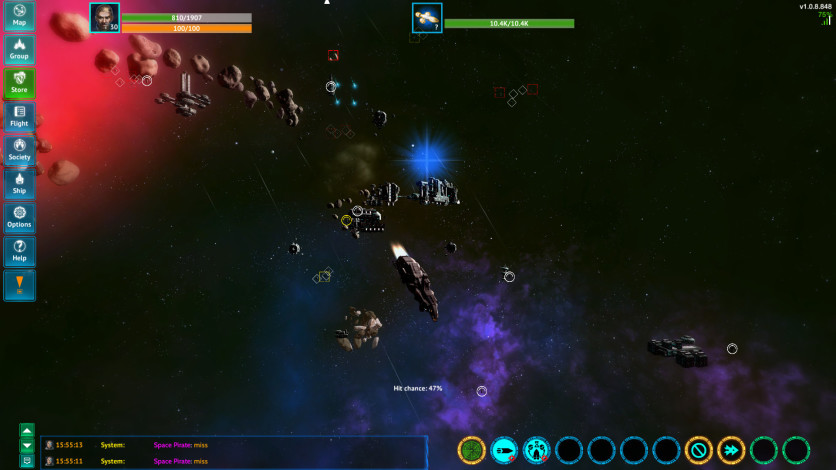 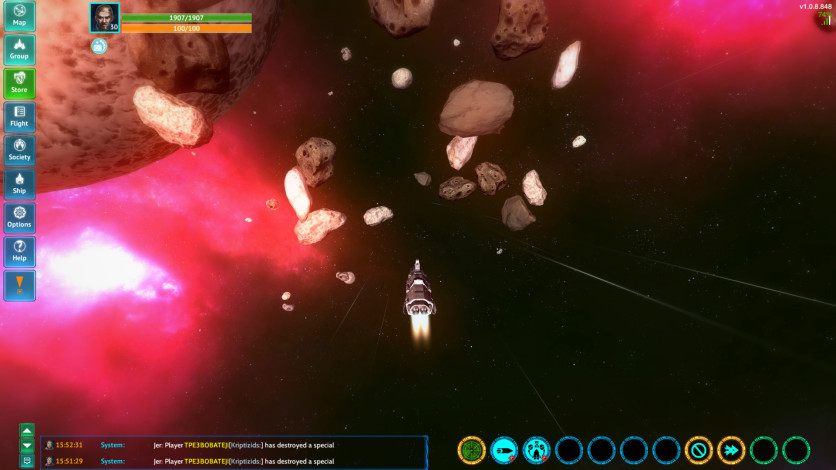 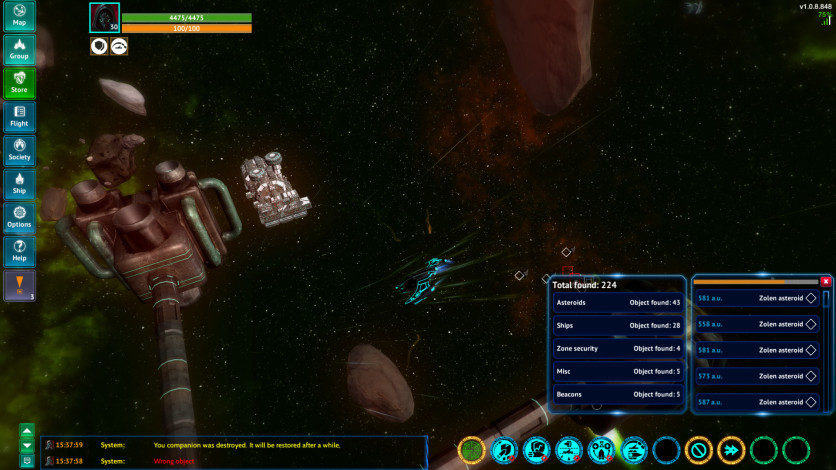 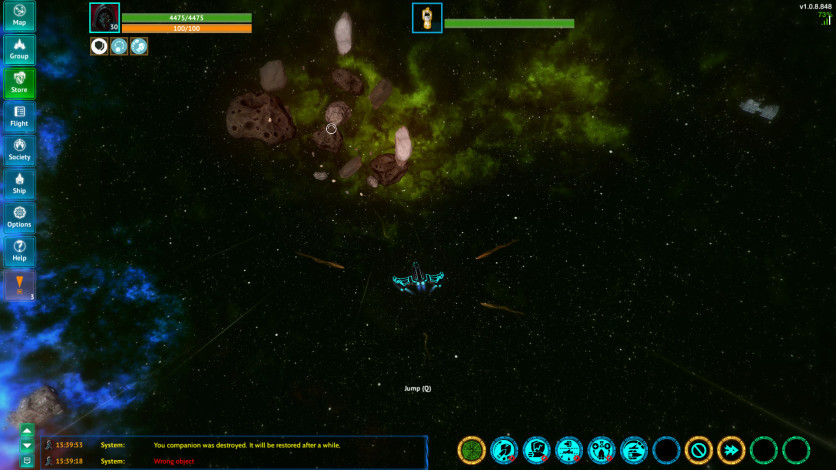 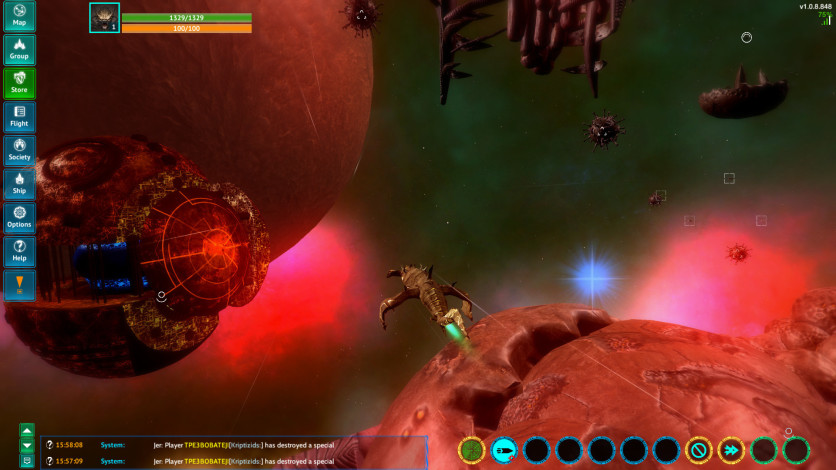 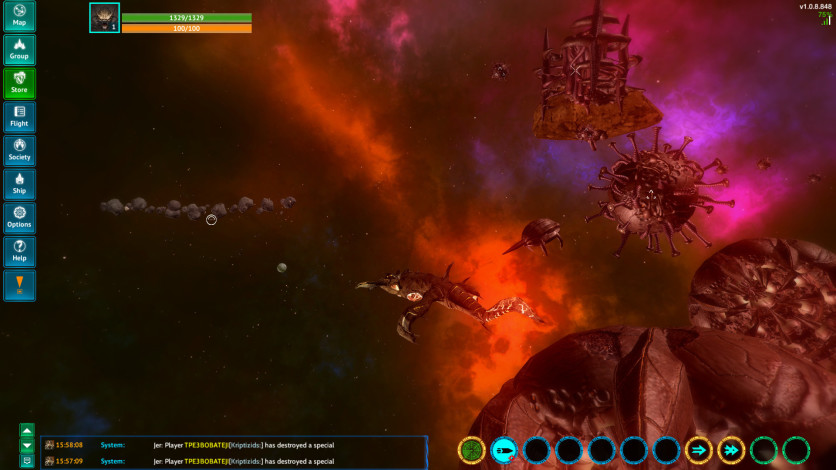 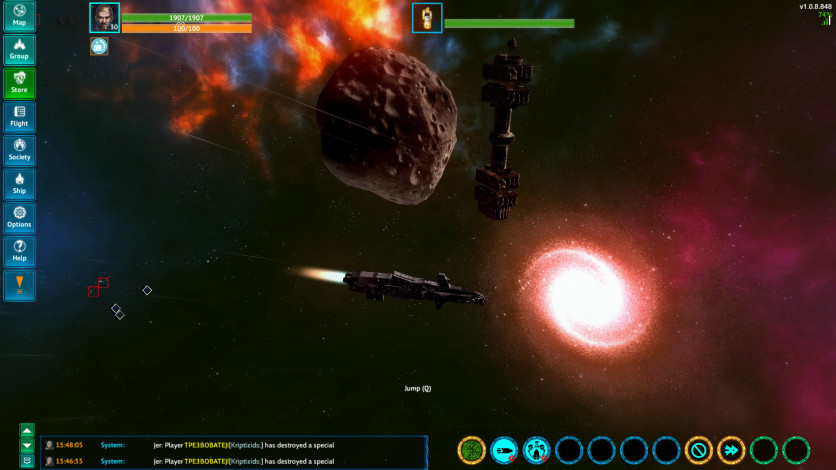 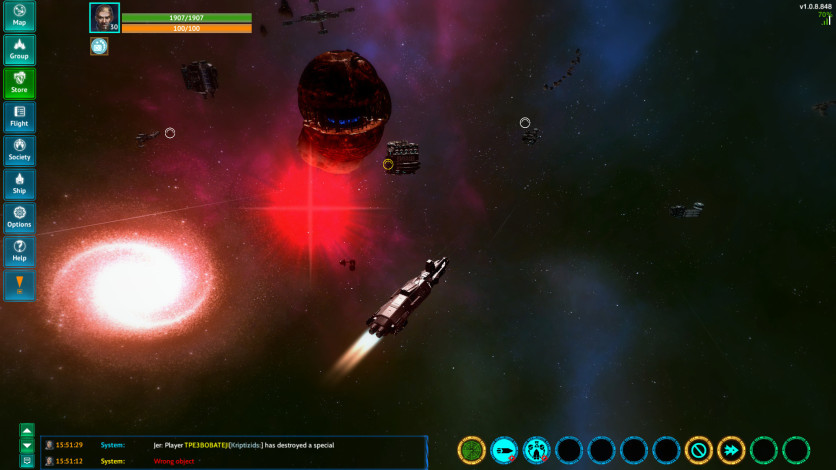 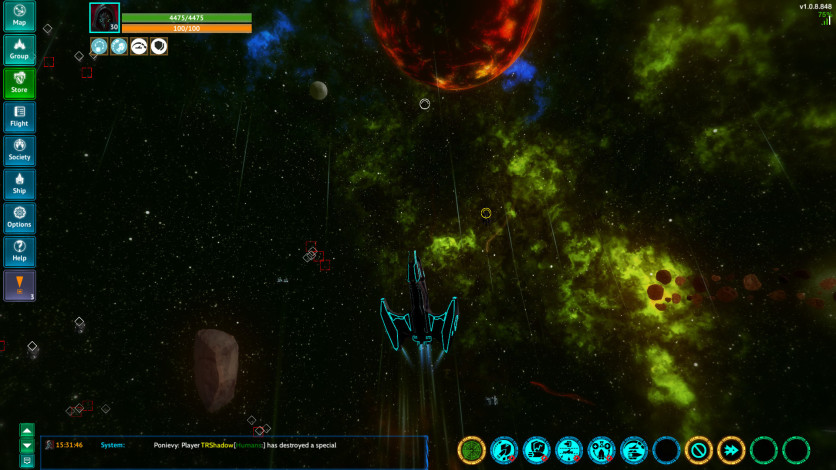 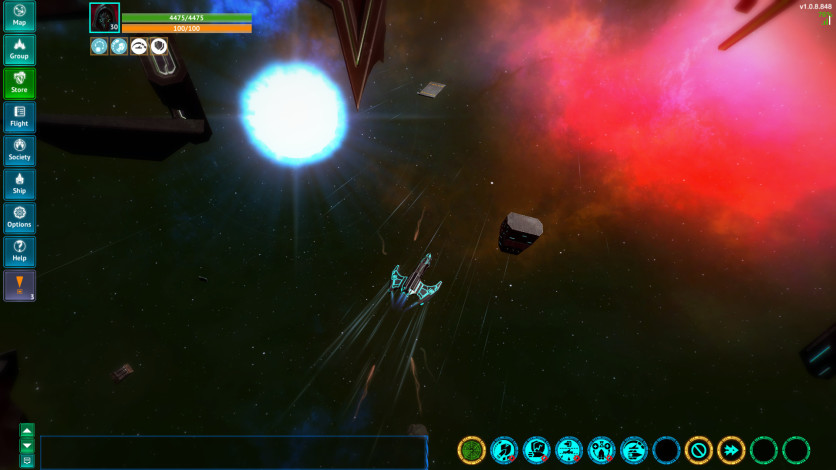 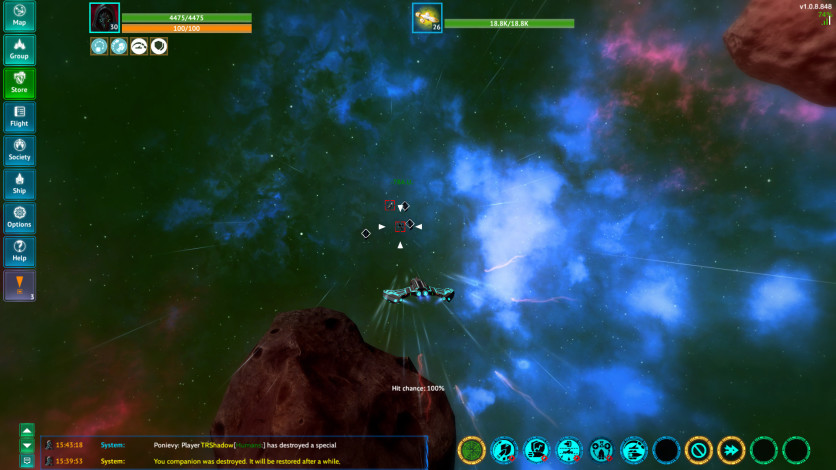 Nebula Online is a space Massive Multiplayer Online Game which can be cross-played between different platforms. This Sci-Fi game is set within a 3 race-populated galaxy where players face a global conflict for universe domination. Openly alter space and explore the universe to find resource fields, abandoned stations and habitable planets. Be aware of the defiant enemies who will challenge your power and get armed to beat their vile armies.

Conclude alliances, collect troops of like-minded soldiers and lead them to an overwhelming victory over your rivals in your quest to conquer the whole universe!

3 races! The universe is populated by three different races in war since the beginning of time: Humans: They explore the stars in an effort to expand their own knowledge of the universe's laws. Each step they take in the depths of space brings dozens more human-colonized planets. Kriptizids: With obscure objectives in mind, the outstanding feature of this semi-material race is its secrecy: Kriptizids refuse to reveal any unnecessary information about themselves and their planets.  Borguzands: Destructive weapons, spaceships and living cities that cover entire planets are all the result of centuries of their genetic evolution. Although they have now reached a practical ideal, they are aggressive and are enshrined in their cult-like beliefs.

Real time PvP battles. You can earn PvP points by destroying enemy ships of other players and conquering star systems.
In PvP shops, which have the form of metal planets or other structures, you can buy modules and weapons. Expand the territorial domination of your race and make sure that your race is superior to others in terms of technological and social development.

Fight against other races and gain sovereignity over other communities!

All trademarks referenced herein are the properties of their respective owners.
©2016 Mizar Games, All rights reserved.