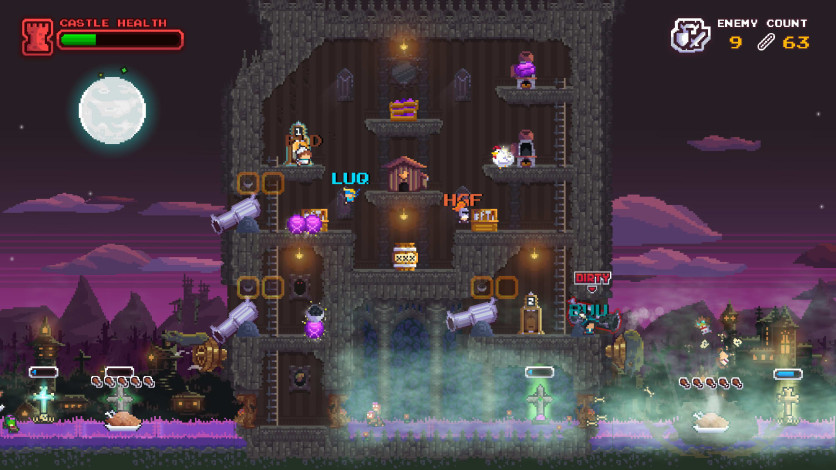 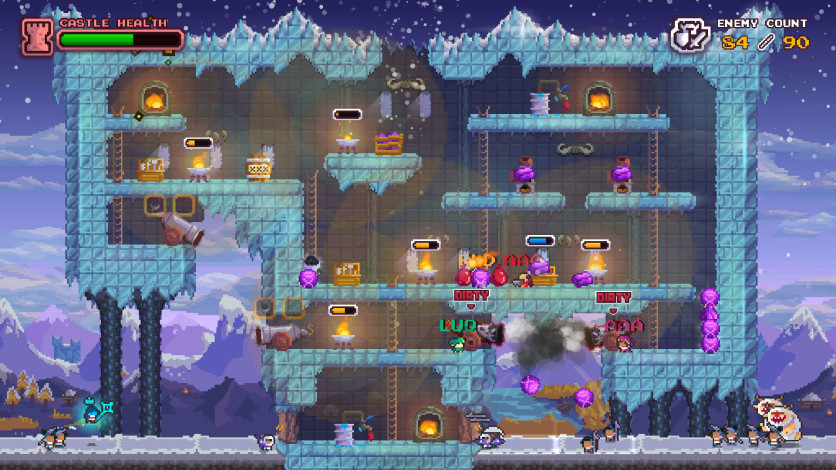 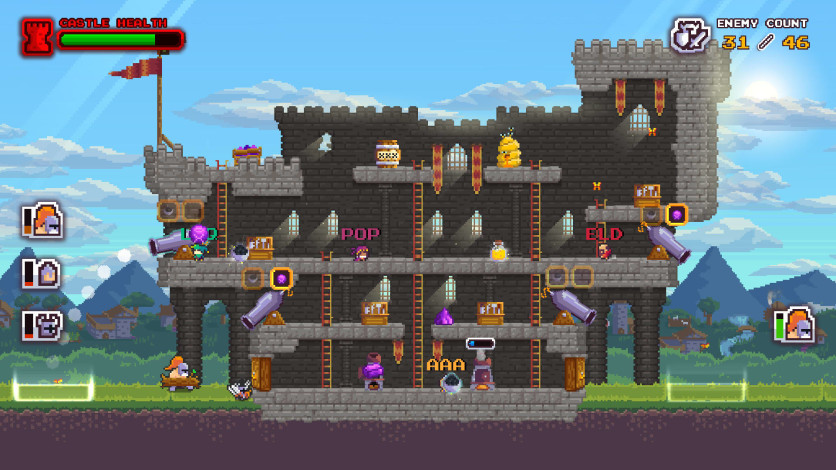 Rally your friends and hold your ground! When evil looms close and devastation is certain… Who will have what it takes to save the day? NO HEROES HERE is a hectic co-op game for one to four players. Coordination and cooperation are your key weapons to success - everyone must play a role in the battles to come and work together as a team in order to protect the castles and Kingdom from imminent doom.

Noobland was once the largest and mightiest Kingdom in the world - but it's days of glory were cut short by an onslaught of evil and mysterious forces, which brought forth misfortune and calamity.

Desperate, the King gathered all heroes in his realm to reclaim his lost lands. In every battle, he bore his three lucky charms: a medallion, a teddy bear and his crown. The King was triumphant - his was a peerless, undefeated army. However, the King's lucky charms were lost in the midst of battle and without them, he felt vulnerable and afraid. And rightly so - for after the loss of his items, came weakness, defeat and decimation. The King, unwilling to give up, chose to make a last stand and sent his final champion, the Last Hero of Noobland, in a mission to recover his lucky charms.

Forces beyond your understanding have struck with terror and chaos. The King's broken army and fallen heroes cannot protect you from harm. It is up to you to protect the realm from evil and restore Noobland to glory!