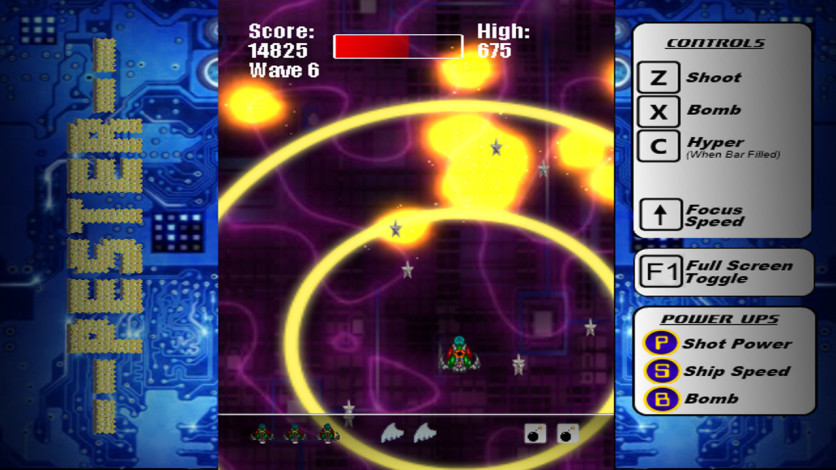 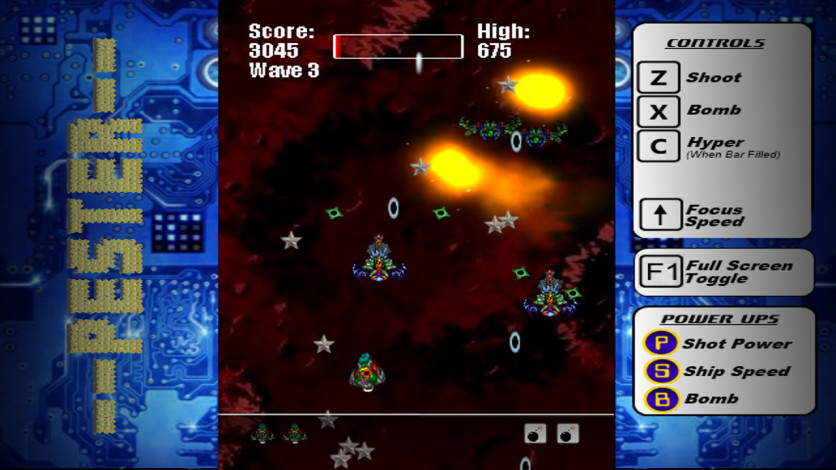 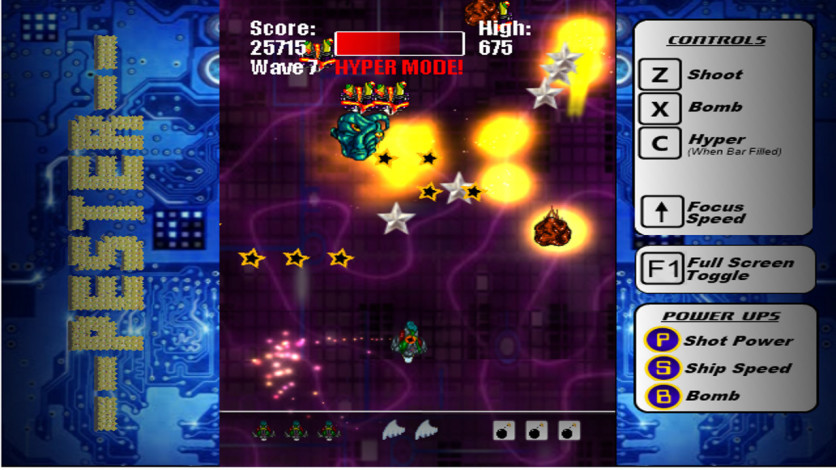 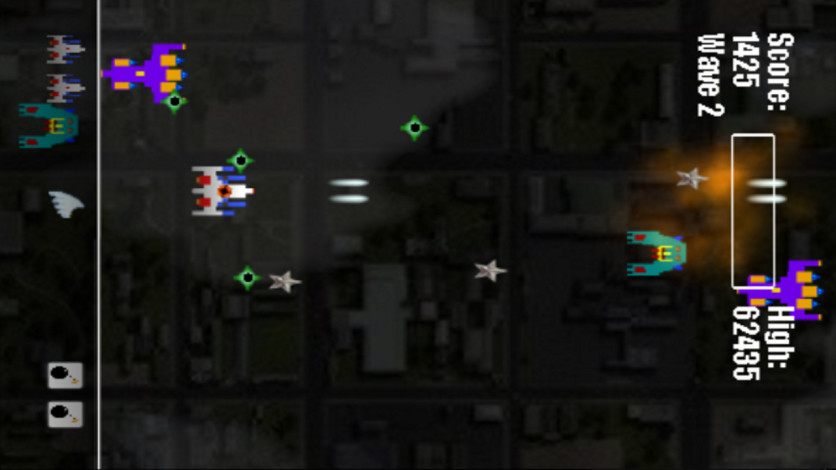 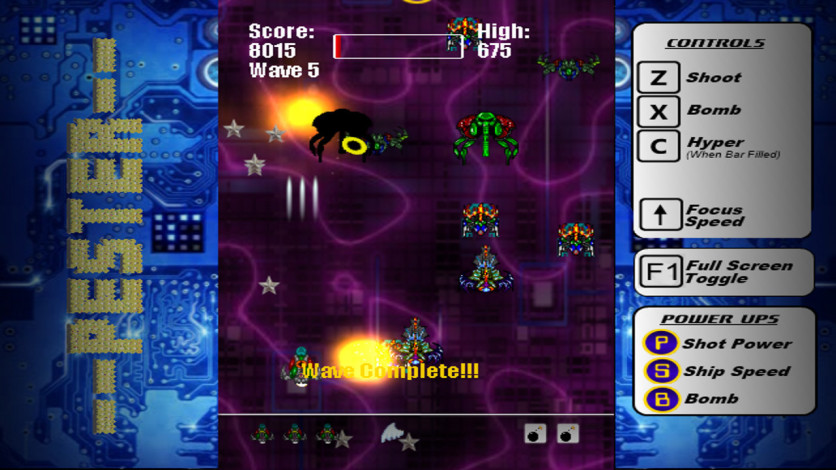 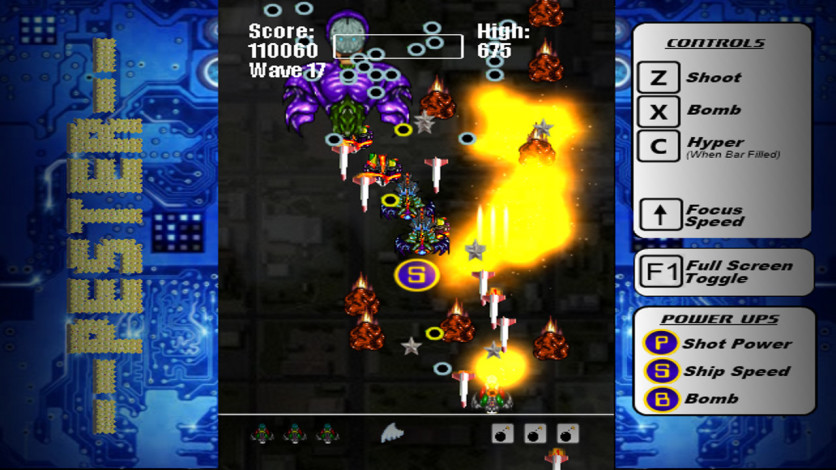 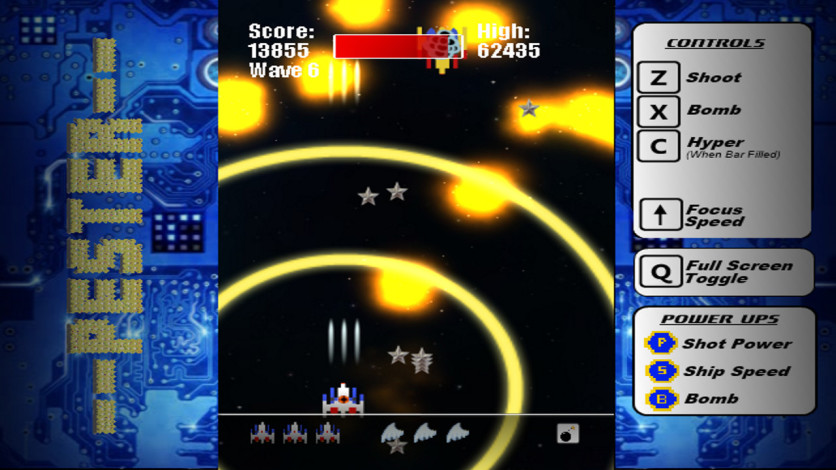 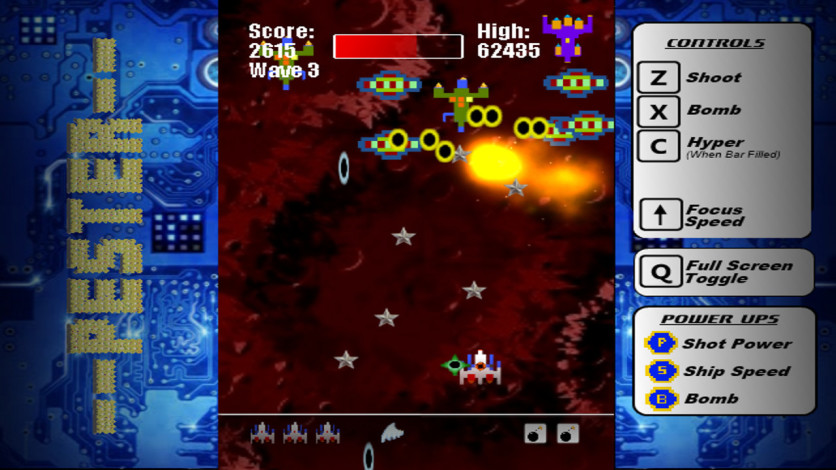 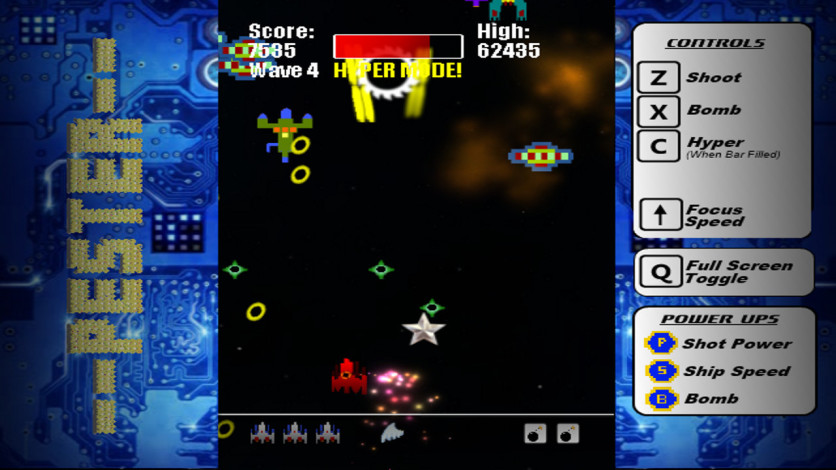 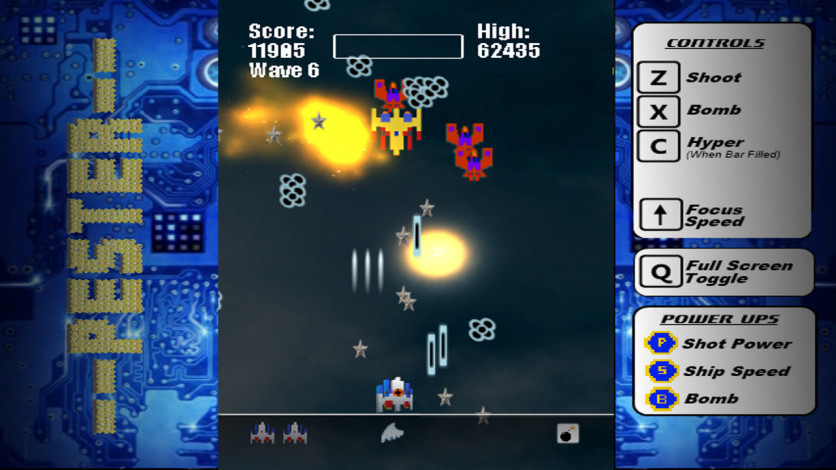 Pester was released on Xbox live indies back in early 2013 and was Flump Studios first game developed for public release.
A remake of one of my early C64 games, Pester is a very fast paced and busy vertical shooter.

Graphically remastered with new sprite work from Dylan Barry and a thumping soundtrack from Matt Macfarland.