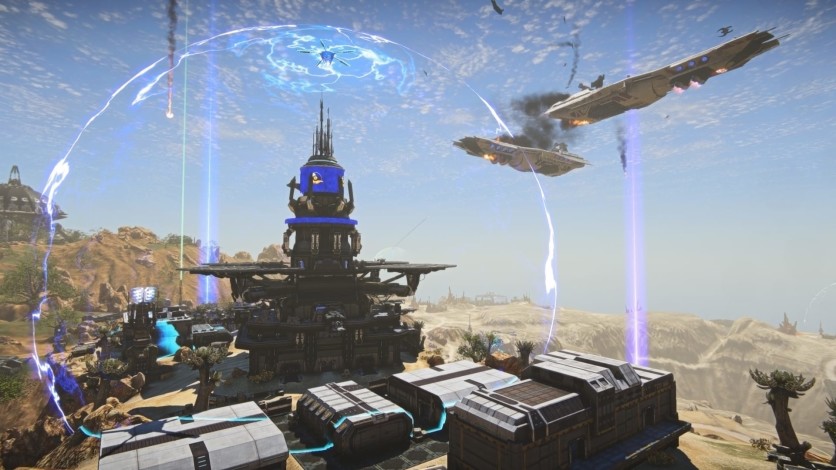 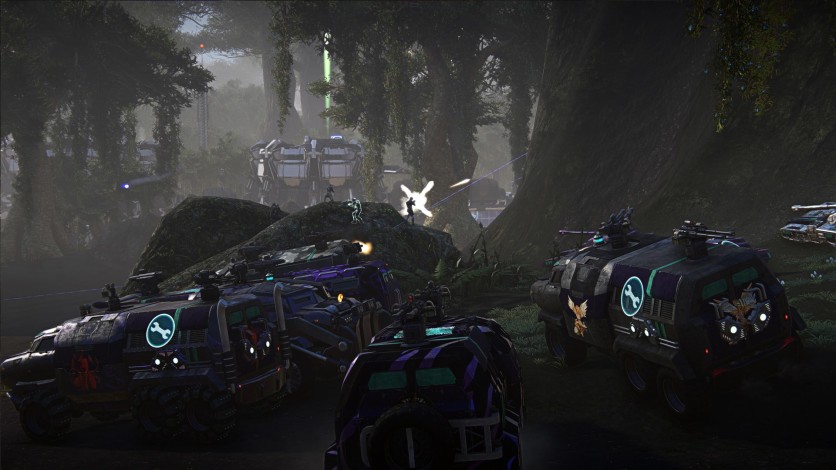 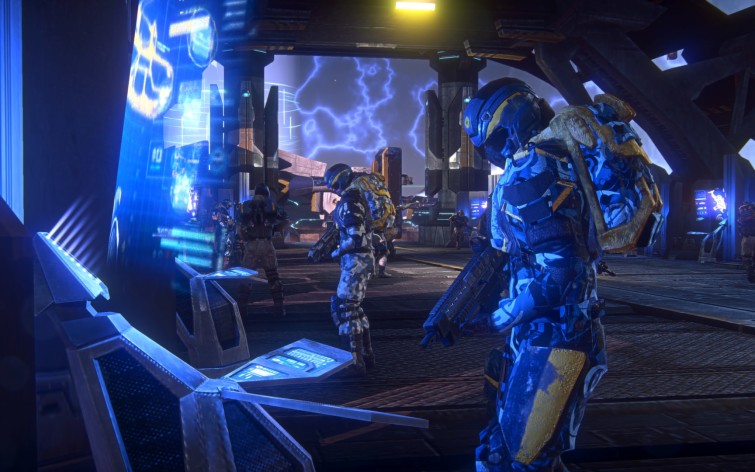 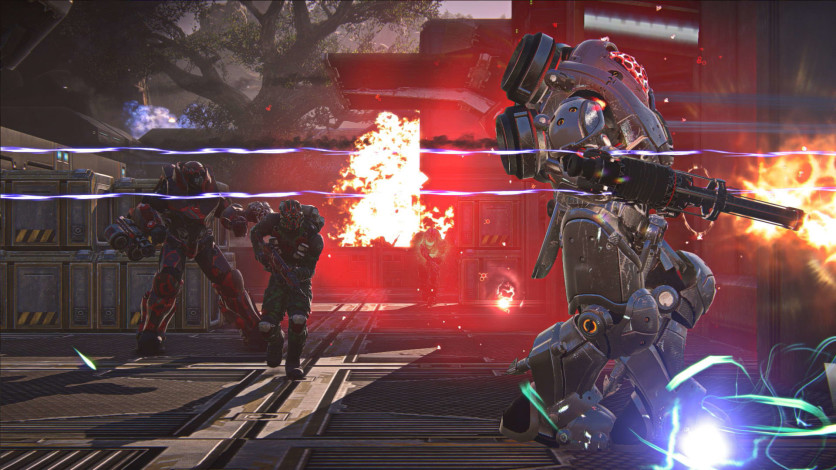 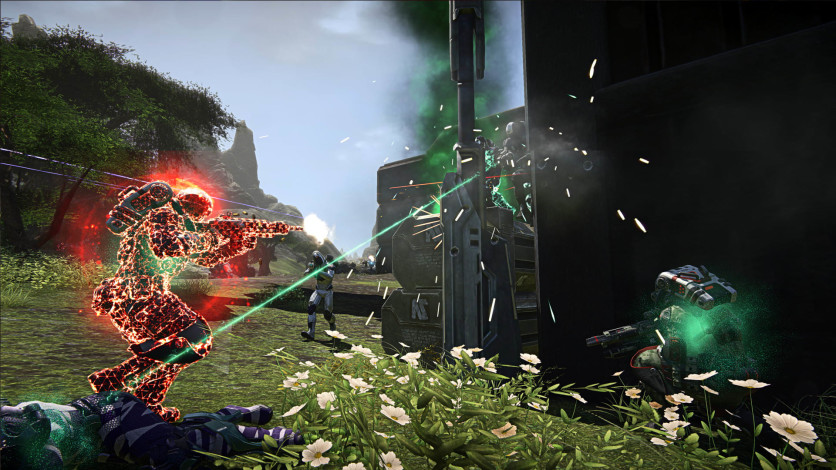 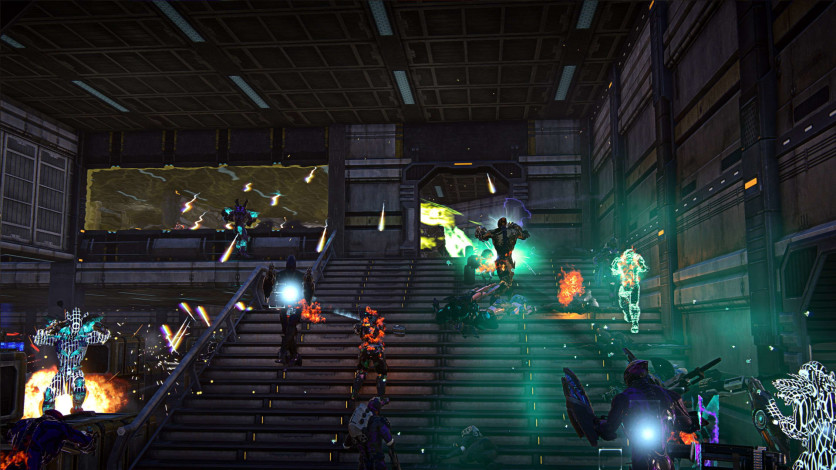 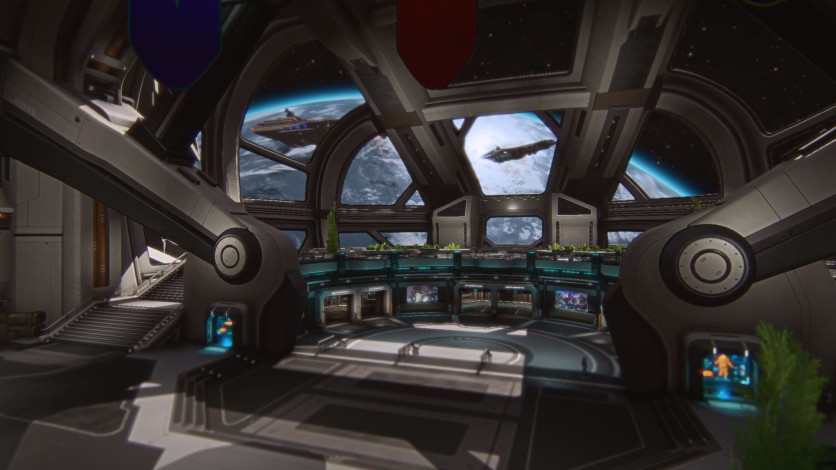 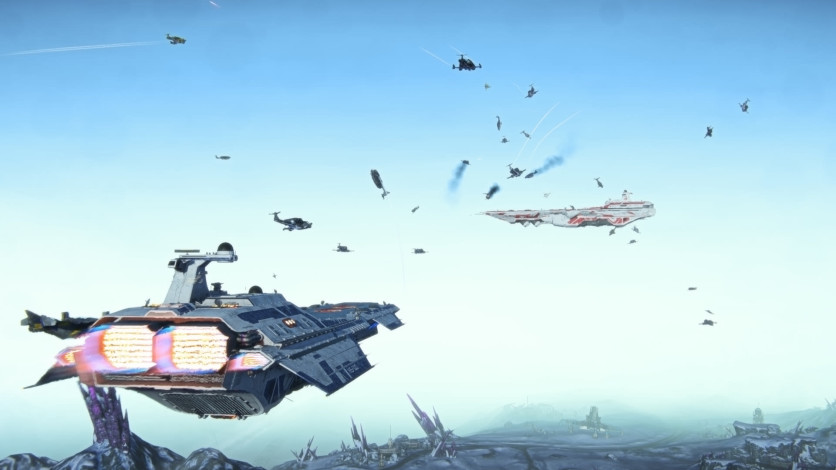 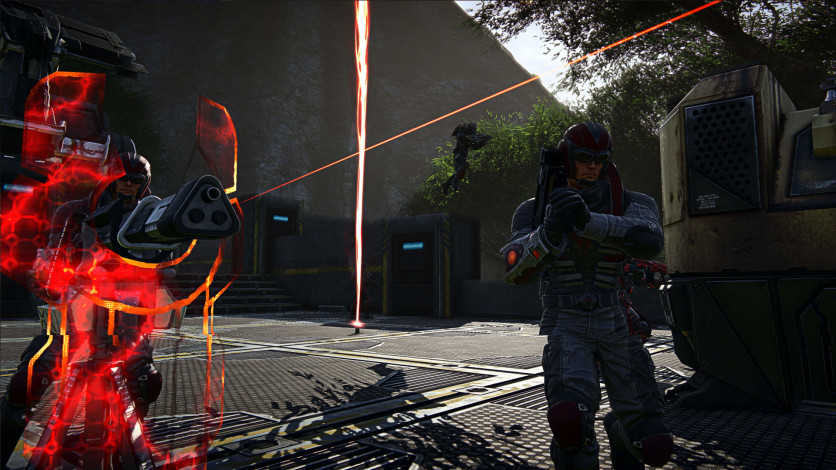 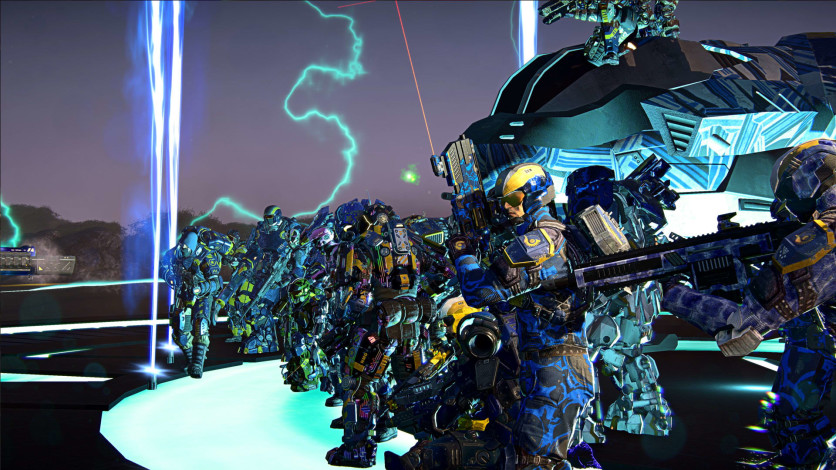 Empires and their soldiers battle in an all-out planetary war on a scale never before seen, in stunning, breathtaking detail. PlanetSide 2 battles persist and the war never ends, offering constant challenges of individual skill, team grit, and empire-wide coordination. Take up arms and drop into intense infantry, vehicle, and air combat.

Players come together in enormous battles across four massive continents to win control of critical territories, gaining key resources for their empire. With an extensive skill tree and class-based system, players can customize their soldier, weapons, and vehicles to match their playstyle and meet the needs of their squads, outfits, and empires. In the world of PlanetSide 2, every soldier makes a difference.

THREE WARRING EMPIRES
Players will choose to align with one of three empires: the militaristic, authoritarian Terran Republic; the rebellious, freedom-fighting New Conglomerate; or the technocratic, alien-influenced Vanu Sovereignty. Each empire has access to empire-specific weapons, attachments, vehicles, abilities, and more.

MASSIVE WARFARE
Battles take place not between dozens of soldiers, but between hundreds. They fight on foot. They pile into vehicles. They take to the skies in devastating aircraft. Each battleground holds valuable resources and strategic positions, and the empire that can conquer and hold these territories will be rewarded with the resources and the means to achieve victory.

ENORMOUS MAPS
PlanetSide 2 features four incredible and diverse continent maps with dozens of square kilometers of seamless gameplay space, every inch of which is hand-crafted and contestable. Whether in open fields, barren desert, in armed and armored bases, or in the skies, victory will rely on knowing your surroundings.

PERSISTENCE THAT PAYS
In PlanetSide 2 the war isn’t won by a single base capture. The core gameplay of PlanetSide 2 is about holding crucial territories and controlling resources. Working strategically as a team to secure tactical positions has long-lasting effects that can shift the tide of battle.

CLASS-BASED COMBAT
Players can build their soldier to match wants and their allies' needs. Six distinct classes provide a wealth of squad options and combat tactics. Grow your soldier over time as you master each combat role, weapon, and vehicle, laterally unlocking hundreds of weapons, attachments, gear, skills, vehicles, and more.

OUTFIT TEAMWORK
Join or form your own Outfit, a like-minded group of soldiers who train together day in and day out. Whether a small rapid response team or a massive clan, Outfits are vital to each empire's strategic organization.

VEHICLES & WEAPONS
Train and equip your solider how you want, with a huge array of weapons and vehicles which can be extensively customized by preference or purpose, using attachments, upgrades, and add-ons earned in the war.