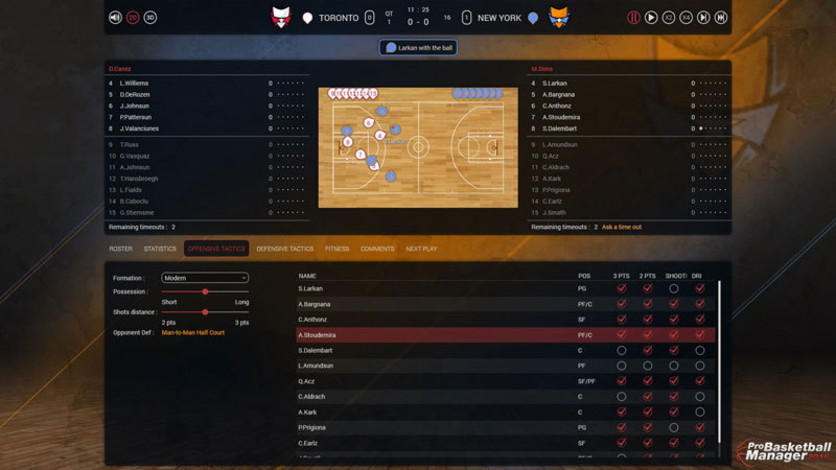 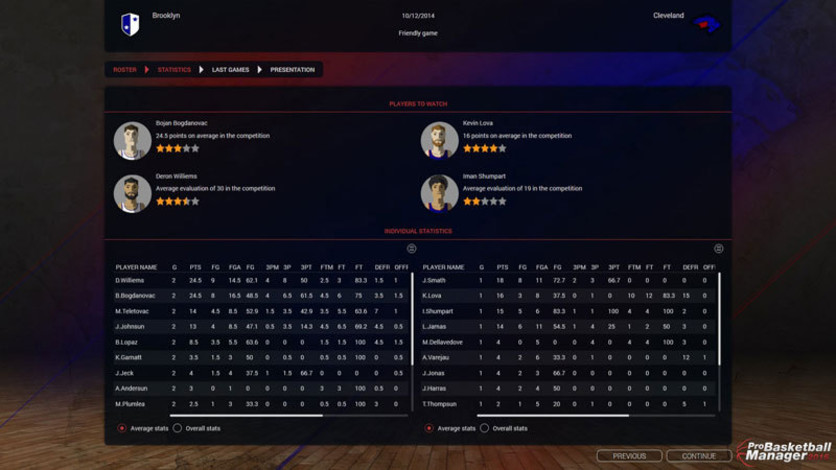 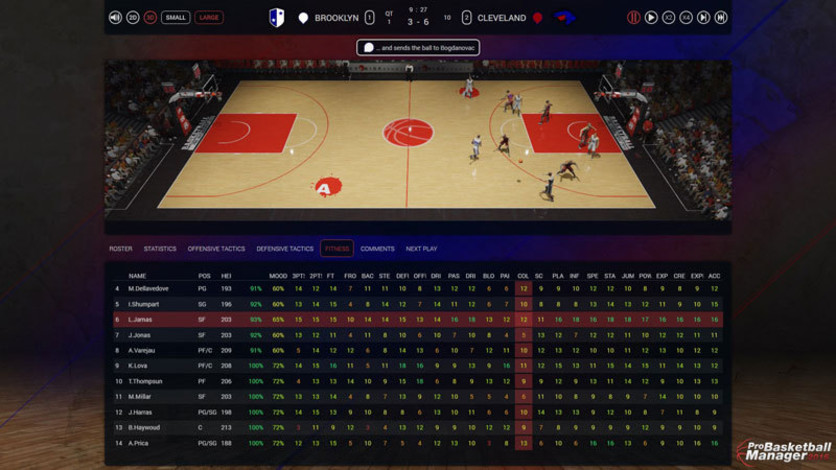 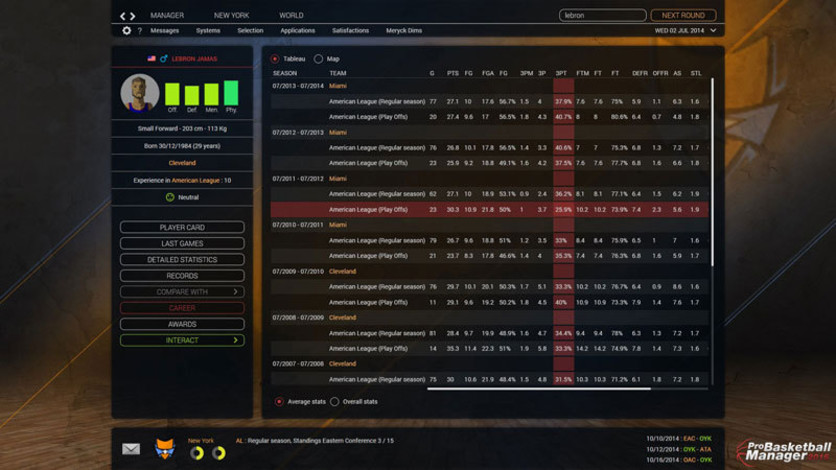 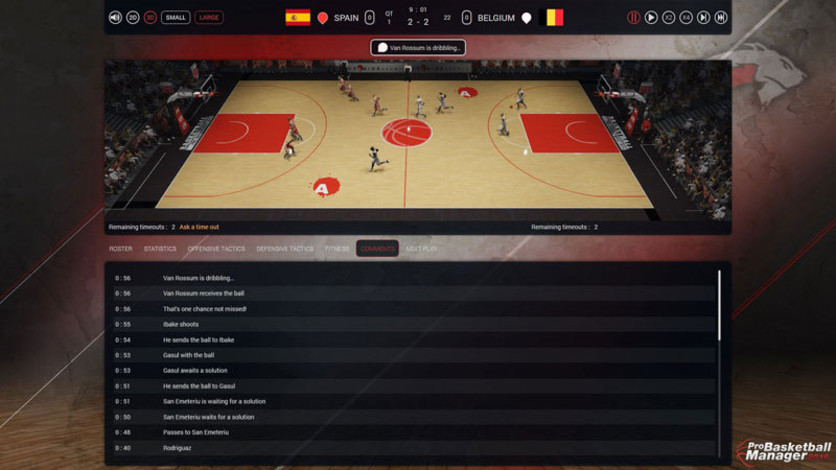 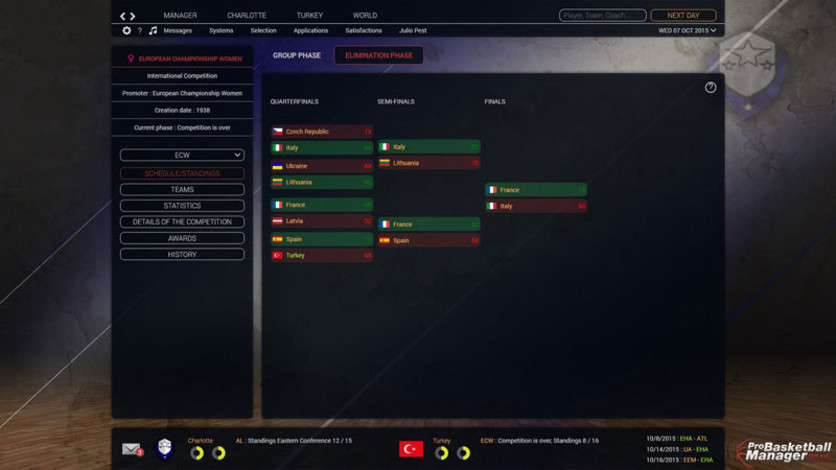 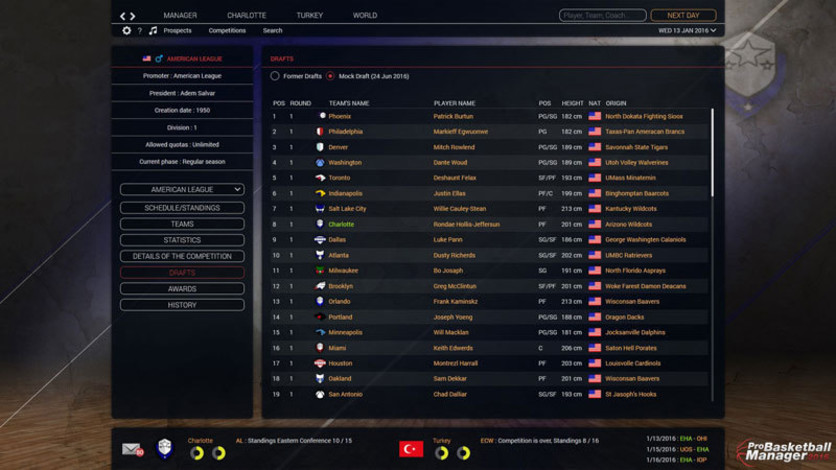 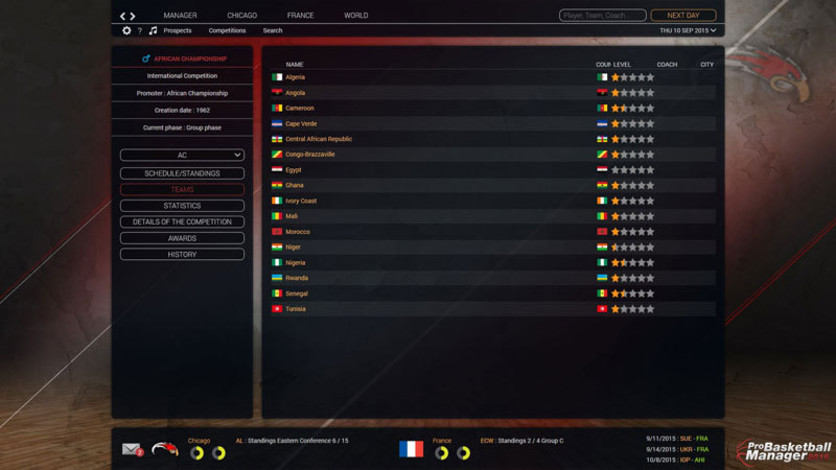 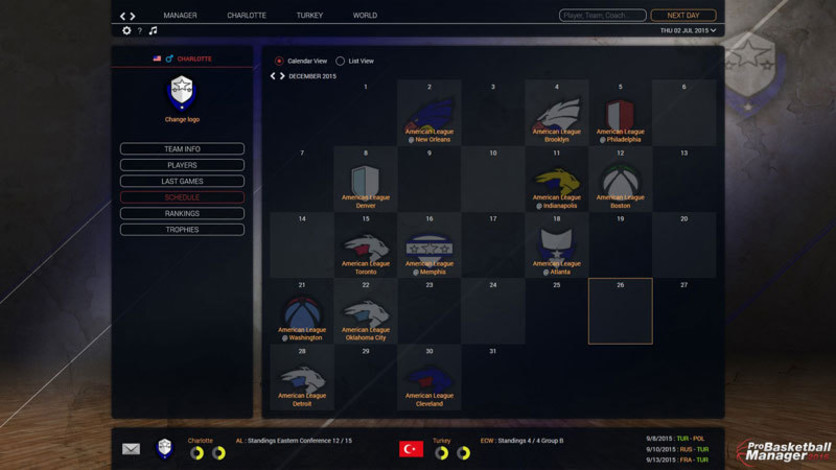 Pro Basketball Manager 2016 is a comprehensive and realistic basketball management game. Take control of your favorite club and lead it to the summit of the biggest leagues in the world. It is up to you to manage your club: from training to transfers, taking in such aspects as finances and team goals, and not forgetting your direct instructions during matches!

In Pro Basketball Manager 2016, you can choose to start your career at the head of a well known team such as Los Angeles or New York, but you can also choose to coach a college team or, indeed, a team from anywhere in the world. The choice is yours! In addition to training your own club you can wear two hats at the same time and train a national team!

Each league has its own rules and these have been faithfully reproduced in Pro Basketball Manager 2016. Your bosses fix your seasonal goals, which you can even set higher! The recruitment process applied to your team will differ completely according to the league in which you play. If you run a non-professional team, in which the players are not paid, you must convince players to join your side by showing real interest in them. Whereas in the North American league, you will have to handle all the complexity of contracts, exceptions to avoid paying the luxury tax, not to mention trades or the draft. Finally, in the other leagues you will have to manage the buying of players, loans or free agents, taking care not to exceed the payroll allocated to your team for the season.