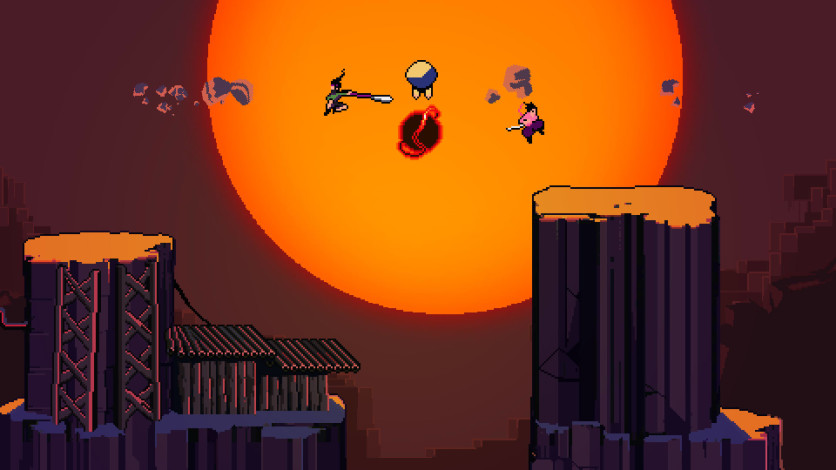 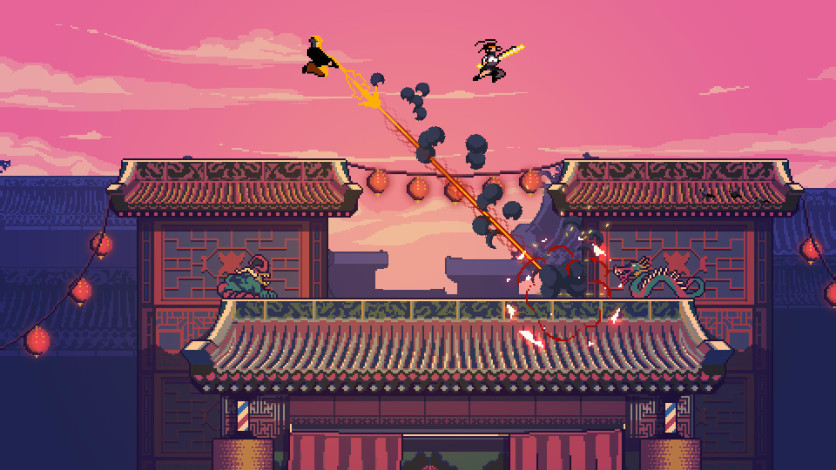 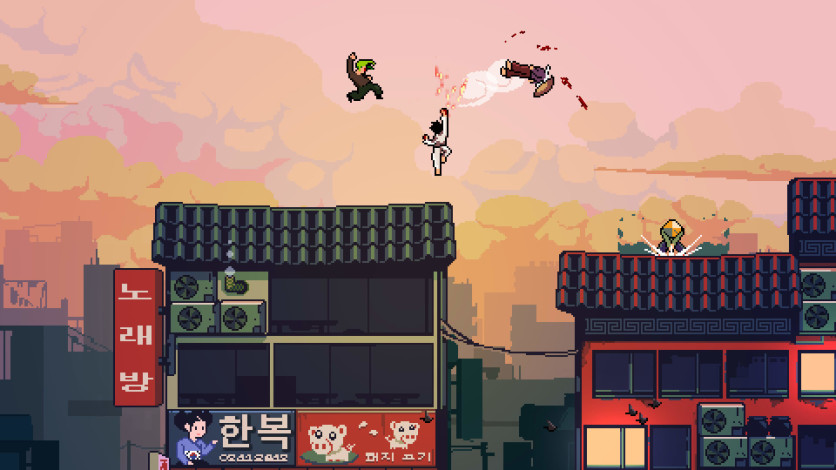 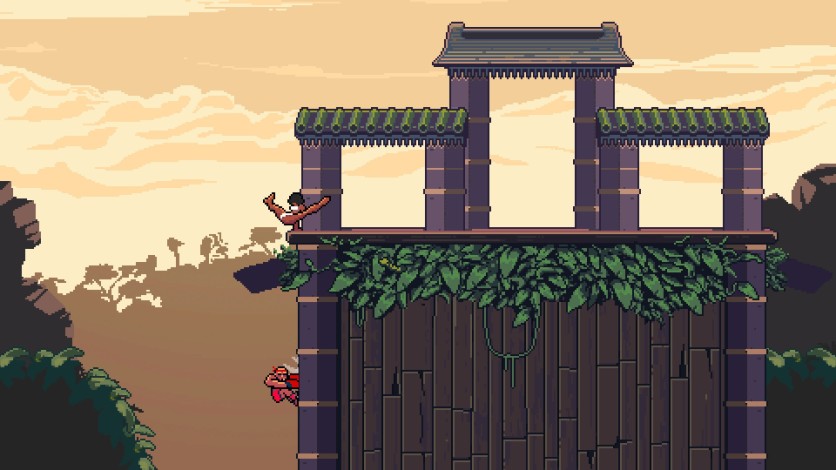 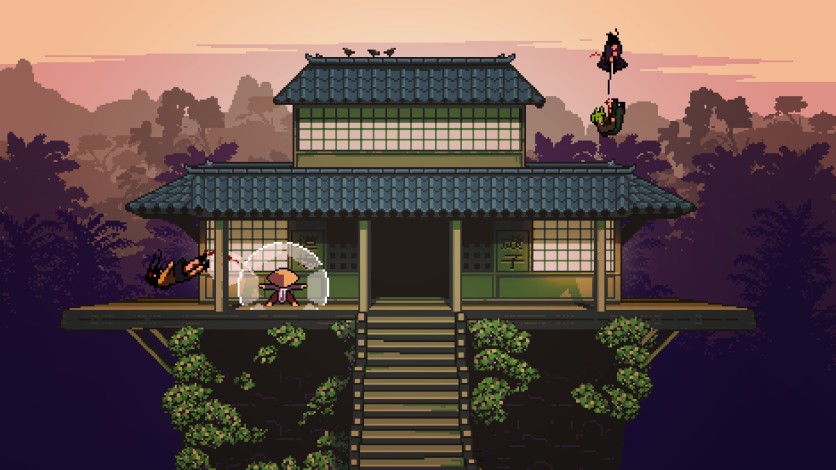 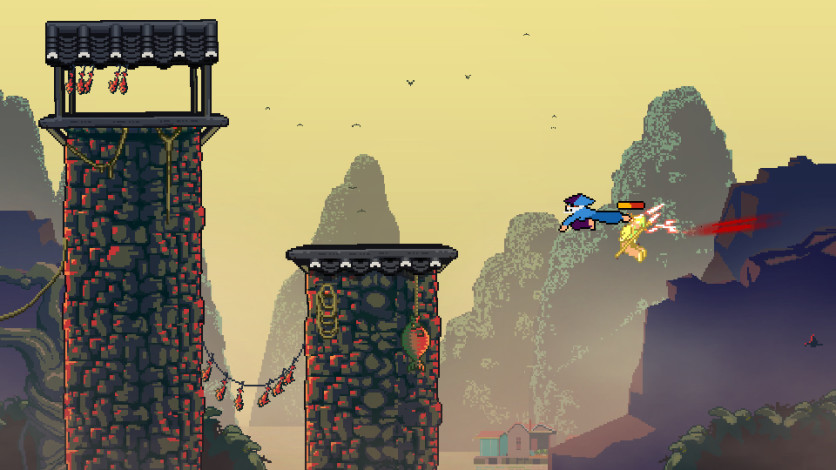 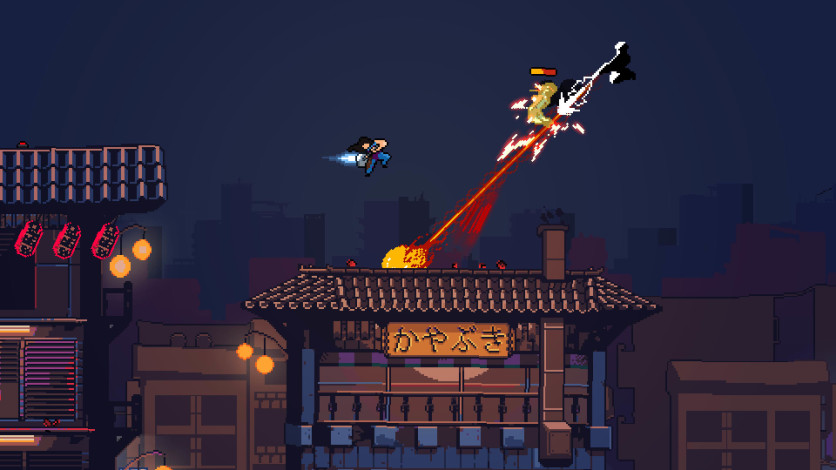 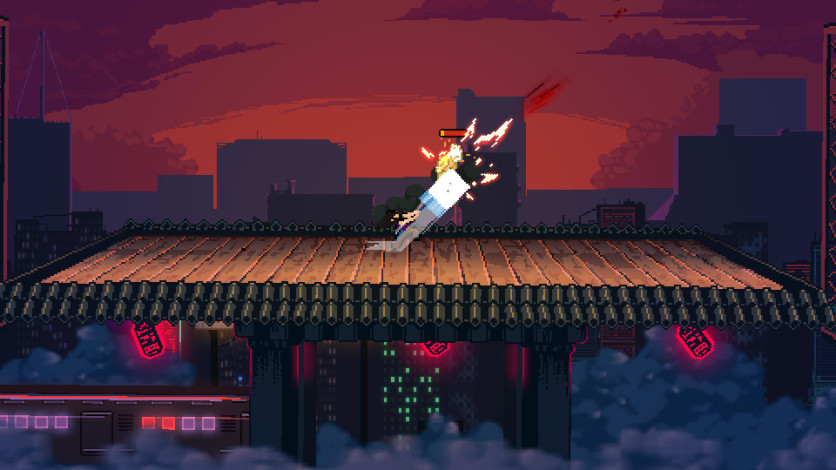 It is both a party game and a competitive game for platform fighter's players.

The scale and speed of Roof Rage allows you to be creative, always producing new combos and pushing the gameplay a little bit further.

With the last 3 characters added since the release, the game now has 11 characters, each one offering a unique playstyle.

You can pick and throw roof tiles, catch them, deflect your opponent's projectiles, wave-dash, parry and smash attack for a finishing move.