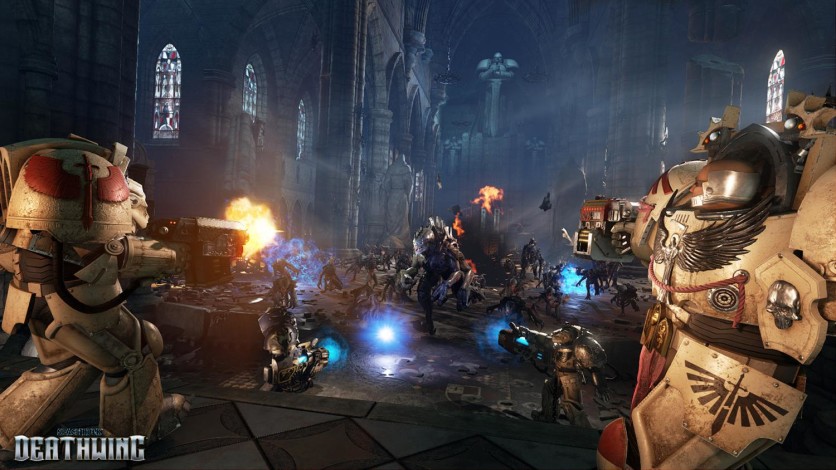 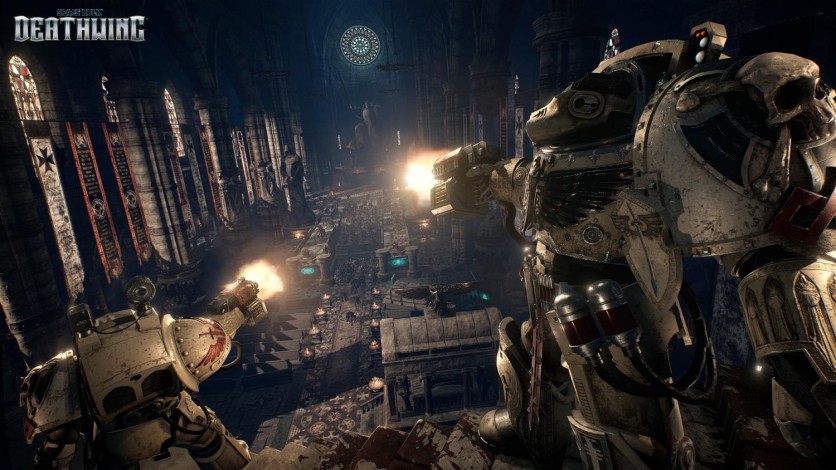 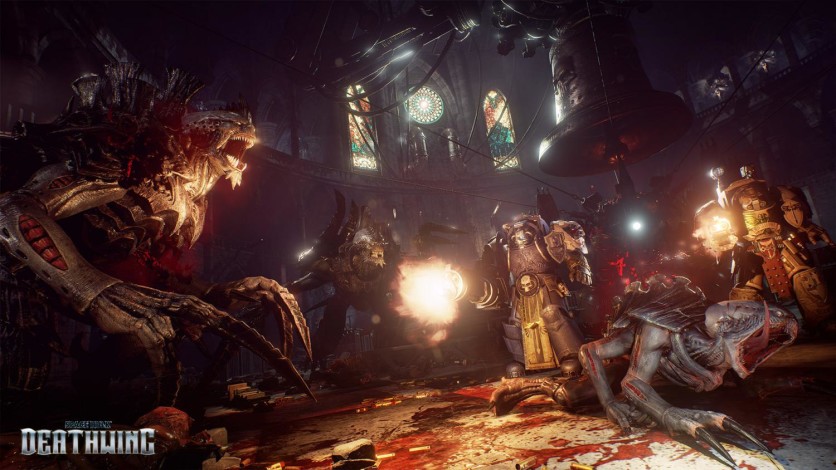 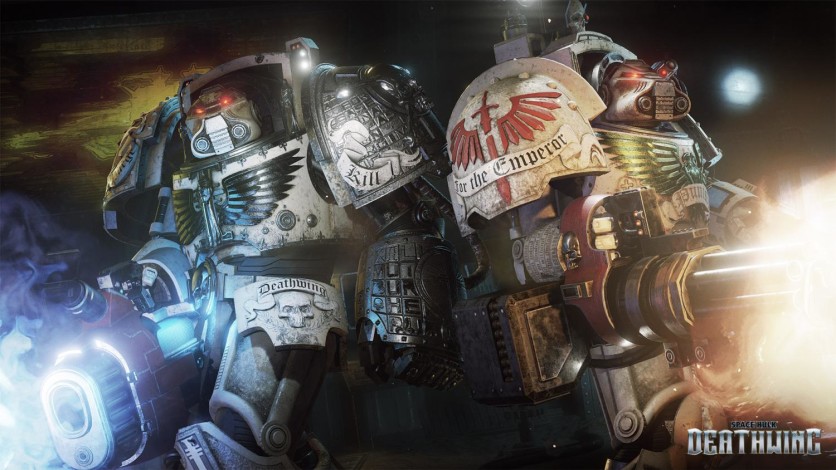 Space Hulk - Deathwing is a First-Person Shooter experience based on Games Workshop's classic Space Hulk boardgame set in the universe of Warhammer 40,000. Space Hulk: Deathwing was developed on Unreal Engine 4, and offers you and up to three of your friends the chance to experience a desperate battle against Genestealers in the claustrophobic tunnels of a Space Hulk. You also gain skills, new abilities, and new equipment as you earn experience during missions.

Space Hulks drift along the currents of the Warp, the immaterial dimension of Chaos. Made up of gigantic, mangled asteroids, ship wrecks, and other stellar debris, they can grow to the size of a moon, and often contain treasured and ancient lost technologies. They are often also infested with broods of the lethal Genestealer.

In the game you take on the role of a Space Marine from one of the most secret and most feared Space Marine forces: the Deathwing of the Dark Angels Chapter.

As a Librarian, you can also master the destructive powers of the Psykers. Your skills and performance in battle grant you Fervor Points to spend on 3 skill trees, allowing you to improve your abilities and unlock new powers.

Don your Terminator armour and arm yourself with the iconic weaponry of the Space Marines and face the threats that await you in the Space Hulk.

Space Hulk - Deathwing -- Copyright © Games Workshop Limited 2016. Space Hulk , the Space Hulk logo, Deathwing, GW, Games Workshop, Warhammer, the Warhammer Device, and all associated marks, logos, places, names, creatures, races and race insignia/devices/logos/symbols, vehicles, locations, weapons, teams and team insignia, characters, products, illustrations and images from the Space Hulk game and the Warhammer world are either ® or TM, and/or © Games Workshop Ltd 2000-2016, variably registered in the UK and other countries around the world, and used under license. All Rights Reserved. All other trademarks, logos and copyrights are property of their respective owners.