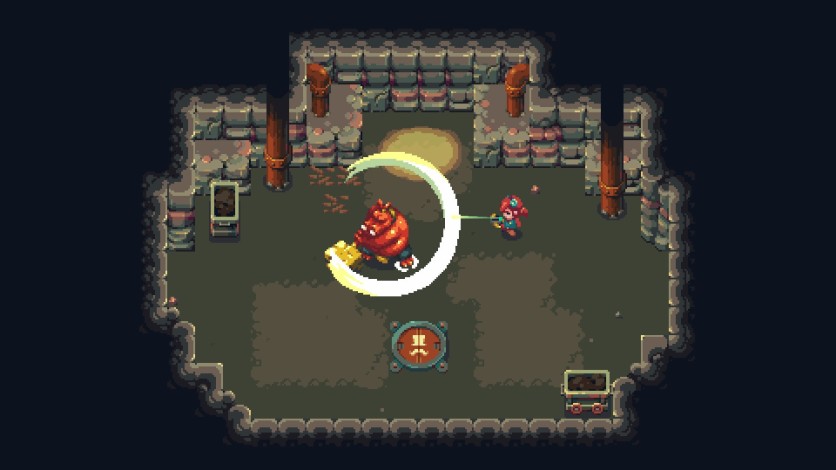 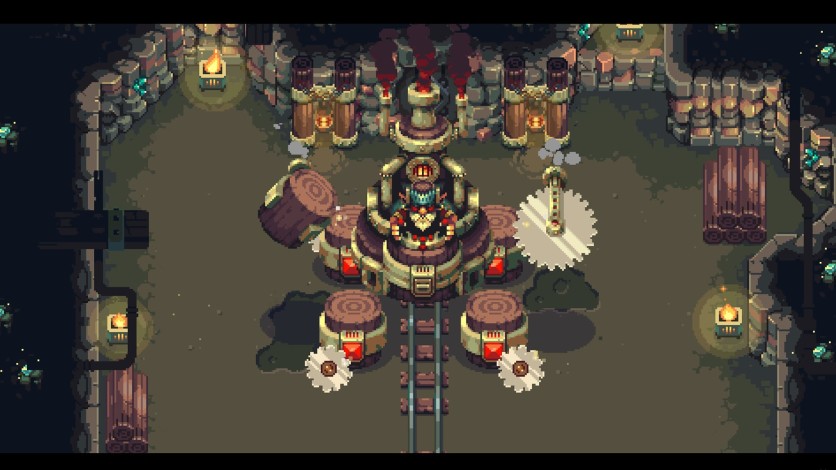 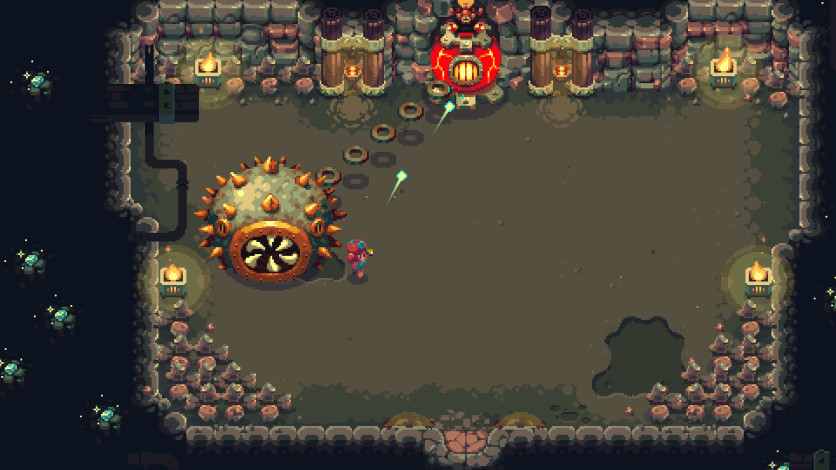 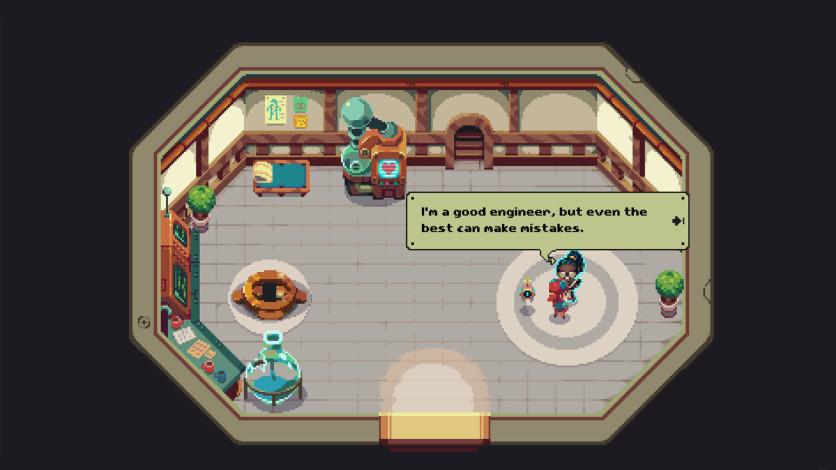 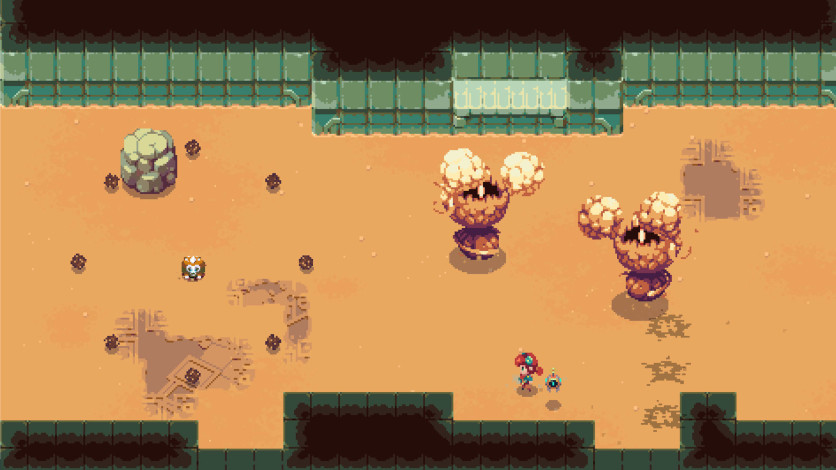 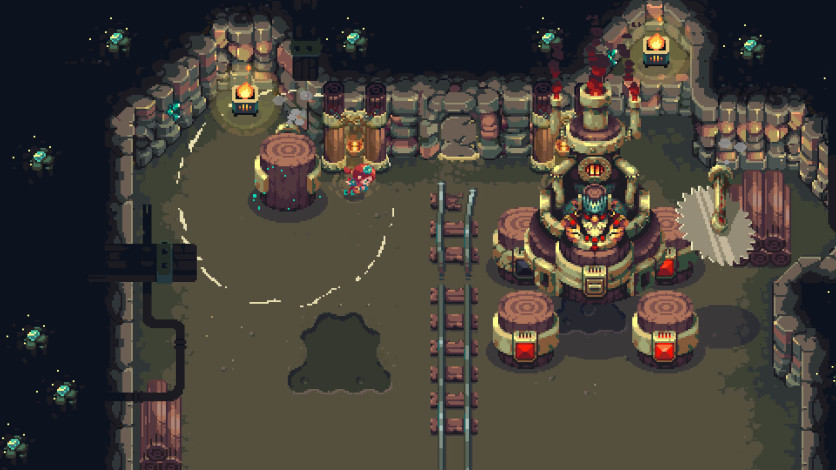 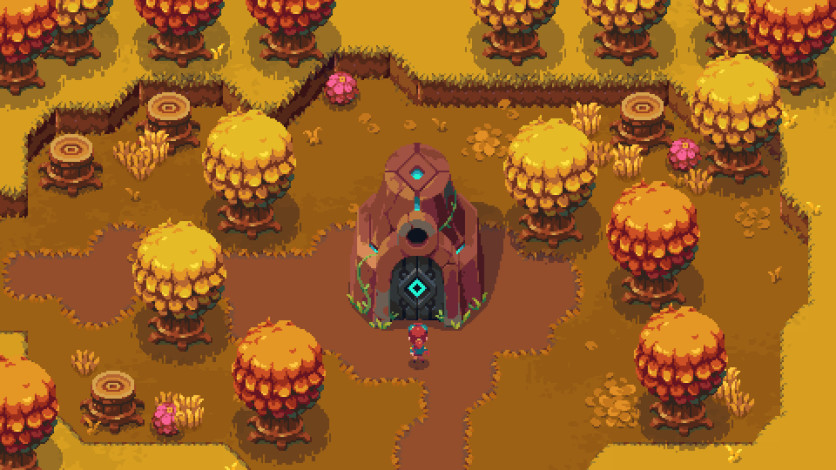 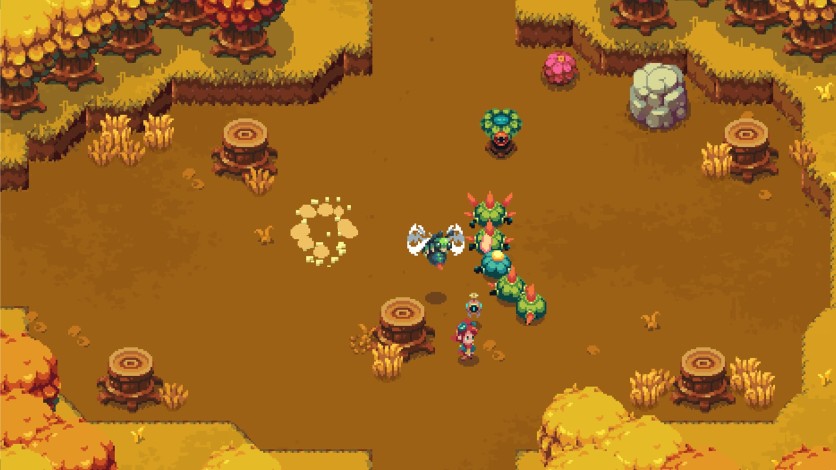 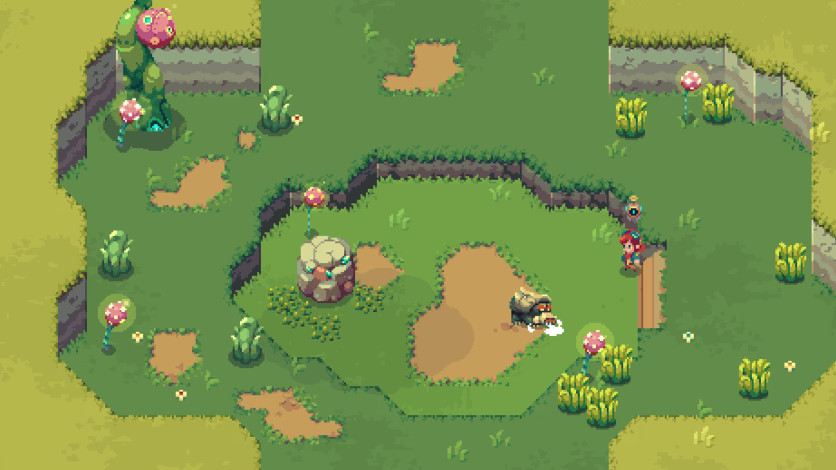 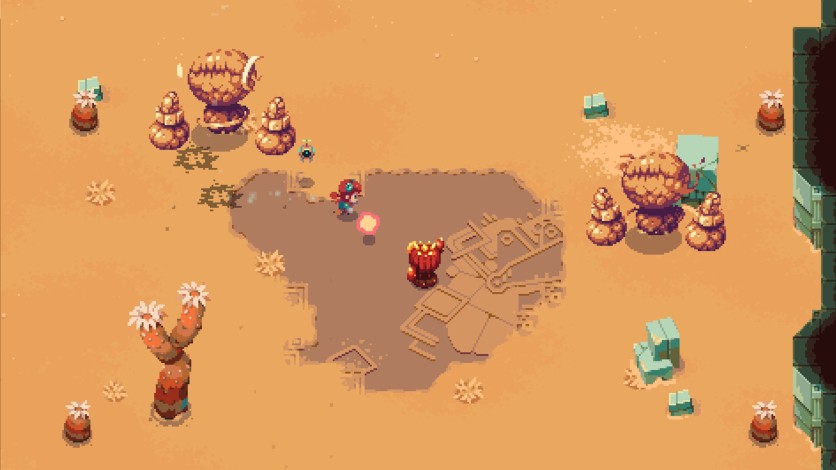 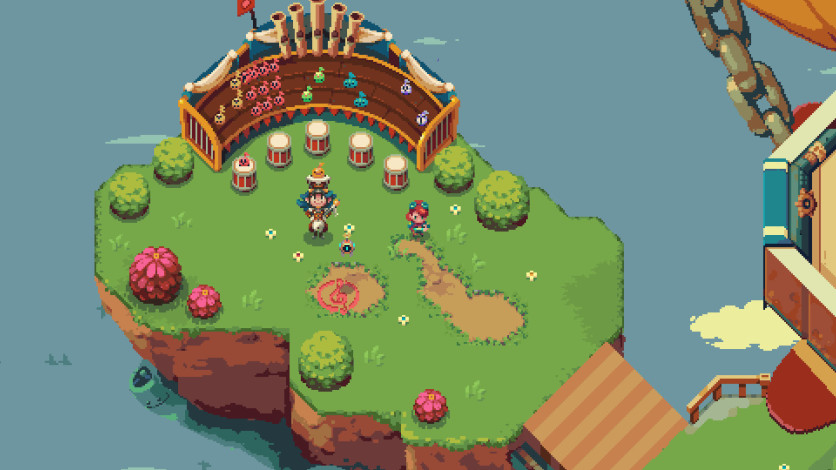 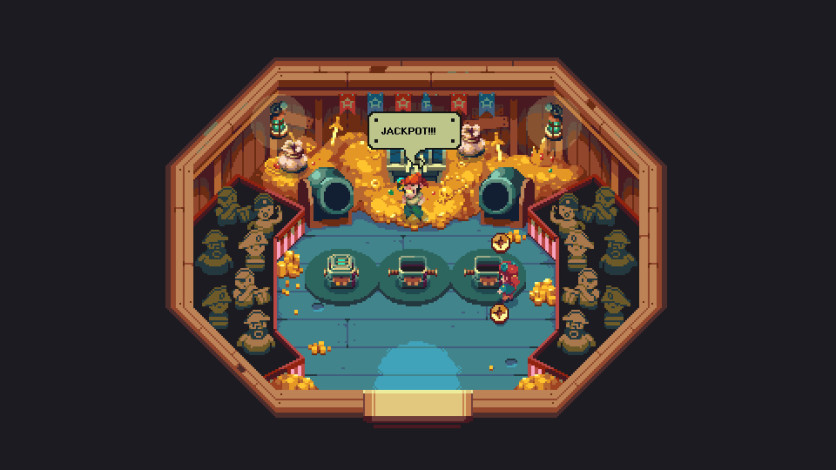 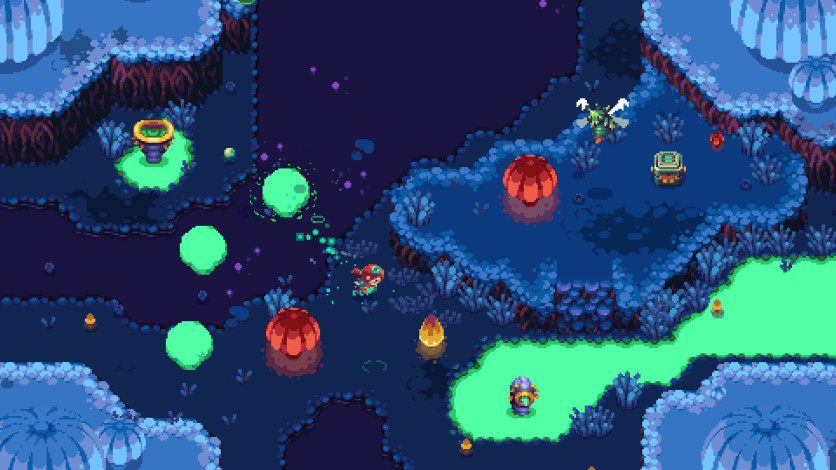 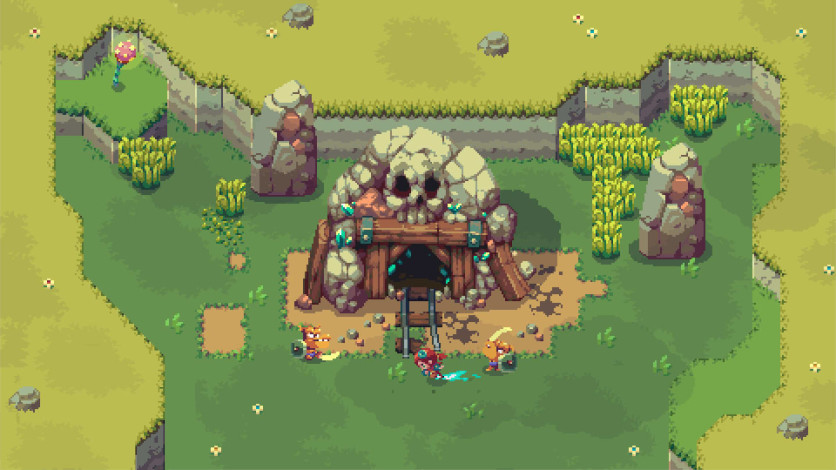 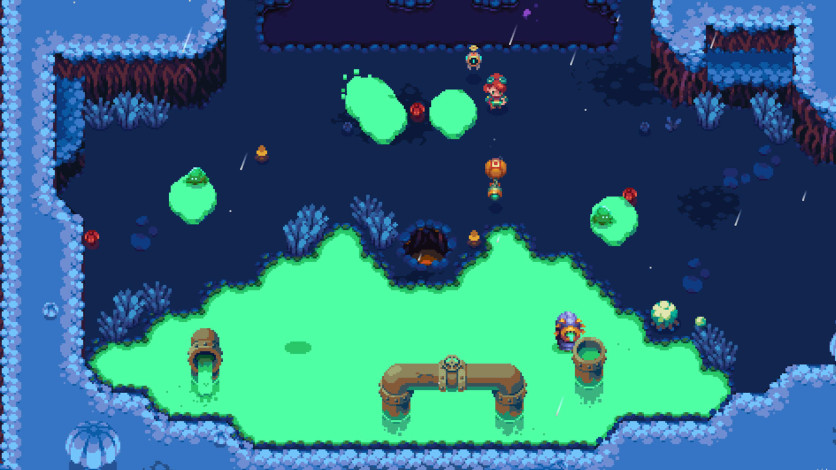 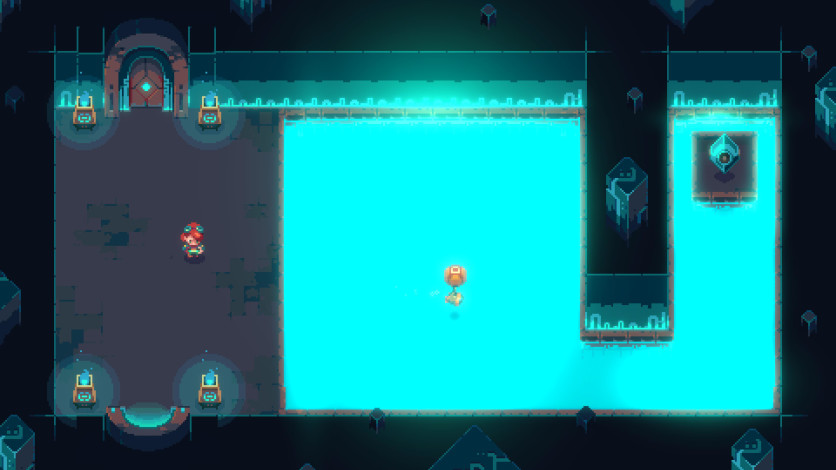 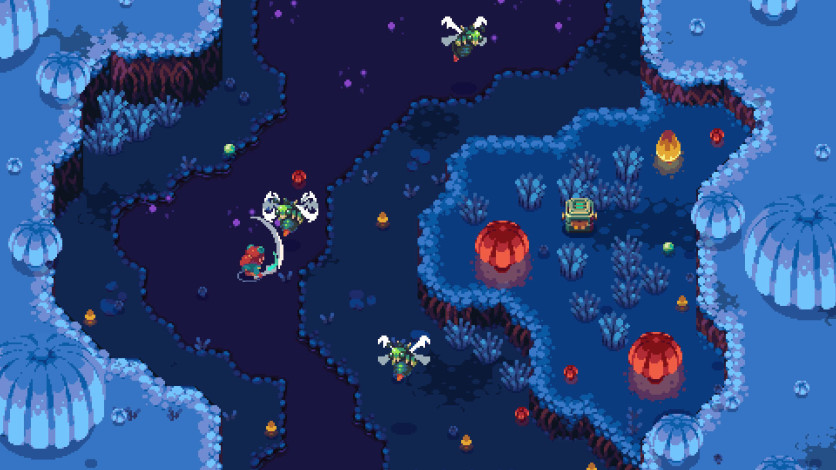 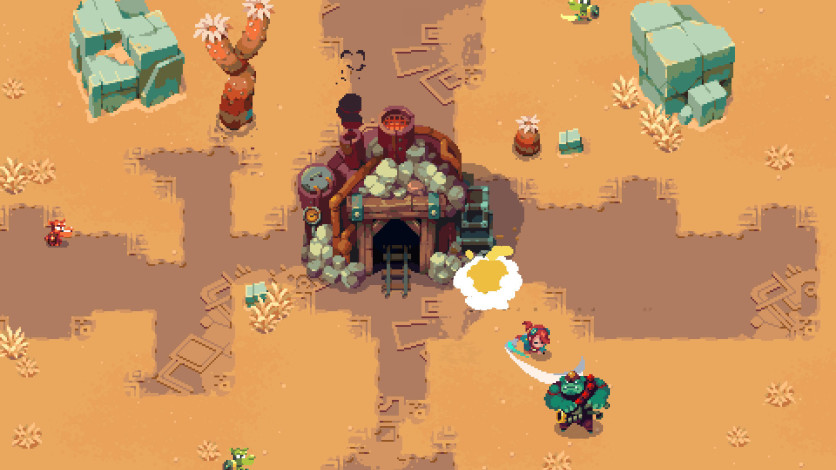 Sparklite is an action-adventure set in a whimsical and ever-changing land. Battle foes in top-down action using an arsenal of gadgets, guns, and gear. Explore dangerous corners of the procedurally generated world, take down titans of the mining industry, and save the Sparklite!

Everything in the world is tied together by Sparklite... it's the life force of the planet, and the inhabitants have learned how to channel it for their own gain. It can be harnessed, or it can be consumed for a surge of power with grave consequences.

The "Baron" has devised a plot to mine the world’s Sparklite core. He mines Sparklite and burns/consumes it to fuel his powerful war machines, but the pollution from the consumed Sparklite is corrupting the world. Animals have turned to violent monsters, and the environment is rotting away. But the world has a natural defense in its Sparklite core. Periodically, the core causes a Disruption which rearranges the world, setting back the Baron’s efforts. If the Baron can obtain the core, he will gain the power to create a new world where he has ultimate power.

Our hero, Ada, must travel to each zone of the world to shut down its Digsite, lowering the Baron’s defenses so that she can stop him before it’s too late...

If you loved these games, you'll love Sparklite: