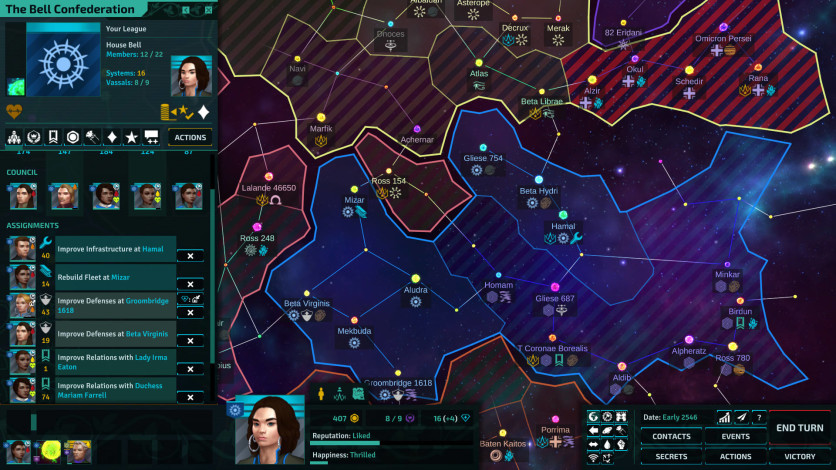 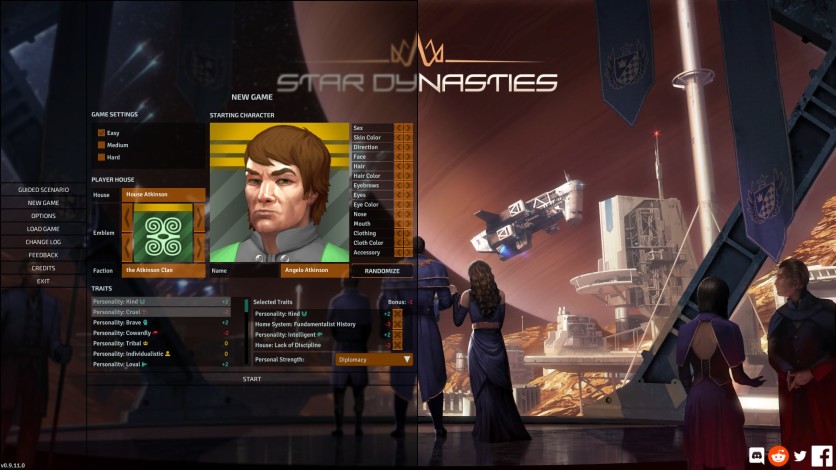 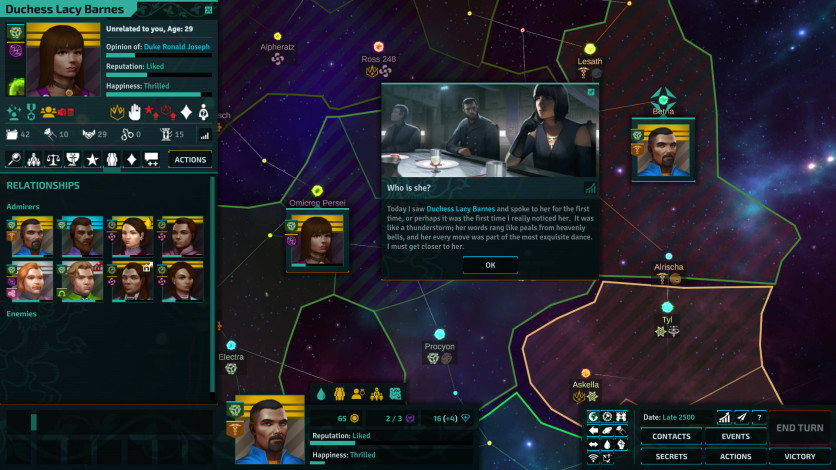 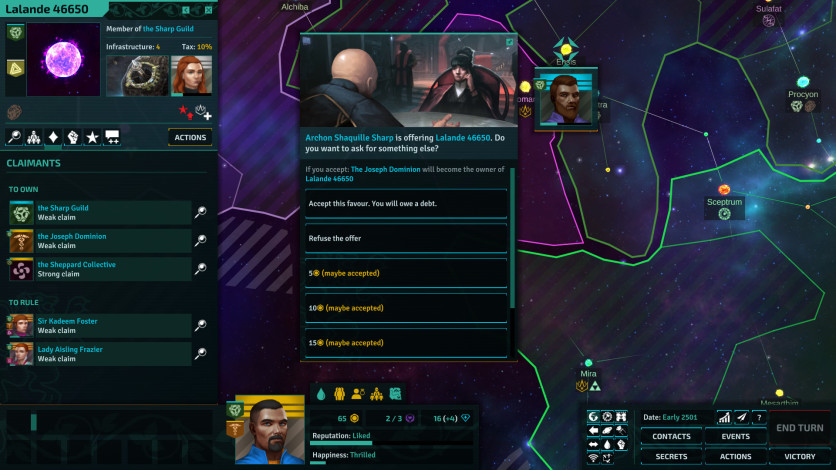 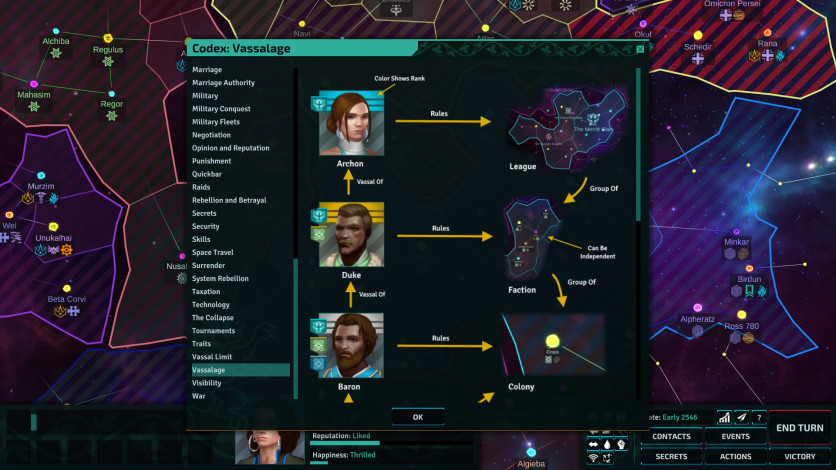 Star Dynasties is a role-playing sci-fi strategy game set in a divided galaxy following the destruction of Earth. A unique procedurally generated narrative of human drama and feudal politics is mixed together with a light empire management layer. Your choices. Your legacy.

Humanity had just taken its first tentative steps in space, when the catastrophic destruction of Mother Earth plunges the galaxy into a new Dark Age. Centuries later, those few surviving colonies have stabilised into a simple feudal society, unable to comprehend or advance the technological artefacts they use to survive. Internecine fights between an aristocratic elite decide the fate of the scattered fragments of human kind.

As the leader of a faction of star systems, you must seek to ensure the survival and prosperity of your dynasty. Expand your empire, herd your unruly vassals, build political alliances, and navigate a web of agendas, political intrigue and social obligations, to emerge as the dominant power of the galaxy.

Star Dynasties © 2017-2021 Pawley Games. Developed by Pawley Games. Licensed exclusively worldwide to and published by Iceberg Interactive B.V. All brands, product names, and logos are trademarks or registered trademarks of their respective owners. All rights reserved. Made in the UK.