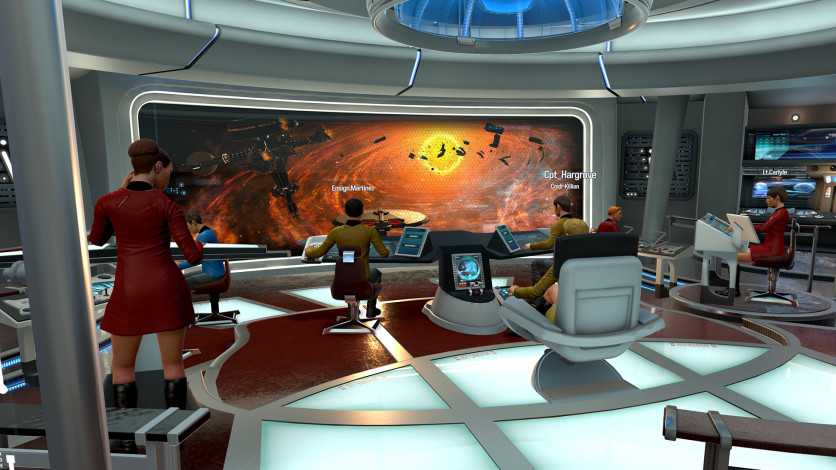 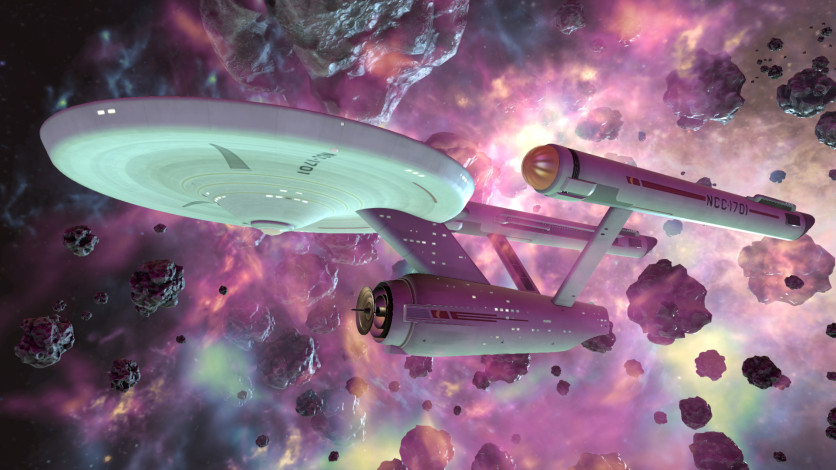 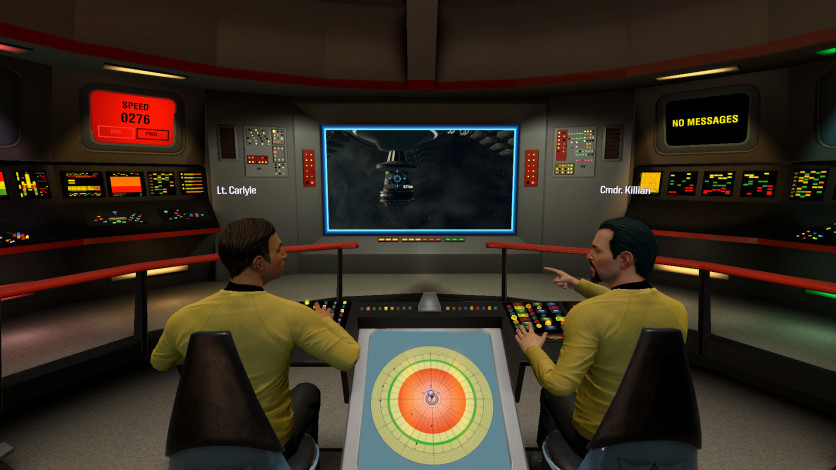 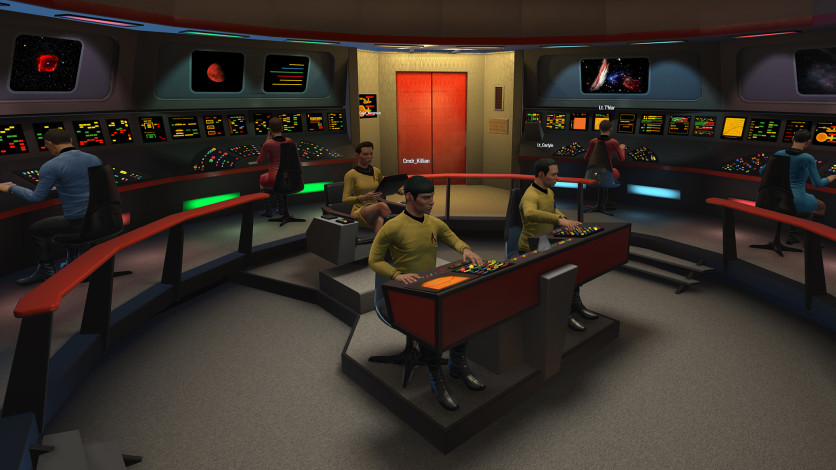 Star Trek™: Bridge Crew, playable in both VR and non-VR, will immerse you in the Star Trek universe. As officers of the Federation, every action and decision you make together will determine the fate of your ship and crew.

Star Trek™: Bridge Crew will immerse you in the Star trek universe thanks to VR. The game puts you and your friends in the heart of the U.S.S. Aegis. Your mission: explore a largely uncharted sector of space known as The Trench, in hopes of locating a suitable new home world for the decimated Vulcan populace. The Klingon Empire is also active in the region, and their purpose is a threat to the Federation’s plans.

Make strategic decisions and coordinate actions with your crew to complete the mission. In co-op, you can form a crew of four players to serve in the roles of Captain, Helm, Tactical and Engineer. In addition to a dynamic storyline, the game features an “Ongoing Missions” mode, procedurally generating missions for countless hours of Solo and Co-op adventure.