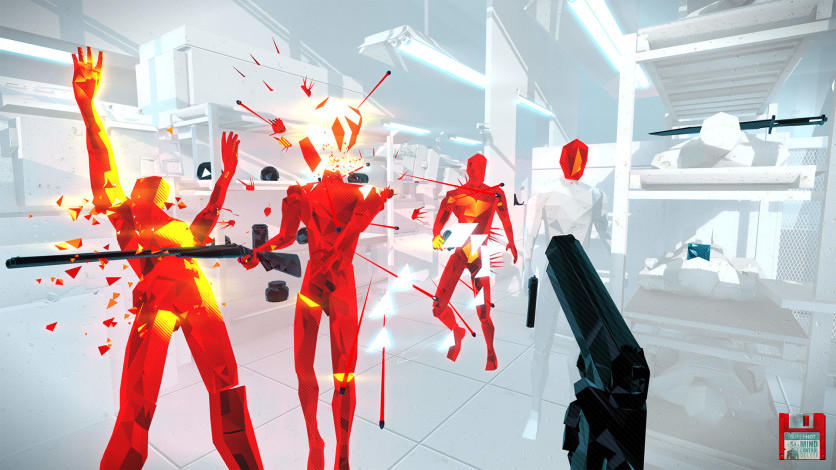 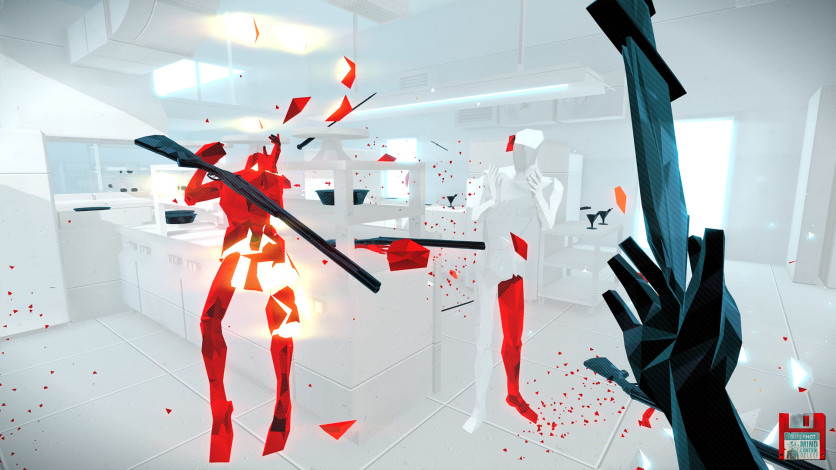 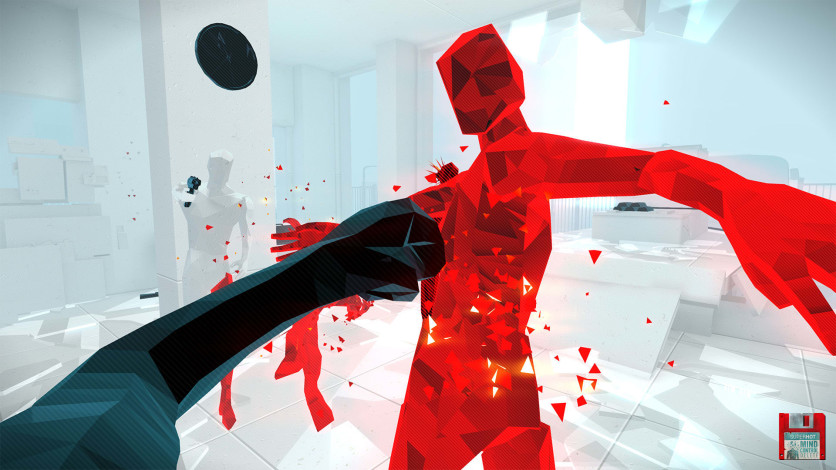 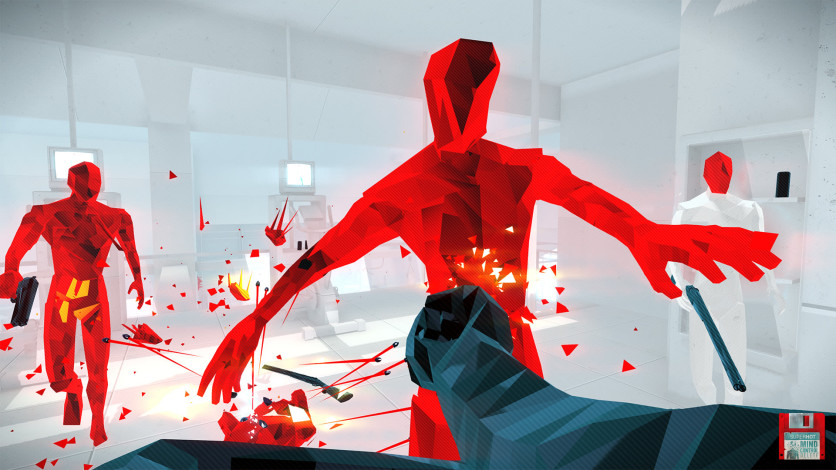 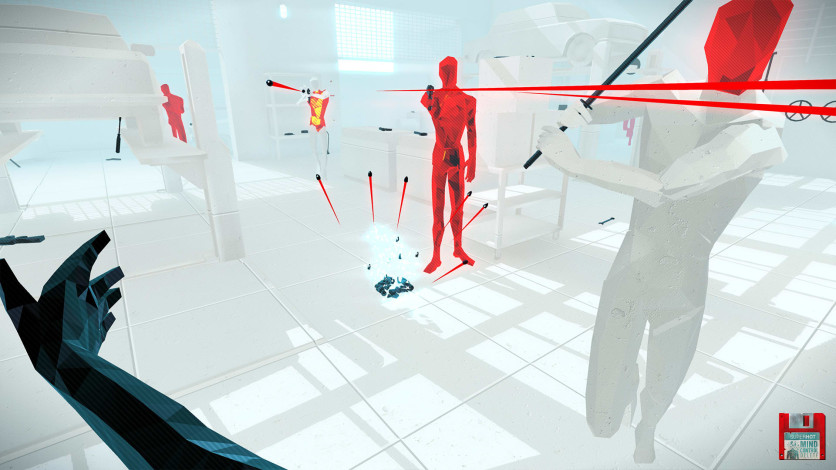 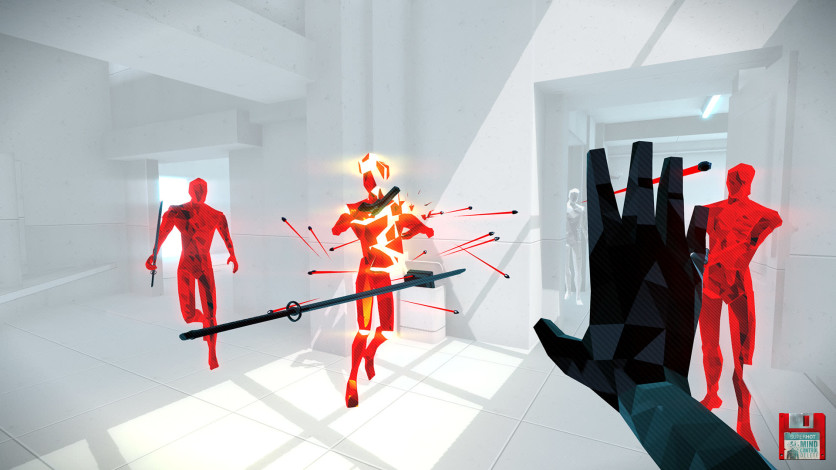 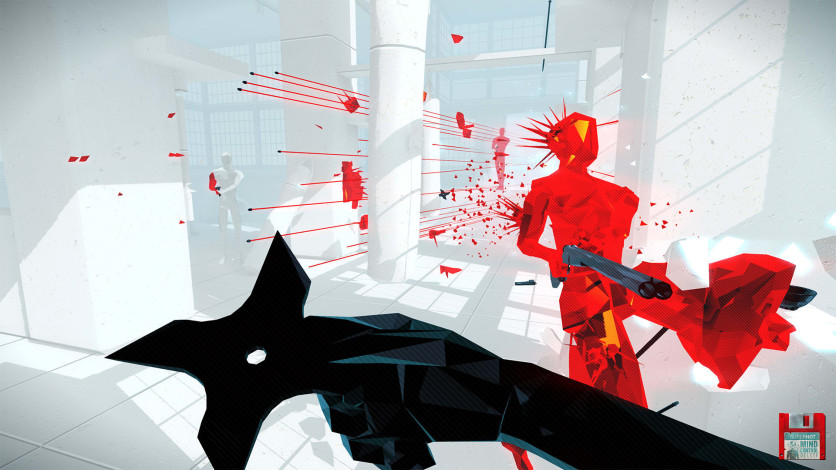 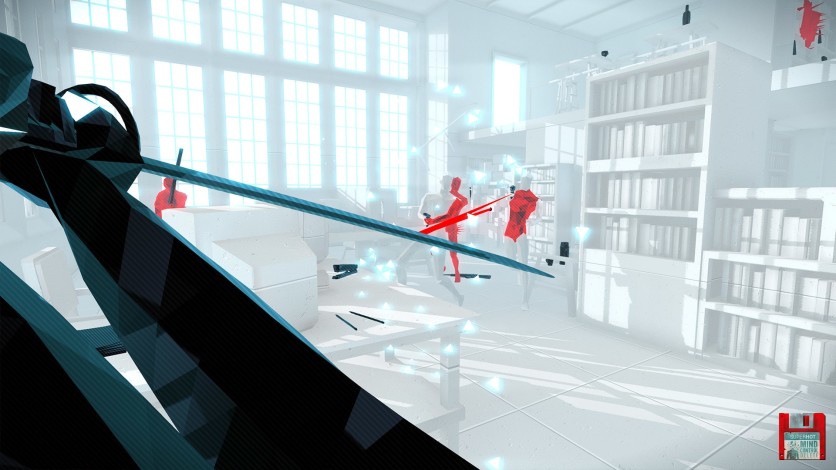 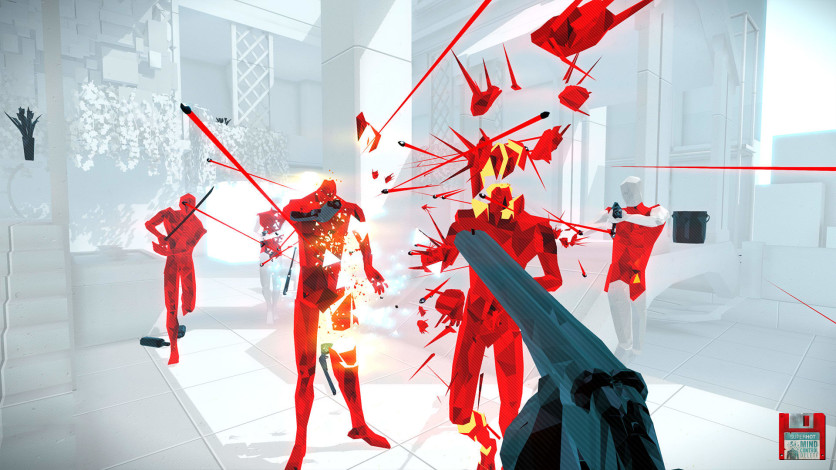 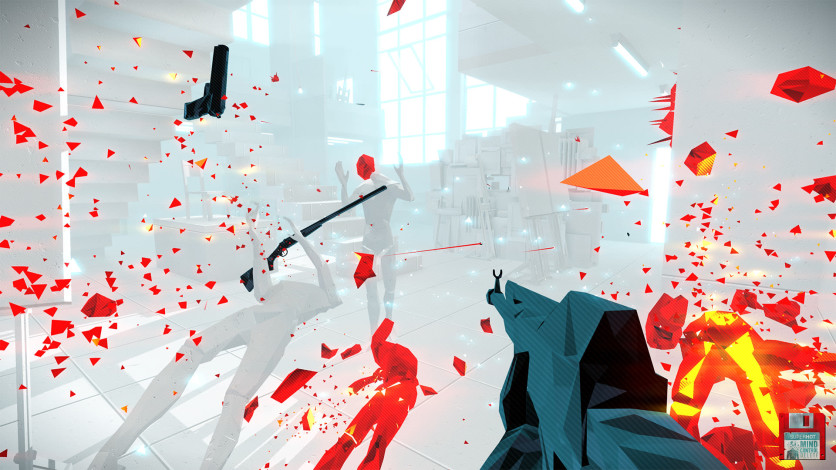 ⚠️ If you had or purchased the base edition of SUPERHOT prior to the launch of the DLC MIND CONTROL, your edition already had this content released as a bonus upgrade.

Fine. Suit yourself. You know this won’t have a happy ending.

You stand in the center of a firefight. A hail of slow motion bullets is inching slowly towards your face. You see bright red enemies frozen in place as they run towards you. Weapons in hand, they’re stepping over the shattered remains of the foes you just dispatched.

Everything is sharp, silent, and still. Light flickers in the red crystal shards coating the cold concrete floor around you. There’s a gun slowly turning in flight right in front of you. An enemy must have dropped it as their dying body exploded in a shower of brilliant red shrapnels.

You take a moment to consider. You’ve been here before. So many times. Maybe this time it will actually mean something. You take a breath. You sidestep and dodge. Your hand reaches for the gun. Just like it has so many times before. Everything explodes into action. You hope this time will be different.

Built on the foundations of SUPERHOT and SUPERHOT VR, MIND CONTROL DELETE continues to bring you more of SUPERHOT’s signature power fantasy.

Time moves only when you move. Enemies pour in from every direction. You are in complete control as you shoot, slice, and explode your way through dozens and dozens of increasingly challenging stages. The closer you get to the core, the more powerful you become. You amass an arsenal of skills and weapons. You uncover snippets of precious knowledge - of the meaning that you crave so much.

The third game in the SUPERHOT: MIND CONTROL DELETE gives you more insight into the world of SUPERHOT, more story, more signature gameplay. Keep dancing the slow motion ballet of destruction for so much longer than ever before.

© 2020 SUPERHOT Sp. z o.o. all rights reserved. SUPERHOT logo is a trademark or registered trademarks of SUPERHOT company. All other trademarks are property of their respective owners.