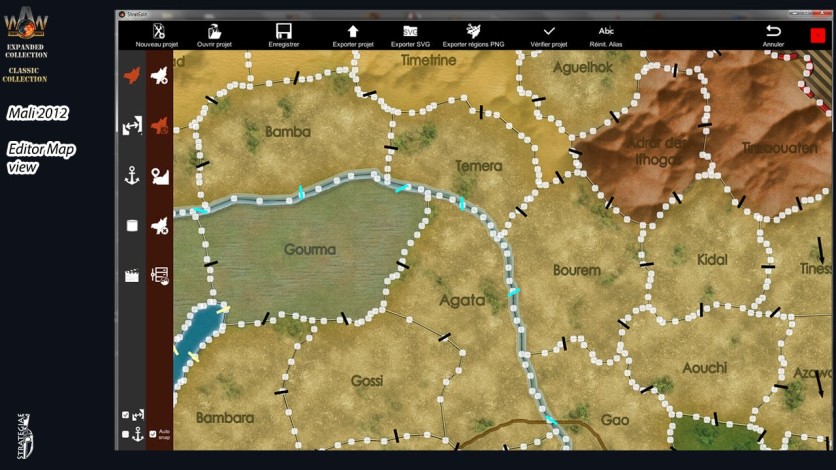 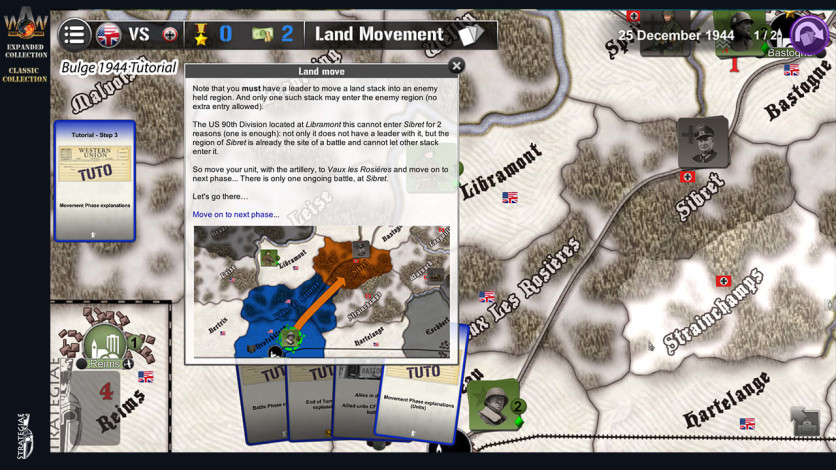 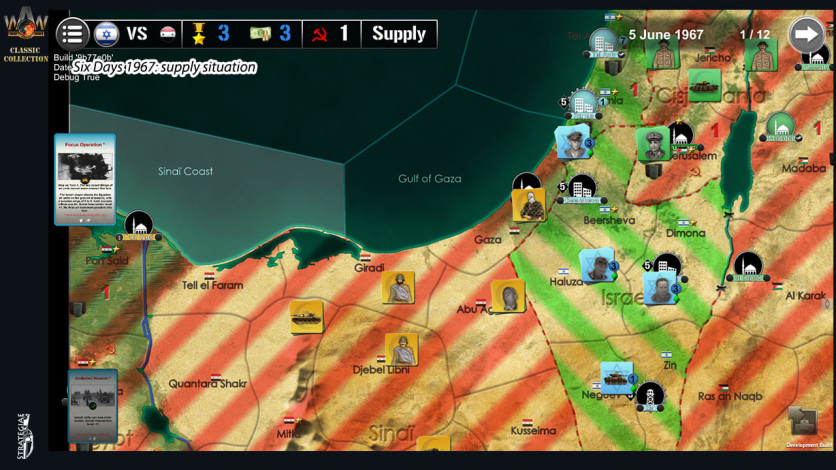 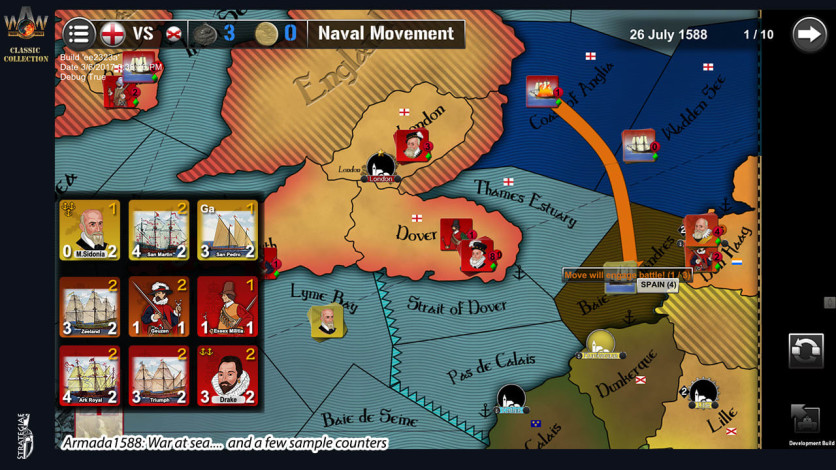 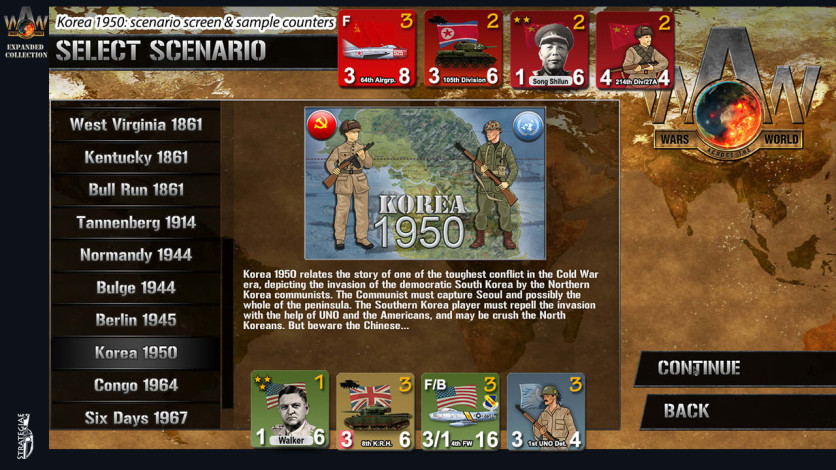 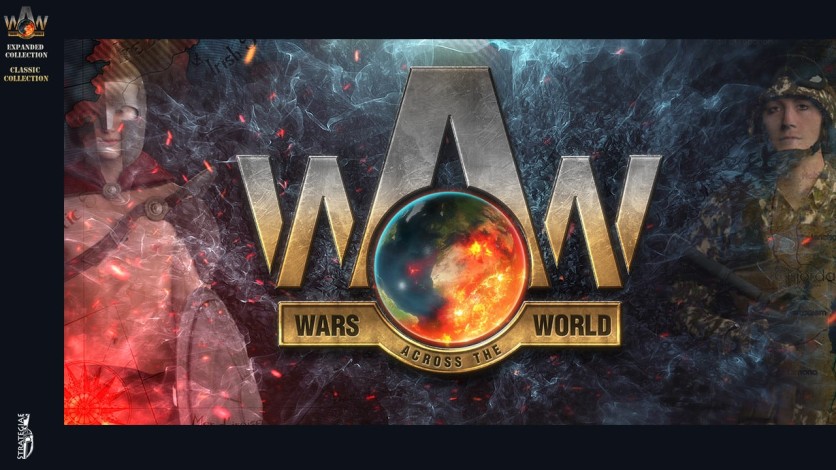 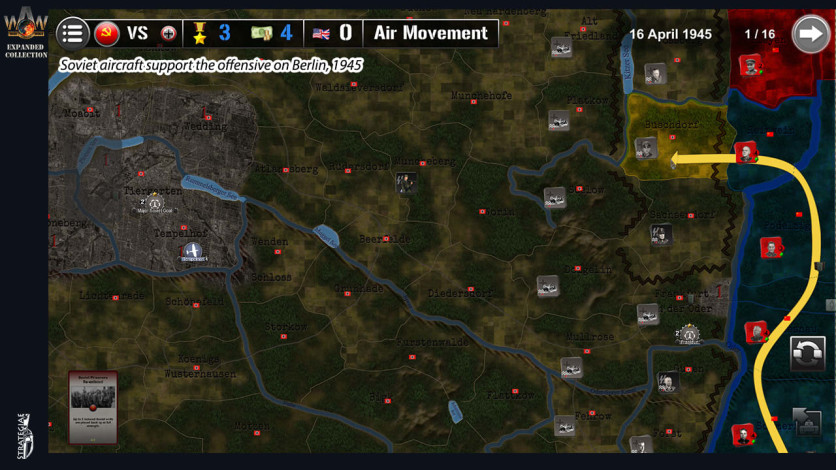 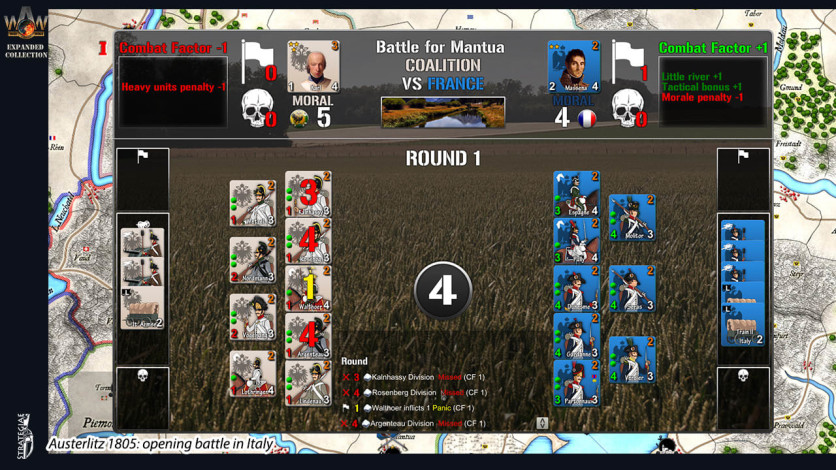 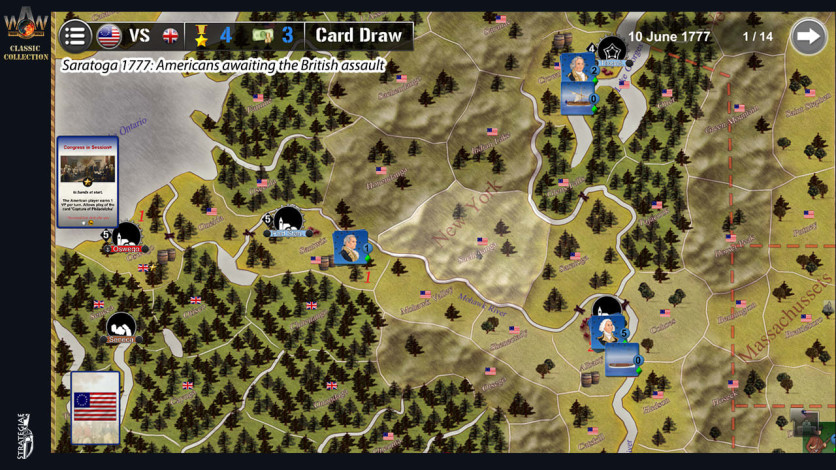 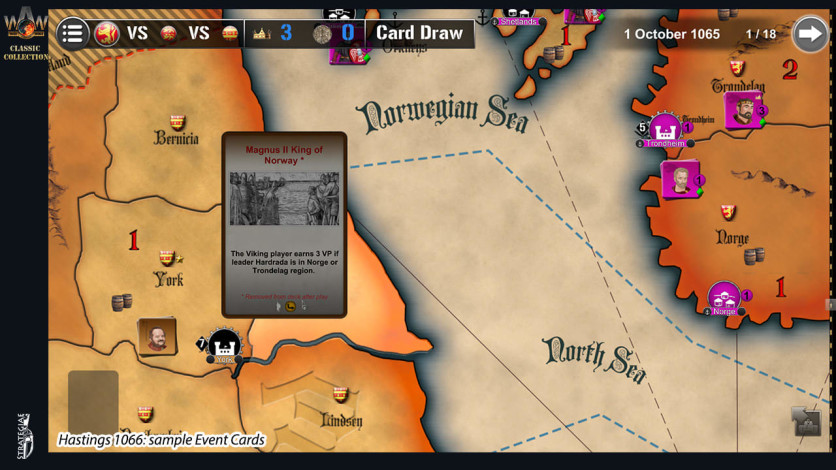 WAW is a unique strategy turn-based game concept, on a boardgame spirit, which aims at simulating in one single system ALL conflicts throughout the world (and beyond) from Prehistoric times to nowadays, from grand massive wars to asymmetrical conflicts. And it will work also on non-historical, alternate history, fantastic or SF titles. The key is the use of a single system of rules and situations which works in all cases.

Why? Because we want players to learn rules only once, get confident and at ease with them, and then spend all their time with the titles in the collection in a speedy and effortless manner ... for example, the battle screen will be similar throughout the games, and thus will require almost no adaptation for enjoying it in a new game!

Practically, a few minutes are required to read about the specific properties and content of a new scenario and you can jump right in!

WARS ACROSS THE WORLD is a trademark of SAS STRATEGIAE, based in la Terrasse sur Dorlay, France. SAS STRATEGIAE reserves the right to make improvements to this product at any time and without notice.