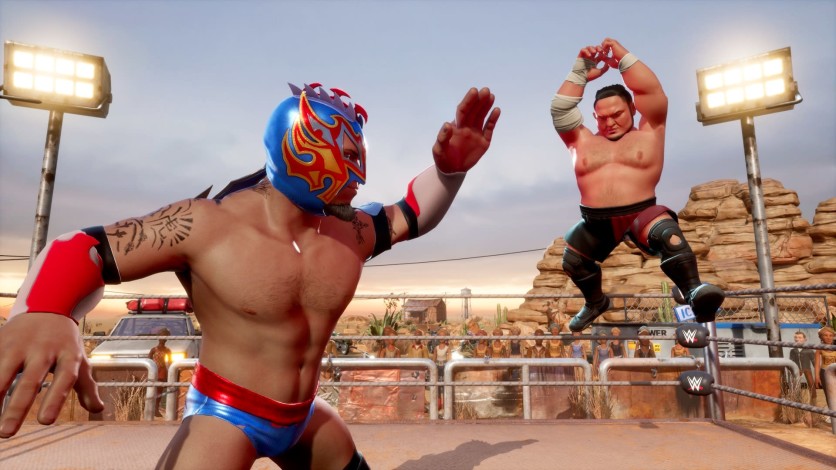 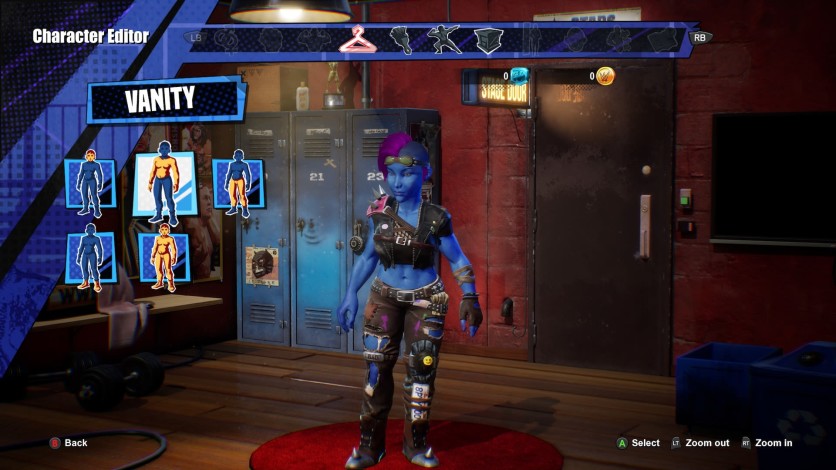 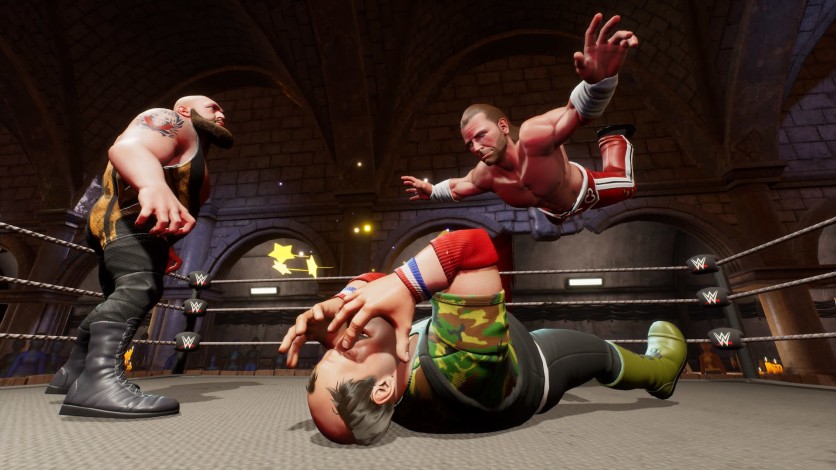 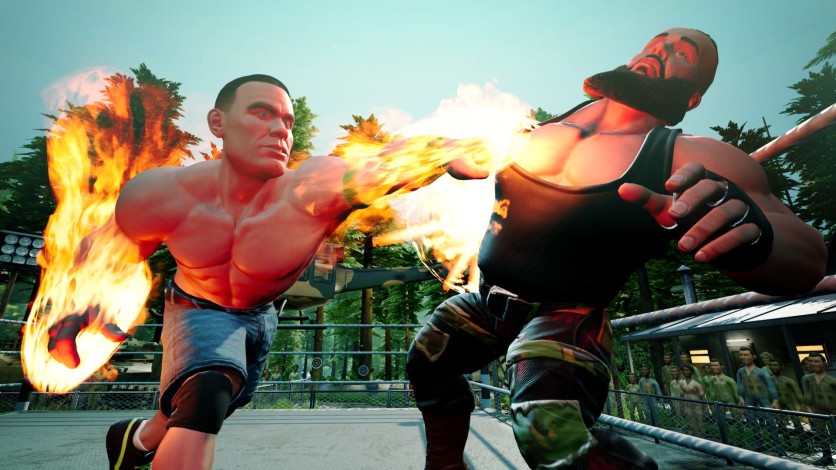 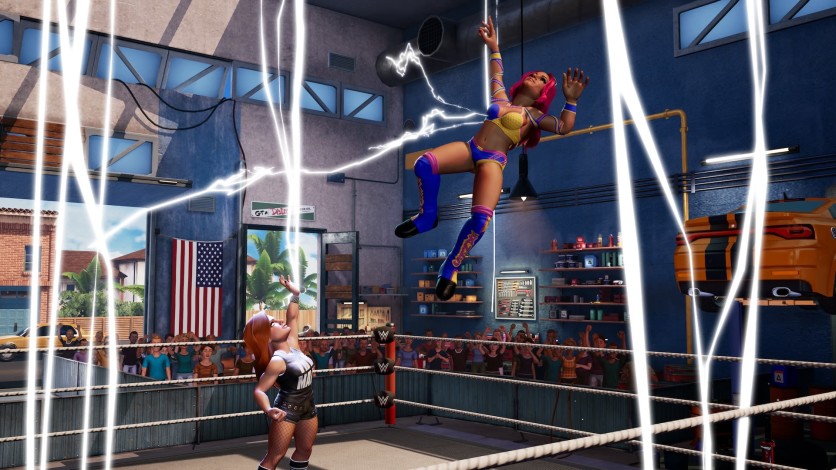 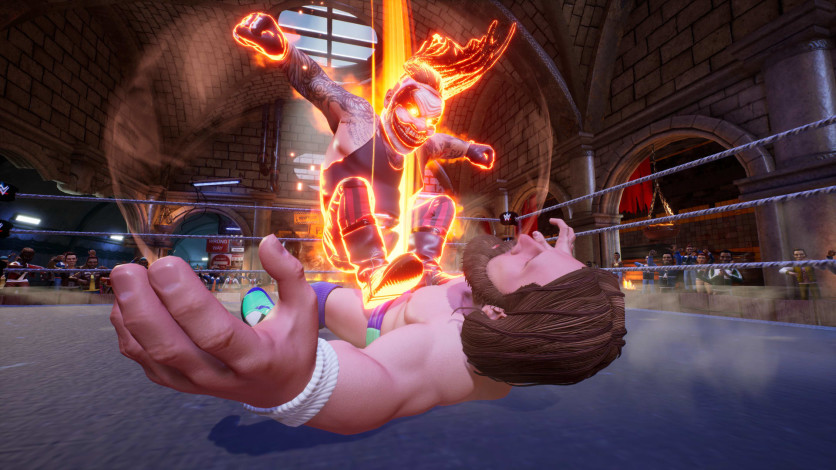 Upgrade to the Digital Deluxe Edition and brawl with your favorite WWE Legends. Raise some hell with Stone Cold Steve Austin, lay the SmackDown with The Rock, and get rowdy with Ronda Rousey.  The WWE 2K Battlegrounds Digital Deluxe Edition includes three versions of each Superstar, along with pre-order bonus Edge and 1100 Golden Bucks, used to unlock additional WWE Superstars and Legends, vanity items for your created characters and parts for your custom arenas.

Battle It Out Across the Globe!
Play through an all-new story mode told through original comic strips, alongside Paul Heyman and Stone Cold Steve Austin and help lead the charge to find the next WWE Superstars!  Battle as unique and colorful new characters against established WWE Superstars to test your mettle and show your skills while unlocking new characters and Battlegrounds along the way.

Battle with Friends – Online or on the Couch
Compete in Online Tournaments or stake your claim as King of the Battleground and survive the online melee against players from around the world! Plus, battle it out in local multiplayer and dominate your friends!