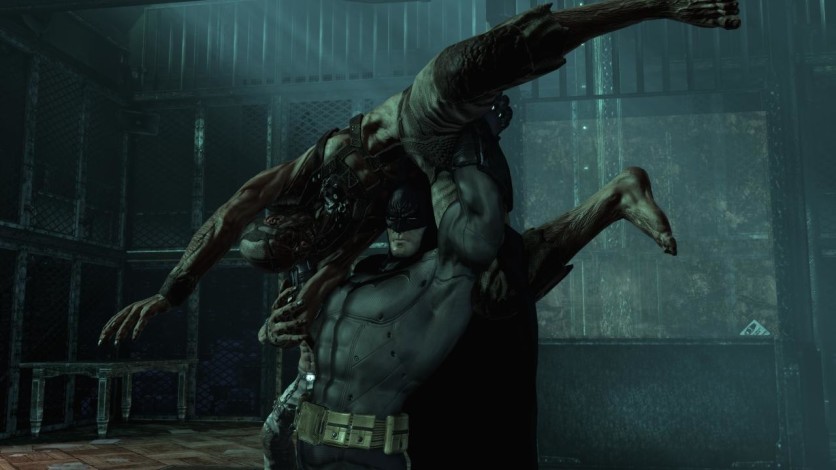 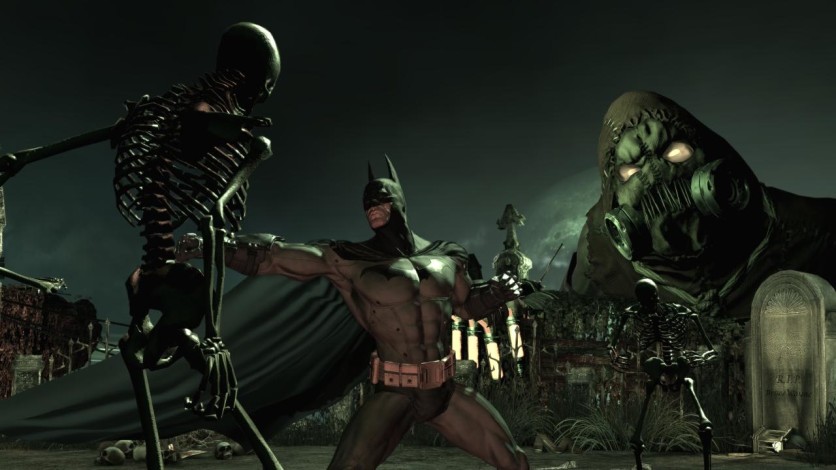 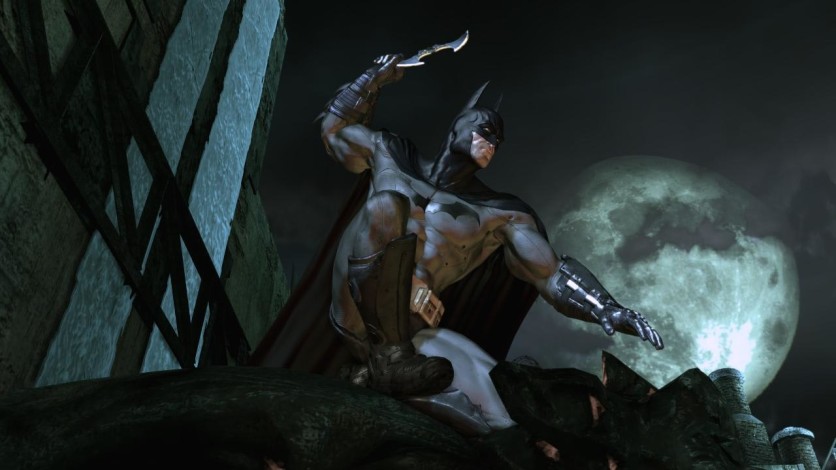 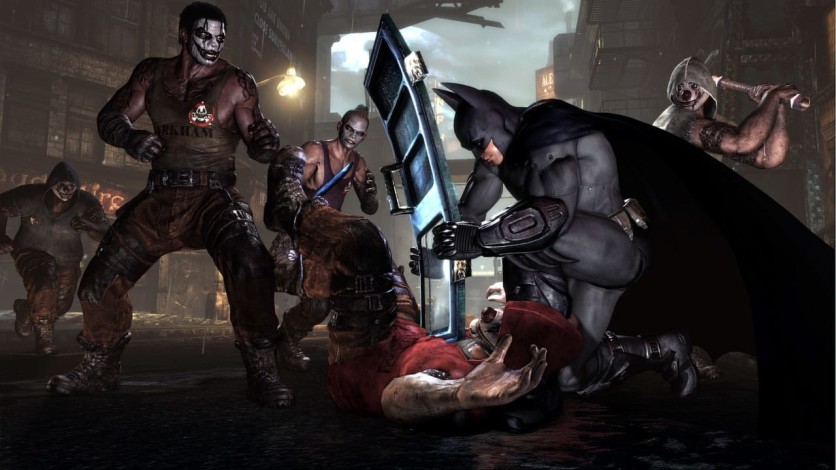 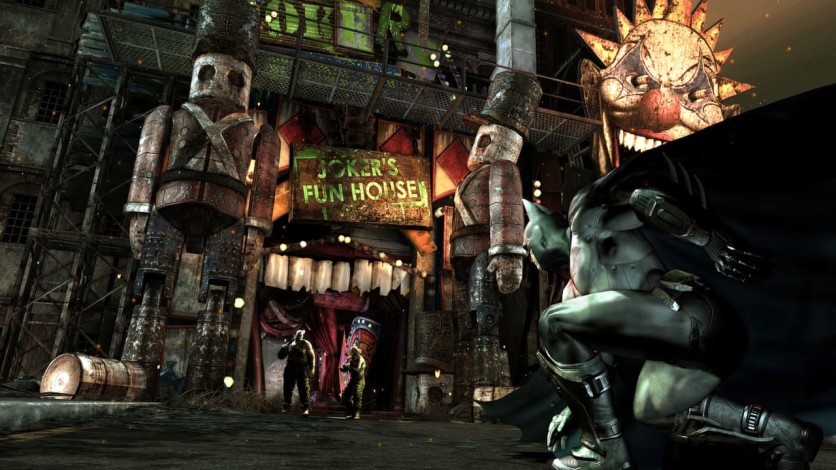 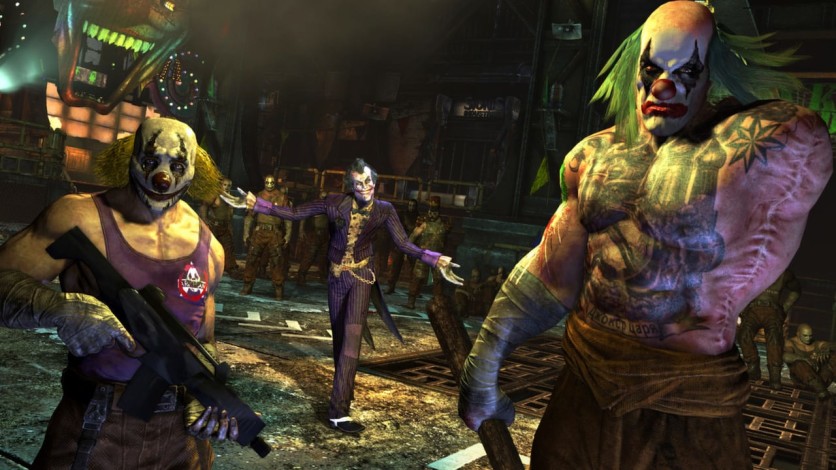 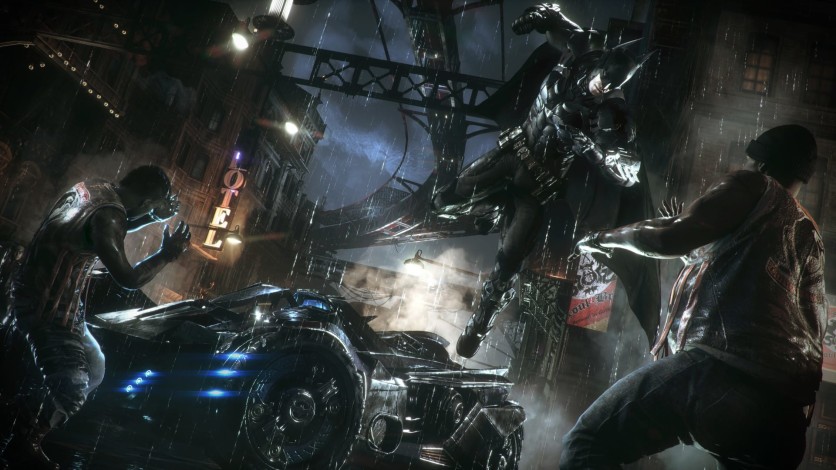 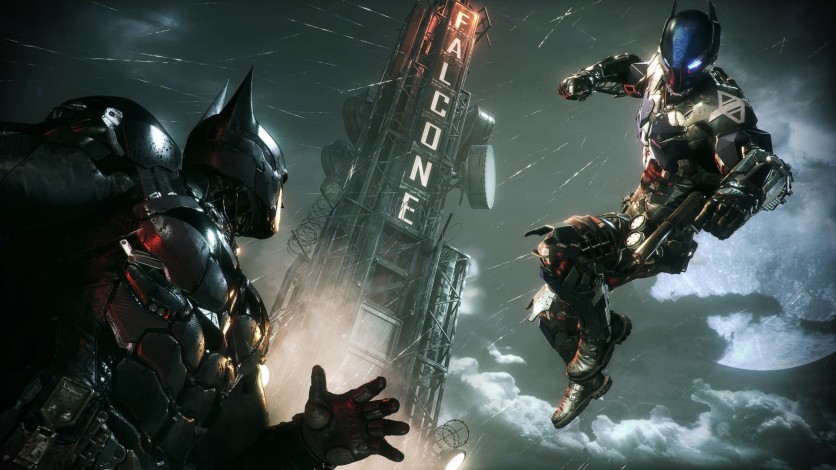 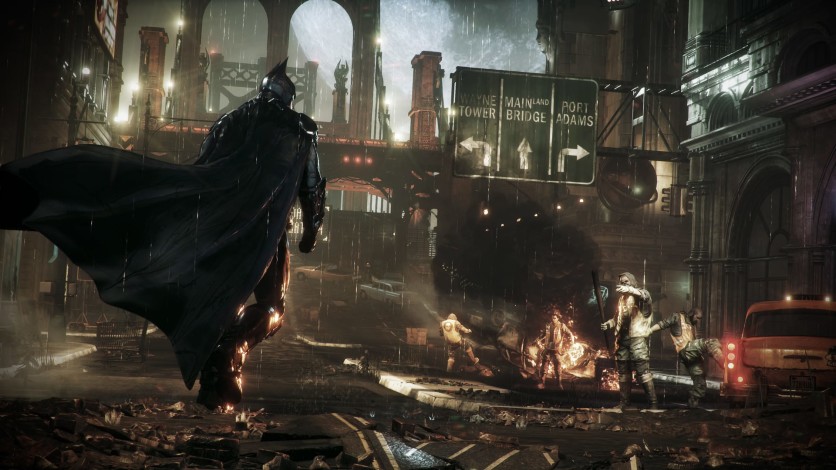 ASYLUM
The critically acclaimed Batman: Arkham Asylum  returns with a remastered edition of Game of the Year, with 4 extra Challenge Maps.

CITY
Batman: Arkham City builds on the intense and atmospheric foundation of Batman: Arkham Asylum, sending players flying through the sprawling Arkham City - five times the size of the game world in Batman: Arkham Asylum - the new "home" of Maximum security for everyone in Gotham City bandits, gangsters and insane criminal geniuses. Featuring an incredible Rogues Gallery of Gotham City's most dangerous criminals, including Catwoman, The Joker, The Riddler, Two Face, Harley Quinn, The Penguin, Mr. Freeze and many others, the game allows players to genuinely experience how is to be The Dark Knight doing justice on the streets of Gotham City and even includes the 6 DLCs.

KNIGHT
Batman™: Arkham Knight is the epic conclusion to Rocksteady Studios' Arkham trilogy. Developed exclusively for next-gen platforms, Batman™: Arkham Knight features Rocksteady's unique design for the Batmobile. The long-awaited inclusion of this legendary vehicle, combined with the acclaimed gameplay of the Arkham series, offers players the ultimate experience of playing as Batman as they roam the streets and soar through the skies of Gotham City. In this explosive finale, Batman faces the ultimate threat to the city he is sworn to protect when the Scarecrow returns to unite Gotham's supercriminals and destroy Batman forever. Wait, there's more! You will also have access to Season Pass content that entitles you to new missions, skins and race tracks.