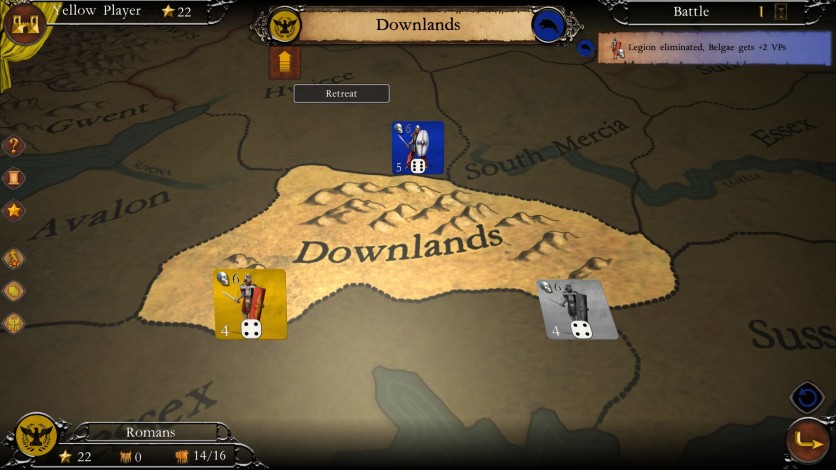 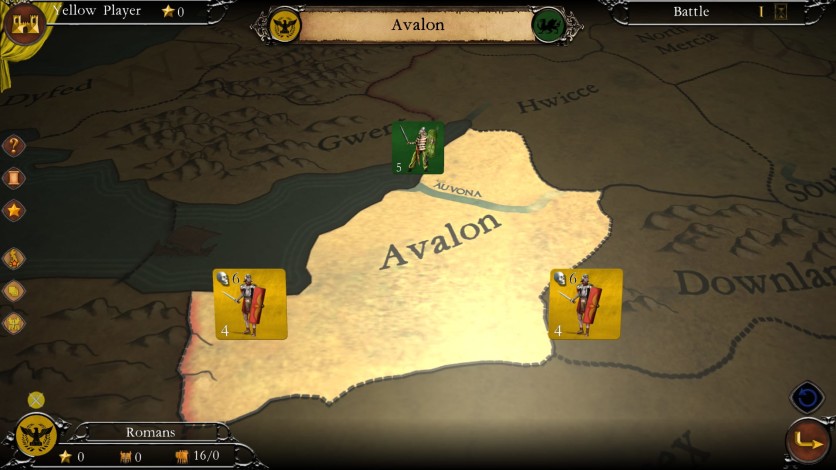 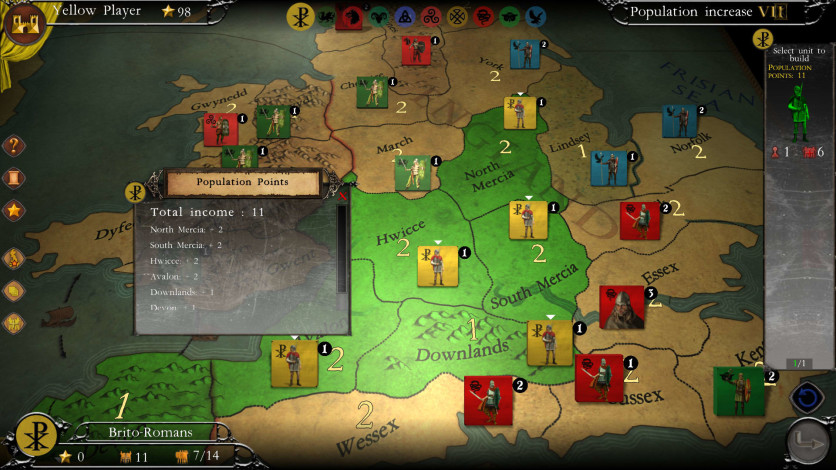 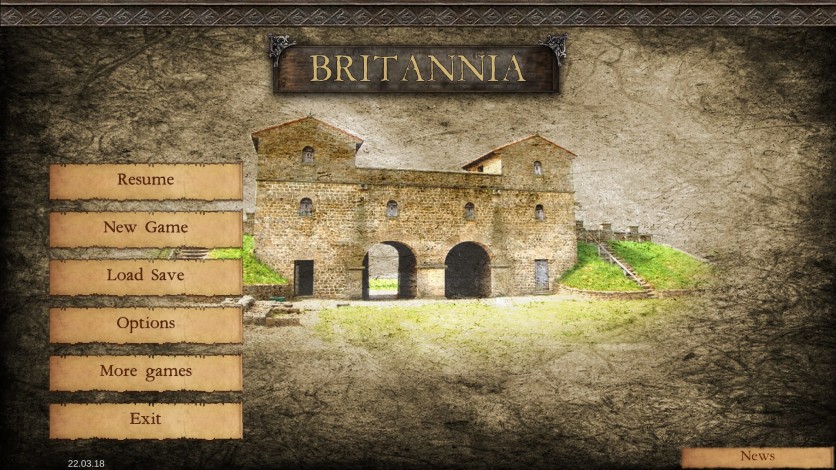 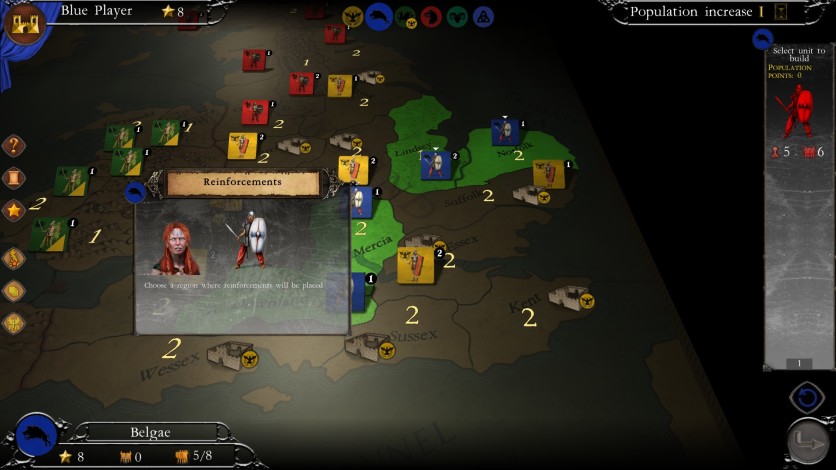 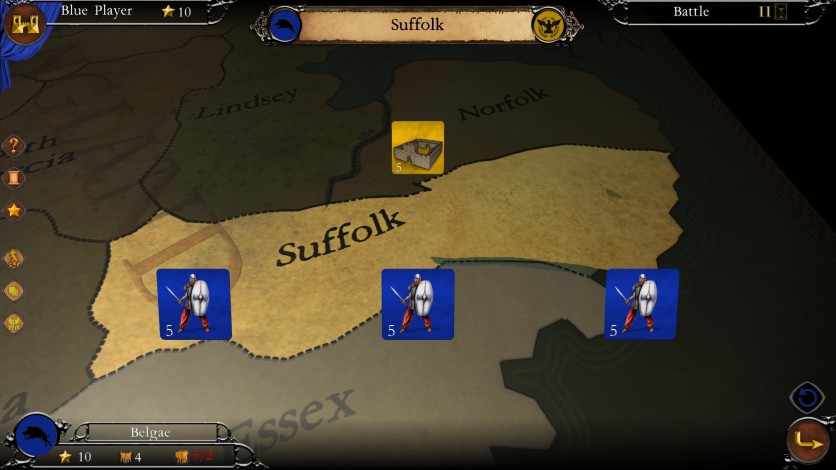 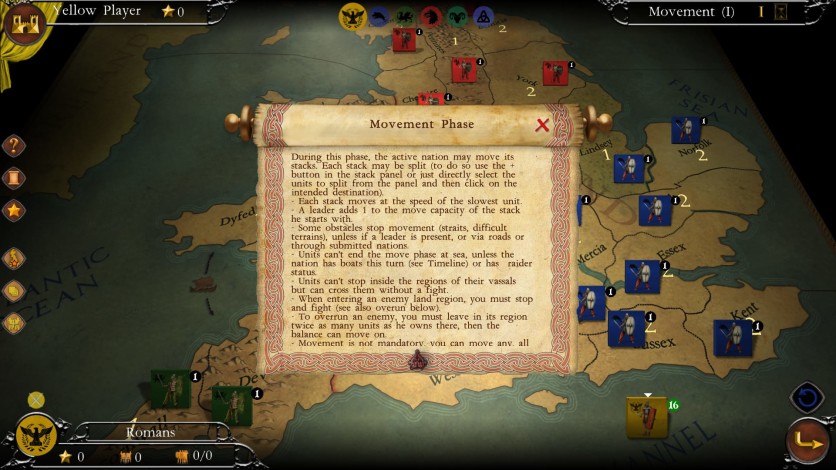 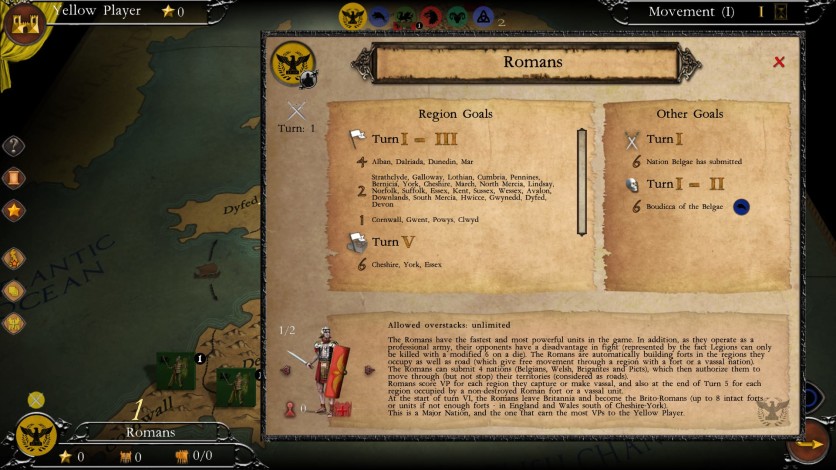 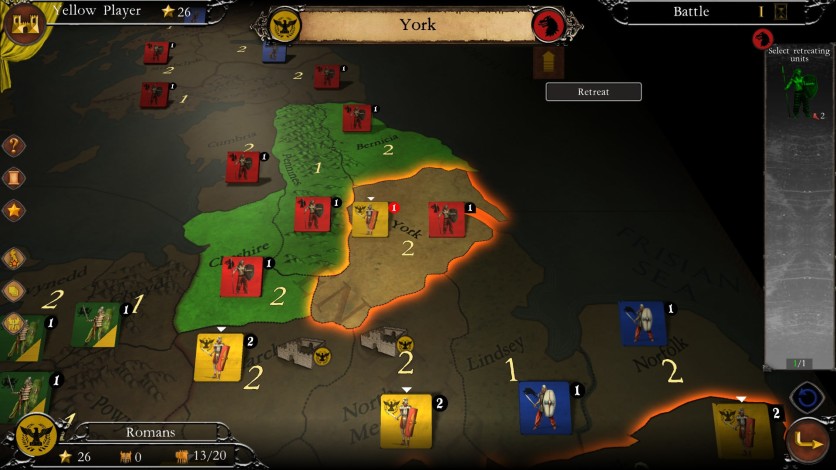 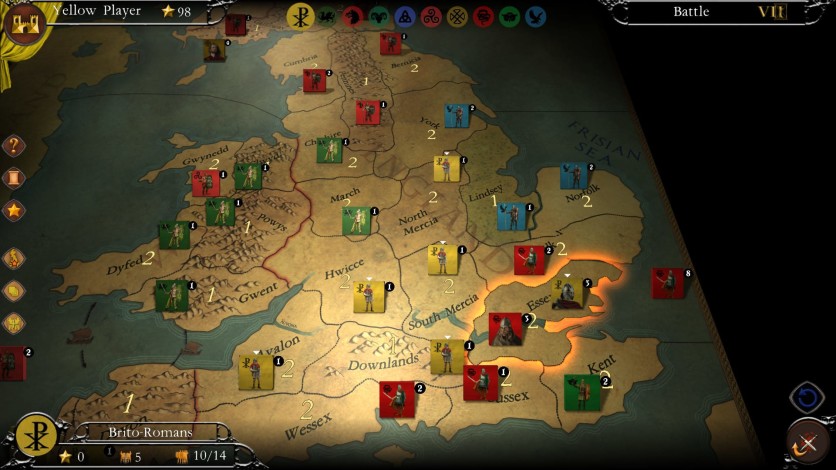 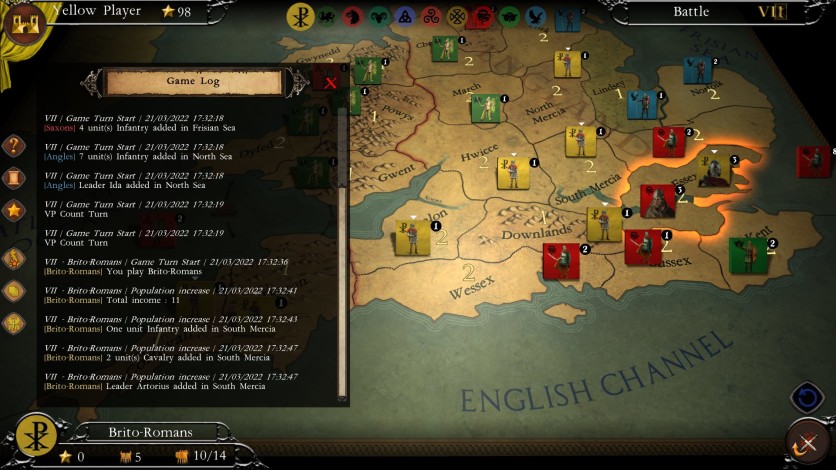 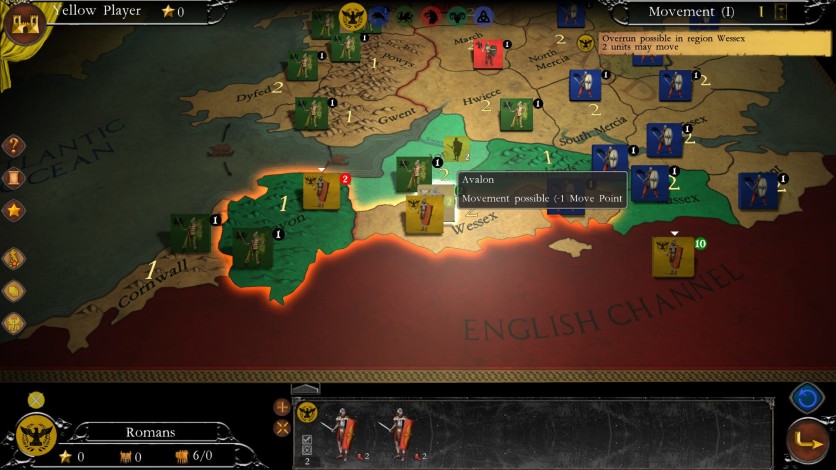 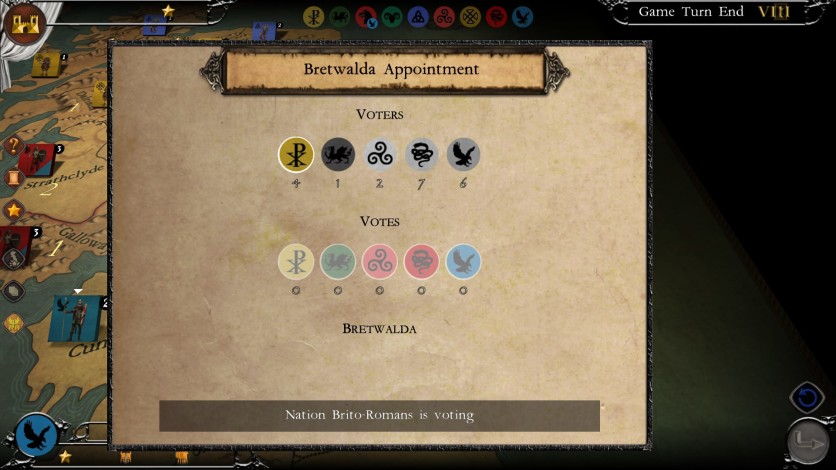 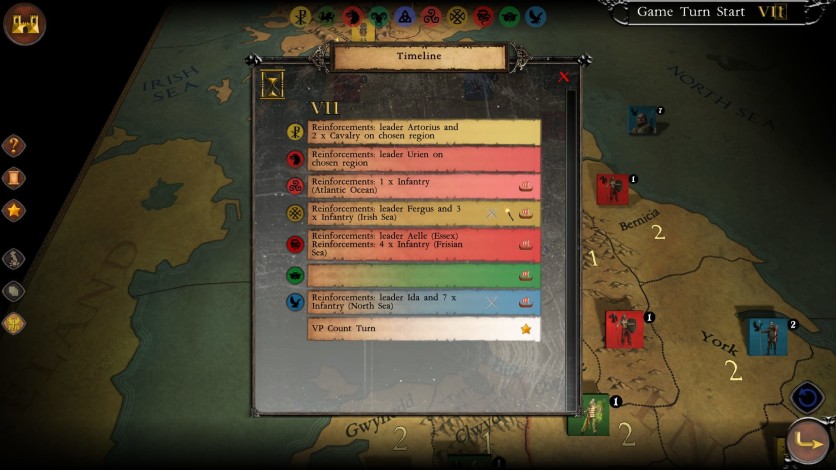 Britannia is the eponymous adaptation of the historical board game that broadly depicts the age-old conflict for control of Britain from 43 to 1066 A.D. Leave your mark on the island and take control of England, Scotland, and Wales.

Britannia uses the same ruleset as the historical board game and relies on support from the original creators. Take control of a nation and issue strategic recommendations to move forward and gain the upper hand over your enemies.

Earn victory points by conquering and keeping territories, defeating enemy units, and being elected Bretwalda or King of England.