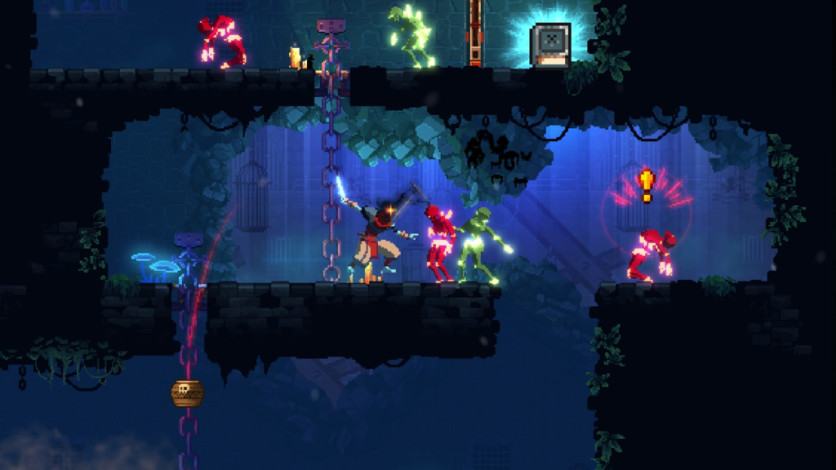 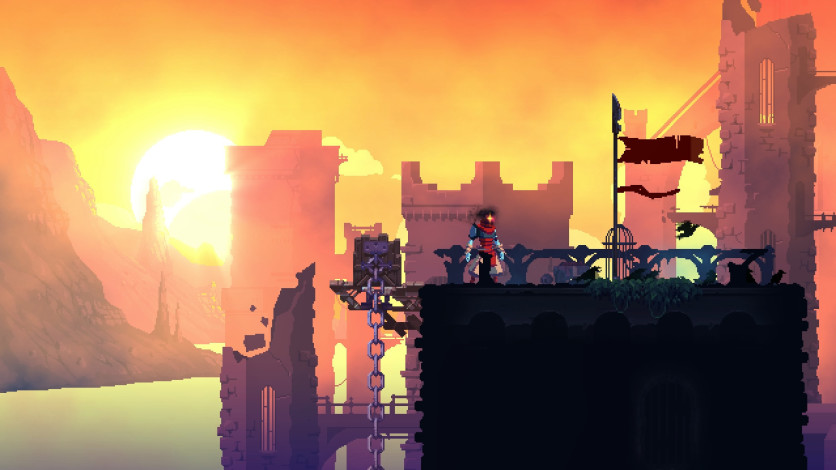 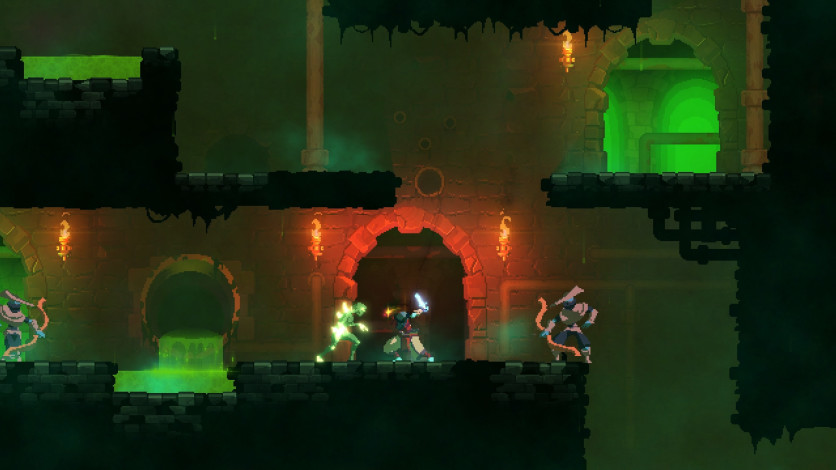 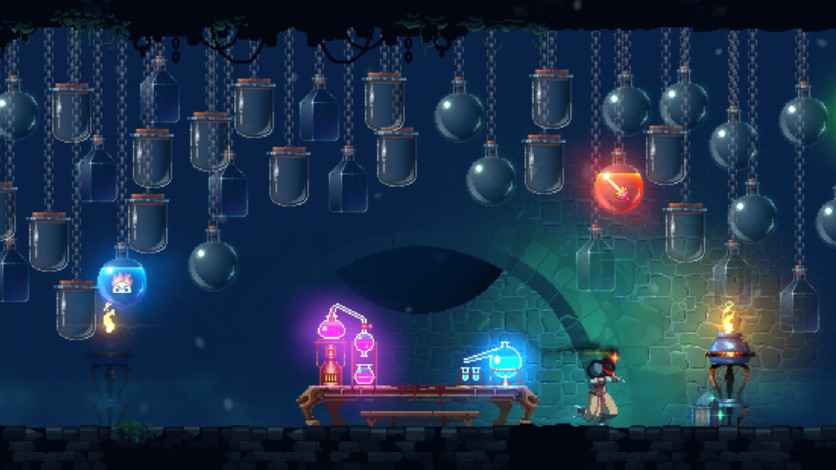 Dead Cells - The Queen and the Sea

Roguelike, Rogue-lite, roguelike-like, rogueschmike! No matter what you call them, the world could always use another! As such, we'd like to present for your consideration, the illegitimate child of the roguelite and the metroidvania, the RogueVANIA. Anywho, enough with the sales pitch, let’s take a closer look.

By metroidVania, we’re really talking about a fixed, hand designed, interconnected world. The game takes place on an immense island that never changes. All of the biomes, bosses and the paths between them are present right from the start. Getting to them is another story...

However, in Dead Cells, death replaces the traditional backtracking mechanic of a metroidvania. At first, seemingly unreachable areas will be strewn across your path, but answers to these riddles will appear as you explore the island. Be it a key, a new acrobatic skill or a forgotten spell. Once uncovered, this knowledge will stay with you, allowing you to unlock new paths to your goal. Sick of the stinking sewers? Head over the ramparts and take a breath of fresh air! It’s your skill, playstyle and of course the loot you find that will determine your path.

Furthermore, as the term "RogueVania" might (not so) subtly imply, we were also quite heavily influenced by the recent wave of roguelites. When there are no checkpoints to save you from your screw-ups, the adrenaline kicks in. And when you lose, you lose big, so you’ve got to make it out alive. Instead of relying on the classic formula of memorising the level design and enemy placement, procedural generation allows us to reward your instincts, reflexes and ability to adapt to evolving situations.

Having said this, we’re conscious that the words “procedural generation” conjure up images of crappy levels and uninteresting gameplay in a lot of gamers’ minds. So we’ve chosen a hybrid solution, with each run being a mashup of carefully designed “chunks” of level. The idea is to give you the feeling of meticulously handcrafted world, while making sure you have a new experience every time.

Don’t expect it to be a walk in the park though. Pattern based monsters and demanding boss fights will teach you to choose your battles and build your strength. Every weapon has its own unique feel and rolling and dodging will become second nature, as you learn to manage the mobs of monsters that will overwhelm the unprepared. We’re going after that “tough, but fair” feeling. Tired of the violence and death? Explore a bit, take a stroll, enjoy the view from the ramparts, find a secret room. Thomas and Gwen, our graphic artists, never miss an opportunity to impress with their pixelart and shape a world worth exploring. You might even learn a little more about the lore of the place, who knows?