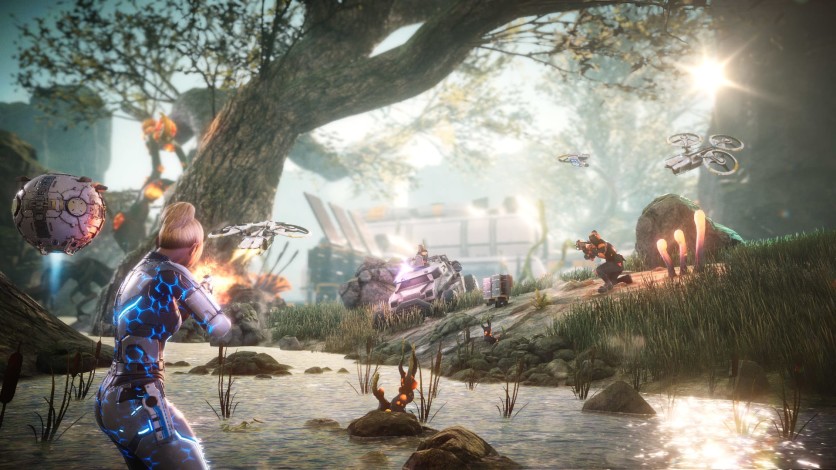 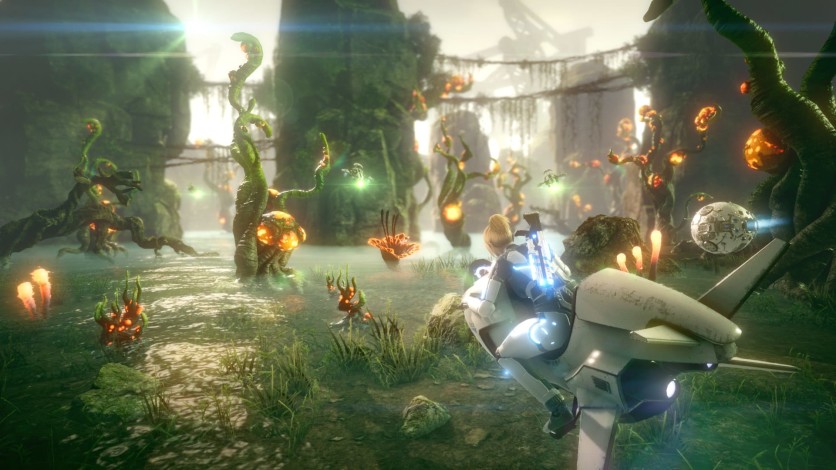 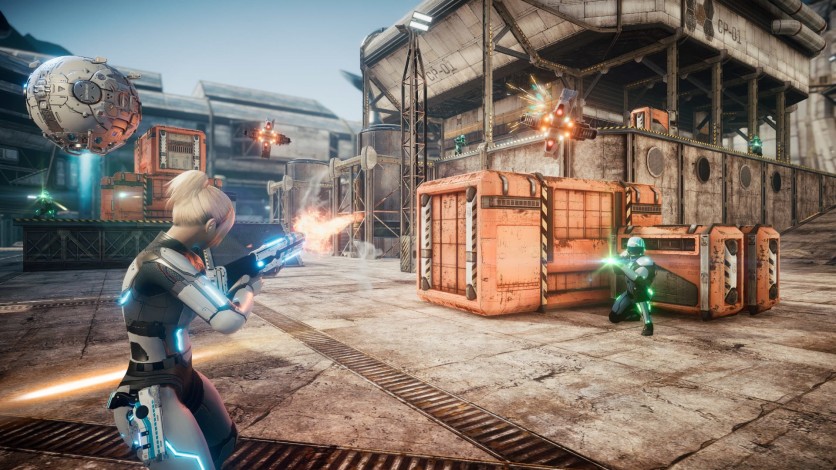 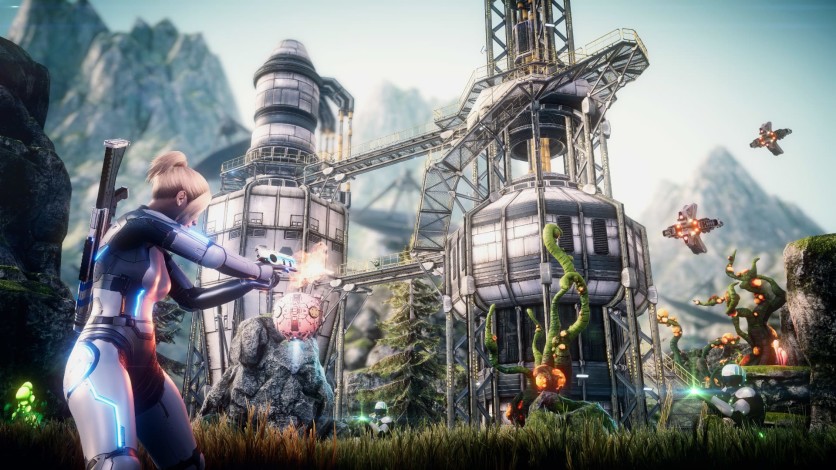 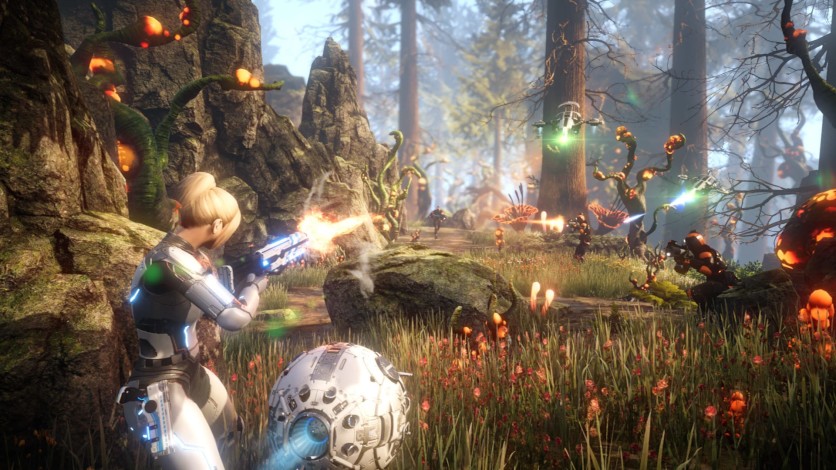 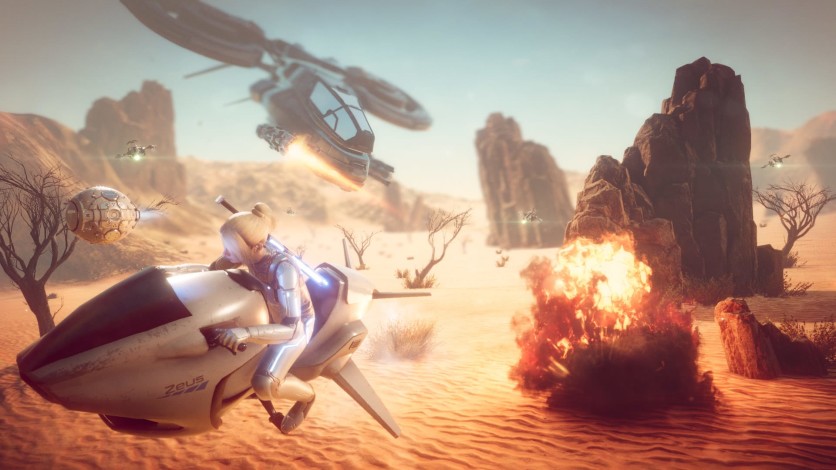 Everreach: Project Eden is a fast-paced, story-driven action-RPG set on the visually stunning Planet Eden. In Everreach, you play as Nora Harwood, member of Everreach’s Security Division, on a mission to secure the colonization process of Eden and investigate mysterious incidents.
Explore this vast alien world and descend into the planet’s depths to discover the ancient secrets of a long-forgotten civilization. Packed with tactical ground combat, high-speed vehicular warfare and a compelling level and skill system, Everreach immerses you in its intriguing story and diversified gameplay.