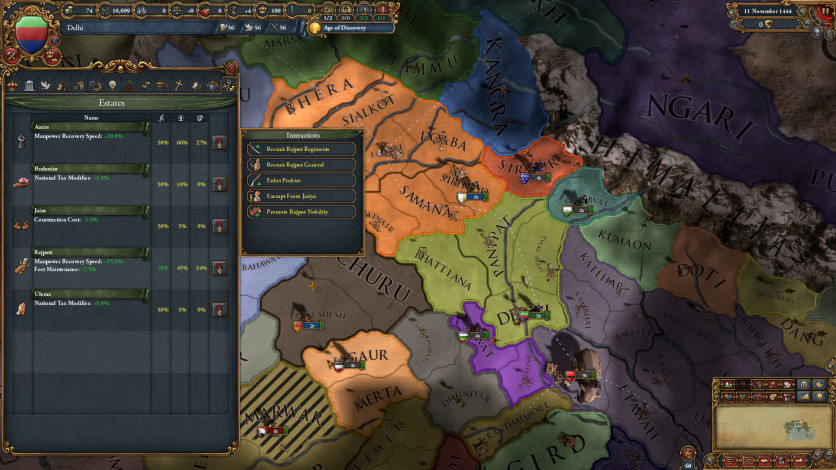 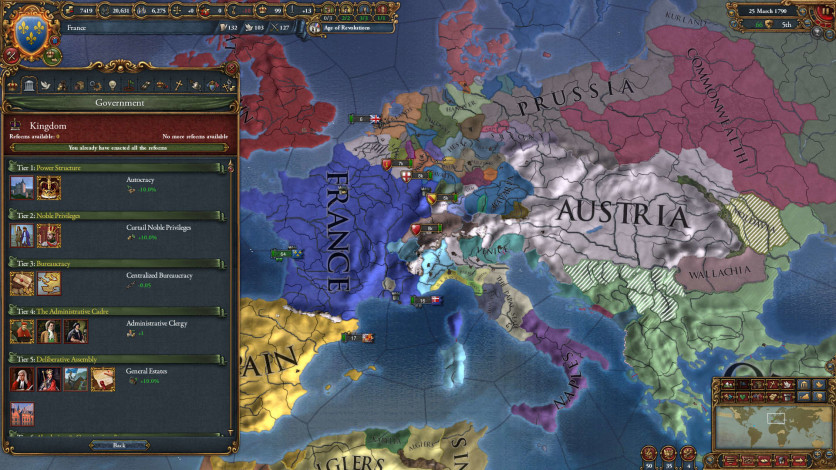 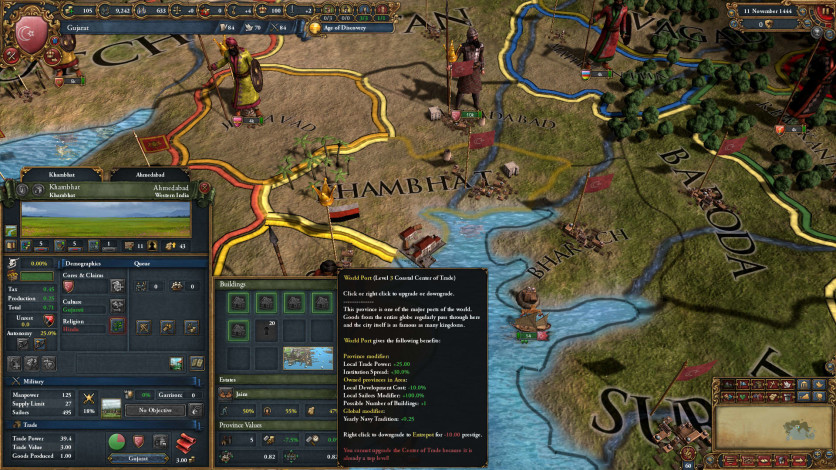 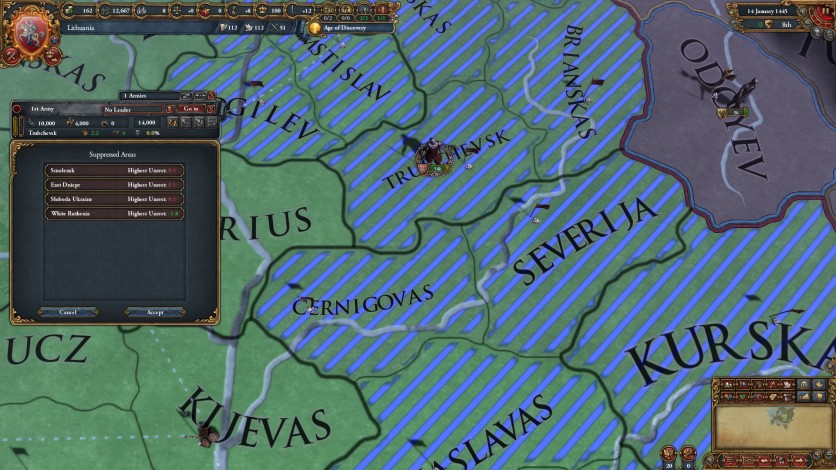 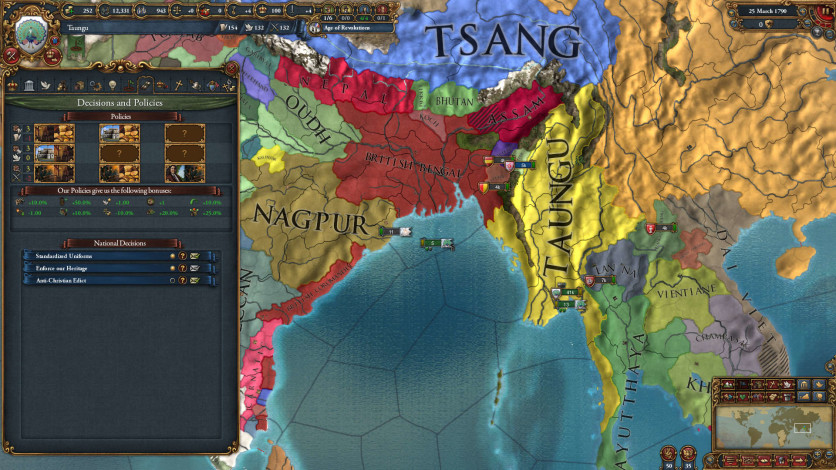 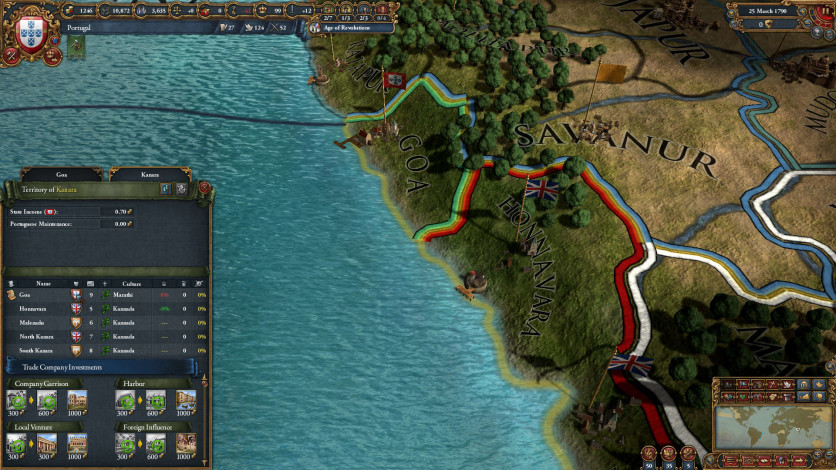 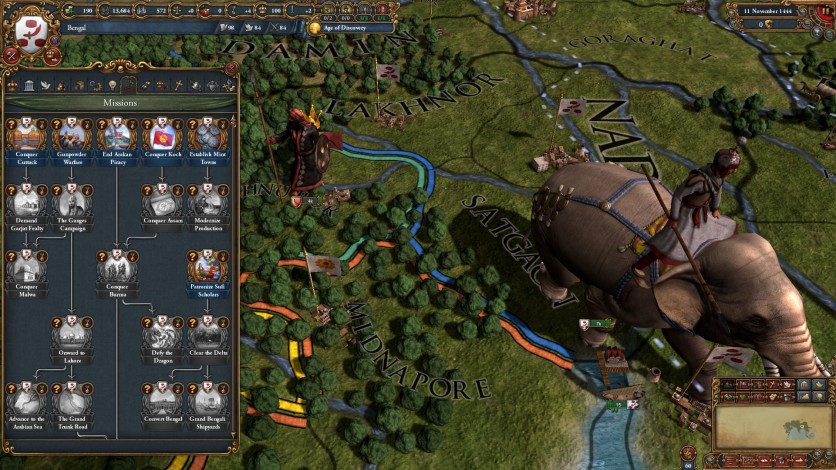 The Dharma Collection includes both the Dharma expansion for Europa Universalis IV and the associated content pack.

Dharma, as the name suggests, has an Indian focus, with new in-depth mechanics for the Mughal Empire, as well as a new system for managing trade companies and charter companies in the Indian, African and Asian trade zones. Policies and estates have been completely reworked for all players, with enhancements in the Dharma expansion. The biggest change for all nations is the Government Reform system, in which you model and design your government through the course of the game, adding new bonuses to fit your situation.

The Dharma Content Pack includes new unit models for both Hindu and Muslim Indian nations, including especially drawn elephant units for some armies. It also comes with dozens of new advisor portraits and over ten minutes of new Indian themed music.