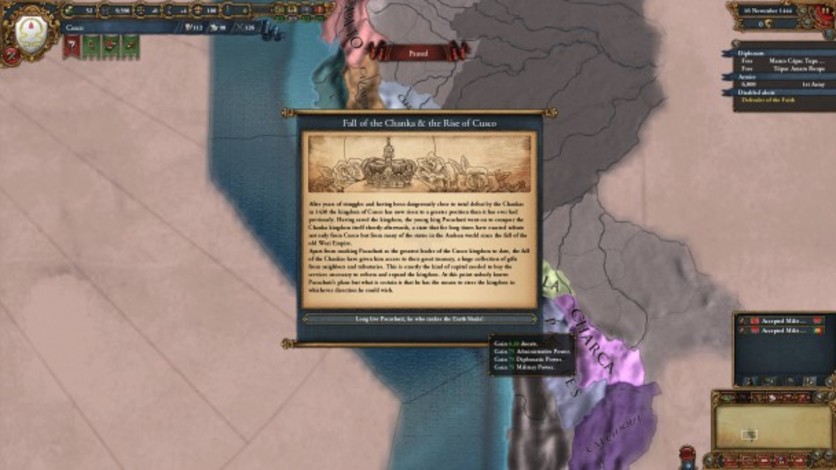 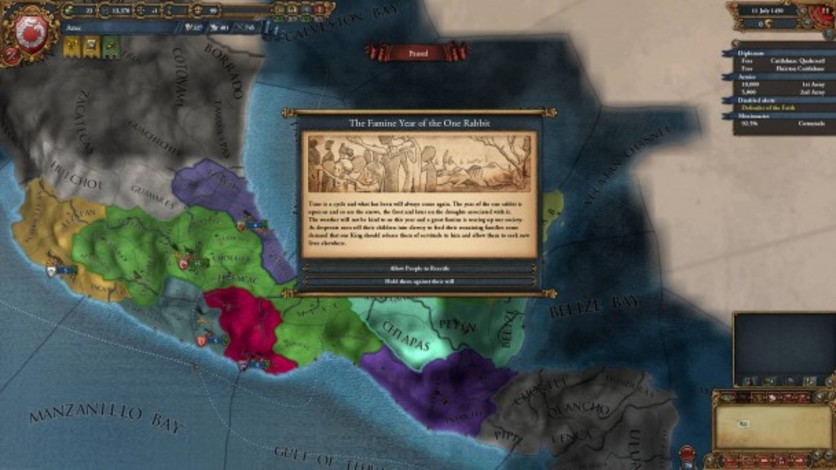 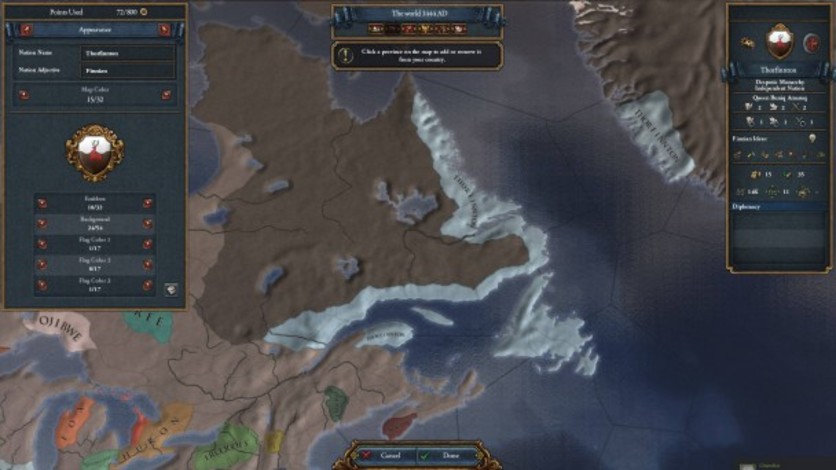 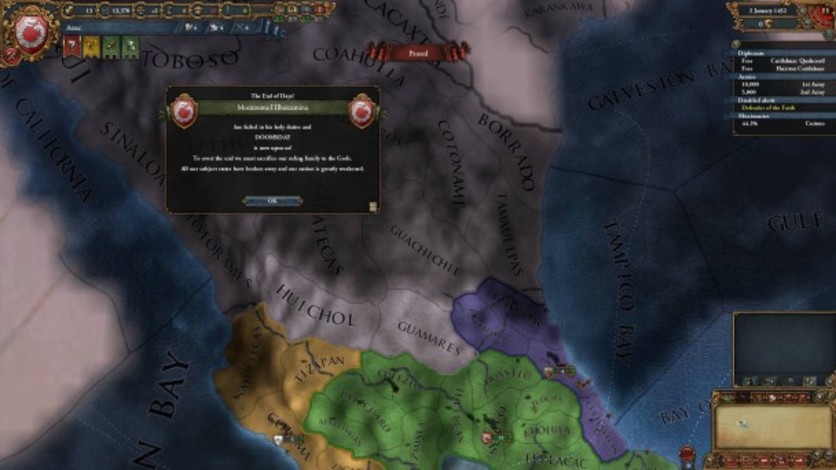 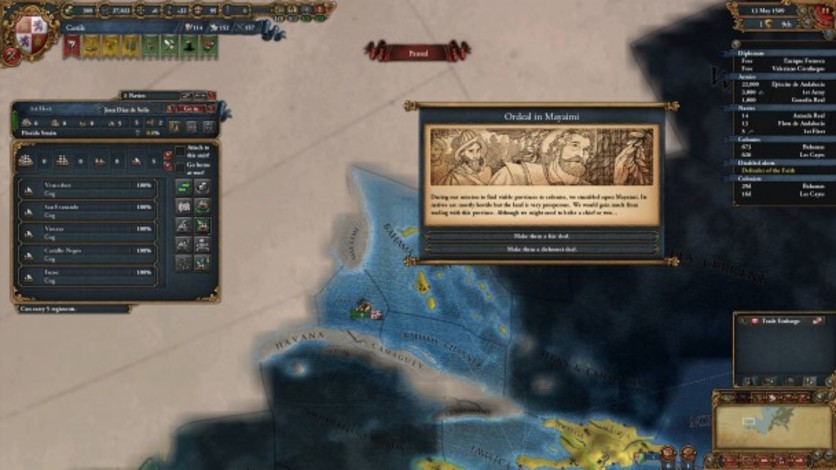 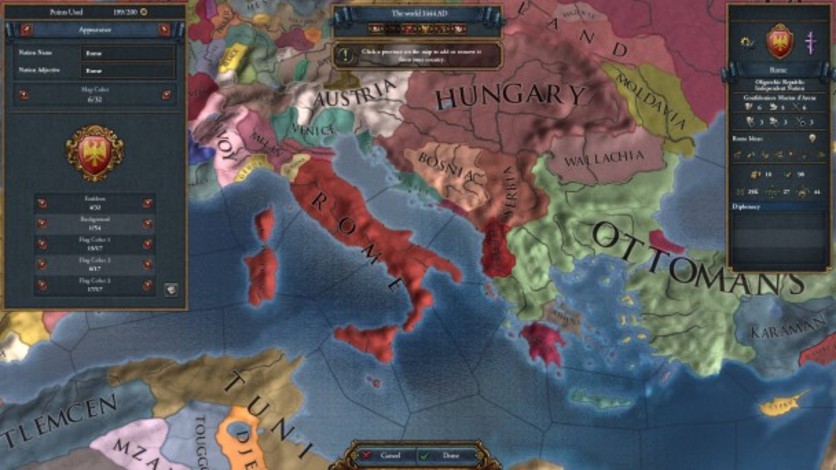 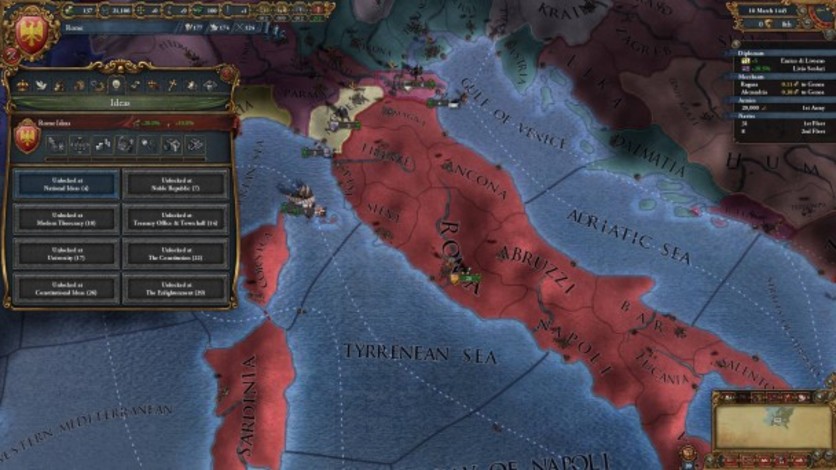 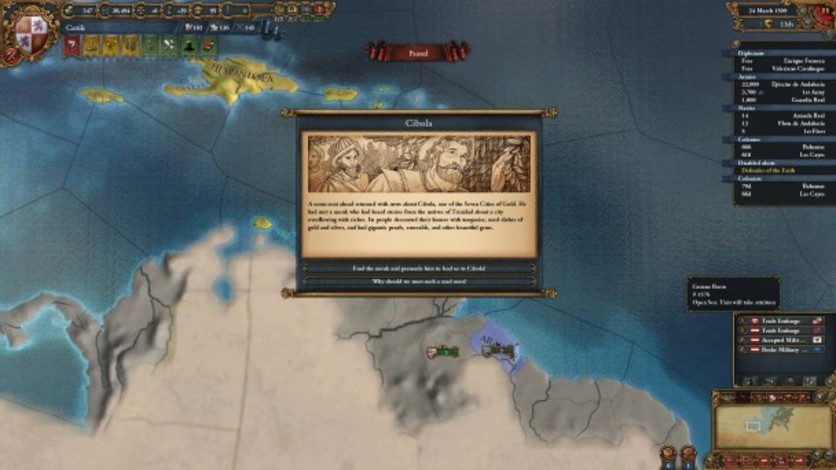 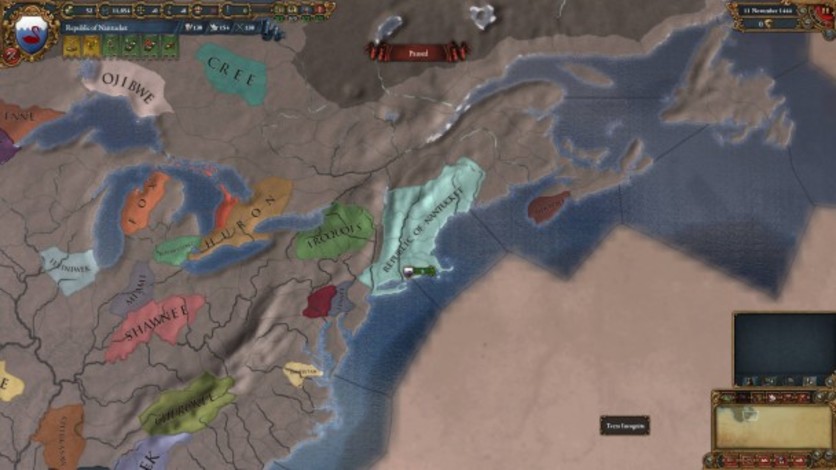 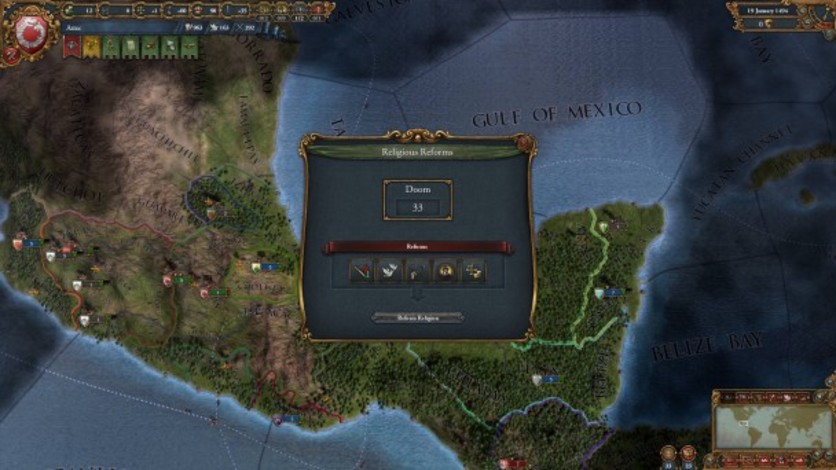 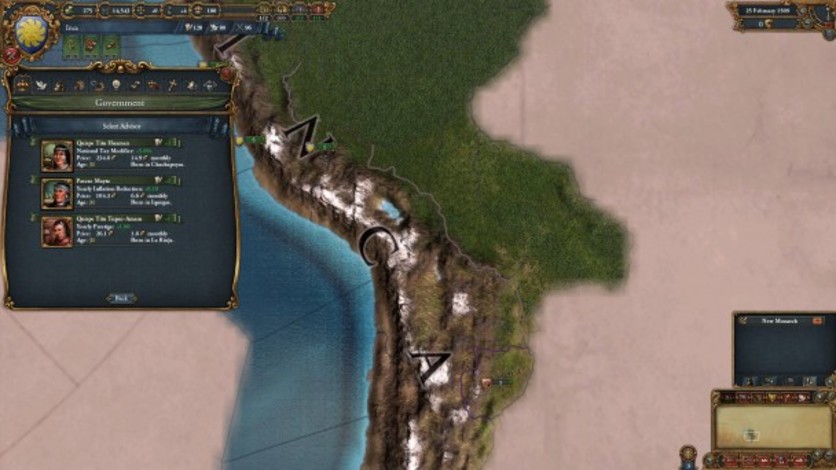 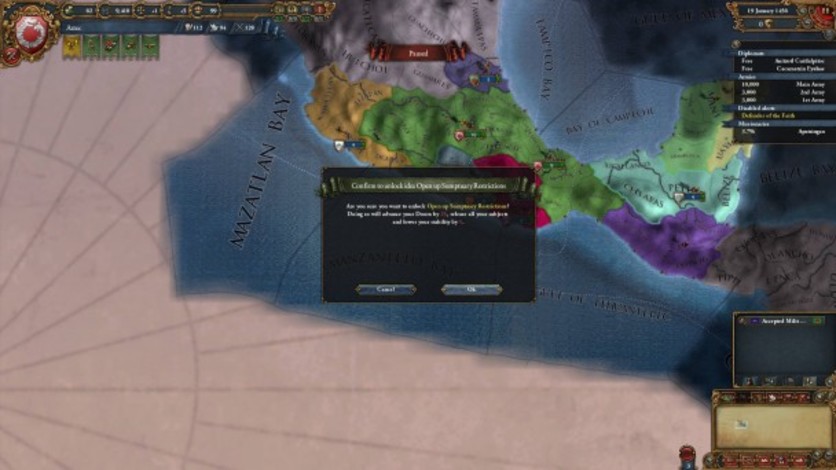 El Dorado is the fifth expansion to Europa Universalis IV and brings to life the conquests, creeds and discoveries synonymous with the Age of Exploration. The centerpiece of the latest addition is the Nation Designer, which allows the customization of a starting nation in a campaign and further enhances EU4’s already near infinite replayability.

This expansion’s focus on Central America and South America introduces new religions whilst impactful theaters of exploration will challenge you with new decisions worthy of a king or conqueror. As the Aztecs, subject the Mexican plain to your rule but be sure to have enough vassal kings to sacrifice to your angry gods. As the Europeans, push deeper into the jungles of the Amazon, following rumors of lost cities and magical fountains.

Whatever path you choose, El Dorado is sure to be a golden addition to your Europa Universalis IV playing experience.