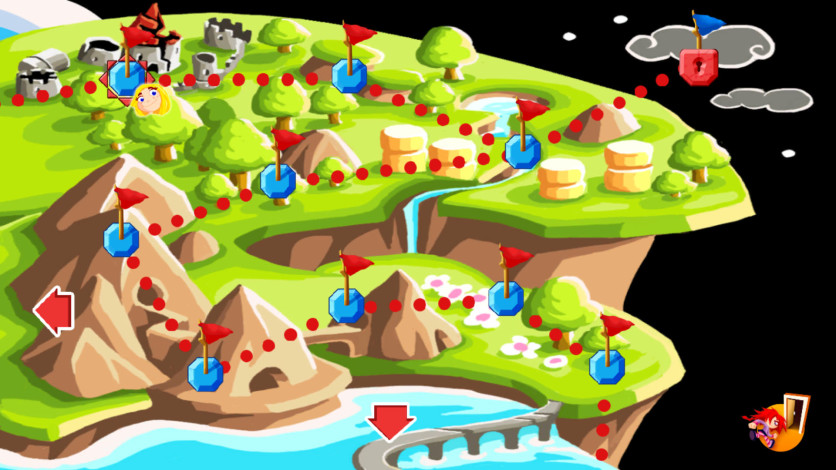 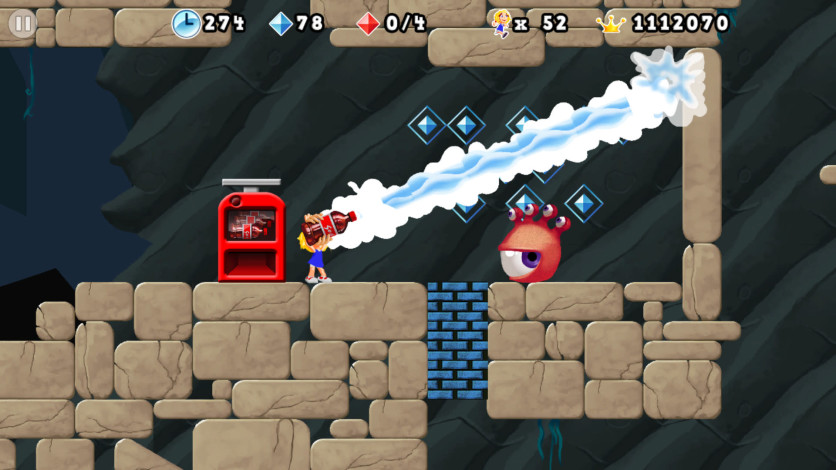 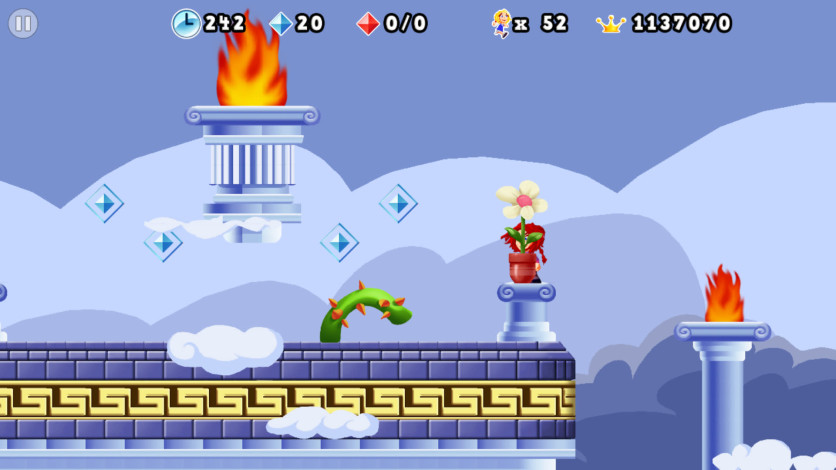 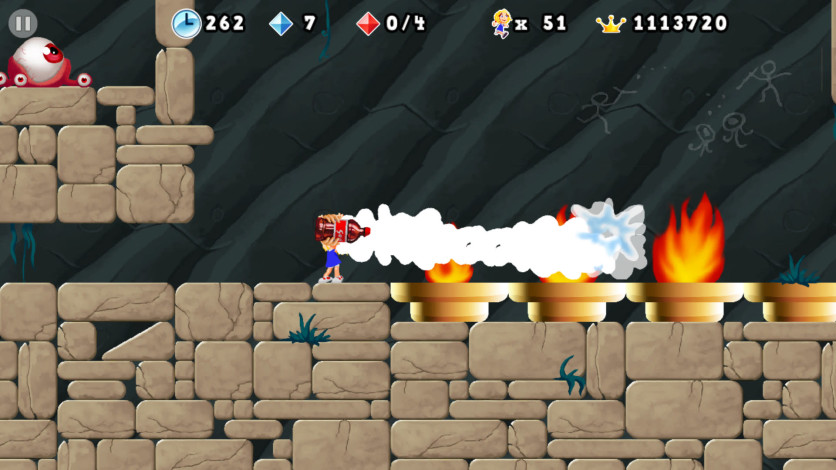 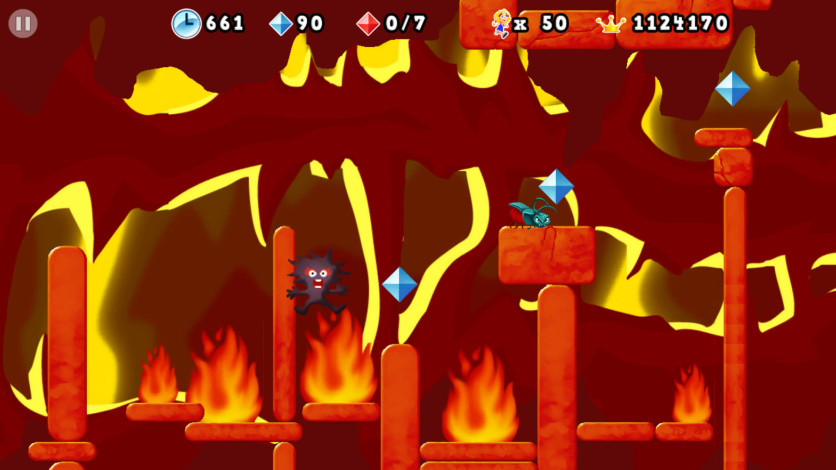 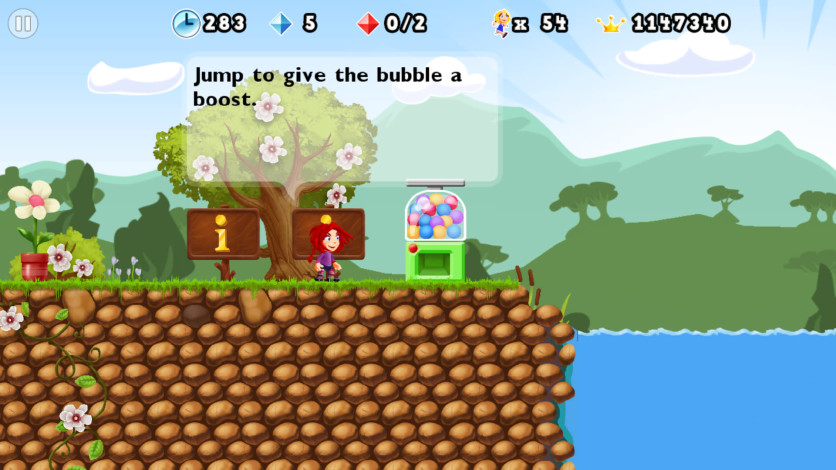 Giana Sisters 2D has HD graphics and full support for control. Intuitive manipulation and a smooth learning curve keeps this title a favorite of fans, drawing more followers each year. It also contains the 32 levels of the original game - restored with love and care to honor loyal fans and officially bring the world of Giana to new gamers in love with big 2D platform names.

"The Great Giana Sisters" was one of the first platforms to be released for Commodore 64. Although sales were stopped shortly after the game's release, The Great Giana Sisters became a classic; and Giana an iconic part of the video game story. In 2009, a remastering of the Giana sisters and the release for Nintendo DS began.

Giana Sisters DS marked the beginning of a new series of Giana Sisters games and now we are happy to complete an HD remake of the 2009 version of Nintendo DS on Steam.