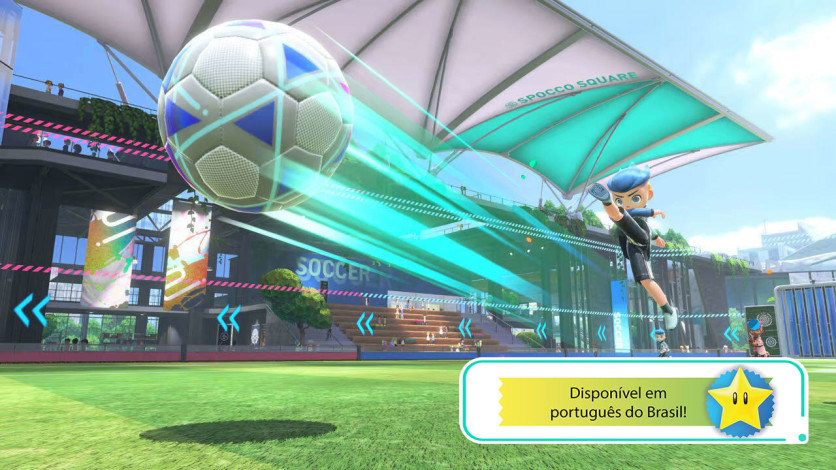 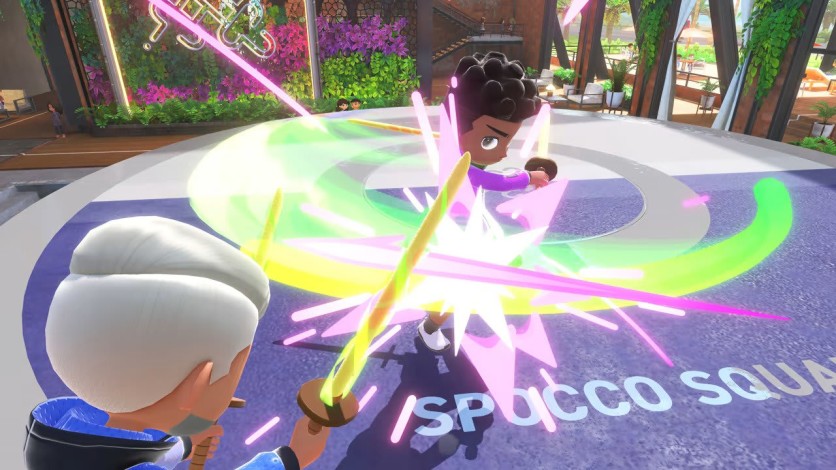 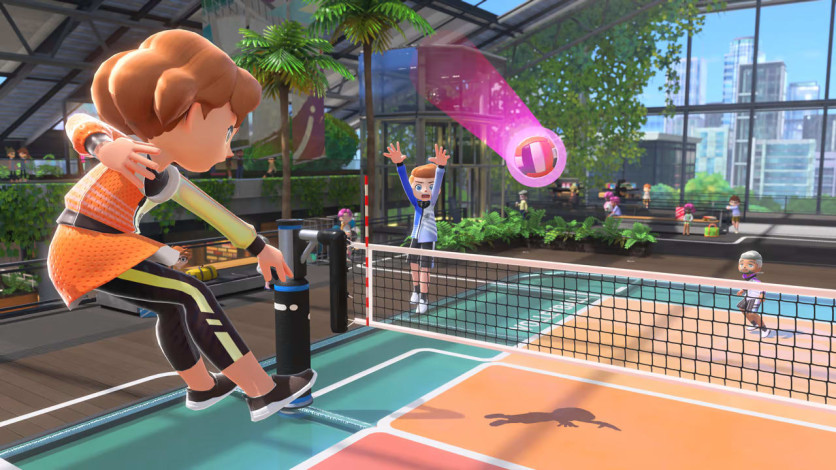 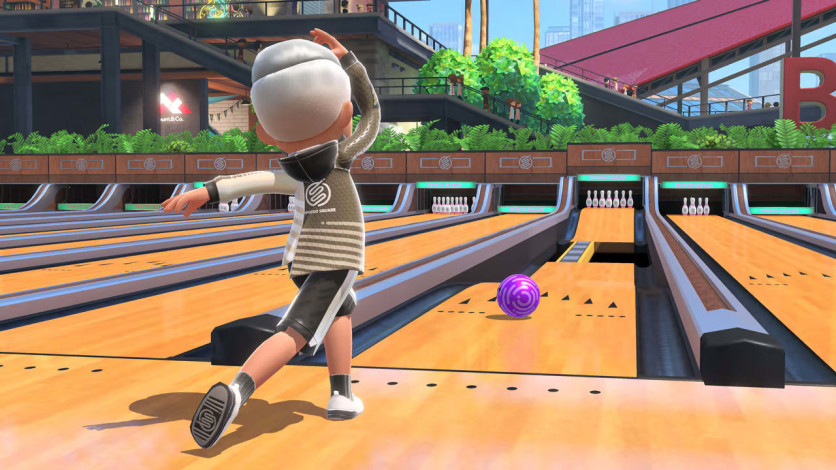 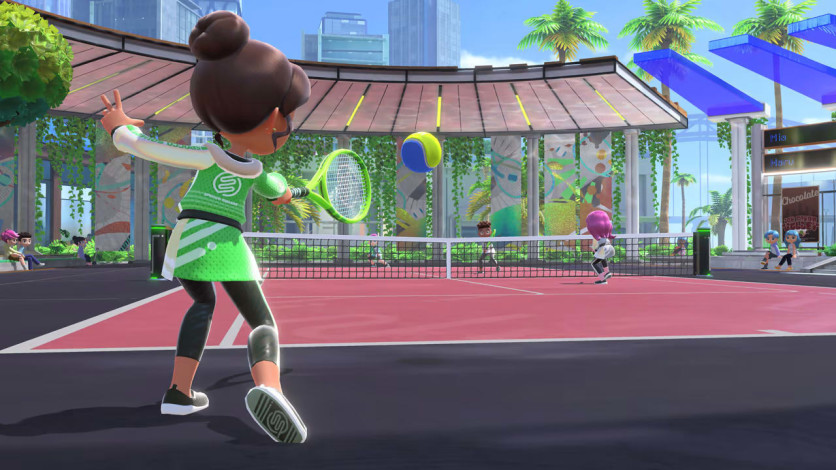 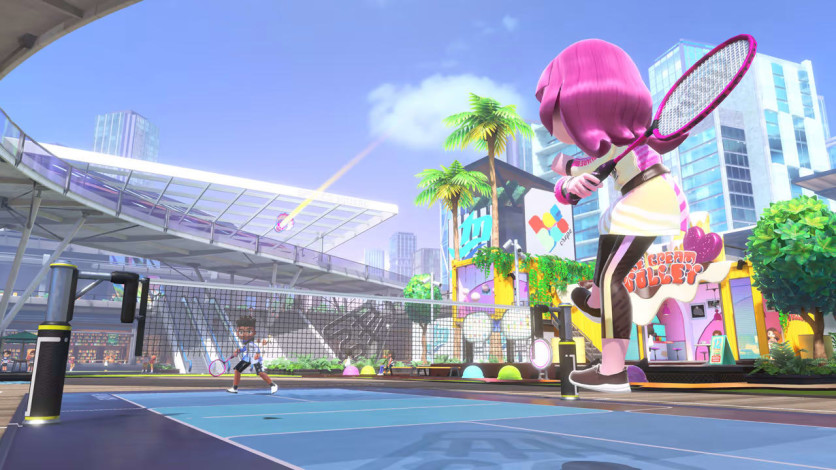 Move around as you play soccer, volleyball, bowling, tennis, badminton, and chambara (sword) using the Joy-Con™ controls!
The controls are intuitive, so all you have to do is get to the court (or lanes, fields, and arena) and compete. With controlled movements you can curve a bowling ball, add a spin to a tennis ball, or even use a Joy-Con controller with the included accessory leg strap when taking a soccer penalty kick. Friends and family can play with you on the same console or online. In addition, a seventh sport is scheduled to be added in a free update in the middle of the second half of this year. Get ready to play golf!

Play online and face off against opponents who are near or far to earn in-game rewards or try to reach the Pro League
Go up against opponents from other places in the world and strive to reach the Pro league in all sports. As you play online against random opponents, exchange points earned for in-game rewards such as clothing, sports accessories, equipment, and more for your avatar. The selection of items will be updated every week, so check back often to see what's new!

Play with friends and family, whether they are in the same room or on the other side of the world
Throw bowling balls, slash shots, and take on friends in all six sports! Pass a Joy-Con controller to a friend in 1-on-1, 2-on-2, or everyone-on-everyone competitions. No one will stand still! In bowling, all players can bowl the ball simultaneously, without having to wait their turn. Play each sport online, or team up with a friend on the same console to compete against opponents near or far in team sports like volleyball and tennis.