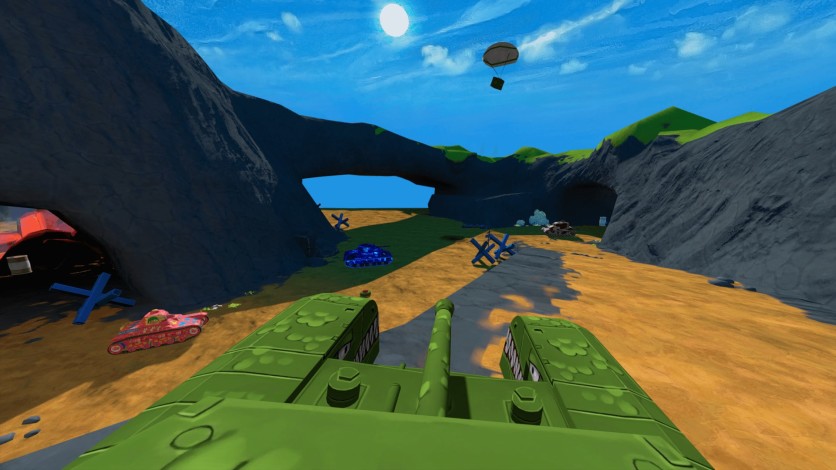 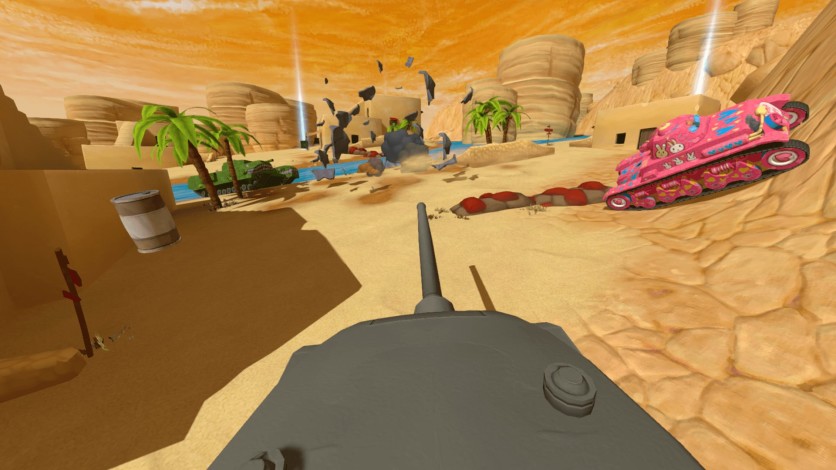 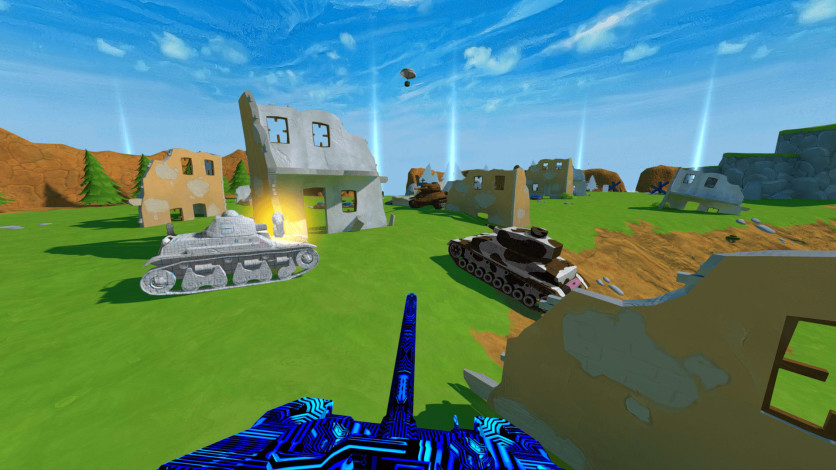 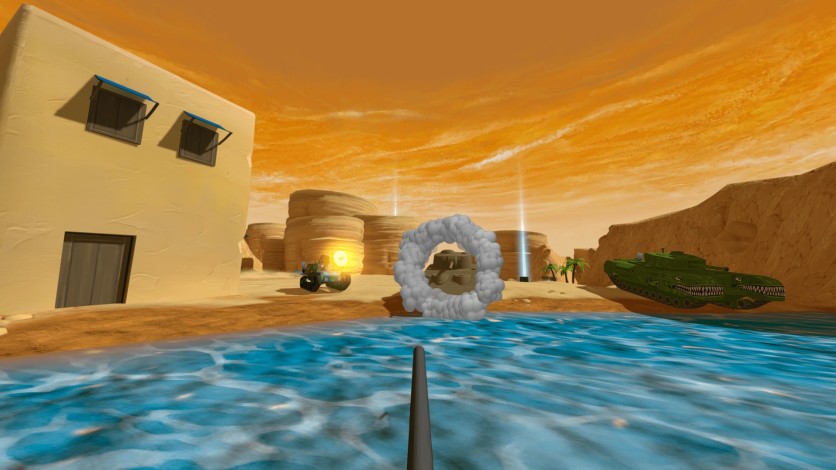 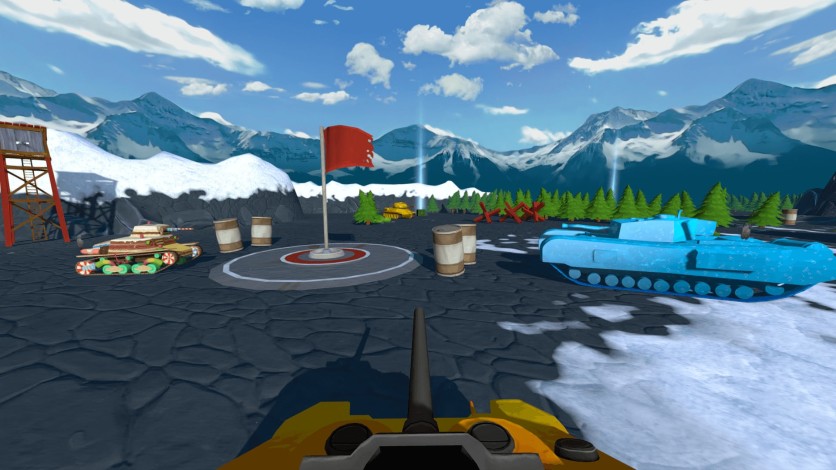 The Battle is on! Face off against your friends in thrilling multiplayer panzer battles for supremacy! Defend your base against attacking tanks and destroy your enemies in breathtaking firefights. Capture the enemy flag, as you blast your way through the enemy lines. Use the various power-ups wisely to boost your abilities and turn the tide of battle!

PANZER PANIC VR is an innovative virtual reality arena game that places you behind the controls of a battle ready tank. Choose from a collection of different tanks and customize them. Challenge up to 3 friends in local multiplayer or hone your skills against a cunning AI on many action-packed maps. Will you be the hunter or the hunted, as you rush to secure victory for your team?