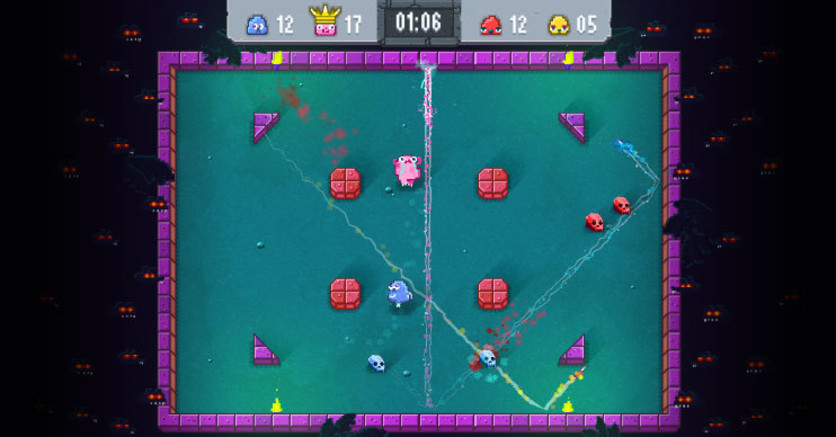 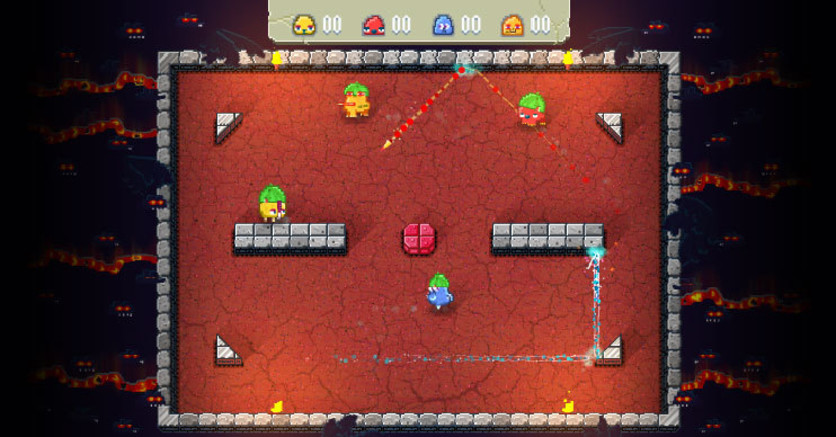 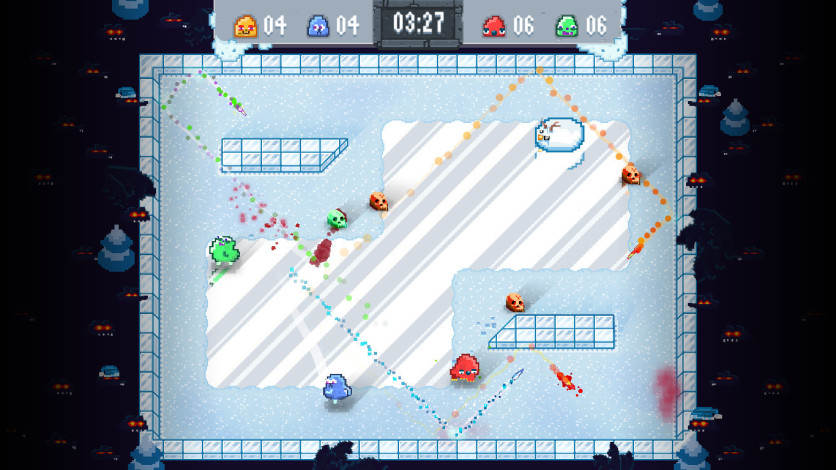 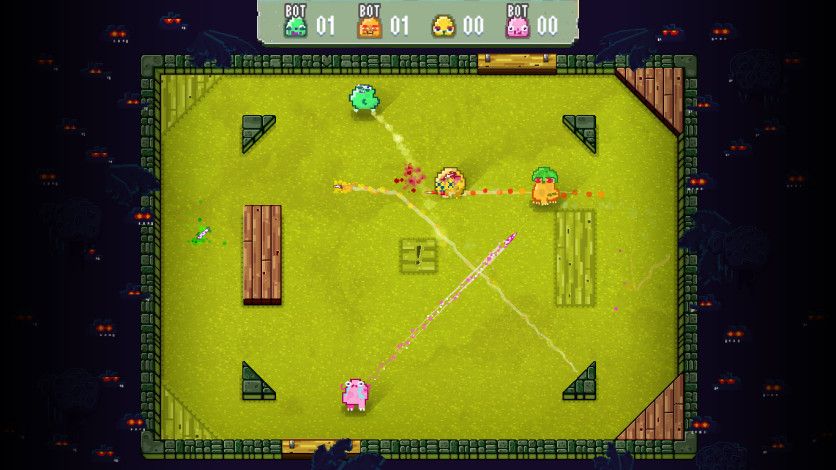 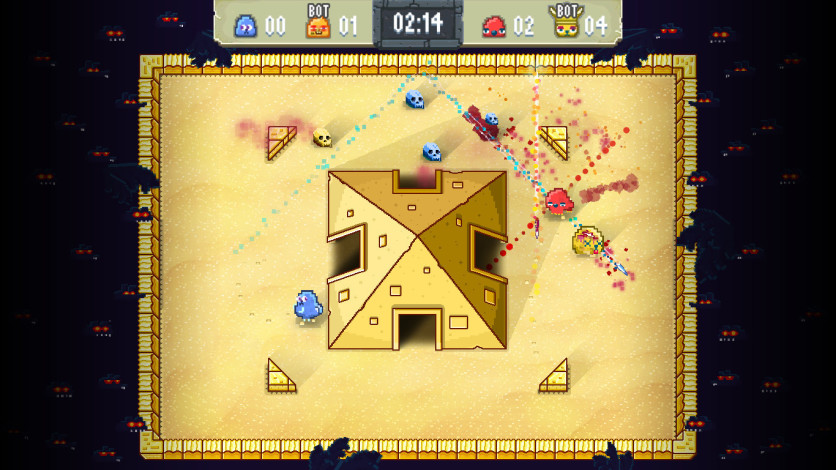 Porcunipine is a couch multiplayer about balding porcupines fighting courageously for survival using their very last pointy quills. The concept of the game is simple: You are a majestic and terribly violent porcunipine. You have one quill which you can shoot at your opponents. Once you shoot, you have to go and pick up that quill before you can shoot again. Your quill rebounds from walls and obstacles, and can kill you just as easily as it can kill your enemies.

FIGHT to the death with sharp needles of pain

COLLECT the skulls of your fallen enemies

JIGGLE your way around exciting arenas with unique special features